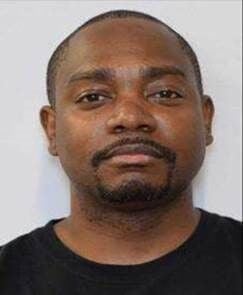 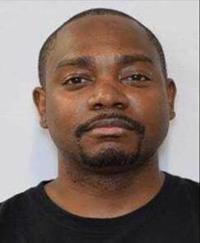 Lamar Taylor, 43, is suspected in the shooting that left Kevin Patterson, 62, and James Love, 58, dead. 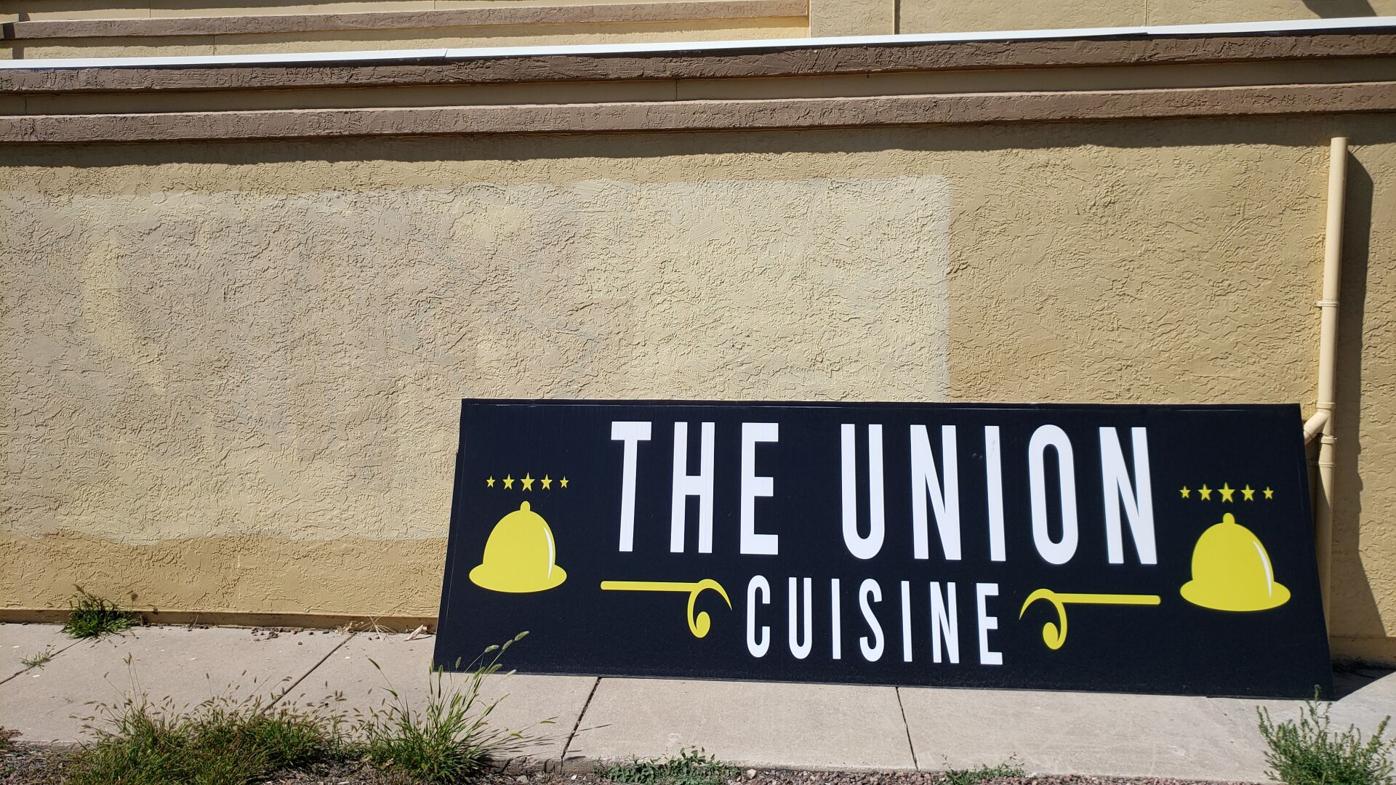 Lamar Taylor’s sign for his restaurant and catering service, Union Cuisine, is propped against a wall near the back of the Elks Lodge at North 3680 Citadel Drive. 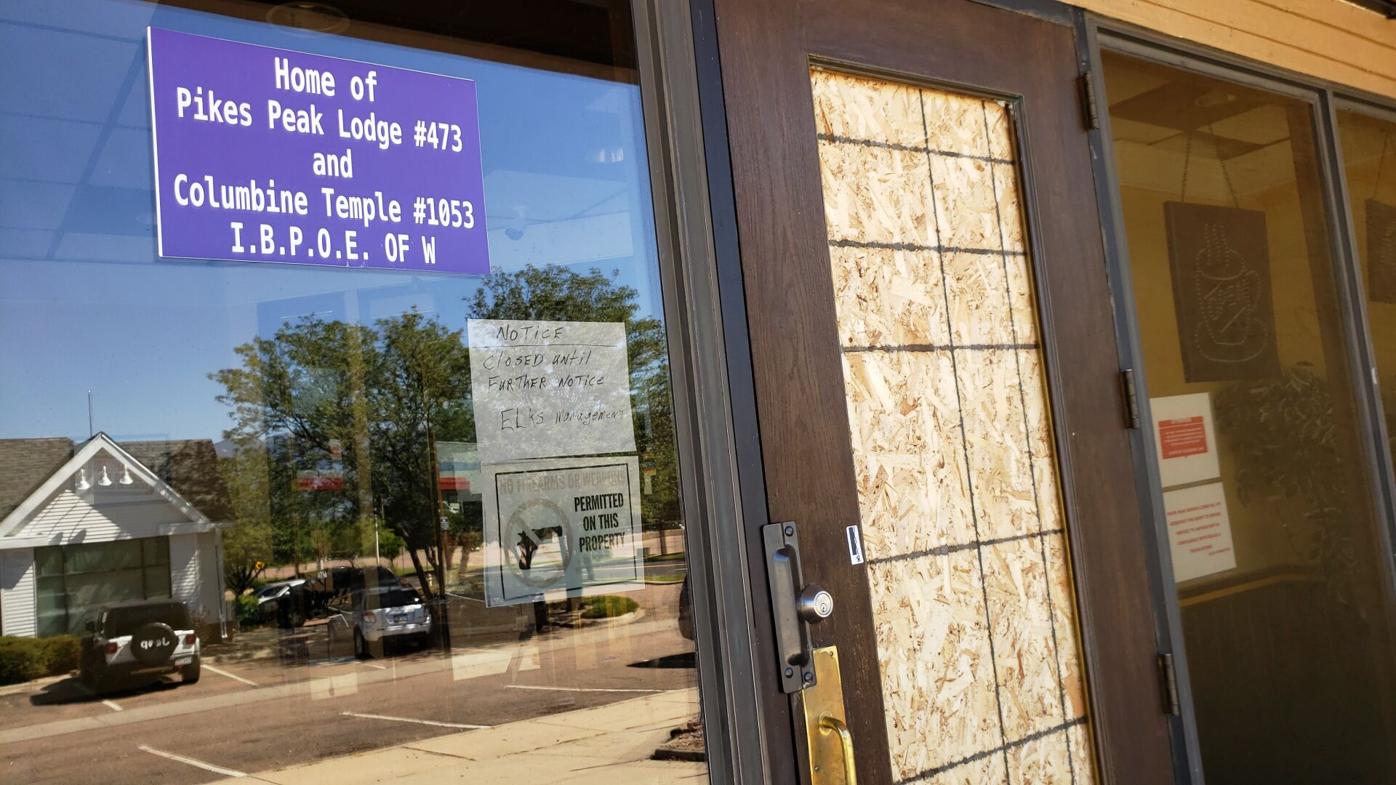 Particle board covers the front door of the Elks Lodge at 3680 North Citadel Drive, where on Sept. 9 a bullet shattered the door’s glass as a lodge bartender fled a shooting that killed two. The lodge is closed until further notice.

A man angry about the removal of a sign for his restaurant shot two people in the head during a workplace meeting before opening fire on others on Sept. 9, an open arrest warrant shows.

Court papers allege Lamar Taylor, 43, was angry at two managers — Kevin Patterson, 62, and James Love, 58, — of the Elks Lodge at 3680 North Citadel Drive, who according to a lodge bartender had taken down Taylor’s sign advertising his catering service, Union Cuisine, also located in the building.

The three sat down to discuss the issue sometime before 3:45 p.m. last Thursday in the lodge’s kitchen, police said in an affidavit backing the arrest warrant.

At some point during the meeting, detectives said, Taylor abruptly shouted, stood up, and pulled a small-caliber pistol. Patterson also got up, and tried to run before Taylor shot him.

When Patterson fell, investigators said Taylor turned the gun on Love, shooting him in the head.

Karen Williams, the lodge’s bartender who first reported the shooting, told police that as she ran from the building, she heard another shot and glass breaking on the front door, where she had just exited. She told police she thought Lamar had fired at her as well.

Police said Taylor shot at Patterson at least one more time before leaving through the building’s back door and walking to his SUV parked nearby. Police said he grabbed a shotgun from the vehicle, and turned back toward the lodge.

Jesus Martinez, a 21-year-old construction worker on a job site nearby, told police he was walking to the lodge for a bathroom break when he saw Taylor, shotgun in hand, near the building. Martinez said Taylor aimed the shotgun at him, racked a shell, and fired.

When Martinez turned to run, Taylor fired toward the crew, police said.

Police said a worker at a nearby auto garage, who gave a description of the shooter that matched Taylor, told detectives that after hearing several shots, he saw the shooter jump into a black Nissan SUV and race toward North Academy Boulevard.

Tracy Collins, who worked for Patterson and Love at the lodge, told detectives she was asked to attend the deadly meeting, but had refused out of concern for her safety, court papers allege. She told investigators that was because she'd been harassed by Taylor, and had filed a complaint against him.

Police showed Collins surveillance footage of the shooting from cameras inside the lodge and she identified the shooter as Taylor, court papers said. Authorities said they corroborated that identification with a photo and description of Taylor pulled from a Colorado Department of Revenue database.

Love and Patterson were pronounced dead at a local hospital on Sept. 10.

Police said Taylor is wanted for the murder of Love and Patterson and other potential charges.

Colorado Springs police released the identities of two men who died following a shooting just north of The Citadel mall.