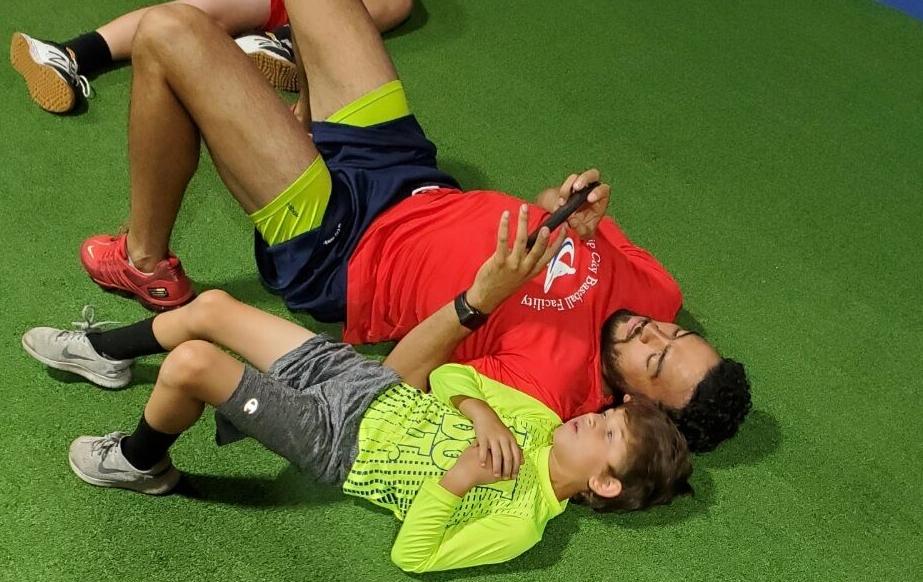 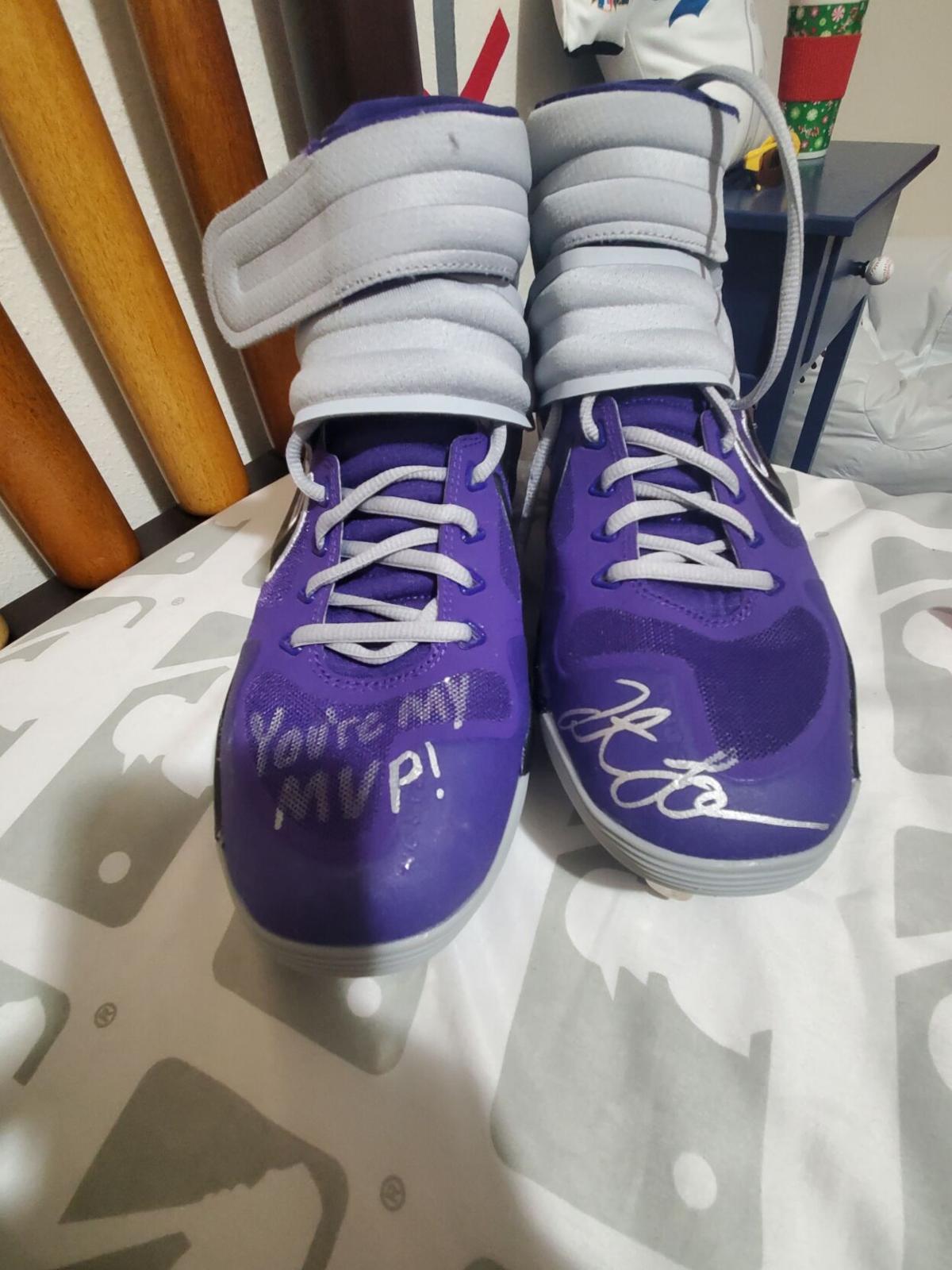 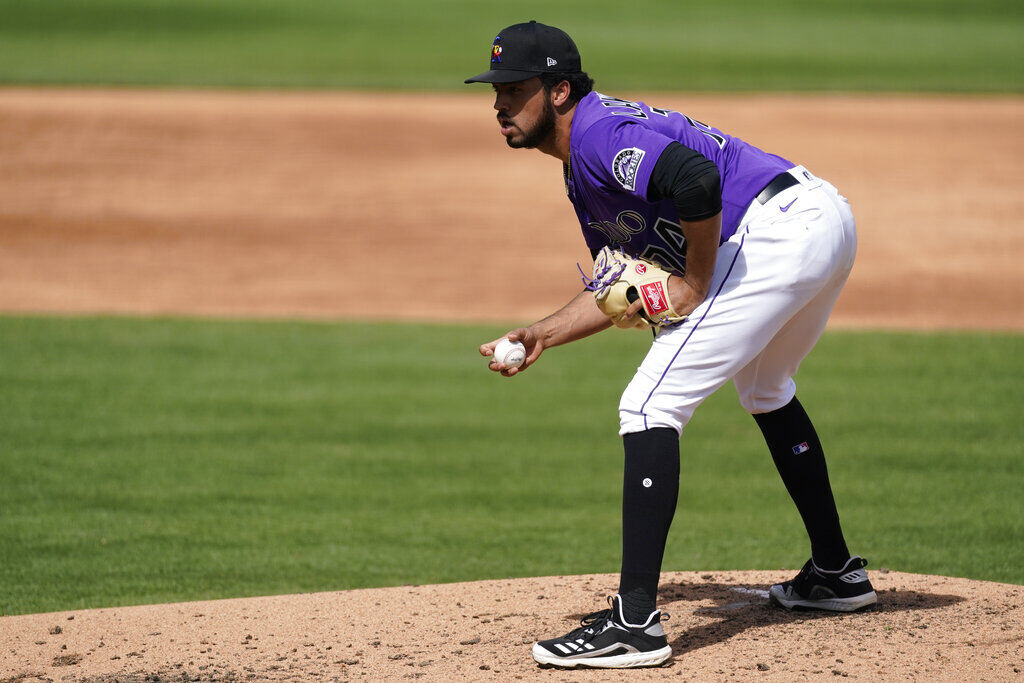 Justin Lawrence's best friend wasn't able to see his MLB debut for the Rockies on Thursday night. It was on past his bedtime.

“He was obviously ecstatic,” Jared Brown said about his son Beckham, who is on the Autism spectrum.

Lawrence, a sidearm reliever, pitched a scoreless inning and earned his first major league strikeout on a 101.2 mph sinker. It was more meaningful, Lawrence said, after the roadblocks he had to overcome to get to that moment.

“I wouldn't wish what I had to go through on my worst enemy,” Lawrence said. “Especially when it wasn’t deserved.”

A bond is formed

Lawrence picked up stock after the 2018 season, when he had a 2.65 ERA in 55 appearances with Class-A Advanced Lancaster.

He was on the rise, getting closer to the major leagues, when his ERA began to plummet. He finished the 2019 season with a 8.76 ERA after spending time in Double-A and Triple-A.

Soon, his career was unexpectedly put on hold. He was suspended before the 2020 season for taking DHCMT, a banned steroid substance. Lawrence said that he unknowingly ingested the substance, and that an NSF-certified supplement he was taking was contaminated.

Still, the suspension stood. Unable to train with his teammates, Lawrence returned to his hometown of Jacksonville, Florida, and to Rip City Baseball Facility, a training center he had worked out at the previous offseason.

He suddenly had tons of free time to fill, so he asked Jared Brown, the owner of the facility, if he could coach. Lawrence took over the 12U and 15U teams, in addition to helping with the 18U team and doing private lessons.

Beckham Brown was one of the players he coached. Beckham Brown doesn't always connect with people, but he opened up with Lawrence, Jared Brown said.

Lawrence stood behind the plate for Beckham Brown, who pitches and plays in the field. They would make up scenarios where they were playing in the big leagues, picturing both of their dreams coming true.

“For my son to open up and communicate verbally or nonverbally to anybody, it takes a lot and there has to be that real connection where you just feel comfortable,” Jared Brown said. “Those two had it and were inseparable.”

Outside of practice, the two would often play video games together. For Christmas, Lawrence gave Beckham a pair of Rockies cleats with the words "You’re my MVP" written on them. Lawrence also gave Beckham his own custom bat and glove.

"Every day my kid is just absolutely in love,” Jared Brown said. “For us as parents, even beyond owning the facility, that was a special moment for us in realizing how special Justin really is as a person. Way beyond just him as a baseball player.”

In between coaching sessions, Lawrence continued his own training. If someone was there to catch for him, he would utilize that. Otherwise, he went to the batting cages with a bucket of baseballs and tossed them into the net.

Sometimes, the 18-and-under team stood in as batters. Lawrence throws from a low arm angle that leaves even some of the best major league hitters dazed and confused after facing him. His youth players saw it as a challenge.

“They loved it,” Lawrence said. “They would get a foul ball off and all start going crazy.”

Just as his players learned from him, Lawrence picked up valuable lessons from them. Coaching put things in a different perspective, and helped him improve his mind to body connection.

When he returned to the Rockies this spring, he was sharp and ready to go. Lawrence, who taught himself how to pitch sidearm as a freshman in college, teamed up with Mychal Givens and Daniel Bard, two relievers who pitch from a similar arm angles.

In past years, his release point was all over the place. But manager Bud Black saw improvements from him, and noticed the efforts Lawrence made in the weight room and with his nutrition.

“I think physically, his body is better than it was two years ago,” Black said. “The consistency overall is better.”

Lawrence started the 2021 season at the Rockies alternative training site, then was put on the team’s taxi squad for their second road trip. On Thursday, bullpen coach Darryl Scott pulled him aside and said they needed to go talk with Black.

Lawrence had an idea what was going to happen in that meeting, but he wasn’t positive until he heard the words come out of Black’s mouth. It was an emotional moment for all of them, and Black said he got choked up as he told Lawrence he was being called up.

Lawrence made three calls — to his wife, parents and agent — then went to stretch with his teammates.

The call to the bullpen came in the fourth inning, and he entered the game in the eighth. He walked his first batter, but then hit his groove. He struck out Eduardo Escobar for his first major league strikeout, throwing two pitches over 100 mph. Lawrence is the only Rockies pitcher to top triple digits so far this season.

“A lot of times you can see the nerves of a young pitcher, but I thought he held it together,” Black said. “He got through it unscathed with a zero on the board, good for him.”

Lawrence’s wife was at the game Thursday, and his parents flew to Arizona on Friday. Back home in Jacksonville, Beckham Brown will be standing by, ready to cheer on his hero.

“If the suspension hadn't happened, I would have missed out on that opportunity,” Lawrence said. “I learned so much from coaching those kids. Some of the relationships I made with those guys have 100 percent impacted where I’m at today.”

Raimel Tapia's three hits not enough for Colorado Rockies, who fall to Arizona 8-4

Raimel Tapia has quietly become the Rockies' best and most consistent hitter this season.

When Lucas Gilbreath was in kindergarten, his father pulled him out of school for opening day and drove him the 20 minutes from Westminster to…