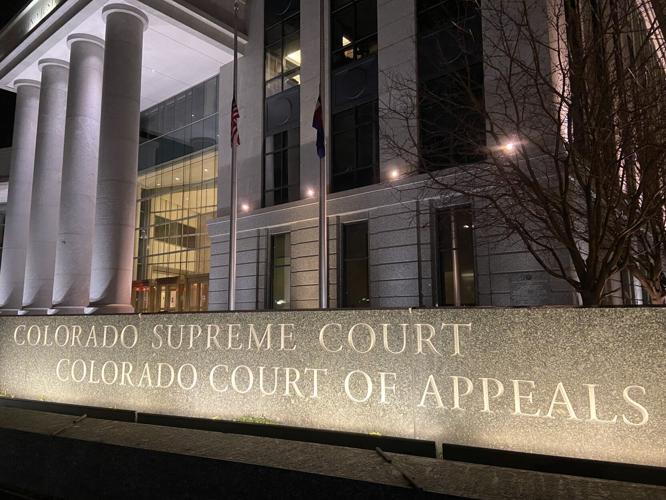 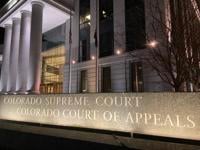 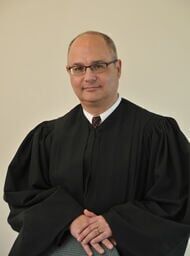 Colorado’s current method of investigating and disciplining judges should be scrapped for a more independent and transparent process that the public would have a hand in controlling, advocates for reform on Tuesday told a legislative committee studying the process.

Additionally, Colorado Supreme Court Chief Justice Brian Boatright might have violated several rules of judicial conduct by frequently offering his opinion about a scandal that’s gripped the Judicial Department for three years, a retired chief judge who once served on the state’s commission for judicial discipline testified.

“The walls between the (Colorado Commission on Judicial Discipline) and public should come down,” said Chris Forsyth, executive director of The Judicial Integrity Project. “Reduce the appearance that courts are for the wealthy and the elite. This is the path toward judicial integrity.”

Forsyth suggested that a commission made up of 11 people -- 8 citizens appointed by various government officials and  three lawyers of independent political affilation by the governor -- should replace the 10-member discipline commission currently appointed by the chief justice and governor. A chief district judge would sit on the new commission in a consulting, non-voting position.

“All the discipline would be public,” Forsyth said, noting that few of the commission’s actions today are made public.

Forsyth was one of several witnesses who appeared before the Interim Committee on Judicial Discipline in its second set of hearings delving into whether the state’s system needs reform. Witnesses included former U.S. Attorney in Colorado Robert Troyer and former Denver Independent Monitor Nicholas Mitchell, who spoke publicly for the first time about the findings of their investigation into a contract at the root of the scandal.

A bill passed last legislative session called for the formation of the eight-member interim legislative committee to review judicial discipline. The bill also gave the discipline commission funding independent of the Supreme Court. The commission was previously funded entirely through attorney registration fees controlled by the court.

“It is my belief that the Boatright court lost its way concerning this sad and embarrassing moment in the history of the Colorado Supreme Court when it disregarded and disrespected long established principles, rules, processes and ethical considerations that judges take an oath to obey,” Maes said.

He pointed to several public comments made about the allegation when news broke in February 2021 that then-Chief Justice Nathan “Ben” Coats allegedly approved the contract to former Chief of Staff Mindy Masias to forestall her threats of going public with the misdeeds of judges in a sex discrimination lawsuit.

Boatright at the time offered confidence in and loyalty to Coats, saying the allegation of misconduct “was simply false.”

Maes said Boatright violated several rules of judicial conduct by his comments, including a prohibition on “issuing judicial statements on pending or impending cases or issues that might come before the court.”

He added: “It appears the court had little or no concern commenting on information that was being provided to it. … It was clear that certain decisions had already been made by the court in determining to hire private counsel to conduct an independent investigation to clear those wrongly accused.”

Forsyth said the state court administrator, which is currently appointed by the Supreme Court, should be an elected job that is kept separate from the rest of the court.

A recent investigation by RCT Ltd. into the contract scandal recommended the department should be run jointly by the entire seven-member Supreme Court. Forsyth thought that unworkable.

“They should focus only on cases,” he said. “There should be a wall … and let the people hire the state court administrator. And if something goes wrong, the justices are not to blame.”

Colorado is one of 15 states where the work of its judicial discipline commission is secret until discipline is rendered, according to The National Conference of State Legislatures.

The process is transparent and public in the other 35 states once the investigation of a complaint is finished and charges are instituted, according to NCSL.

In Colorado, the name of a judge who is disciplined is not made public unless the sanction is serious enough to merit dismissal and the Supreme Court approves. Otherwise, most of the sanctions remain secret and the discipline commission only identifies the sanctions generally in its annual report, but not with enough detail to determine the judge, their gender or the jurisdiction where they sit.

Investigators of Judicial Department misconduct to appear before legislative committee

"I'm not sure why the hearings are kept confidential in states, and I've never heard any justification for it," Cynthia Gray, director of the Center for Judicial Ethics at the National Center for State Courts, told the committee. "Most have been on the books for decades and perhaps it's government not wanting to change or that it's difficult to change."

Forsyth offered that a new system would require all discipline to be public and accessible.

“The state court administrator’s office has been mired in scandal for a long time, with too much authority without checks and balances,” Forsyth said. “It directly affects justice.”

For about two hours, Troyer and Mitchell fielded questions from committee members about RCT's investigation into the Masias contract, with the investigators emphatically saying "it should never have happened."

"There was both mismanagement and misconduct associated with the approval of that contract," Mitchell said. "No monies were ever paid, but the contract itself was a serious breach of the public trust."

The pair concluded, however, that there was no quid pro quo to silence Masias from publicly exposing judicial misconduct.

"I was shocked, absolutely shocked, at the level of dysfunction, toxic environment and climate of fear to allow things to go as they did," she said.

Mitchell said their investigation showed that any effective reforms at judicial discipline rely on transparency.

"The hallmarks of any effective complaint processes in government organizations, the most important is transparency," he said. "So the process by which employees can file complaints of misconduct, particularly against supervisors, must be known. Sunlight is the best disinfectant."

The committee is scheduled to meet three more times before it makes its recommendations for change.

Chris Ryan, the former state court administrator for the Colorado Judicial Department who alleged that a tell-all sex discrimination lawsuit by a former employee was silenced by a multi-million-dollar contract – an assertion since refuted by investigators hired by the department – is expected to testify before a legislative committee exploring changes to how judges are disciplined, The Denver Gazette has learned.