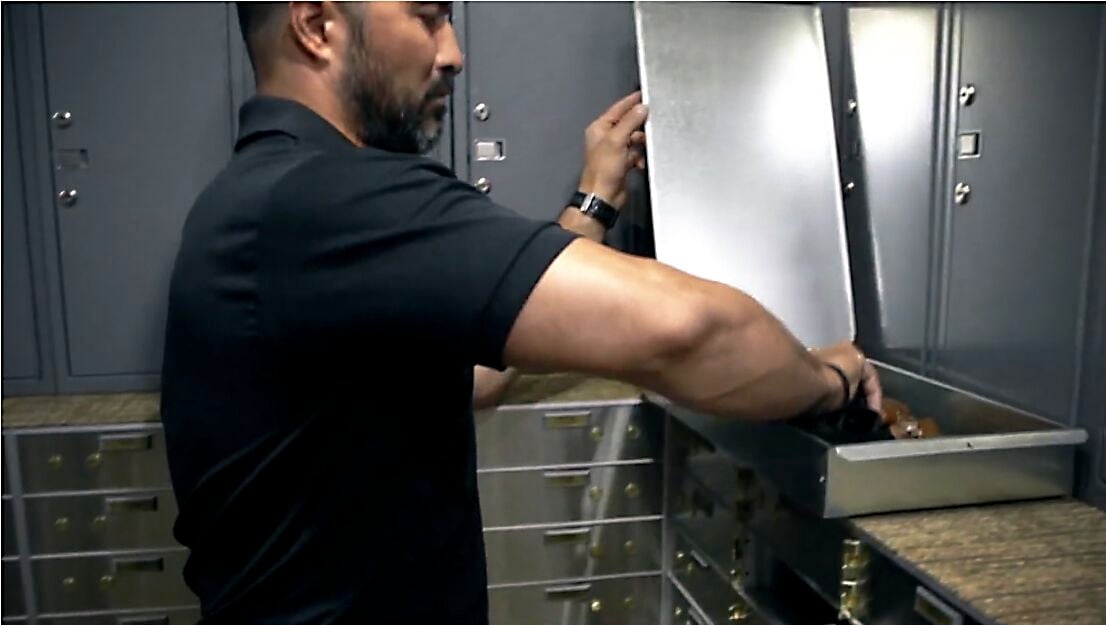 A screenshot from a new video created by the El Paso County Firearm Safety Workgroup shows how guns can be stored safely when not in use, under a campaign to help prevent deaths by suicide. 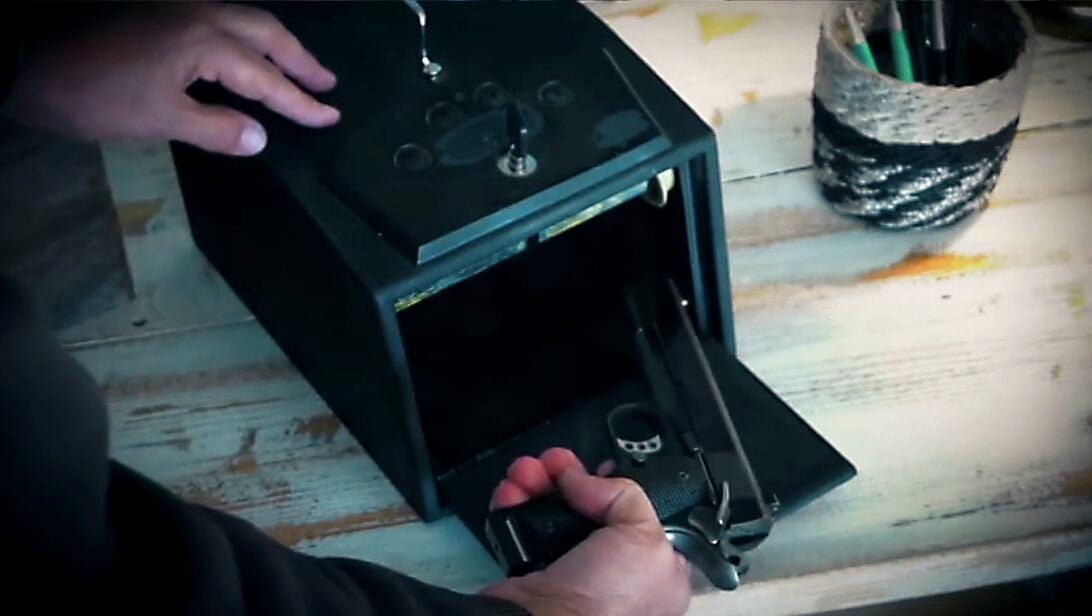 A screenshot from a new video created by the El Paso County Firearm Safety Workgroup demonstrates ways guns can be stored safely at home when not in use, in a campaign designed to help prevent suicide deaths.

A screenshot from a new video created by the El Paso County Firearm Safety Workgroup shows how guns can be stored safely when not in use, under a campaign to help prevent deaths by suicide.

A screenshot from a new video created by the El Paso County Firearm Safety Workgroup demonstrates ways guns can be stored safely at home when not in use, in a campaign designed to help prevent suicide deaths.

After researching, discussing, strategizing and revising for more than a year on how to correctly convey that storing personal guns safely can help prevent deaths by suicide, a new video from the El Paso County Firearm Safety Workgroup aims to hit the mark in persuading gun owners to voluntarily do so.

Ann Ransom, a 40-year gun owner and a member of the Pikes Peak Firearms Coalition, said she changed her mind about locking up her guns when they’re not in use after learning two facts about suicide and firearms from the campaign.

The first: More people in El Paso County die by suicide using firearms than all other methods combined.

“That really struck me,” Ransom said.

Of the 178 deaths by suicide county-wide last year, 97 people used a gun, according to the county coroner’s office. Of the 15 teens under age 18 who committed suicide in 2020, eight died using a firearm, the coroner’s office reports.

The second point that left a lasting impression on Ransom: 90% of people who survive a suicide attempt do not go on to die by suicide later in life, dispelling the commonly held belief that if someone wants to commit suicide, they’ll find a way to do it.

“That’s not necessarily true, if they don’t have a lethal means of doing it on impulse,” said Ransom, who served as a medical technician in the Air Force and most recently has worked in financial planning.

“Once you pull the trigger, that’s lethal, and that’s not always true with hangings or pills or other means.”

The professional video, funded by a grant from the Suicide Prevention Collaborative of El Paso County, is the culmination of years of work of the El Paso County Firearm Safety Workgroup.

Dr. Erik Wallace, associate dean and associate professor of medicine for the Colorado Springs branch of the University of Colorado School of Medicine, founded the grassroots group with the goal of reducing the community’s deaths by suicide using guns through education and awareness.

The work now is under the umbrella of the Suicide Prevention Collaborative of El Paso County.

The video uses local authoritative leaders to deliver its main message — that willingly storing guns in safes, using gun locks or placing guns in storage outside the home if someone inside is suicidal or having other mental issues — can save lives with little intrusion or inconvenience.

“It’s going to take time, but if you limit access to lethal means, the chance of dying from a suicide decreases,” Wallace said.

The video, which in its entirety runs 3 minutes, 20 seconds, is being rolled out to civic leaders and edited to 15- and 30-second formats for distribution on social media platforms. It also is being produced with Spanish subtitles.

Reaction has been positive, Wallace said, including from firearm advocates.

“I think it delivers a good message, which is exactly what we were looking for,” Wallace said. “We’ve created a product that hopefully will be well-received, knowing that not everyone will change their behavior. We hope it generates discussion about firearms storage and hopefully leads to people doing things in a safer manner.”

The delicate and politically explosive topic of gun ownership for personal protection, hunting and sport admittedly needs to be handled properly when talking about gun storage, he said.

Also as part of the local gun safety group, Colorado became the first state to create a network of off-site receptacles for temporary, voluntary storage of guns, as an alternative to what's known as the Red Flag law, in which authorities can take guns from people deemed mentally unstable by the court system.

A map of gun shops, police stations and other places where firearms can be stored for a short time during a household crisis is available at coloradofirearmsafetycoalition.org/gun-storage-map.

From collecting data and hosting focus groups came the idea that gun ownership rights had to be the first message in the video — “that we respect the right to own firearms,” Wallace said.

Presented next is data related to deaths by suicide involving firearms, followed by acknowledging that storing firearms when not in use is not a mandate or a law, but there are ways gun owners can play a role in reducing the risk of someone dying by suicide using a gun.

Law enforcement and military leaders were chosen to relay the message because they are seen as trusted individuals, Wallace said.

“For a lot of us, this is about behavior change,” he said, “and behavior change is difficult. It’s a combination of what we know and what we believe. A lot of people are not open to what they’re not comfortable with.”

Ransom thinks it will be difficult to draw a direct correlation to the promotion's impact.

“You’ll never know how many suicides it prevents, but maybe it catches someone’s attention to be more open to the idea,” she said.

Many gun owners don’t trust the government and don’t want their rights restricted in any way, Ransom said.

But having trusted family and friends on board with safely storing guns rather than government officials telling people what they can and can’t do is more likely to produce results, she believes.

“There’s a lot of time and effort and work put into it," Ransom said. "I’ve taken an extra step in safe storage — it had an impact on me.”

A state audit released in December found that of 80 organizations receiving federal and state suicide prevention funds, about a quarter failed…