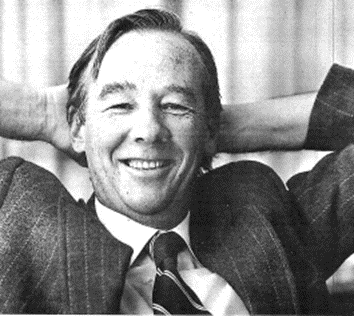 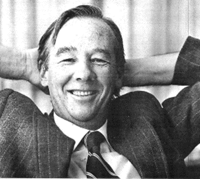 Former Colorado College dean and professor Ric Bradley recently turned 100. He is shown here about the time he was dean. 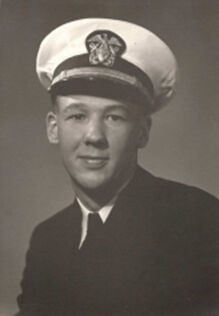 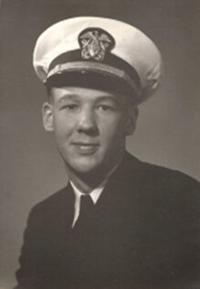 Former Colorado College dean and professor Ric Bradley recently turned 100. He is shown here about the time he was dean.

Ric (as he is known to everyone) turned 100 years old this month. He has been a mentor and role model for countless colleagues and students.

As a young physicist in the 1940s, serving in the Navy, he worked on the famed Manhattan Project at California Institute of Technology and Oak Ridge National Laboratory in Tennessee. His dozen or more publications on surface and atomic physics won him election as a fellow of the American Physical Society.

Our remarkable colleague was a great physics teacher and scholar and much more. He sang in the Colorado College choir and performed in many college and community musicals. He played the piano, composed music and was an amateur painter.

He and his wife, Dorry, were avid skiers and mountaineers. They thought nothing of cross-country skiing from Aspen to Crested Butte over the mountains in one day — a trek of 30 miles. They helped lead family and friends on hundreds of similar hiking and cross-country skiing outings. Dorry also was a Phi Beta Kappa scholar and a champion tennis player.

Ric was an environmentalist and conservationist in the Teddy Roosevelt tradition. He served as president of the Springs Area Beautiful Association and as a trustee of the National Parks Association. He was an activist in the Sierra Club and the Wilderness Society. He testified several times before Congress against dams in the Grand Canyon and Dinosaur National Monument and on behalf of establishing the Florissant Fossil Beds National Monument.

The Bradleys are still remembered for holding the best faculty cocktail parties at their elegant home at 1730 N. Cascade Ave. Dean Bradley won the affection of everyone as an uncommonly patient and wise leader of the Colorado College faculty.

What follows are a few remembrances from his students and colleagues; many more can be found in the Special Collection Rooms at Colorado College’s Tutt Library.

“I am an apostate (renounced) physicist who took your course on electromagnetism as a sophomore many years ago around the same time you were fighting the flooding of Glen Canyon. Your lectures on both topics were wonderfully clear and inspiring. To this day I use many ideas you taught us, especially in economics.” — James Heckman, Class of 1965, University of Chicago Nobel Prize-winning economist

As the college dean:

“Shortly after I came to Colorado College, Ric became dean of the college, an office with great powers and responsibilities. He brought his gentle and deeply patient self to a job centered on fights about budgets and staffing, etc. When Ric completed his six years of services as dean, more people loved him than before. Not many administrators have this experience.” — Val Viers, retired physics professor at Colorado College

“When Ric was dean in the mid-1970s, he announced that he wanted to observe me teaching one of my German classes. He came, sat in the back of the room, and watched. We were discussing a poem. I decided I would sing the famous version of the “Lorelei” for the class. After completing the first line, Ric chimed in. We sang the song together. At the conclusion of this rendition, my anxiety about his class visit had turned into enthusiasm.” — Horst Richardson, retired professor of German and soccer coach at Colorado College

“(He was) a superb dean. When Colorado College was looking to hire a new faculty chair in one of its most important and influential departments, Ric, on my advice, hired a superb new professor and teacher to take over that department. It ushered in a whole new era at the college. (He was) one of the most memorable deans in the history of the college.” — John Simons, retired professor of English, Colorado College

As a singer and musician:

“You have always been a singer, pianist, actor and composer. Such a nice tenor voice. I witnessed you in a Mozart comic opera as a drunk. Thank you for taking me to ‘The Mikado.’ I remember growing up with music everywhere and hearing and singing songs like ‘Hobo Bill,’ ‘Allen-a-dale,’ ‘Barnacle Bill,’ and ‘My Heart Doth Beg.’ Our family should have won first place at the Talent Show on that boat in the Arctic Circle. What a monumental composition your ‘Sierra Song’ was. Thanks for bringing your recorder-playing group to Audubon Elementary School to play for my students.” — Jo Bradley Lopez, daughter

“Ric and Dorry were a great pair for singing at the high-mountain skiing and hiking huts. Some of these songs were from the World War II 10th Mountain Division, which had trained at Leadville, Colorado. Beautiful voices blending and harmony at the huts are some of my best memories.” — Laurel McLeod, former dean of students at Colorado College

“One distinction I gradually picked up on was how ‘Sierra-Club outdoorsy’ the Bradley family was. When they were planning a cross-country ski adventure for spring break 1971, they invited me to join the fun for a week around Lindley Hut. I at least tripled my winter camping experience, polished my firewood sawing-skills, and expanded my appreciation of how jolly wine sipping grown-ups could be. The highlight of the adventure was the appearance of an amazing comet.” — Ted Lindeman, retired professor of chemistry at Colorado College

“Tagert Hut was our first ski trip with Ric and his merry band. The annual Monarch Pass backcountry trip was always welcome — especially the rum cake that would be packed in. Ric always skied in woolen sweater, pants and socks. He strapped onto wooden boards that spanned 6 feet long.” — Shane and Stormy Burns

As an activist conservationist:

“The best river trip of all was when Ric and Dorry joined one of our adventures on the Yampa and Green rivers. Ric told the saga of how his evaporation calculations stopped the infamous Echo Park dam project.” — Audrey Benedict

“I knew Ric from physics, choir and his love for the outdoors. He said to come by his office. I tell him I want a path where I can make a difference. He said, ‘I’m calling Dave Brower (a prominent environmentalist).’ Ric and Dave Brower were childhood and lifelong friends. In a moment, Dave is on the line. I sit there wide-eyed. Ric said, ‘I’ve got someone here who can help.’ I worked closely with Dave Brower for 22 years, and I am executive director of Earth Island Institute, which Dave founded.” — David Phillips

“Ric played a key role along with Dave Brower in stopping the damming of the Green and Yampa rivers in Echo Canyon. That was the ‘environmental physics’ that I had been talking about. Ric was already doing it.” — Val Viers, retired physics professor at Colorado College

As an amateur painter:

“We have collected many mountain and maritime watercolors painted by Ric Bradley. It is amazing, Ric, that as an artist you have created scenes by memory without the use of photos. Your creative talent is seen especially in ocean waves and billowy clouds. For example, in your painting of a 19th-century sailing ship.” — Carol Townsley

Fifty years ago in a note to then-Colorado College President Lew Worner, Ric said: “I must admit that no one could suggest I haven’t been extraordinarily lucky, in every way.” As Ric turned 100 years old recently, everyone who knows him or ever worked with him feels extraordinarily lucky to have known Ric Bradley.

Floyd Tunson's immense mixed-media installation, "Hearts and Minds," is on display beginning Friday at Colorado Springs Fine Arts Center at Colorado College, which acquired the piece in 2020, and up through July 9. The nationally-known artist's mid-'90s piece is part of a larger project, "Endangered," which features several voices responding to Tunson's work, including musician Tomás Doncker, Pulitzer Prize-winning poet Yusef Komunyakaa and videography by William Murray.

Colorado's state sport? Burro racing. Here's where you can catch the races this summer

It’s not baseball. Not football. Not hockey. Not basketball, cycling, golf or pickleball (though that last one sure is getting popular). It’s not even mountain climbing.