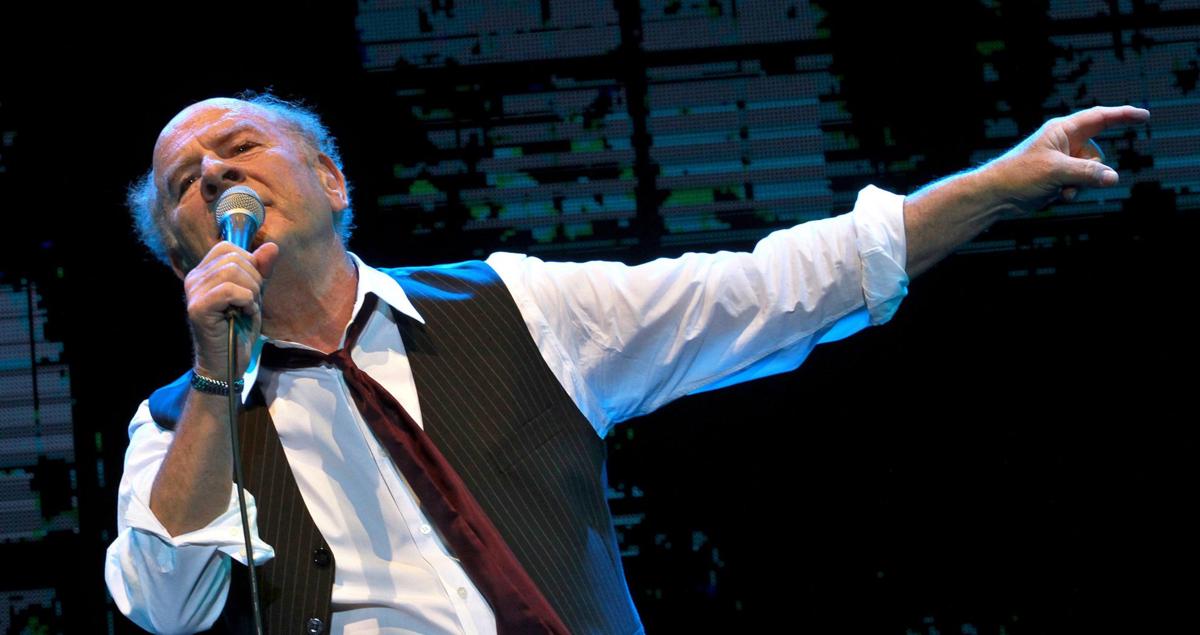 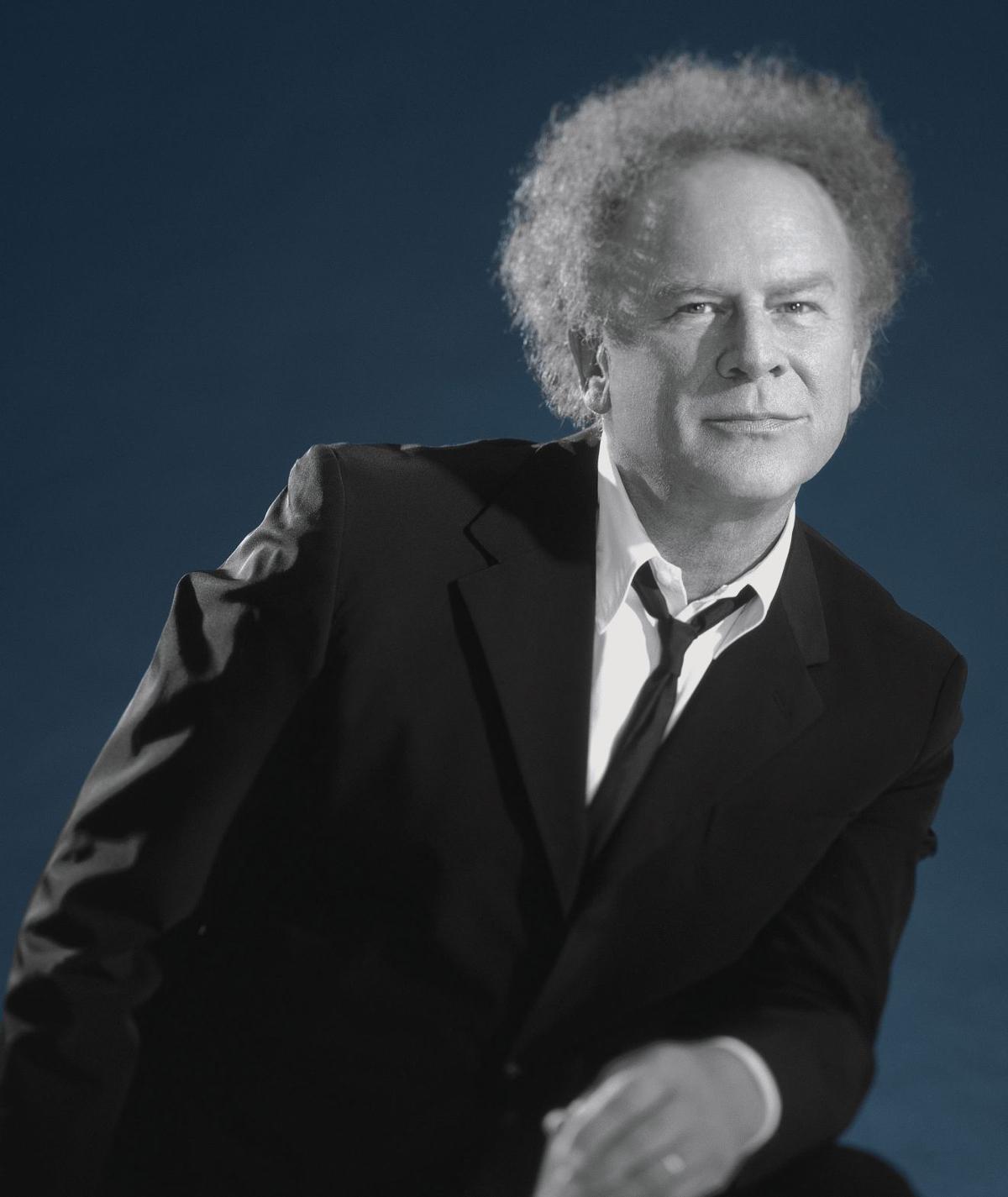 Art Garfunkel will perform hits from the Simon & Garfunkel lexicon, as well as hits from his solo career, Wednesday at Pikes Peak Center. 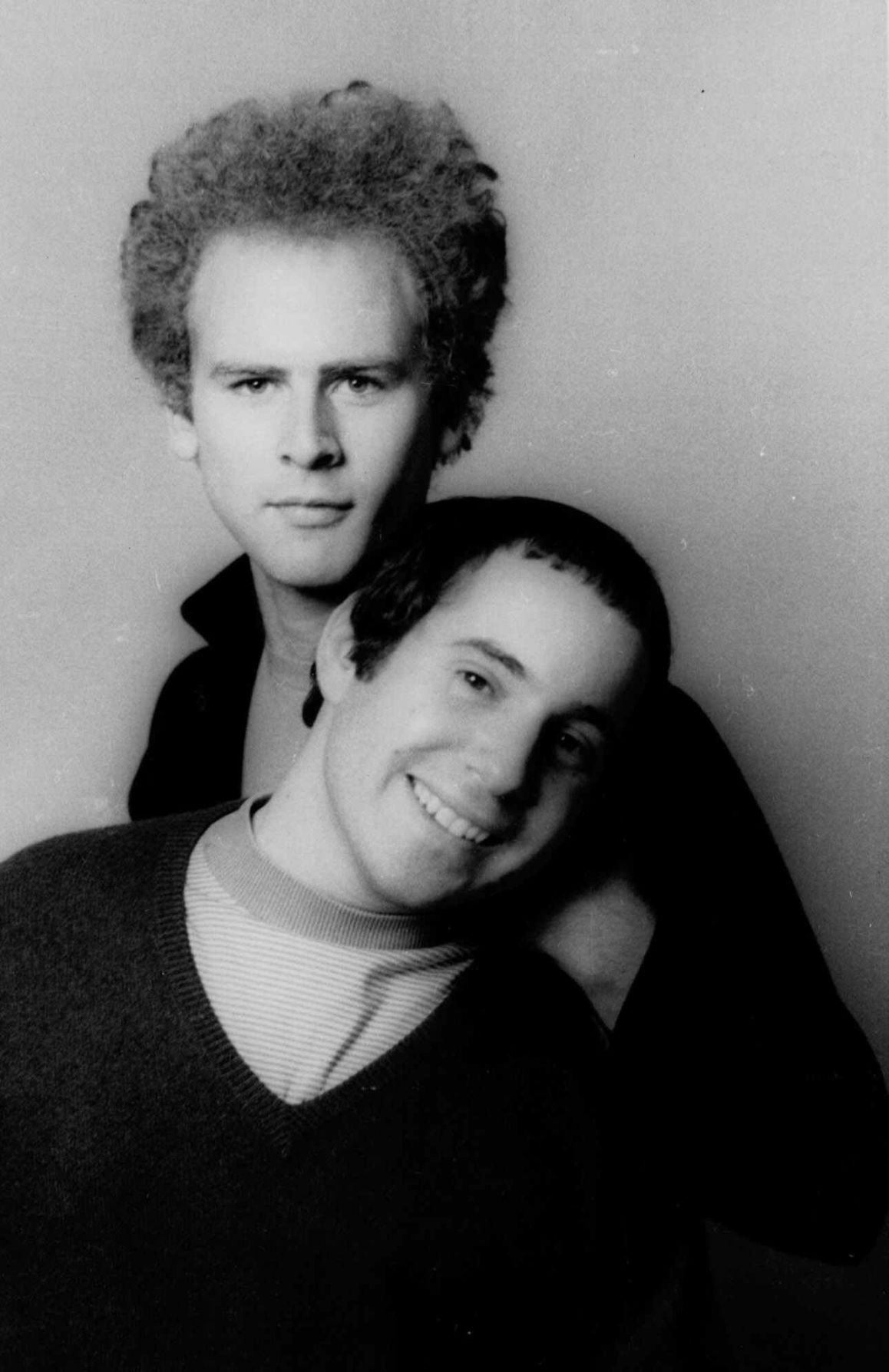 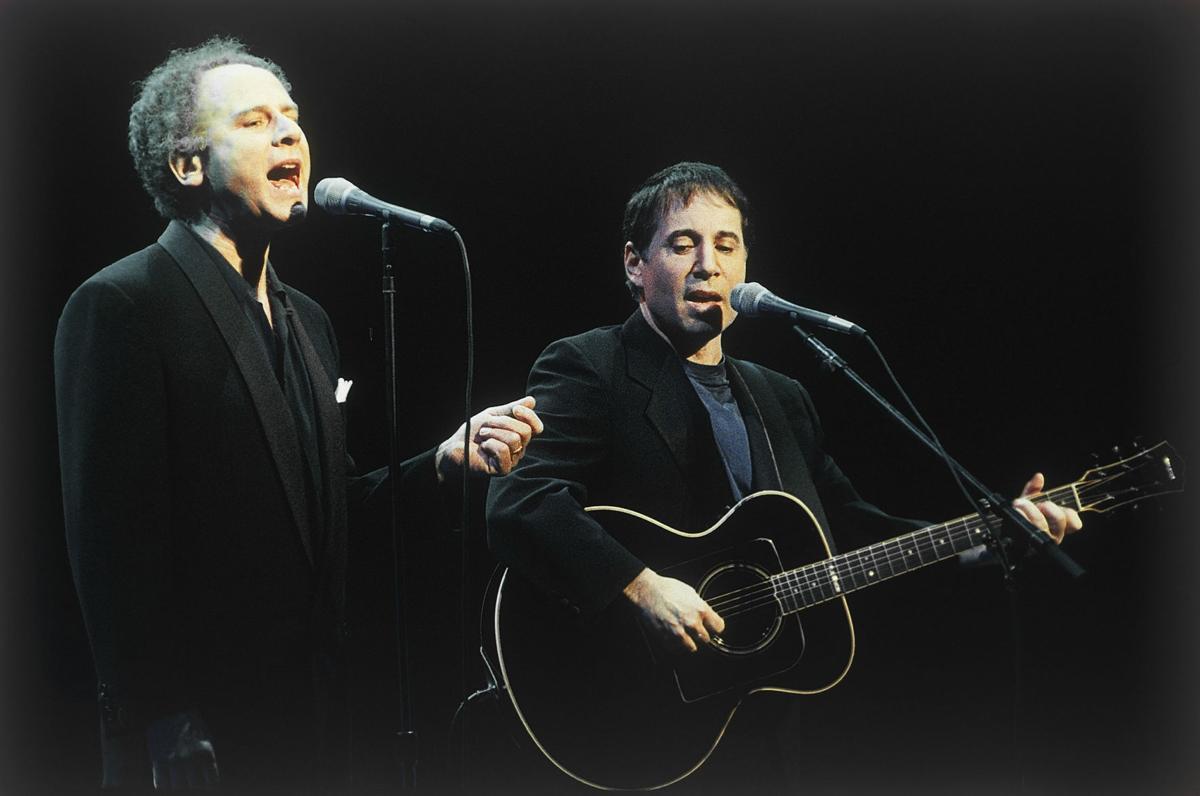 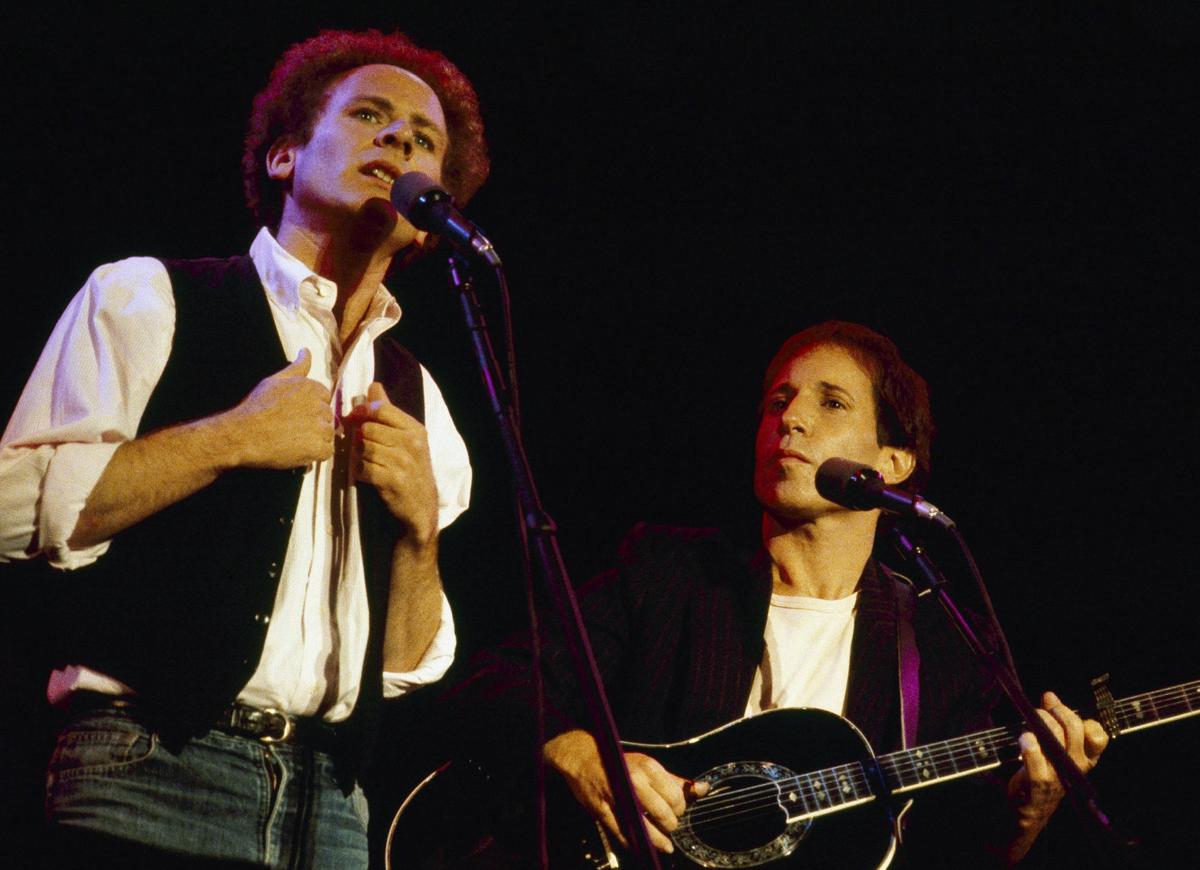 Art Garfunkel, left, and Paul Simon serenade an audience estimated close to a half million in New York’s Central Park at a free concert Sept. 19, 1981. The duo reunited on stage after an 11-year separation.

Art Garfunkel will perform hits from the Simon & Garfunkel lexicon, as well as hits from his solo career, Wednesday at Pikes Peak Center.

Art Garfunkel, left, and Paul Simon serenade an audience estimated close to a half million in New York’s Central Park at a free concert Sept. 19, 1981. The duo reunited on stage after an 11-year separation.

Art Garfunkel seems pensive as he talks by phone from his home in New York City.

It’s a Monday morning in November, and the weather outside his walls is temperate, after the previous day’s deep freeze. He’s happy, he says, as he reflects on his life, full with parenting his 14-year old son, Beau, and taking his solo show around the world, recently returning from Germany.

As he begins to describe his stage show, he muses tangentially about whether the public really has a grasp on the true Art Garfunkel, who comes to the Pikes Peak Center on Wednesday with “Art Garfunkel in Close-Up.”

But unless they’ve lived in a yurt on the outskirts of culture for the past 50 years, they’re probably aware he put the Garfunkel in Simon & Garfunkel, the Grammy Award-winning folk rock duo he founded with songwriter Paul Simon in the ’50s, when the two were on the brink of puberty. They went on to record numerous hits, rife with Garfunkel’s gorgeous harmony arrangements and Simon’s memorable songwriting, evidenced in “The Sound of Silence,” “Mrs. Robinson,” “The Boxer” and “Bridge over Troubled Water.”

But after their contentious, on-and-off musical partnership went kaput in 1970, Garfunkel embarked on a successful solo career, which turned into a soul search somewhere along the way.

“You wouldn’t think I’d have all this fresh and naivete to my job, but I do,” says Garfunkel, 78.

It’s an attitude born of resurrection. He lost his voice in 2010 during a positive patch in Simon and Garfunkel’s relationship. On stage at the New Orleans Jazz and Heritage Festival, Garfunkel attempted the song “A Hazy Shade of Winter,” and his vocal chords said nope. The dismaying event was preceded by a few months of vocal problems.

Doctors told him one of his two vocal cords was stiffer and fatter than the other one. It took four long years to fully recover, but when he did, he felt probably much the way a person does after a near-death experience — reborn, and grateful as all get out.

'Ugly Lies the Bone,' telling the story of an injured veteran, opens this weekend at UCCS

“In getting back, I’ve developed a less-is-more show,” he says. “Just voice and a Martin guitar. We’ve added electric piano sparsely. It’s the voice I hope I’ve recovered. Here it is, eating up all the space in the arrangement. People still love ‘Scarborough Fair,’ and I still love doing it.”

Half of his show features those Simon & Garfunkel hits you know. The other half is the stuff you might not know at all, including hits from his own storied career, such as “Bright Eyes,” “All I Know” and “I Only Have Eyes For You.” He’s had more than 60 Top 40 hits.

“I can do whatever I damn well please now that Paul is gone,” Garfunkel says spunkily.

And let’s get this out of the way: His current relationship with Simon is nonexistent.

“You’ll have to ask him,” he answers shortly, when asked about it.

Though the two haven’t talked in however long, and who knows who threw the last blow, or didn’t, Garfunkel does nothing but praise Simon’s musicianship. He compliments him repeatedly during the course of a conversation.

“We are really respectful of each other as great musicians,” he says, repeating himself to make sure the message gets across.

It was the quiet years of Garfunkel’s life, though, after his ability to communicate verbally was taken from him, that stretched him as a person.

“I had a lot of time to be silent while mending,” he says, “and I started working on the age-old question that men and women, when they are thinking people, ask: Who am I? Who was I? Who did I become?”

So he wrote. He took to the page to find himself, and out flowed an autobiography. “What Is It All but Luminous: Notes from an Underground Man” was released in 2017. In the process, he unearthed a few surprising realizations.

Did the revelations lead him to have any difficult conversations with folks from his past? He laughs and accuses the questioner of getting too close to the bone, and suggests he lay down on the couch for a therapy session.

“It led me to some people to say let’s talk about it,” he says. “With other people, I remained afraid.”

Much of Garfunkel’s book features his poetry and stream of consciousness prose, creative output that emerged through the simple act of walking, a passion he developed over the last few decades of his life. He’s walked across the U.S. and Europe, not in one fell swoop, but in chunks of steps and miles accumulated over years.

Those days of carefree ambling, when it was only him, a Walkman and a notebook, are now gone. He woke up one morning about a year ago with his left leg feeling rather out of place at the hip socket. It hasn’t returned to normal, though he’s working on it with a trainer.

But the walking was a gift. It allowed him to gain perspective on his life, a very good life, he notes at the end of the conversation, even as he hastens to end the chat, saying he’s tired of talking about himself.

“You pull back the lens on your life and take the larger view,” he says. “You get more toward godliness. I say out there under the sky, ‘OK, Lord, so what is?’ It’s an open question. The gut loves this kind of stuff. It’s relaxing. Artists are nervous. We’re itchy-twitchy. When it’s showtime, you’re working under a microscope. When you walk, you breathe all that stuff out. You finally exhale.”

Art Garfunkel reflects on what first comes to mind when he considers Simon & Garfunkel hits:

• "Scarborough Fair," 1966: "The color scarlet. It sounds like an onomatopoeia — the word is right on the image. A beautiful pinkish magenta. It’s all about the color of it. Some songs you feel the color more than others. When I float up into the upper melody, I want to be a ribbon. I'd like to float up and be this scarlet ribbon."

• "Bridge Over Troubled Water," 1970: "It’s a wonderful record. A real expression of hard work and over-dubbing and polishing. Lovely production. I produced it with Paul Simon and Roy Halee. I loved how we saved the instruments for the last verse. I’m proud of my vocals. I got carried away with the goosebumps. It's a cute use of Paul’s harmony ever so sparingly in the beginning of the third verse."

• "The Sound of Silence," 1964: "Pure pop hit. It was the lucky door that happened to me and my buddy Paul that changed our whole lives. It was pop sound with an electric 12-string that was fashionable in those days. Like Carole King, we paid our dues. We knew rock 'n' roll from the early days, from the failure point of view. We showed our demos to people and we were getting nowhere. That (the song) is called getting somewhere finally as a piece of luck. The song is so simple. It’s an amazing piece of simplicity. Nobody ever did that melody before. It seemed like it was right under our noses. Paul is a hell of a songwriter."

• "Mrs. Robinson," 1968: "Quentin Tarantino’s use of it in (this year's film) 'Once Upon a Time in Hollywood.' It's 1967, he correctly goes to 'Mrs. Robinson,' it's Sunset Boulevard, there's a teenybopper, cute, cute cute, flashing a shoulder at the camera. She's a spoiled brat, she's 17. She throws a shoulder exactly at the right time if you're making a movie and you want the soundtrack to hook up with what Paul did on guitar. It (the song) has a moment in it that is so damn catchy, infectious. Quentin caught it and took that eight seconds, and lifted it off for his movie. As a viewer, I say these filmmakers know what they’re doing."

• "The Boxer," 1970: "It was the most worked on of all our records. It was Roy and Paul more than it was me, Roy and Paul. It has different goodies in it, a base harmonica that Charlie McCoy put in. It (harmonica) has a wonderfully rhythmic sound if it's in the right musician’s hands. He helps the second verse."

• "Cecilia," 1970: "Fun and games. Unlike all the others. We’re using our voices in different ways. I took charge of that vocal. The whole track starts with the Charles Manson era, just like the movie ('Once Upon a Time in Hollywood'). Paul and I rented a house on Blue Jay Way (in Los Angeles), same month of the murders. We were unaware. One night we grabbed instruments and started the track that became 'Cecilia.' There comes a very infectious rhythmic track. I don’t know where it came from. Maybe I half-wrote it. We were just riffing in the living room, hitting our thighs rhythmically."

Nickelodeon star and YouTube sensation JoJo Siwa is bringing her "D.R.E.A.M" tour to Colorado Springs in 2020.