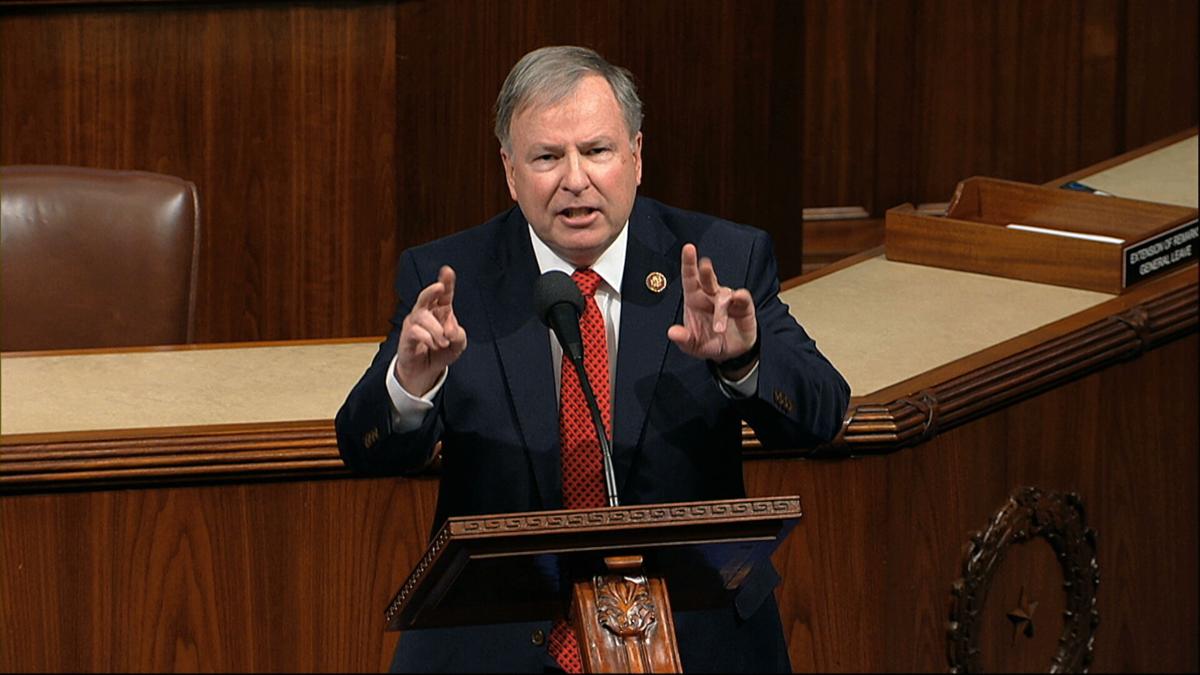 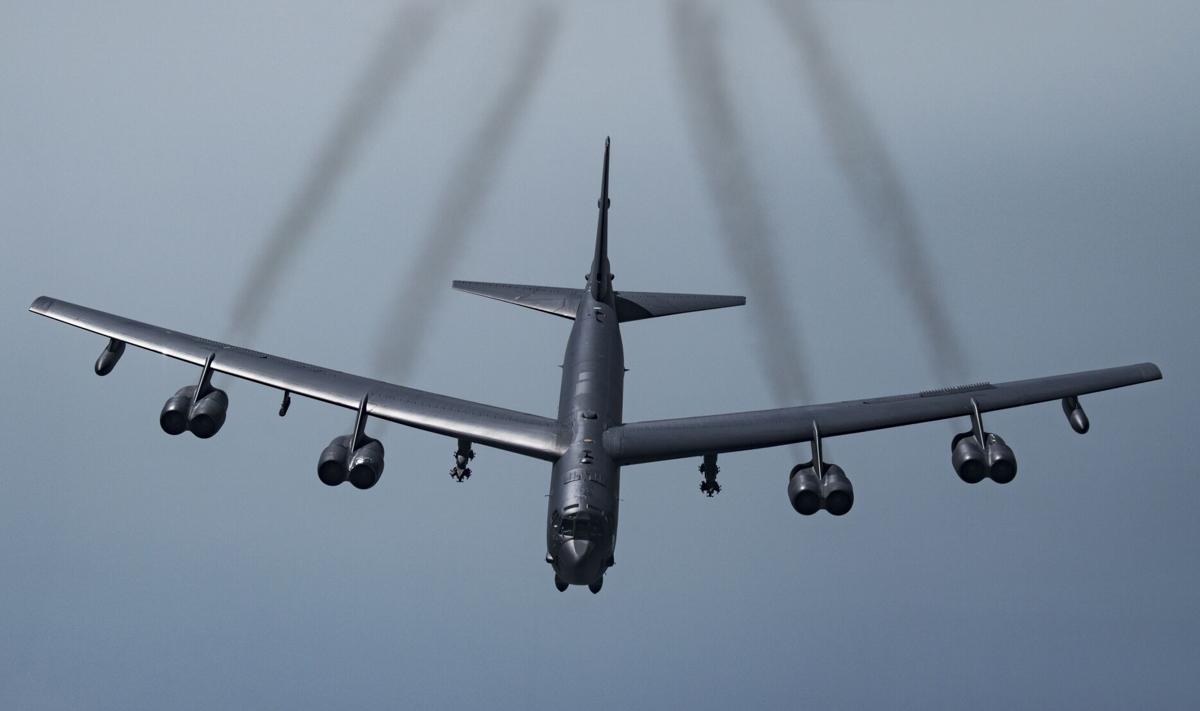 FILE - In this May 21, 2019 photo provided by the Air Force, a B-52 ,bomber trails smoke as it sets out over the Persian Gulf. The big bombers are one barrier to the Pentagon going green.

FILE - In this May 21, 2019 photo provided by the Air Force, a B-52 ,bomber trails smoke as it sets out over the Persian Gulf. The big bombers are one barrier to the Pentagon going green.

Lamborn stuck a requirement for the report into the Pentagon's annual policy bill to assess the impacts of the Green New Deal pushed by Democrats.  In it, the Pentagon said the military "cannot realistically achieve what would be the fundamental goals, no matter how desirable."

The problem faced by the military is one familiar to those who drive electric cars. Batteries are great for the environment but lack the range and easy fill-up convenience that gasoline and diesel engines offer.

The smoke-spitting eight-engine B-52 remains America's frontline bomber, and the Navy crosses the world's oceans thanks to lakes of kerosene that fire turbines on cruisers and destroyers. The Army isn't exactly a friend of penguins and polar bears either — the 72-ton M-1 Abrams tank averages two gallons of diesel per mile traveled.

Don't look to the Space Force to be guardians of the high frontier and the environment, either. While some rockets are environmentally friendly, with liquid hydrogen fuels, most rockets burn stratospheric quantities of RP-1, a form of kerosene.

As the Pentagon noted in its report, America's military is also the nation's largest consumer of energy.

Still, the Pentagon has shown concern for the environment that exceeds other agencies.

From solar farms at area bases to efforts to recycle waste, nothing in Colorado compares to how much the military has had to lessen its heavy footprint.

The military has reason to worry about global warming. Droughts and wildfires around the planet lead to discord and disorder. The worse the environment gets, the more battles troops could face abroad.

Melting ice gives concern in Colorado Springs, where the North American Aerospace Defense Command frets having to defend a who new sea lane from America's rivals.

But the military isn't going to become a fully green machine.

The wartime mission of the military is a high-speed environmental disaster. Just take a look at the state of Iraq and Afghanistan and you'll see the unavoidable environmental impact of combat.

In its report to Lamborn, the Pentagon noted that it can't become fully environmentally friendly "without the development of new technology and massive investments, far exceeding its annual budget, in new or upgraded equipment and facilities."

To get a green military, America must single-handedly accomplish the impossible:everlasting world peace.

That's a great goal to have, but it remains an impossible dream.

The Pentagon released its annual report on sexual assault in the military on Thursday amid intensified pressure across the department to act decisively to root out the scourge affecting retention, recruitment, and readiness.