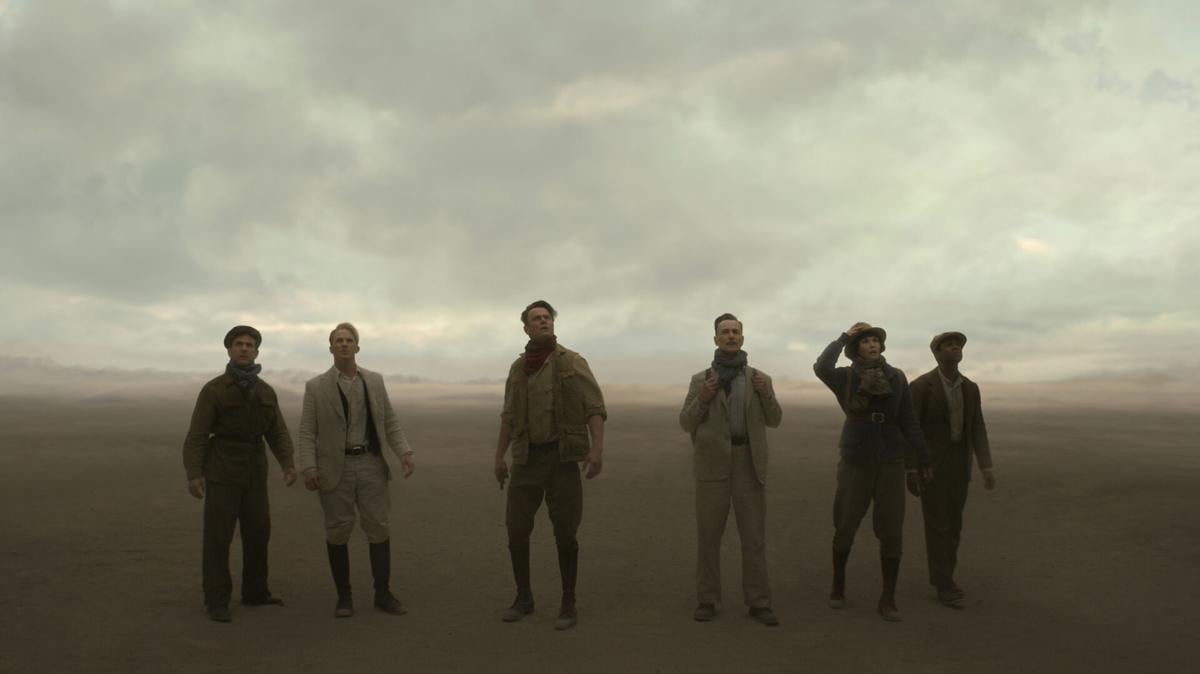 The premise: In 1932, six ordinary people were given extraordinary powers. They would eventually be known as The Union of Justice, a team of superheroes. Today, the leader of that original group is dealing with the pressures of being an aging hero and the challenge of preparing the next generation of powered people.

“Jupiter’s Legacy” is based on the graphic novels by Mark Millar (“Wanted,” “Kingsman: The Secret Service,” “Kick-Ass”)and Frank Quitely that were first published in 2013. Stephen S. DeKnight (“Spartacus,” “Daredevil”) is the showrunner and a writer and an executive producer on the series.

Highs: Sheldon “Shel” Sampson (Josh Duhamel) is going through what a lot of middle-aged parents experience. As his career is winding down and his kids enter adulthood, he just wants to make sure they’re independent and can stand on their own two feet. Unfortunately, that’s not the case.

Sheldon’s daughter Chloe (Elena Kampouris) resents her father for not being around more when she was a kid so she acts out. His son Brandon (Andrew Horton) looks up to his dad and is trying to follow in his footsteps as he learns the family trade. Unfortunately, he just can’t measure up to his old man. Of course, when your pops is The Utopian, a Superman-esque hero who’s been the world’s savior for nearly 100 years, it would be hard for anyone to measure up.

The series jumps back and forth in time and features myriad heroes. It has an ambitious, long-ranging story, but the heart of “Jupiter’s Legacy” sits on Shel’s broad shoulders.

When we first meet him in 1929, he’s an executive at his father’s steel company. His roller-coaster life and the impact it has on those around him shape the story of “Jupiter’s Legacy.” A straight shooter who’s a bit of a Boy Scout, Shel will remind many of Captain America’s Steve Rogers, with old-school values still around in the present.

Shel believes in service, compassion and mercy. He founded The Union based on a code he’s honored his entire life — we don’t kill, we don’t lead, we inspire. Those are tough rules to follow in today’s world and his kids and his brother Walt (Ben Daniels), also a hero, feel it’s an out-of-date perspective, especially when heroes are getting killed.

Of course, Shel’s not the only character this series focuses on. In the present, we witness a cavalcade of young supers acting like most people in their 20s. The children of successful and rich adults, they’re lost and trying to figure out how they fit into a world that idolizes their parents’ accomplishments while facing the pressure to live up to an ideal they don’t truly value.

We also see through flashbacks how these everyday people from the early 20th century were shaped into the heroes they are in the present. It’s a fascinating tale and cleverly told.

Lows: The pilot episode of “Jupiter’s Legacy” is action- packed, culminating in an impressive fight scene. After that, the series shows its true colors, spinning its carefully crafted story in episodes that focus more on character development than action. I enjoyed the journey, but some might find the boisterous premiere a misleading appetizer to the main course.

What might be a bit more troubling for a series of this genre is fatigue. After “The Boys,” “Watchmen,” “WandaVision” and several other predecessors, have viewers reached superhero series exhaustion? According to my Magic 8 Ball, all signs point to “no.” But only time will tell.

Grade — B: While it has hints of other superhero shows, “Jupiter’s Legacy” makes its own mark and is a wild and fascinating ride. Stunning, creative and flat-out fun, this series is well worth your time.

Justin Theroux shines as an inventor whose ideals constantly put his family in jeopardy.