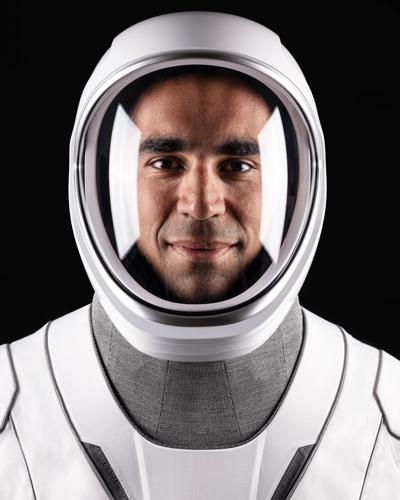 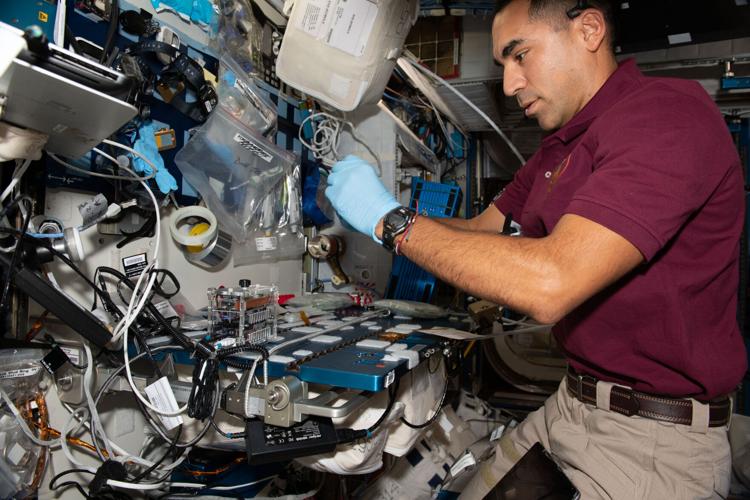 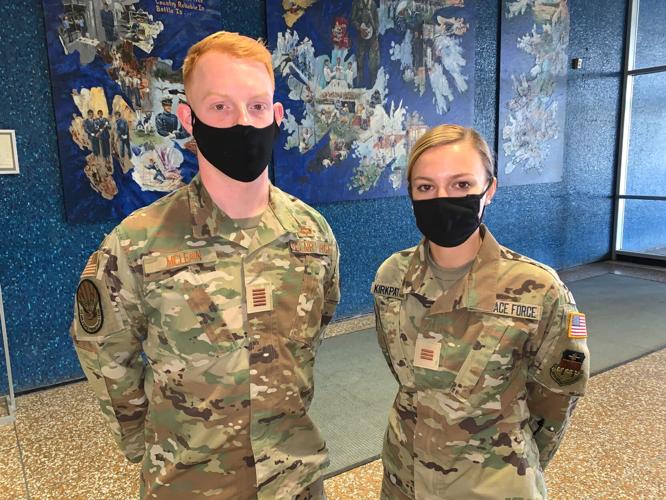 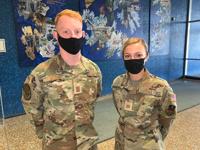 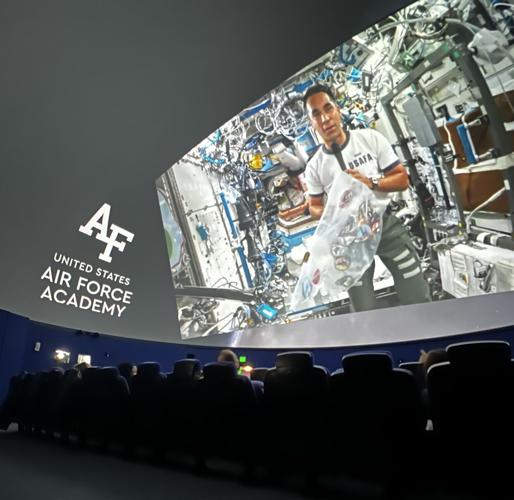 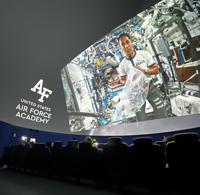 For the Air Force Academy cadets who got to participate in a question-answer session Wednesday, the experience was truly out of this world.

Col. Raja Chari, a 1999 Academy graduate, greeted cadets from nearly 250 miles above Earth while traveling at five miles per second aboard the 356-foot-long International Space Station.

The NASA astronaut – who last week sequenced DNA from bacteria samples – answered a wide variety of video-recorded questions while offering cadets a glimpse of what it means to be an astronaut.

Brig. Gen. Paul Moga, commandant of cadets, who oversees the 4,000 cadets and their military training, was thrilled they had the opportunity to speak with a NASA astronaut.

“On behalf of USAFA senior leadership and the entire faculty and staff, thanks to you and the NASA team for taking the time to speak to our cadets,” Moga said in a prerecorded video. “This is a remarkable opportunity for our future airman and guardians.”

For the junior and senior classes, U.S. Space Force – which launched in December 2019 – wasn’t yet announced as the newest military branch when students arrived at the academy. But the academy quickly became the training ground for future Space Force officers, and numerous Air Force bases have been renamed Space Force bases.

Cadet 1st Class Courtney Kirkpatrick arrived at the Academy thinking she would become a pilot, but after learning about the Space Force, she’s excited to make a direct impact.

Kirkpatrick is interested in solving national security issues in space.

“I find space to be such an unanswered realm,” she said. “It is increasingly important for the military and national security. The blending of engineering and space got me interested in that.”

The astronautical engineering major with a minor in space warfighting graduates this year and is assigned to work as an engineer.

Cadet 1st Class Thomas McLean, a fellow astronautical engineering major, came to the Academy thinking he wanted to be an engineer before “catching the fever” and deciding he wanted to fly. He earned a pilot slot.

McLean, the cadet squadron 16 commander, said it was great to hear from and ask Chari a question.

“It was a very inspirational opportunity,” McLean said. “He graduated from the same squadron … same major and career path.”

Chari earned dual bachelor’s degrees in astronautical engineering and engineering science at the academy and a master’s degree in aeronautics and astronautics from the Massachusetts Institute of Technology; completed Air Force undergraduate pilot training and F-15E formal training; and graduated from the U.S. Naval Test Pilot School before selection by NASA in 2017.

“Many times I’d look back and if I could make it through four years of sleep deprivation, multitasking and never having enough time to do anything, I can definitely make it through shorter periods of time doing these hard things,” Chari said. “I legitimately think the academy was the hardest thing I did.”

Here are some of the questions Chari answered:

Capt. Meghan Quadrino, a 2012 Academy graduate and instructor in the Astronautics department, said the FalconSat program – designing, building and launching satellites – is great real-world experience for the cadets.

There are two satellites currently in orbit, and Quadrino said cadets are currently building the next one. The satellites are used to conduct experiments for the Air Force Research Lab and other Department of Defense partners.

Quadrino said she is grateful to the NASA education office for coordinating and making the event possible. The academy held a similar event two years ago when another academy grad was about the space station.

3:55+20 Air Force Academy parachute program teaches cadets more than how to jump out of an airplane

John Herrington’s memories of growing up in Colorado Springs in the ‘60s are grounded in his mind as strongly as the Earth’s gravitational pull.

How to Spot the International Space Station