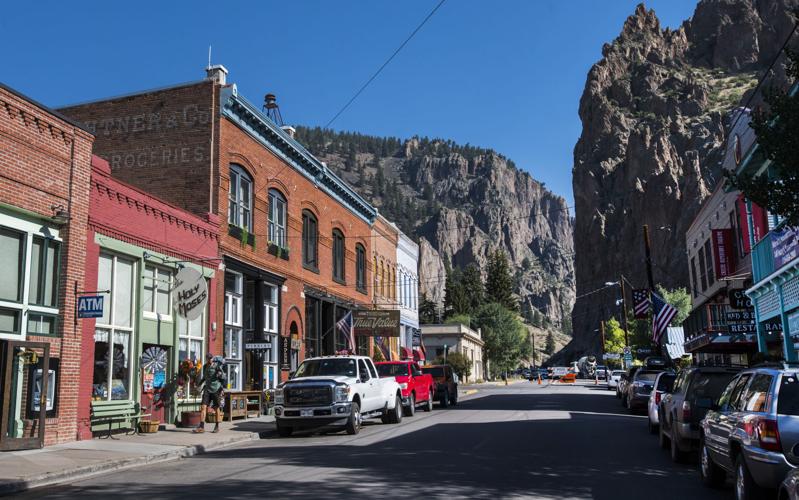 Main Street in Creede comes to life in the summer. 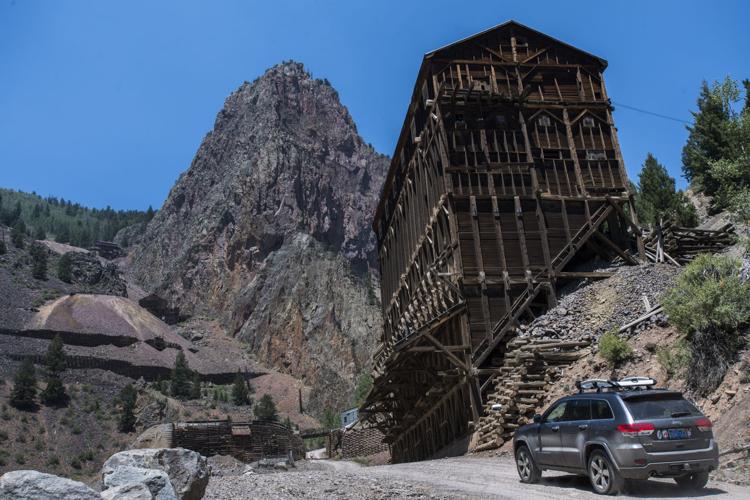 A mining complex north of Creede. 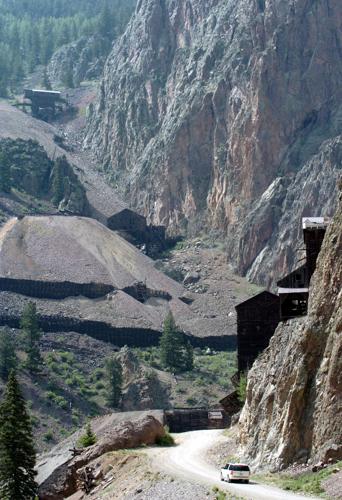 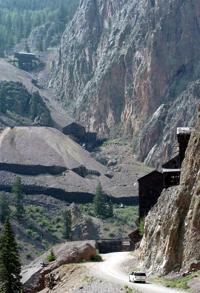 A car drives the Bachelor Loop toward the Commodore Mine outside Creede. 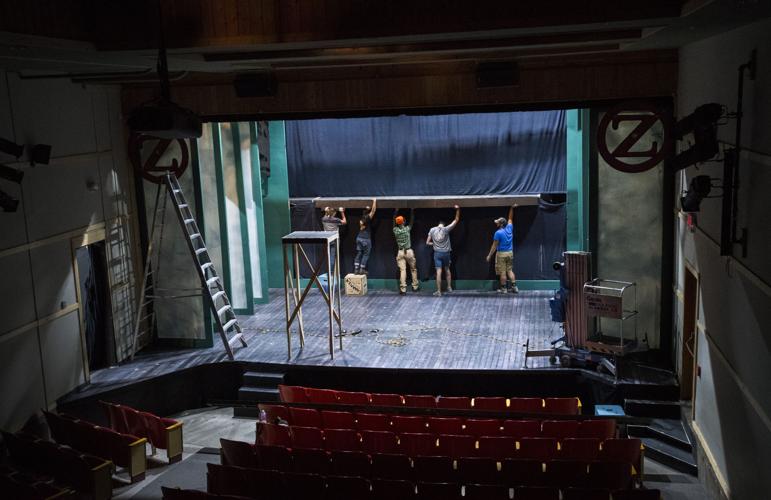 A crew changes sets between plays at the Creede Repertory Theatre. 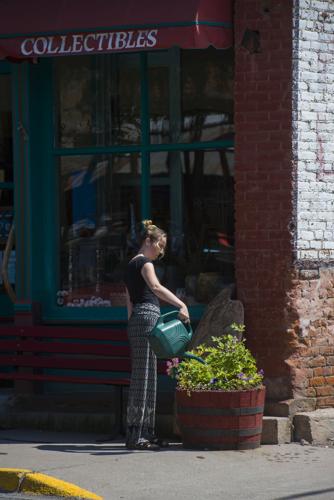 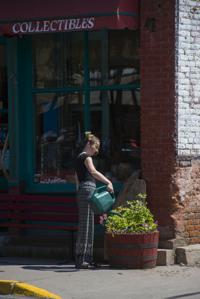 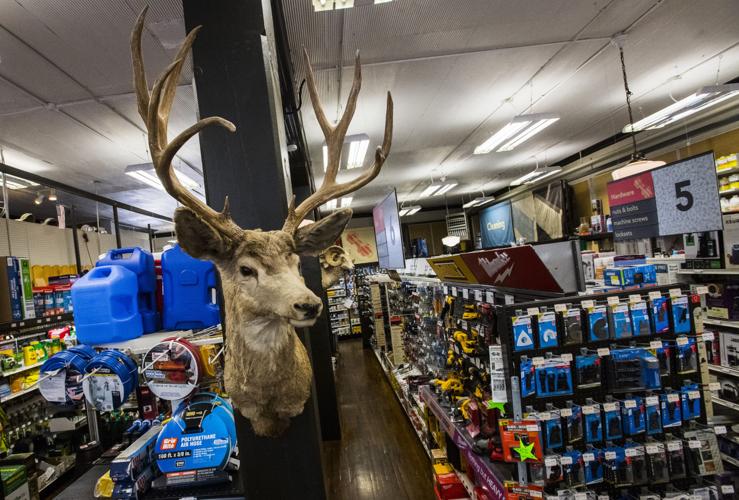 Hunting trophies dating to the 1930s hang on posts in Tomkins Hardware Store.

Main Street in Creede comes to life in the summer.

A car drives the Bachelor Loop toward the Commodore Mine outside Creede.

The man known as the poet laureate of the Rockies found inspiration in a nook of southwest Colorado.

Cy Warman was moved to write a poem that would be memorized by local school kids generations later.

“It’s day all day in the daytime,” goes the famous line. “And there is no night in Creede.”

For all of its fame, the line has equal ambiguity. What exactly did Warman mean? The common thinking is that the words had something to do with the sleepless nights of Creede back then in the 1890s. It was a rowdy hub of miners after Nicholas Creede’s silver discovery.

Those are days easy to imagine today along Main Street, framed by original buildings and backdropped by the high, hard rock that man roamed for riches.

Driving in today, there’s a welcome sign proclaiming this as “The LAST Great Place.” And here we have more ambiguity. What exactly makes Creede that?

“We live and let live,” the mayor once told us.

Said another longtime resident: “The seclusion, the quietness.”

It certainly has that quality in the winter, when people here are either joking or serious when they say they see more elk and moose than people. Creede did not follow the blueprint of many mining towns that busted and boomed again with ski resorts. Creede is without one in its direct boundaries, without the associated glitz and glamour. Creede would rather keep it gritty, historic.

Telluride a feast for the shopper, eater and sightseer | Main Street Colorado

But despite the competition of world-class destinations in these San Juan Mountains, tourists have increasingly discovered Creede in the summer.

What makes it the LAST Great Place?

“Since 1892,” reads the sign at Tomkins Hardware and Lumber. You’ll feel transported inside Main Street’s oldest business, walking on the creaking, original floors. At last visit, we found the counters and former bank still intact, along with some preserved ledgers. It’s a multi-level warehouse packed with historic oddities to go with practical items.

Gift shops rule downtown. One is Elk Country, a stop for T-shirts and rocks. More mine artifacts and antiques at Mines and Memories General Store. Shop for souvenirs while munching on home-made fudge at Creede Trading Co.

Creede Olive Oil Co. is a surprise haven of artisan goods to add to your pantry. Wander Off Broadway is another surprise, full of clothes and locally made products and so named for the Creede Repertory Theatre across the street.

West of Denver, a town as good as gold | Main Street Colorado

Among outfitters is Ramble House, started in 1956 by a man who passionately shared his passion for the area waters and game.

Kip’s is a go-to for locals and visitors. The motto is simple: “Pleasin’ the people!” It does so with tacos, margaritas and dance parties.

Tommyknocker Tavern rivals that night life as the trusted watering hole since 1999. The barbecue is another draw for summer’s many Texans.

The Best Little Dog House catches the eye heading into town. It’s a nostalgic stand where you might just find the mayor flipping hot dogs and burgers. The burgers and ice cream are more gourmet at Miners.

The Old Miners Inn, dating to the early 1900s, is now Pizzeria 8852. Great views from the deck, and the tastes are elevated as well, including specialty pies called spicy peach and blackberry prosciutto.

We heard Creede Repertory Theatre described as a “theater oasis,” a modernized stage in the middle of nowhere that dreaming stars find from afar. One of the staffers, John DiAntonio, described it further to us once:

“We’re just kind of out there in the corner. Is it real? And you get here, and it’s even more than you thought it would be.”

Since 1966, the theater has been producing big city quality shows on a rotating basis.

Beyond town is the 17-mile Bachelor Loop, a rugged drive through time around mine relics. Or stop for a tour at Last Chance Mine, traveling deep in the belly of a silver-rich mountain.

Another deep dive into the past at Creede Underground Mining Museum.

Main Street Colorado is a summer series spotlighting downtown stretches of mountain towns that altogether give the state its undeniable character.

Almost halfway through the infamous 100-mile race in Colorado’s mountains, some of the runners are at their worst, some of them arriving to th…