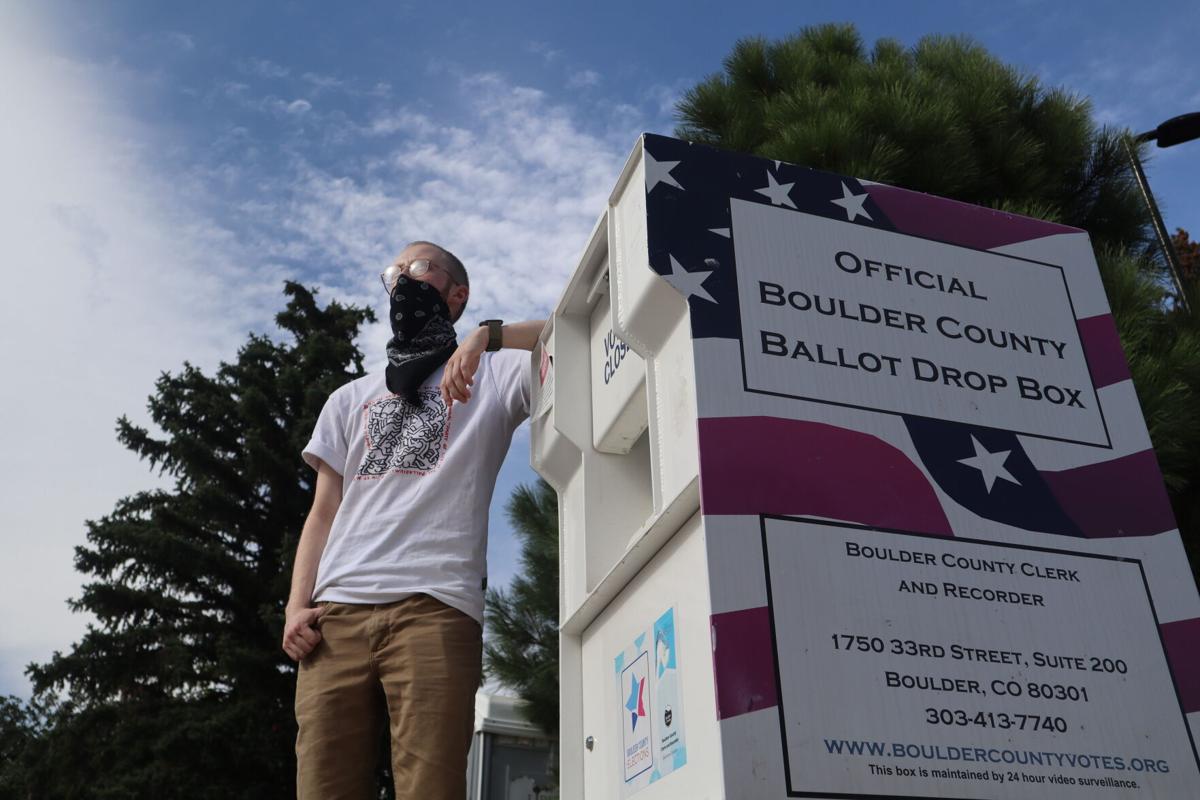 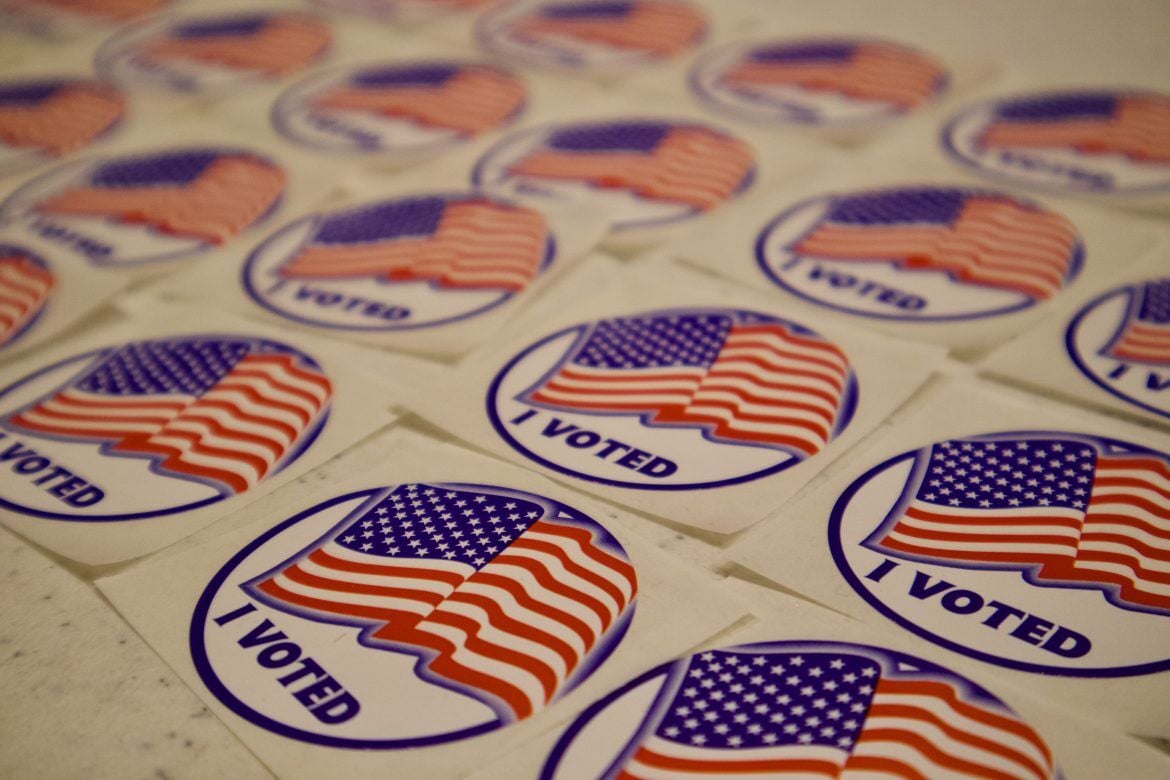 Hutchins, a self-described “capital ‘D’ Democrat,” had been a student at a boarding school in Indiana at the time. She was 16.

“In 2016, there was a sense of helplessness,” Hutchins, who is now a 21-year-old junior at Colorado College, said. “There were a lot of discussions between kids and groups of people with different beliefs. But at the end of the day, none of us could vote.”

For Hutchins and other first-time presidential election voters in Colorado, 2020 is their chance to be heard. More than half of the people in the United States are millennials or younger, with Gen Z comprising 37% of all eligible voters, according to a recent Brookings data analysis.

Colorado has seen a rise in youth turnout in recent elections, with the 2016 general election seeing 61% of Coloradans ages 18 to 24 vote, up from 51% in 2012. In the 2018 midterms, Colorado had the second-highest voter turnout in the country, thanks in large part to young voters.

'A lot of pressure'

Colorado, like the rest of the country, is embroiled in a cascade of issues, from a reckoning on race brought on by police brutality to record-breaking wildfires fueled by climate change. For many young people, it’s raised the stakes of this election.

“I think there is a lot of pressure to get out and vote, especially since we’re going to be impacted by a lot of these issues,” said Hutchins, who is supporting former Vice President Joe Biden.

Though not perfect, she said Biden will be better than Trump on key issues such as climate action.

For Colorado College junior Sophie Cardin, 20, the recent death of U.S. Supreme Court Justice Ruth Bader Ginsburg adds even more pressure to this election. Cardin is worried the presumed confirmation of Amy Coney Barret could cement the court’s right-wing ideology for years to come and hopes that a Biden administration would explore court expansion.

“Though the court is not intended to be a political institution … it has such a different view of the world than the majority of the electorate and I think that’s a really dangerous thing,” Cardin said. “I would like to see the court expanded to 13 justices.”

University of Colorado - Boulder sophomore Shay Mannik, who supported Bernie Sanders in the Democratic primary, said the upcoming election is a “mix of emotions.”

“Joe Biden wasn’t exactly my first choice,” Mannik, 20, said. “I know I will be voting against Trump for Biden but I don’t really have any illusions that he will be the savior. We’re going to have to still fight really hard to get the things that we need.”

Mannik is queer and came out during high school. He said the 2016 election “lit a fire” for his political interests with protected LGBTQ rights, health care and improved immigration policies being some of the most pressing issues for him.

CU Boulder sophomore Brenna Sullivan, 19, is especially concerned about the Trump administration's zero-tolerance policy for migrants at the U.S. border.

“I live in a mixed family, half Hispanic, half white, and I feel a moral obligation to vote against President Trump,” Sullivan said.

But younger people supporting the president’s reelection say they’re pleased with how he has performed in his first term.

CU Boulder sophomore Zoe Missner, 19, applauded Trump’s focus on the economy and the low unemployment rates before the coronavirus pandemic hit, something which she also believes he handled as well as he could have.

“There are lots of attacks on him for not doing stuff soon enough, but he closed down the borders even when everyone told him he couldn’t,” Missner said.

For CU Boulder senior Alicia Orr, 21, there isn’t an ideal candidate, a sentiment she felt during 2016. An unaffiliated moderate, Orr plans to vote for Biden, believing Trump to be too detrimental to foreign relationships.

“International relations is very important to me … it’s a dream of mine to be a diplomat someday, and I view diplomacy as very integral to our global structure,” Orr said.

Turnout amid a pandemic

While past youth turnout in Colorado shows promising signs for 2020, it could be dampened by the coronavirus pandemic, like most other things this year.

With many universities pivoting to remote learning, students face chaotic upheavals that may complicate how they are able to vote.

Michael Carter, communications manager for the nonpartisan group New Era Colorado, said the organization is working daily to help young people overcome voting obstacles such as knowing how to cast a ballot from a county or state that they are not registered in.

“We want to make sure that turnout rates still remain high,” Carter said. “Colorado’s in a pretty good place relative to a lot of other states and the value of that really becomes clear in a year like this.”

“I definitely think in 2020 we will continue to see an increase in voter turnout,” he said.

“When you visit people face to face, it is hard for folks to turn down registration,” he said. “But, alternatively, we can do that in a modern, technologically driven age by targeting social media.”

Still, many of the factors that led to higher turnout in 2016 are present today and could carry over to this year’s election.

“You still have strong anti-Trump sentiment within the age demographic of younger voters and you still have some carryover of mobilization efforts from the 2016 Bernie Sanders campaign,” Preuhs said. “Mail-in ballots are still available, so I expect to see numbers in youth votes that are similar to 2016.”

Voices of the nonvoters

Though signs are pointing to high turnout among young voters, reasons for apathy still remain.

“There is a lot of disillusionment with the political system from people my age,” Mannik, the CU Boulder sophomore, said.

He blames the Electoral College and the influence of corporate interests on politics as key reasons for why young people may feel their vote doesn’t count.

“Certainly, I feel like everyone should vote. But some of the pressure is misplaced on our generation,” he said.

For Hutchins, the Colorado College junior, she understands that party frustration is a root cause of younger people’s disinterest in voting.

“There have been a lot of times where the (Democratic party) has been neglectful or actively bad for marginalized people,” Hutchins said. “There is legitimacy to that.”

Orr, the CU Boulder senior and unaffiliated moderate voter, said most people in elected office are in older generations, something that can alienate her demographic.

“I feel like for a lot of younger people it’s hard to connect with that,” she said.

As a way to rectify voter disenfranchisement, Cardin, who is also a member of several voter outreach groups, said young people need to do things within their community.

“Because politics has been relegated simply to the realm of elections and what happens in Congress and in the White House, people don’t feel as though they personally have any political power,” she said.

Missner, the CU Boulder sophomore and College Republicans member, said young people need to be better prepared for politics than they currently are and supports mandatory civics education in high school.

“High schools need to give more information, but no skewed information,” Missner said. “It needs to be as unbiased as possible.”

But even as issues with the political system remain, these young voters say sitting out this election isn’t an option.

“You have the right to vote, but if you care about democracy, you have a duty to vote,” Cardin said. “People should see it as a responsibility to their country but also to their community and the people they care about.”

Those looking to register to vote in Colorado can do so at the Secretary of State’s website.

In less than five years, Aurora transformed from a reliably Republican city to a decidedly progressive Democrat-controlled one.

Voices of the Voters | Colorado Election 2020

‘A mix of emotions’: Election ignites hopes, fears and pressures in first-time presidential voters | VOICES OF THE YOUNG VOTERS