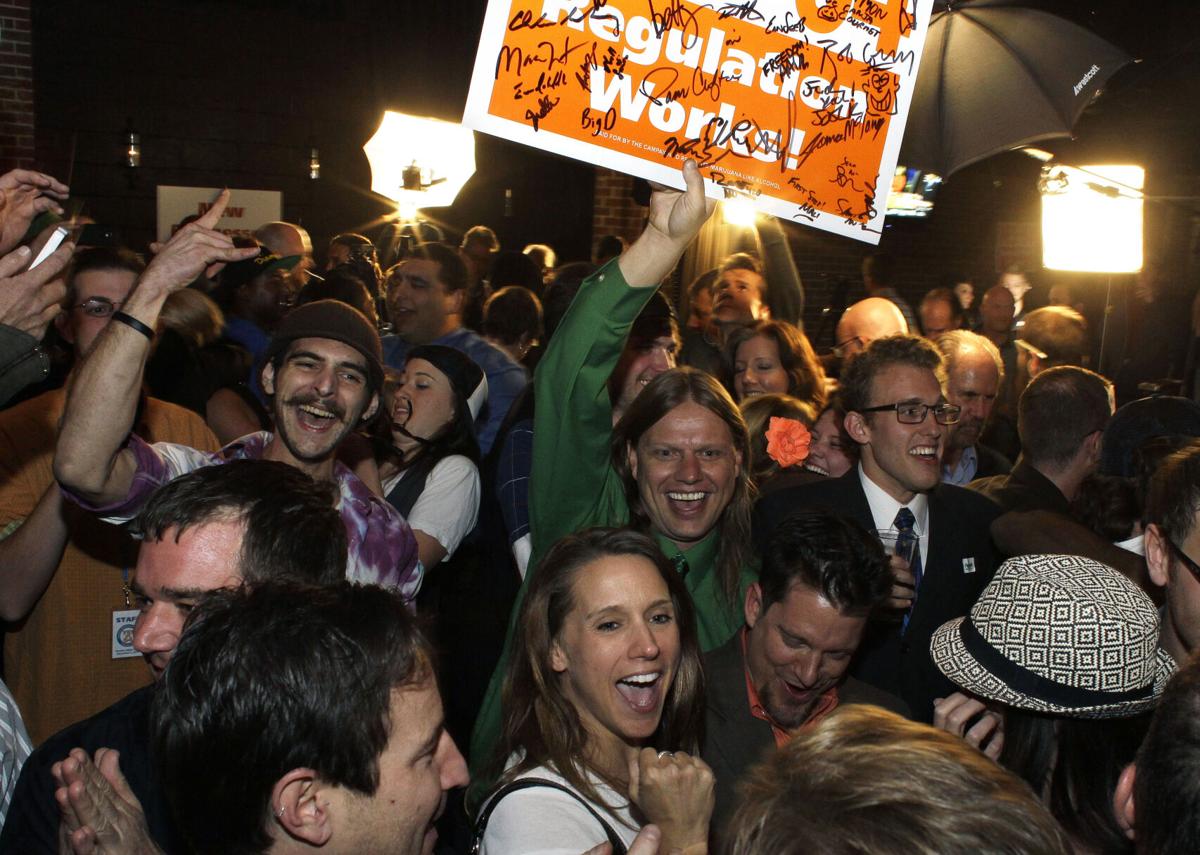 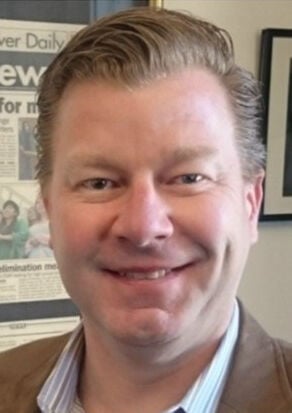 Editor’s note: Robert Corry played a prominent and pivotal role in the movement to legalize marijuana in Colorado. The University of Colorado graduate and Stanford-trained lawyer helped draft groundbreaking Amendment 64 on Colorado’s 2012 statewide ballot — permitting production and retail sales of recreational pot. Corry also designed and implemented the dispensary framework for patients and caregivers under Amendment 20, enacted by the state’s voters in 2000 to allow medical use of marijuana. As a trial attorney, he represented hundreds of clients accused of marijuana-related offenses, and he litigated cases and administrative actions involving Amendment 64’s implementation. Yet, nearly a decade after voter approval of his handiwork, he now professes deep disappointment and wide-ranging regrets. In today’s Perspective, he issues a searing indictment of how legalization has turned out. He decries the legal marijuana industry’s “crony” capitalism and its cozy relationship with government. He lets on, “I wish I could be proud of what we created, but I’m not. The outcome of 64 is shameful, hurts people, and Colorado is not ‘safer.’ ”

We started with the best of intentions. Colorado Amendment 64, which I helped draft, made three promises:

• Create a free-enterprise system, taxed and regulated similar to alcohol for commercial sales, to allow for true competition and innovation by upstanding businesspeople.

• Regulate industrial hemp as an agricultural commodity distinct from the psychoactive drug. To be legally considered hemp, plants and finished product must meet a strict ceiling of 0.3% or less delta-9 tetrahydrocannabinol (“THC”), the psychoactive ingredient.

Based on these three promises, Colorado voters passed 64, the “Alcohol-Marijuana Equalization Initiative.” The campaign focused on the question of what is “safer,” marijuana or alcohol. SAFER (Safer Alternative for Enjoyable Recreation) was the name of the primary advocacy organization behind 64.

I helped write Amendment 64, litigated numerous cases before and after 64 to make it a reality, and also helped design implementing regulations at the state and local levels.

I wish I could be proud of what we created, but I’m not. The outcome of 64 is shameful, hurts people, and Colorado is not “safer.”

I have remained consistent through the years in advocating for legalization, an end to marijuana prohibition, and an end to criminal prosecution of marijuana offenses.

What I have changed my mind on — applying current reality I was too naive to anticipate 10 years ago — is the wisdom of a commercialized, for-profit, elitist, government-protected, privileged, monopolistic industry that perpetuates itself and its obscene profits, to the detriment of the public good and the planet earth.

Amendment 64’s safety valve for an irresponsible industry was supposed to be individual freedom; an adult could produce and distribute personal amounts and assist other adults in this. A model similar to Amendment 20, enacted in 2000 for medical marijuana patients. A majority of voters would never have supported a commercialized for-profit mass-production industry, without also empowering people to have our own small personal gardens. This individual-rights aspect of Amendment 64 secured critical acceptance from the long-standing marijuana-reform movement. The medical marijuana patients and dispensaries I helped create and legally represented would not have supported 64 without this, and it would have failed with our opposition, as we could have swung 5% of the vote, which was the margin of victory.

The first two promises of Amendment 64 were not kept. Marijuana prohibition continues, in fact after 64 passed, the Legislature increased criminal penalties for cultivation and distribution. As always, the targets of this prosecution tend to be the poor, racial minorities, or recent immigrants. The marijuana industry cynically cheers on this oppressive criminal prosecution of unlicensed individuals for a dozen or so plants, while that industry grows many thousands.

No true free enterprise exists in this regulated industry, but rather a small oligopoly of crony capitalists who are given privileged government licenses. Licenses are capped, and new entry is nearly impossible. Extreme regulations are created and supported by the big players, and benefit these big players over smaller competitors. The regulators daily pass through an unrestrained revolving door between government and the industry they supposedly regulate. True competition is lacking. Industry exploits its centrally planned regulatory system to fix inflated prices, and government chips in extreme taxes at levels imposed on no other product. Regressive pricing disproportionately harms the poor. And the quality of this overpriced commercialized product is awful, and harmful to adults and children alike. No wonder we still grow it ourselves, even though that’s still a crime.

Only industrial hemp is regulated as Amendment 64 promised.

But the pot lobby threw a temper tantrum against Dr. Caraveo’s moderate proposal.

The inmates are running Colorado’s marijuana asylum. Amendment 64 created a corporate lobby that punches far above its weight. To demonstrate this industry’s unjustified political clout, even during a pandemic, the governor and the Denver mayor deemed marijuana businesses “essential,” while schools, churches, gyms, and most other nonbig box stores were shut. So, it was not “essential” to educate our children — our future — but it was “essential” to maintain those children’s access to high-potency corporate marijuana. And access it they surely do.

The pot lobby has cleverly cultivated an image of hip social responsibility. But underneath the hipster beards and effete skinny jeans, lurks old-fashioned corporate crony greed, rent-seeking, and regressive suppression of the poor. The fawning that legislators and executive branch officials bestow on this criminal cabal is mystifying.

Especially with a supposedly “progressive” Legislature. This industry genetically modifies plants at a level that would make Monsanto blush, fouls our planet with chemicals and wasteful growing systems, harms the poor and children, is dominated by the wealthy and privileged, and proclaims its brilliance to a nauseating degree.

Pot lobbyists are well-paid to spread the lie that potency regulation would “destroy” the industry. However, Colorado’s thousands of licensed hemp farmers somehow manage to keep millions of hemp plants and tons of harvested product, below the 0.3% THC limit. If a hemp plant exceeds 0.3%, it is destroyed. And Colorado leads the U.S. in industrial hemp production. Our dynamic hemp industry thrives, despite the strictly enforced limit on THC content.

Cannabis grown outdoors naturally under the sun, as God intended, contains about 5.0% THC. Natural organic marijuana can promote gentle relaxation, happiness, or creativity. It can be a miracle for a sick or dying patient. Cannabis has been used as medicine and spiritual sacrament for thousands of years, before recorded human history.

On a proportional basis, corporate marijuana is Colorado’s worst environmental polluter. It pumps chemicals and carbon greenhouse gases into our air, uses tons of energy, harms our climate, dirties our drinking water, and ruins our environment. It stinks, literally and figuratively. Most of the foul-smelling warehouses are next door to a poor or minority neighborhood, whose children grow up smelling the skunky chemical stench. None of this is necessary; marijuana should be grown outdoors, but then artificially pumping up THC potency would be harder and more expensive.

And this is only the actual plant flower. When the corporations further manipulate it to produce concentrates or edibles, even more poisonous chemicals, more power and energy, more runoff, are used to bring the THC levels up in wax, oil, shatter, or edibles.

In 2016, I filed a class-action lawsuit against one of Colorado’s largest marijuana corporations, caught using the notorious Eagle-20 Fungicide on their marijuana plants. Eagle-20 is designed only for outdoor ornamental plants, i.e. outside flowers that you only look at, not plants consumed by humans and definitely not for indoor enclosed environments. Eagle-20 contains myclobutanil, a chemical which, when heated, turns into hydrogen cyanide, a lethal gas. The effects of this awful gas are even more pronounced when it is concentrated and stuck into artificial plastic vape pens for heating, which are easier to carry and harder to detect, thus have become the preferred method of consumption for teens, along with glass “dab rigs” that resemble crack pipes.

The quality of this “marijuana on steroids” is artificial and unappealing, if one’s mind and taste buds are clear. The “high” is not really a positive happy high at all, but either a dead numbness or a scary psychotic paranoia, especially with edibles or concentrates. Frequent users develop tolerance, and eventually crave it. A permanent addict customer base, resulting in higher profits.

Connoisseurs say that Colorado’s mass-produced artificial marijuana is “fine for tourists or teens,” those who don’t know better. Colorado’s best marijuana comes from organic home gardens, grown with love and without chemicals, passed around without remuneration among family and friends, or to medical patients from caregivers who care.

Big Marijuana cheers on the criminal prosecution of small personal gardens, with the disingenuous mantra that those licensed are doing it the “right way.” But in fact, each one of these licensed operators is a knowing federal criminal, as well as all of the ancillaries such as banks, lenders, investors, or advertisers. Marijuana remains illegal under federal law, state licensed or not.

And this is perhaps licensed marijuana’s most detrimental long-term damage to the American people, and our respect for the rule of law. State and local government endorses ongoing criminal enterprises, and even taxes and profits from it. And this erodes the consent of the governed, necessary for a civil and free society.

This evil industry’s metastasis was enough to drive any right-thinker a little crazy, compounded by use of the actual product. But there is nothing wrong with a person clearing his mind from chemical pollutants, and then changing his mind when confronted with now-undeniable facts that could not have been fully anticipated when creating a brand-new industry in 2012.

In addition to Dr. Caraveo’s bill, the solution might not be as time-consuming as was the creation of this industry, the foundation of which is shaky. A few taps on the cracks in the system could tumble the house of cards, in Colorado and nationally.

Past federal action relating to licensed marijuana read from the 1990s playbook; search warrants, informants, wiretaps, stakeouts, tedious investigation, and so forth. But licensees have made a deal with their devil; in exchange for the license, they consent to future search of their premises or documents, without a warrant, by any government officer, including federal. State regulators are required to provide complete license applications to any federal law enforcement requesting them, on demand. These applications contain copious details of lenders, and other leads.

A nonpolitical career DEA agent from say, Alabama, could hear of someone from Colorado smuggling Colorado edibles into an Alabama concert, and could investigate Colorado operators, and those who bank with them, or newspapers where they advertise, all of which “aid and abet” criminal activity. The Justice Department appropriations bill only restricts funding for prosecutions against licensed medical marijuana, but recreational marijuana has zero such protection. And the Treasury appropriations bill only prohibits the Treasury Department from penalizing banks; it does not prohibit Justice from doing anything, and still even allows Treasury to access any and all bank records. Anyone who has invested in marijuana could receive a subpoena from Treasury or the DEA. There are many other built-in vulnerabilities in this marijuana mirage.

So, perhaps the green monster should be less strident and more respectful moving forward, for its house is built on sand, and in need of serious renovations.

LETTERS: Willingness to speak out; no simple or obvious solution