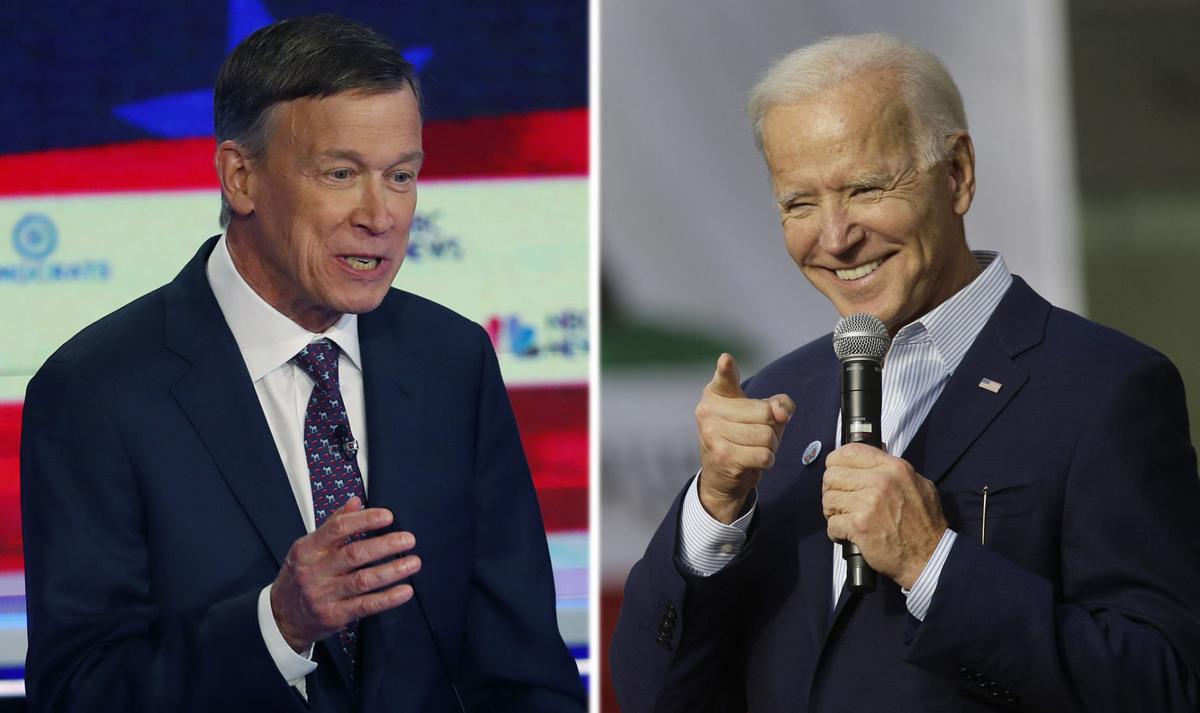 Democratic U.S. Sen. John Hickenlooper, left, and President Joe Biden hold the records for most votes received by candidates on the Colorado ballot, with both high marks set in the 2020 election. 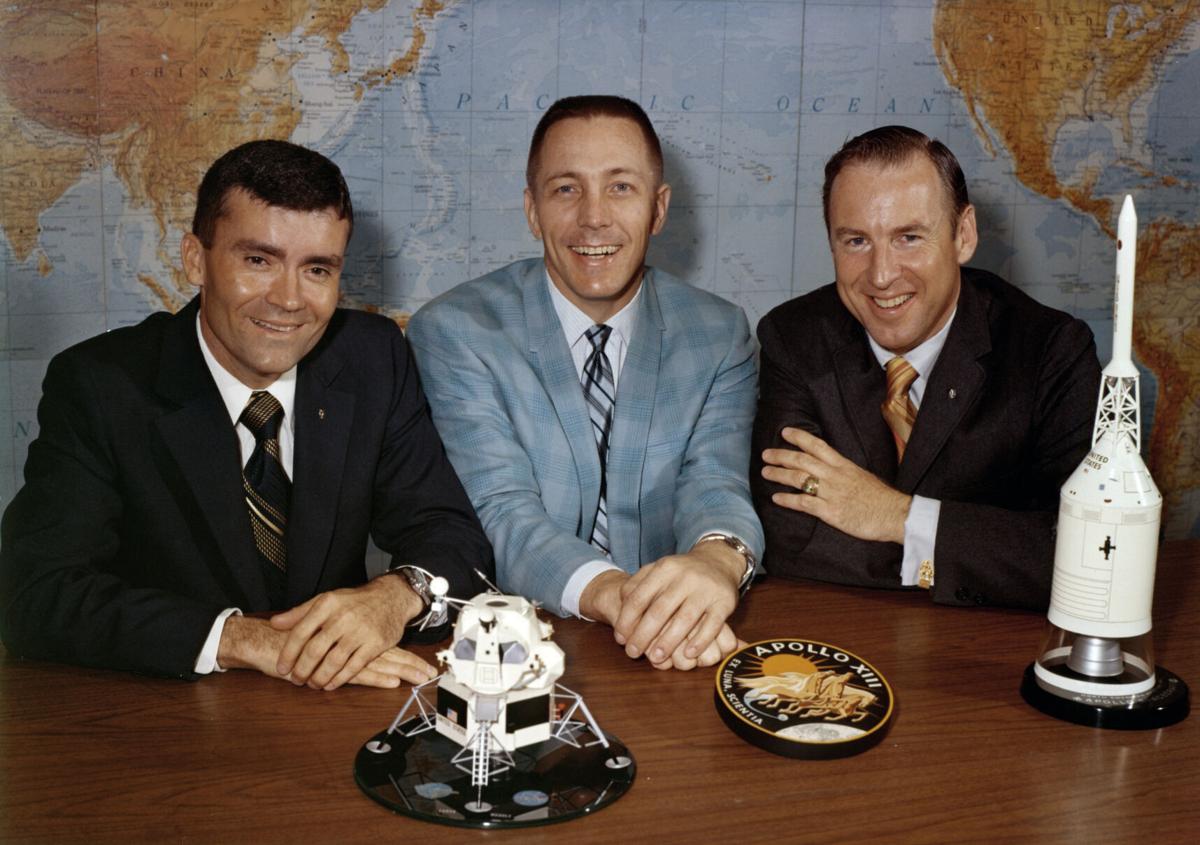 Apollo 13 astronauts, from left, Fred Haise, Jack Swigert and Jim Lovell gather for a photo in April 1970 on the day before launch. 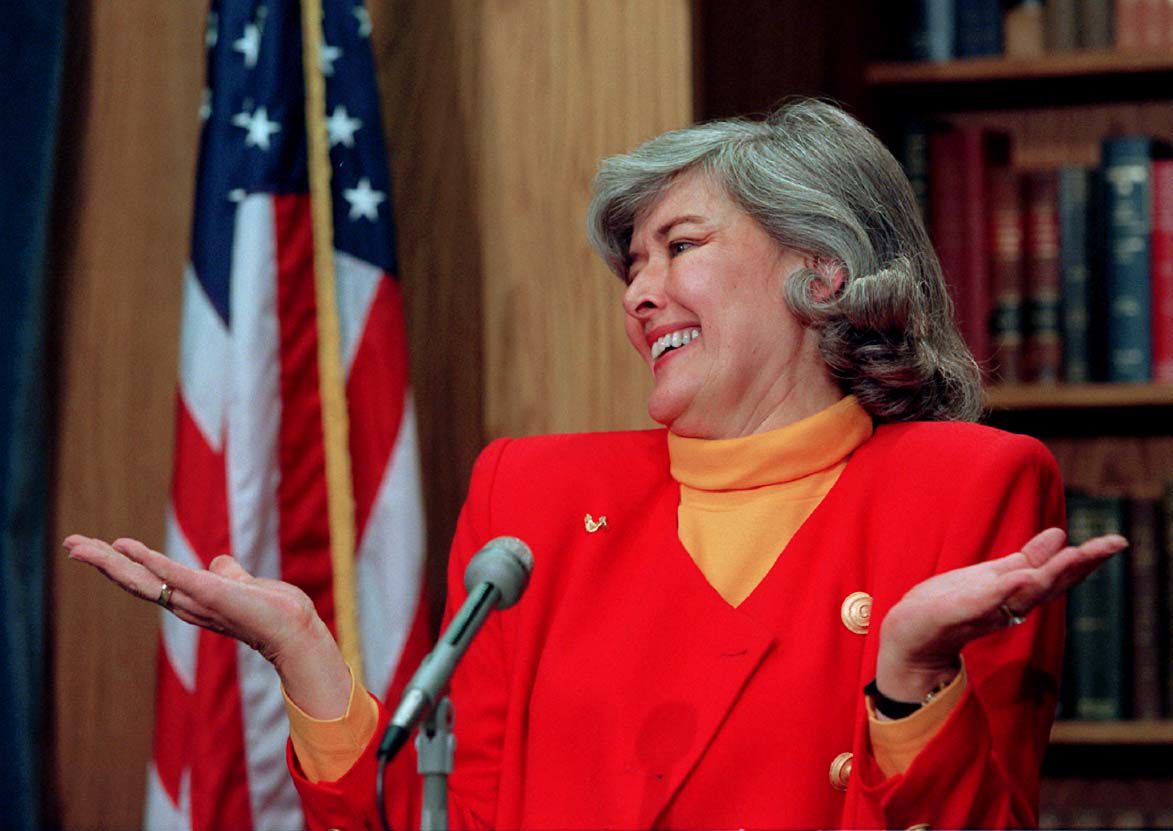 Last week, Trail Mix marked the impending passage from summer’s dog days toward the back-to-school mood that will soon take over — at least as far as the state’s political scene is concerned — by reviewing a handful of political records. Mind you, not the kind of records candidates run on or their opponents use to bash them, but the kind of obscure trivia that pops up when political nerds start reminiscing.

While there’s been no shortage of gripping and often alarming news lately — from Denver boasting the unhealthiest air in the world to New York Gov. Andrew Cuomo resigning, while hospitals in some states near pandemic-fueled breaking points — the usual political rigamarole might well have pressed pause at midsummer, as the state has been waiting on some shoes to drop before the 2022 election kicks into gear.

Among those shoes: the anticipated candidacies of a handful of prominent Republicans challenging Democratic incumbents for statewide office. As well, the congressional and legislative redistricting process is ready to ramp up a notch with last week’s release of final census data.

On the theory that it can help make sense of where you’re going if you have a clear picture of where you’ve been, here are some of the hallmarks of Colorado elections in the modern era — a grab bag of some of the mosts, firsts and other superlatives, the purely political milestones that have defined the state’s contests for major statewide and congressional offices over the past 50 or so years.

Our previous column took a look at the incumbents who have held office the longest. Rep. Diana DeGette holds the crown, first elected to the legislature in 1992 and in office ever since.

DeGette also boasts the longest undefeated streak of any Colorado politician since legendary state Rep. Wayne Knox, the Denver Democrat who served in the Colorado House for 32 years starting in 1962. Knox had only a brief time out in the early 1970s after he stepped aside for one election after being drawn into the same state House district as then-state Rep. Dick Lamm, who gave up the seat in 1974 to run for governor.

In the past 50 years, only one Coloradan has won election to statewide or congressional office but didn’t serve: Republican Jack Swigert, who won a House seat but died before taking office.

Swigert was one of the three astronauts aboard the ill-fated Apollo 13 mission — it was Swigert who first uttered the immortal phrase, “Houston, we’ve had a problem here,” though the flight’s commander, Jim Lovell, rephrasing it slightly, repeated it for the ages. He was elected by a wide margin in 1982 to the newly created 6th Congressional District, representing suburbs to the west and south of Denver.

Swigert revealed that he’d been diagnosed with cancer during the campaign, and although doctors believed they had successfully treated the tumor by mid-June, an aggressive bone marrow cancer returned later that summer. Swigert died at age 51 on Dec. 27, just seven days before he would have been sworn in.

Republican Dan Schaefer won the seat that spring in a special election and held the seat for seven terms.

Before 1966, Colorado voters had only elected white men to statewide or congressional office. That year, Republican Virginia Blue was the first winning candidate to break the mold when she was elected state treasurer, a position she held until her death in 1970.

Democrat Pat Schroeder in 1972 became the first woman elected to Congress from Colorado. She retired in 1996, handing off the Denver-based 1st Congressional District to DeGette, only the second Colorado woman to serve in Congress. (Together, their 50-year span in office is the longest uninterrupted stretch any district in the country that has been represented by women.)

Democrat George Brown became the first Black Coloradan elected to statewide office when he won the lieutenant governor’s race in 1974 — when the No. 2 spot was elected independently — before the governor and lieutenant governor candidates ran as a ticket.

The state’s first — and so far only — Native American member of Congress was Democrat-turned-Republican Ben Nighthorse Campbell, who won a House seat in 1988 and later served two terms in the Senate, winning his second term by a wide margin after switching parties two years into his first term.

Republican Vickie Buckley, elected secretary of state in 1994, was the first Black woman elected to statewide office in Colorado.

Democrat Ken Salazar was the first Hispanic Coloradan to hold statewide office, serving as attorney general after the 1998 election and ascending to the Senate in 2004. That same year, his brother, John Salazar, was also elected to the House, making the two the first Hispanic congressional officeholders from the state.

Democrat Joe Neguse, the son of Eritrean immigrants, in 2018 became the state’s first Black candidate elected to the House.

Since statehood, the longest drought either major party has endured without winning a particular major office was the 56-year stretch from 1962 to 2018, when Republicans won every election for secretary of state. Democrat Jena Griswold broke the spell in 2018 and at the same time became the first Democratic woman elected to the post.

President Joe Biden holds the fragile record for most votes received by a candidate in a Colorado election with the 1,804,352 votes the Democrat received last year when he won the state’s electoral votes, beating then-President Donald Trump by 13.5 percentage points.

Democratic Sen. John Hickenlooper holds the record for most votes won by a Colorado candidate on the Colorado ballot, with 1,731,114 votes, enough for a 9-point win over Republican Cory Gardner.

The first Coloradan to receive 1 million votes was Ken Salazar with 1,081,188 votes in 2004, when he won the Senate race over Republican Pete Coors by about 5 points.

Hickenlooper became the first gubernatorial candidate to break the million-vote barrier in 2014, though just barely — with 1,006,433 votes in a tight, roughly 3.5-point win over Republican Bob Beauprez.

That same year, Republican Cynthia Coffman also passed the mark with 1,002,626 votes in a 9-point win over Democrat Don Quick in the race for attorney general.

It’s become routine for statewide candidates on both sides of the ledger to surpass 1 million votes — every Republican and Democrat running statewide in 2016, 2018 and 2020 accomplished the feat — but Cynthia Coffman’s vote count in 2014 set another, more obscure record that still stands, though she shares it with another.

Coffman and CU Regent at-large Heidi Ganahl, who garnered 1,220,511 votes in 2016, are the only Colorado Republicans to have won more than 1 million votes and won election at the same time.

Mary Estill Buchanan, the Boulder Republican who served two terms as secretary of state and came within fewer than 20,000 votes of the U.S. Senate, owns more than a couple of the state’s political firsts.