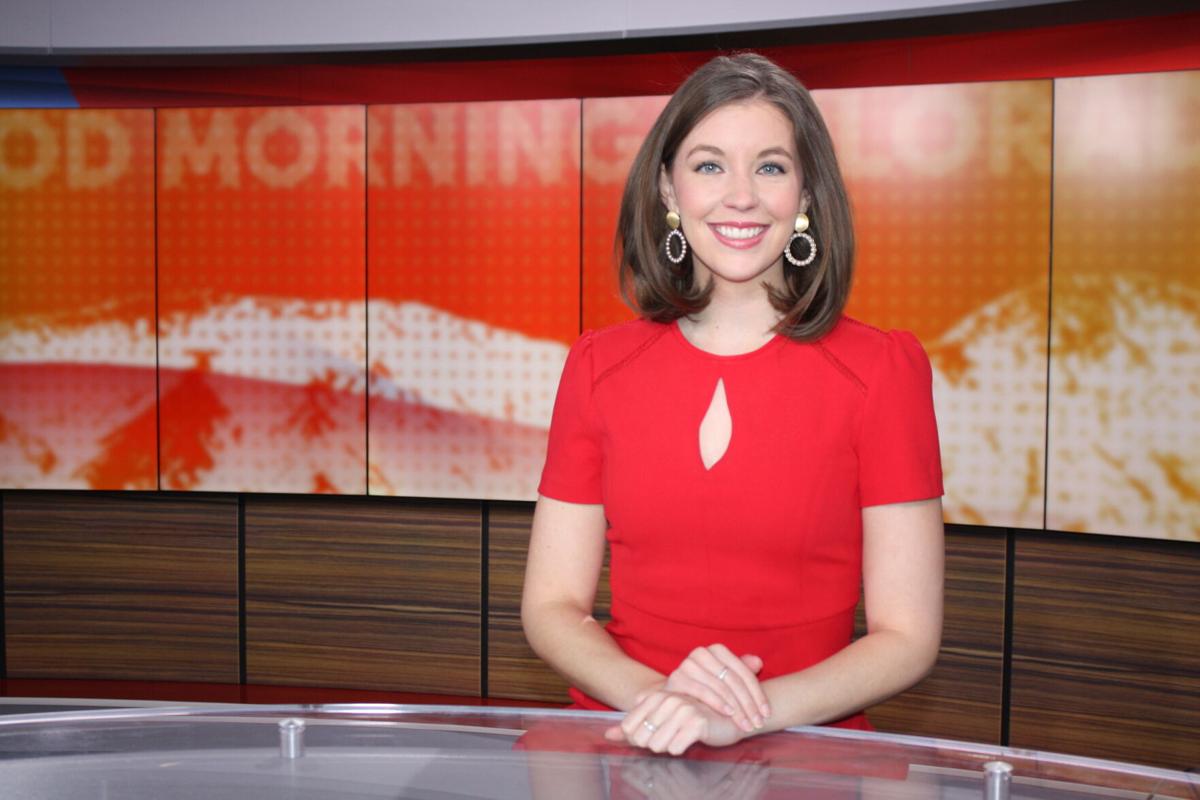 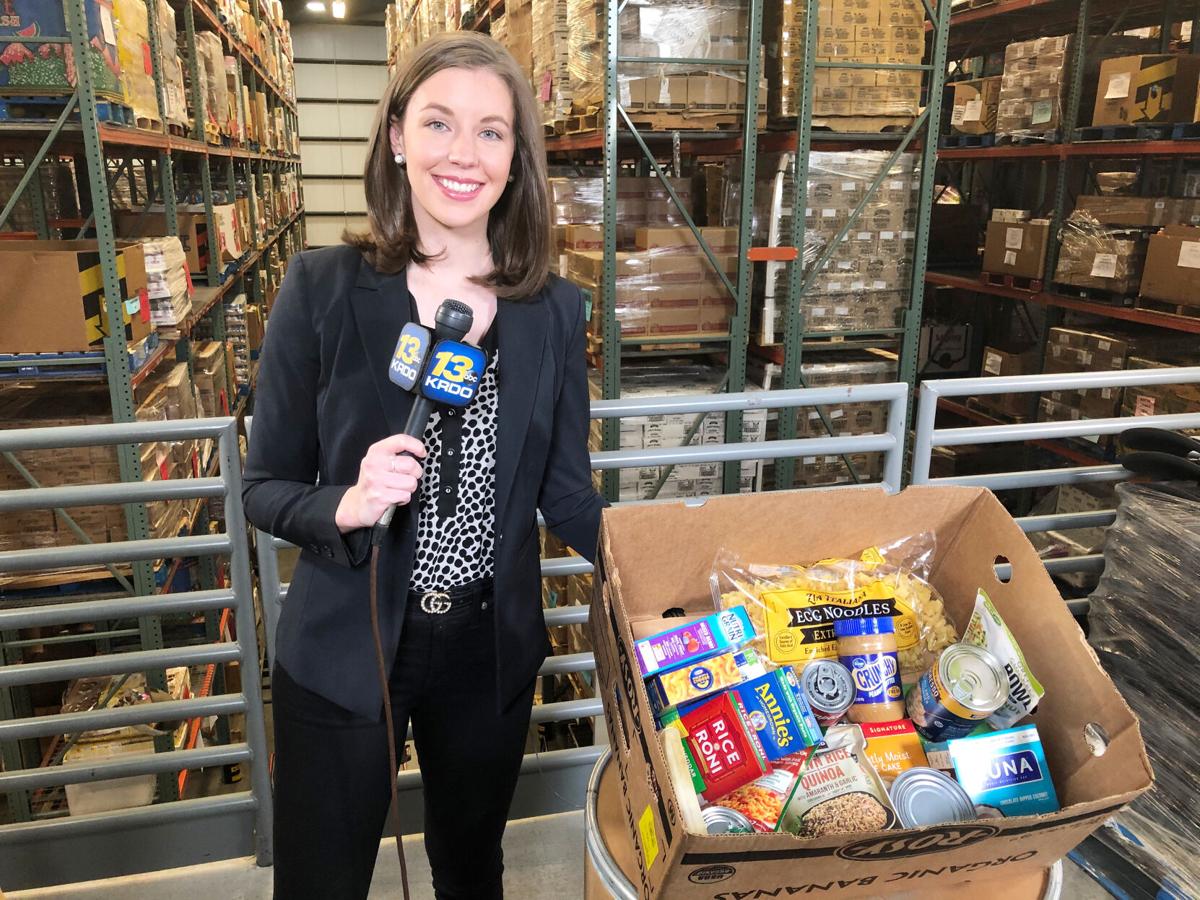 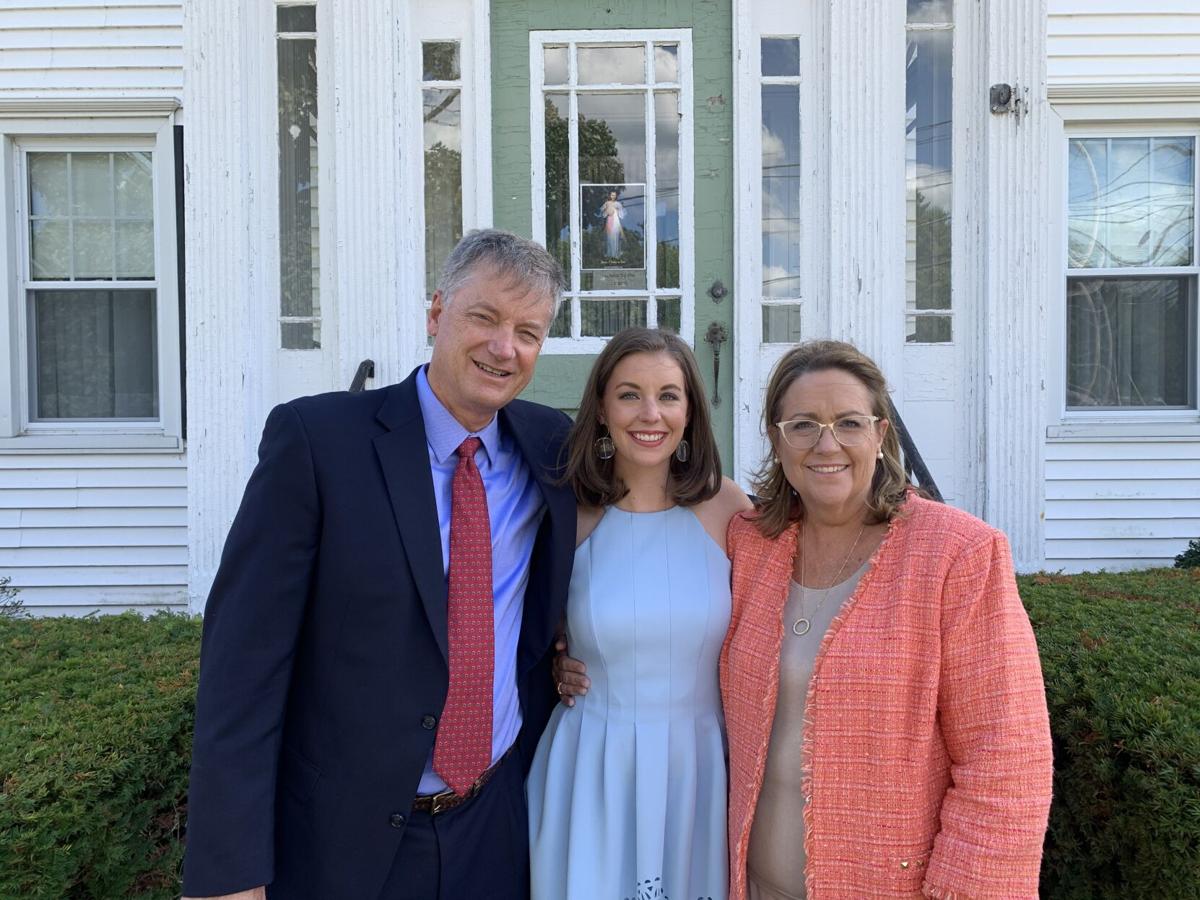 Brynn Carman with her parents. 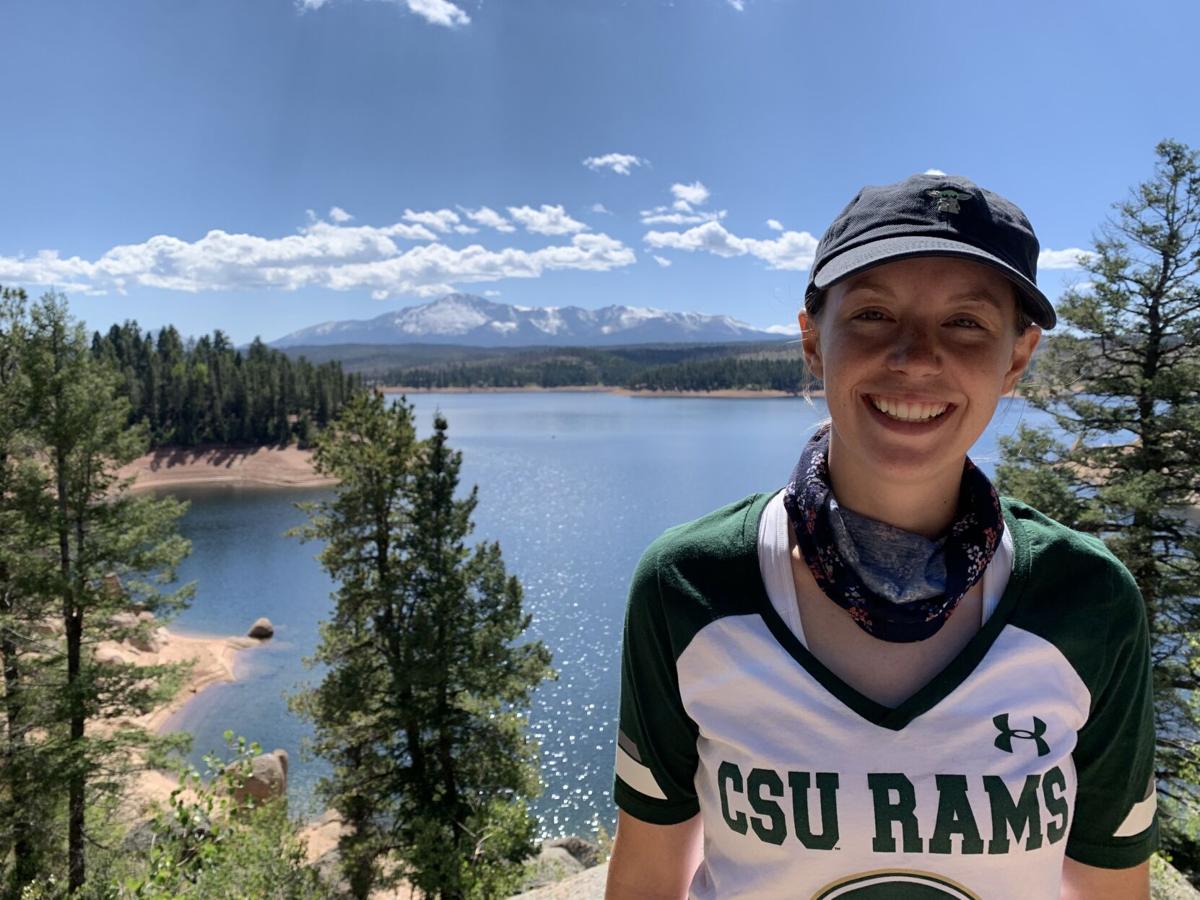 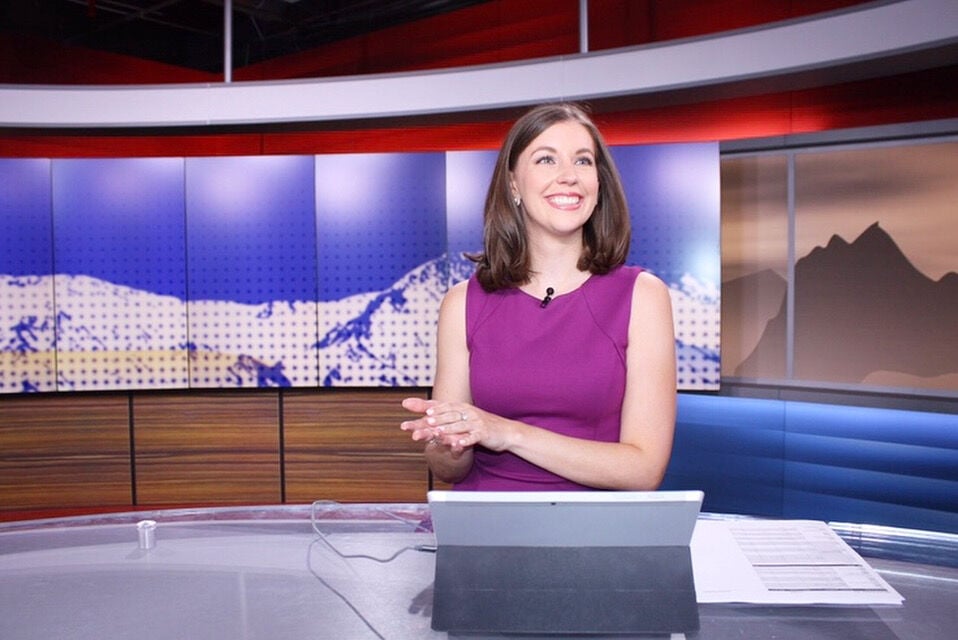 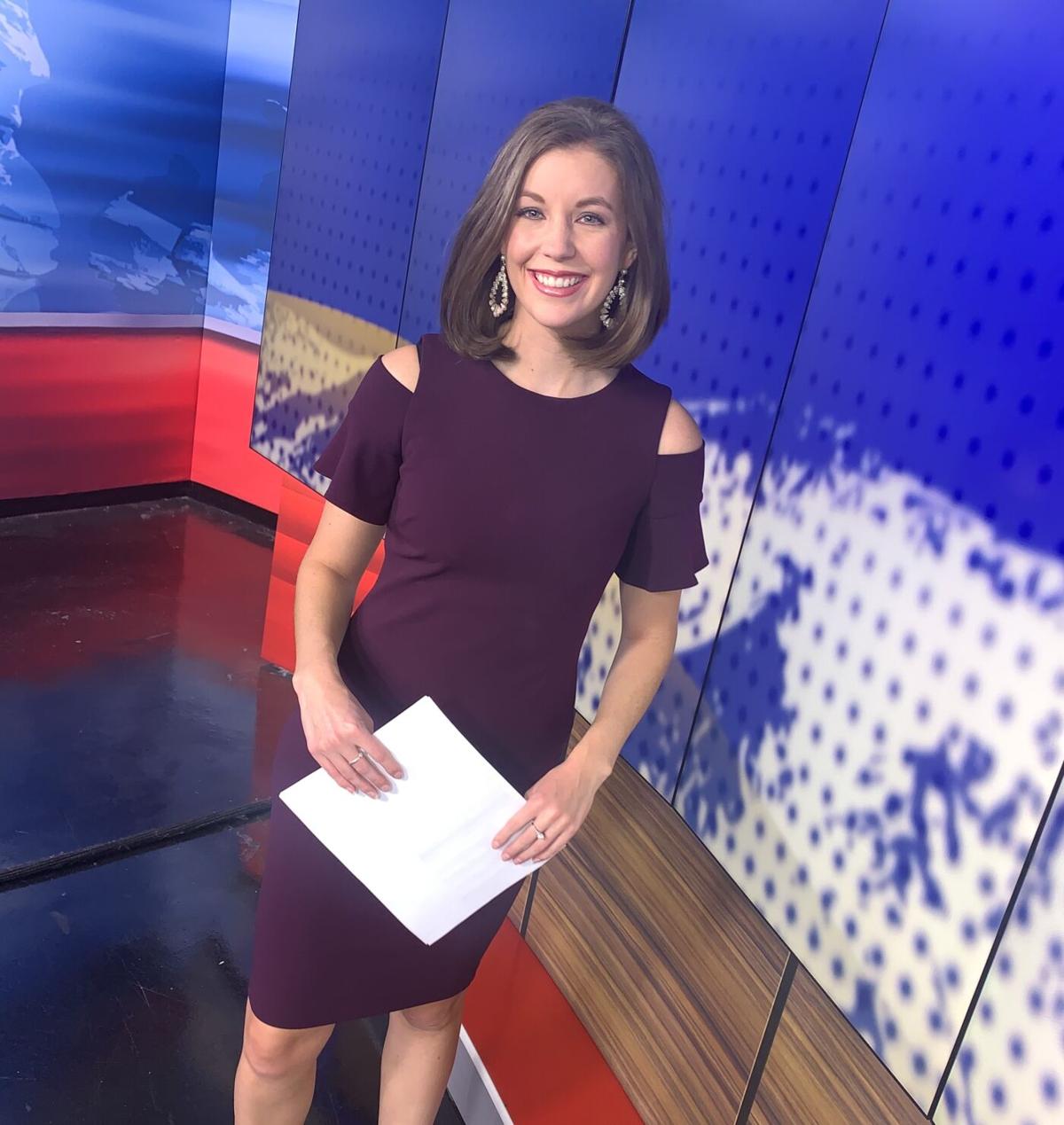 Brynn Carman with her parents.

Colorado native and former competitive figure skater Brynn Carman has been a morning anchor at KRDO since 2019. To get to know Brynn away from the camera, I asked her a few simple questions.

Question: What are some things you've done to pass the time during the pandemic?

Answer: Thankfully my family is local, living an hour north of Colorado Springs in Centennial. They’ve been part of my COVID bubble since the beginning. I have really enjoyed spending quality time with them and know how rare that is. My brother and sister live in different states, but when their schools moved to remote learning they both came home and I am grateful for the unexpected time to recharge and relax with them.

My family is big on game nights and they became a serious matter amid the pandemic. We picked up some new games and had some very competitive nights playing cards at the Carman household. The pandemic also forced me into the car for a lot of long drives exploring southern Colorado. In addition to that, there were a few camping trips and hikes. Like most people I also watched way too many shows and movies, but I feel like I can balance it out a tiny bit, as I’ve also read more books than ever before.

Q: You're a figure skater. How did you get started in the sport?

A: I got started in figure skating as a toddler after watching competitions on TV with my mom. She was a big fan of the sport and I quickly became interested. At 4 years old, my parents signed me up for a six-week class. It did not go well. I was falling all over the place and wanted to quit. My parents made the rule long ago that you have to finish what you start. After completing the six-week class I was hooked on the sport and loved it. From then on it was eat, breathe, sleep, skate. Maybe not always in that order, but I went on to skate competitively until I was 18 years old. I won several national medals along the way and represented Team USA at international competitions and two Junior World Championships.

Q: What is a passion you have that people might find surprising?

A: I grew up hunting and fishing with my dad and brother and enjoy doing it with them to this day. As a young woman competing in one of the most graceful sports, people were always surprised with my outdoorsy roots. Even now with how dressed up and professional I have to be for work, people probably struggle picturing me in camo and waders.

Q: When did you know you wanted to work as a broadcaster?

A: In 2008 my partner, Chris Knierim, and I had just won the Novice National Pair title. We were in St. Paul, Minn., and were asked to do a live interview segment with a local TV station. I was so fascinated by the camera equipment and how the reporter was presenting herself and the questions she asked us and in that moment my excitement for being on TV was almost as great as competing in programs at Nationals. From then on I always knew when my figure skating career ended, I would pursue a job in broadcasting.

A: There’ve been a few really cool instances, but two stick out in my memory. I had finished competing in my first national in 2007 and my mom and I got in the hotel elevator to go up to our room for the night and in walks the famous Johnny Weir. He was overly nice and asked me all kinds of questions about what event I was in, how I was enjoying my first nationals and my goals in skating. I had watched him on TV my whole life and was in awe of his presence and how much we talked about on that short elevator ride when I was 12.

Years later, at the 2018 U.S. Figure Skating Nationals, sportscaster Mike Tirico was at the same restaurant my mom and I were at. He had just been tapped to host the Olympic coverage for NBC in PyeongChang. I thought I recognized him and my mom gave me enough courage to go talk with him. She went up with me and I introduced myself as a former figure skater turned broadcaster. He had tons of good advice for my career and asked me several questions about skating. He said he was so excited for the Olympics but didn’t know much about the skating world which is why he came to the competition. My former partner, Chris Knierim, made the Olympic team that year. When Mike and Chris popped up on my TV a few weeks later at the Olympics I was so giddy.

Q: What co-worker/s do you hang out with the most?

A: Josh, my co-anchor, and his wife, Johanna. They got a puppy in 2020 and I’m obsessed with her. Her name is Amber and I am so lucky to be her aunt. During the pandemic there have been lots of socially distanced hangouts at the park. Typically a lot of the girls from work will get together for "Bachelor" watch parties, but because of COVID we have had to cancel most viewings, which is such a bummer because that show really is better to watch with friends.

Q: What’s the most enjoyable/memorable story you've worked on?

A: If I had to pick just one it would have to be a story I did when I was working in Des Moines. There was this couple who lived on a farm whose kids were already raised and starting their own families. Out of the goodness of their heart they decided to adopt a disabled man in his 70s who had been living home to home his whole life. I didn’t have much information prior to meeting them and knew this was a very personal story. I was worried about how the story was going to come together but as soon as I rolled up, my fears washed away.

Homer, the man who had been adopted, grabbed my hand and showed me around his new home and introduced me to his farm animals. He told me all about how happy he was with his new family and the unconditional love and support they showed him. Needless to say the story was a huge success because of how welcoming everyone was about this adult adoption and how life only got better after Homer arrived. Not only was I proud of the story but I was so thankful to have met some of the kindest people in the world that day. A year later they called me back to the farm for a follow-up story. As it turned out, they had brought in another disabled man, Homer’s best friend. They had met years prior at a care facility and thought why not spread the love and let him move in too. If I could have spent all day out there filming with them and talking I would have. It was so hard to leave.

Arkansas native and Kansas City Chiefs fan Taylor Bishop has been with Fox 21 since 2015, starting as a multimedia journalist and working her …