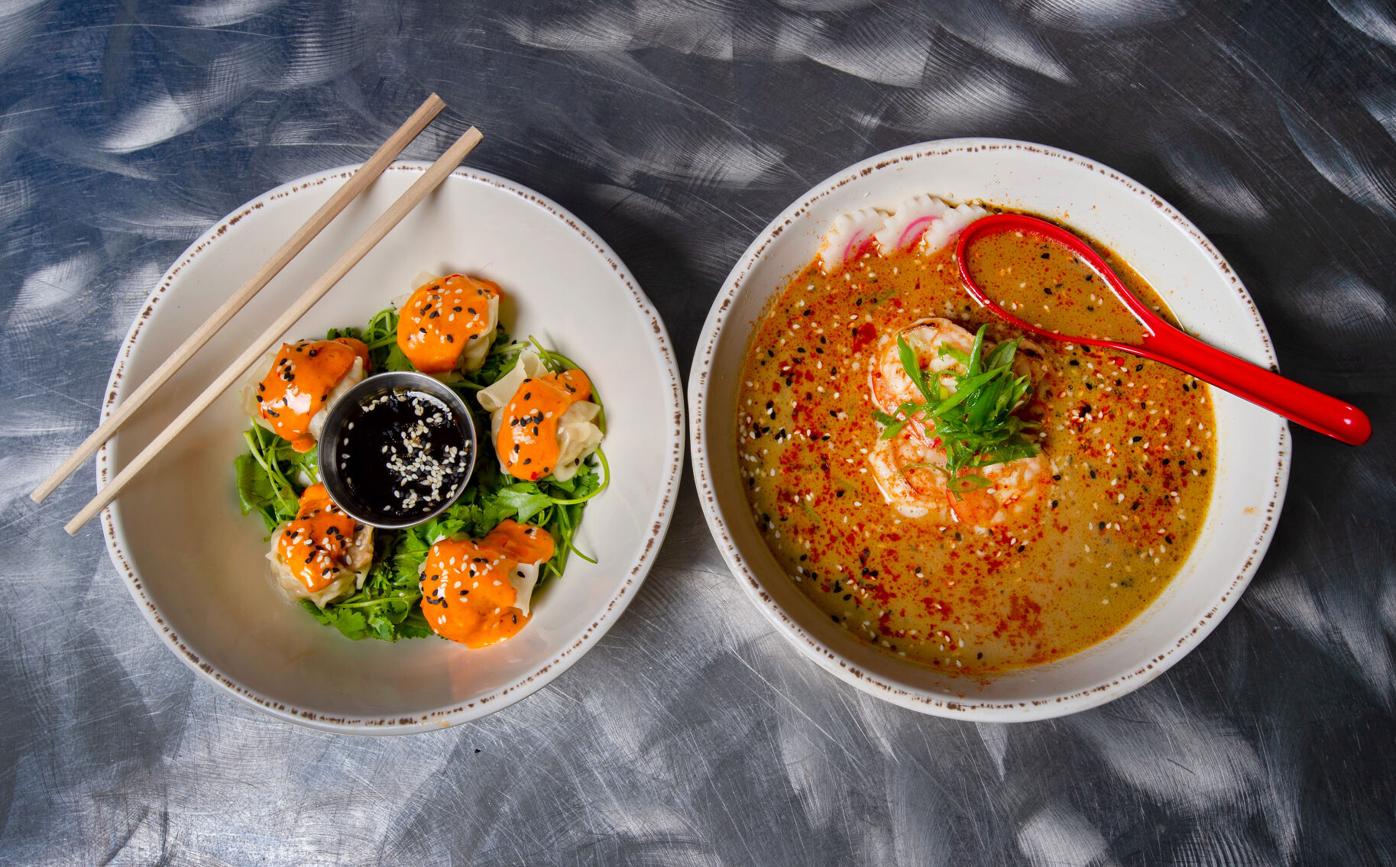 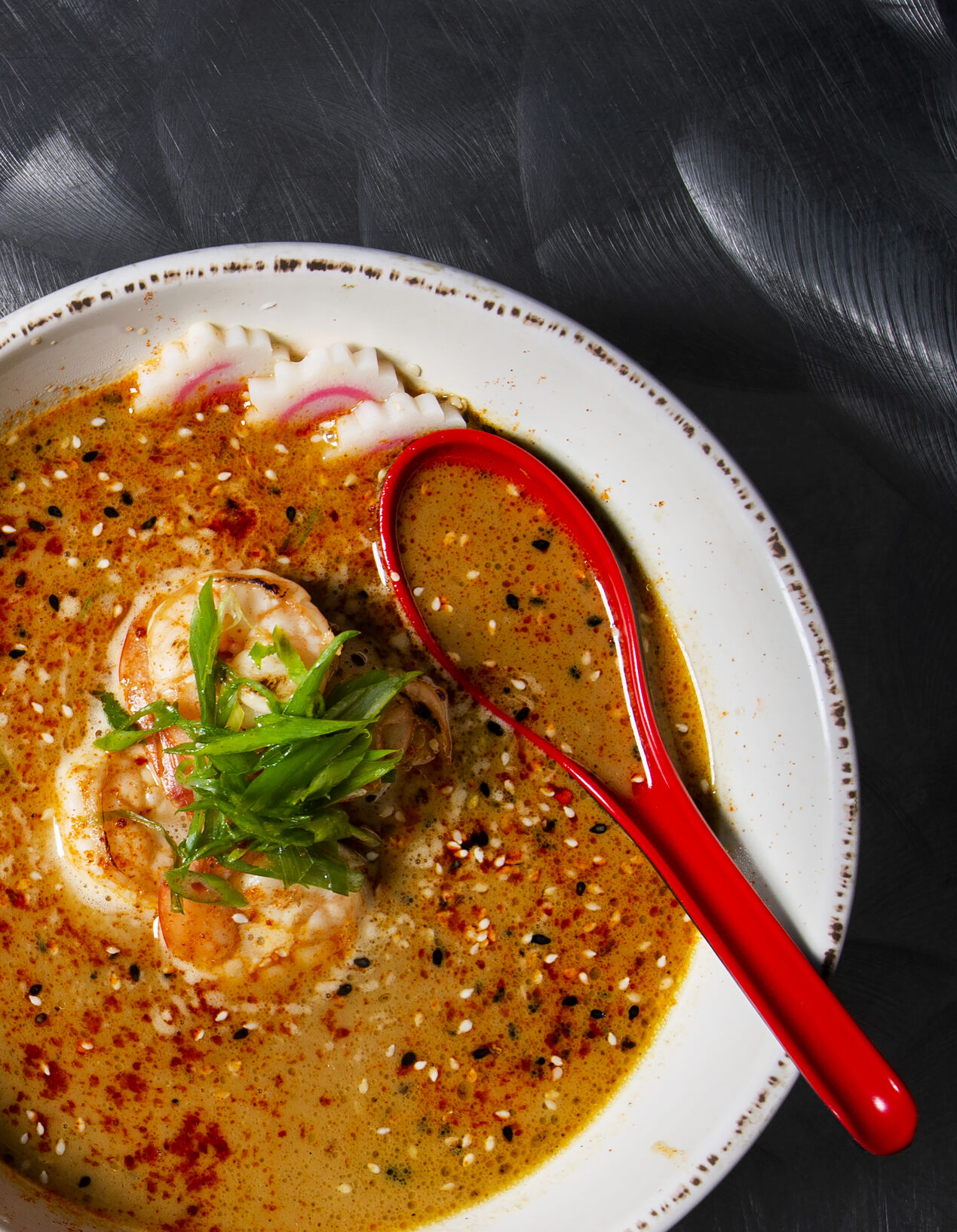 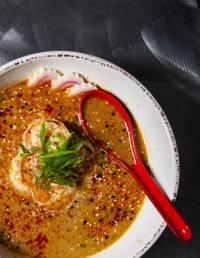 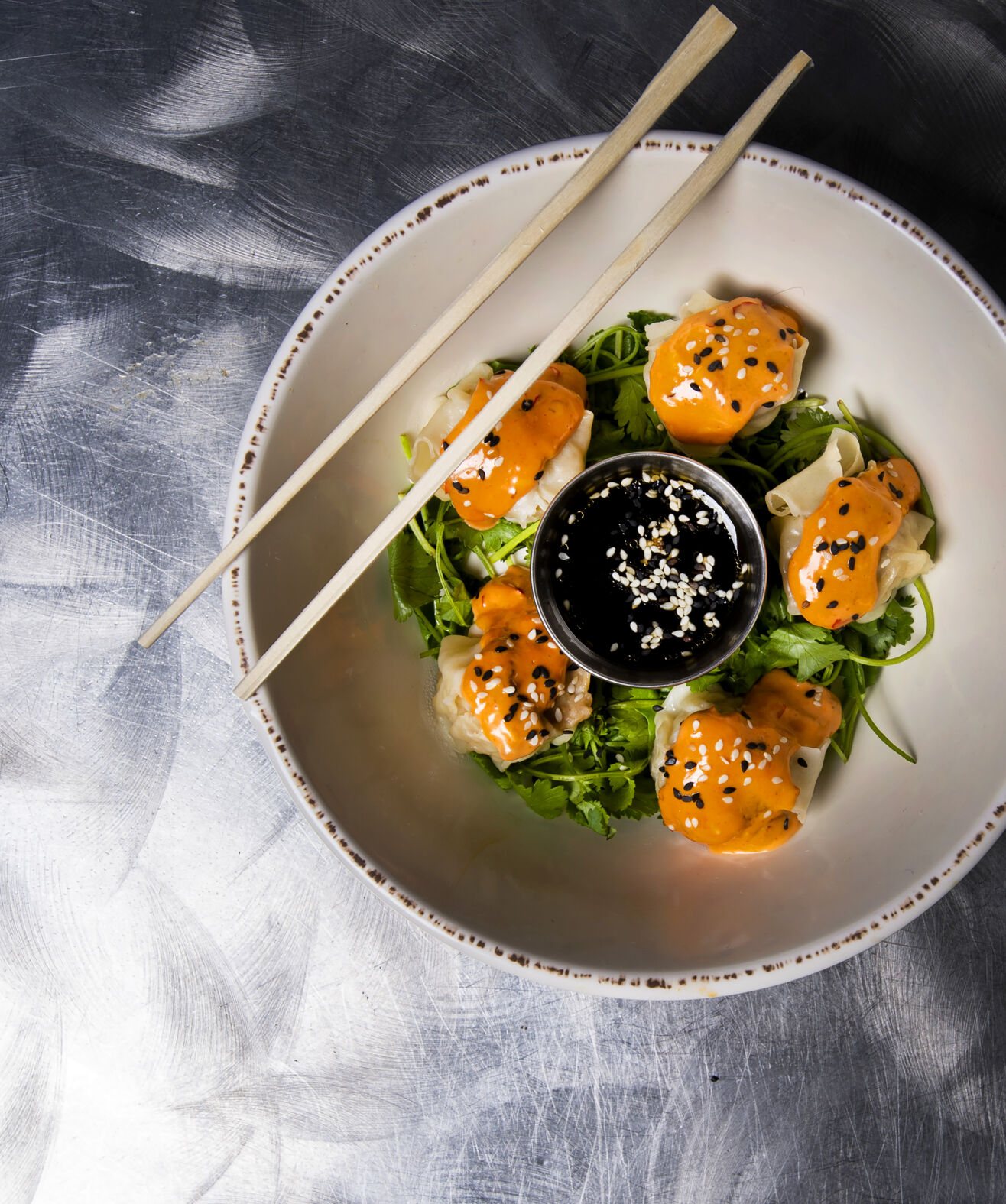 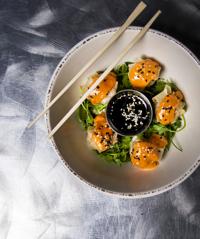 Lemongrass and Yuzu Pork Shumai with Gochujang Cream and White Soy and Yuzu Dipping Sauce at Rooster’s House of Ramen in Colorado Springs. 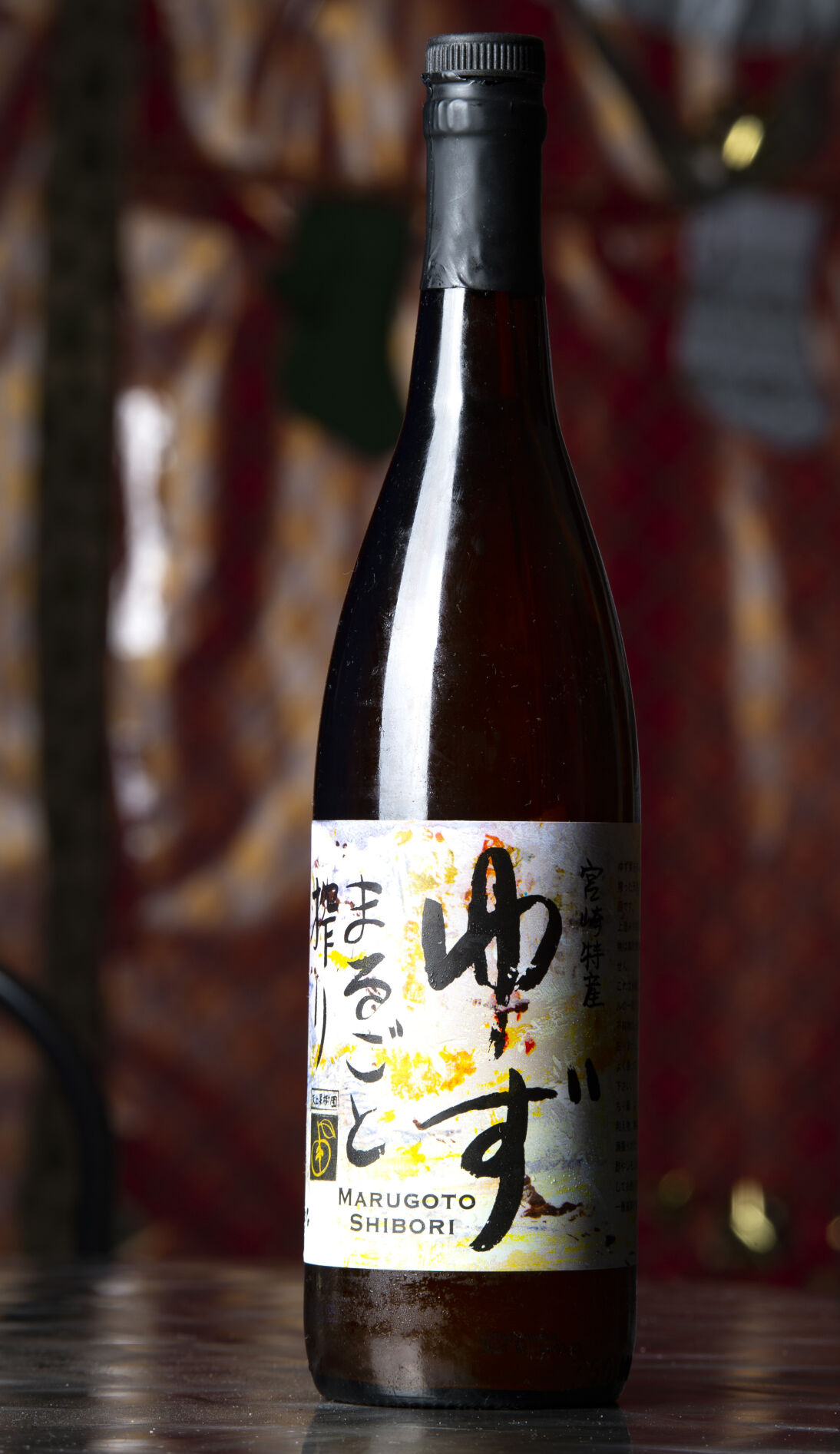 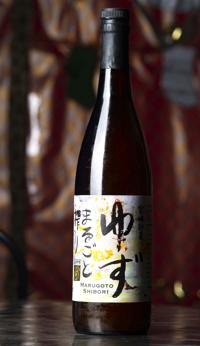 Lemongrass and Yuzu Pork Shumai with Gochujang Cream and White Soy and Yuzu Dipping Sauce at Rooster’s House of Ramen in Colorado Springs.

At the start of every year, foodies and leaders in the food industry release their forecasts for trends to watch. We scoured three reports for insights into what we can keep an eye out for in 2022.

What better place to start than Pinterest? To predict trends, they analyze what roughly 400 million monthly users around the world have been searching for. The report spotlights the most inspiring ideas. Three stood out in their food and beverage category.

The first is that the afternoon tea is the new happy hour.

“In 2022, people will choose Darjeeling with a friend over drinks after work,” Pinterest’s report says. “Afternoon tea is more than a meal — it’s a moment, and aesthetic, a pose. These are climbing over all age groups.”

When it comes to desserts, cupcakes, pie bars and cake pops will have to move over and make room for something fancier.

“Elaborate cakes will be crafted to express whatever mood the baker is in — gravity-defying tiers to bubble and 3D cakes,” according to the report. “The trend is especially popular among millennials, Gen X and boomers.”

The third trend is that ancestral dishes from all over the world will hit American dining room tables. The report notes that searches for Norwegian recipes have increased by 120%, Filipino recipes by 35%, traditional Russian food by 3%, South African recipes by 150%, and Arabic food by 2%.

Les Dames d’Escoffier is a nonprofit educational, scholarship and advocacy organization serving women in the culinary and hospitality industry. Its New York chapter issued “The Next Big Bite Annual Forecast,” which sees 2022 as the year high-tech and high-touch (using mobile apps for ordering and paying) coexist. The report spotted these key trends from food professional and experts.

• More effort at addressing food insecurity and food deserts, and a rise in community gardens and community fridges.

The grocery store chain’s Trends Council — composed of culinary experts, buyers and foragers — makes predictions for on-the-rise flavors, products and more. Here’s a look at what they are watching.

Indoor farming innovations have ballooned, from hydroponics and aquaponics to mushrooms grown above our grocery aisles, and even fresh produce grown by robots. Producers are finding new, boundary-pushing ways to grow hyper-local crops and maximize efficiency.

Yuzu — a lesser-known citrus mainly cultivated in Japan, Korea and China — is taking the culinary world by storm. Tart and sour, this tangerine-sized fruit is popping up in vinaigrettes, hard seltzers, mayos and more. Restaurant chefs are using its lime-lemon-grapefruit flavor to accent their soups, veggies, noodles and fish. Local chef, Mark Henry, owner of Rooster’s House of Ramen, is an example. He has a dish, lemongrass & yuzu pork shumai with gochujang cream and white soy and yuzu dipping sauce, which is featured in this story’s cover photo.

Interest in Japanese flavors rose during the buildup to and following the Tokyo Olympics. Sales of Umami Paste were up, as were sushi sales. Consumers were also keen to try their hand at creating their own sushi and bought sushi mats and nori is climbing.

“Reducetarianism” is hard to say, but it’s actually the name of a top trend to watch for. It refers to plant-curious eaters who are aware of animal wellness and environmental concerns but are not ready to give up meat entirely. They follow a flexitarian diet, which focuses on vegetarian foods but allows meat occasionally.

Hibiscus tea continues to grow in popularity, and customers have historically kept it in their tea rotation for its vitamin C content. But now, the flower’s sweet, tart flavor is showing up in fruit spreads, yogurts and craft drinks that adopt its signature hot-pink hue.

The dialed-down spirits category experienced record growth at Whole Foods Markets this year, as millennials and Gen Z-ers dabbled in “drysolation” during the pandemic. There’s a new lineup of drinks that provide the taste and sophistication of cocktails without the buzz.

Grocery grains are refocusing on the environment in 2022, grown via agricultural practices and farming processes that help address soil health. For instance, The Land Institute has created Kernza grain, which has a sweet, nutty flavor and long roots, which helps with nutrient cycling and overall soil ecology. Find it in cereals and beer.

Sunflower seeds are being added to crackers, ice creams and creamy cheeses. Delivering protein and unsaturated fats, these mighty seeds are transforming the 21st-century snack game. Many sunflower seed–based products are made without nuts, which means allergy-friendly school snacks.

Often called the miracle tree, moringa is traditionally used as an herbal remedy in India and Africa. Moringa leaves have plenty of nutrients, and these fast-growing, drought-resistant trees have been used as a source of food to fight malnutrition in certain parts of the world. They’re gaining steam in the U.S. as the latest alternative to matcha. Moringa leaves can be found in powder form and added to make magic in smoothies, sauces and baked goods. It’s also showing up in unexpected products like frozen desserts, protein bars and packaged grain blends.

Today, people are looking for sparkling drinks that not only taste great but also offer ingredients that balance out the sweetness and contribute nutritional benefits. Think soda with probiotics and fizzy tonics with added prebiotics.

Turmeric, aka “the golden spice,” has been used for centuries in Ayurveda and traditional Chinese medicine and has become popular in the U.S. as a dietary supplement. While golden milk lattes (made with turmeric) and turmeric supplements are nothing new, the spice is taking root as an ingredient in packaged foods like cereals, sauerkrauts and plant-based ice cream sandwiches.

It kind of feels like stopping by a friend’s house. This friend happens to always have sweet treats and a cup of coffee waiting for you.