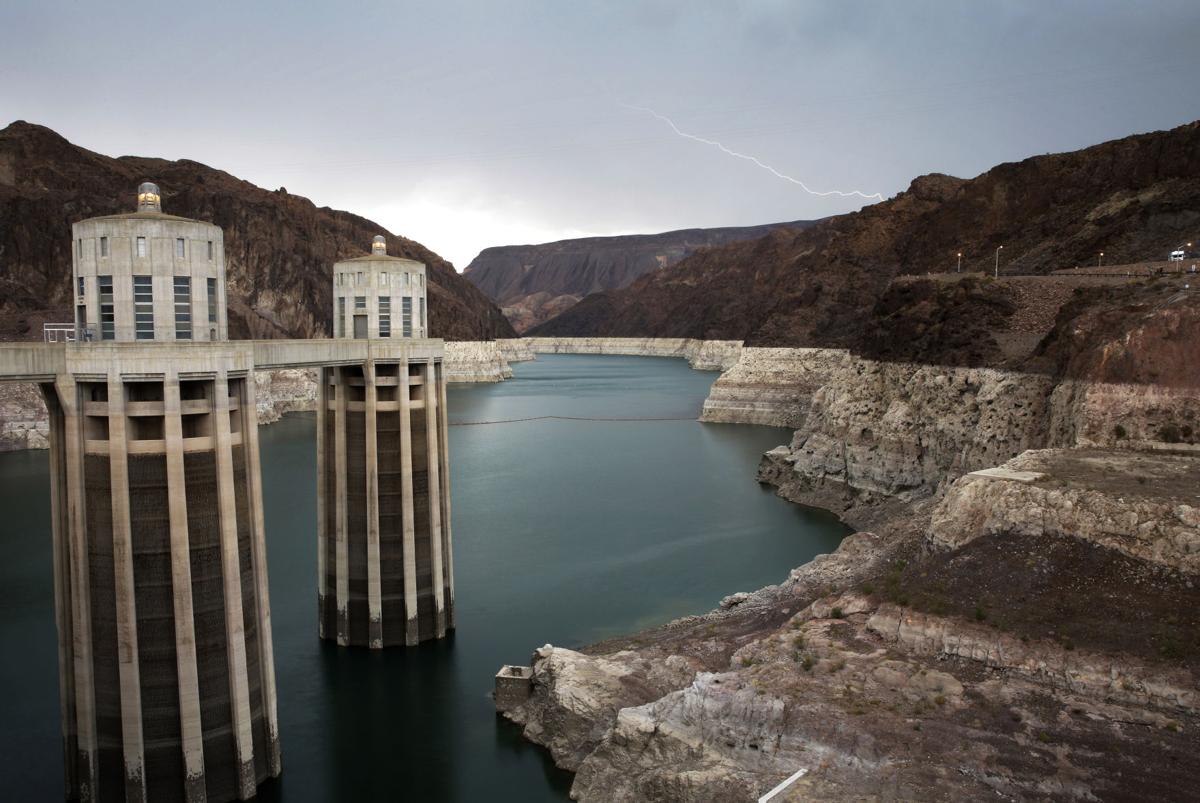 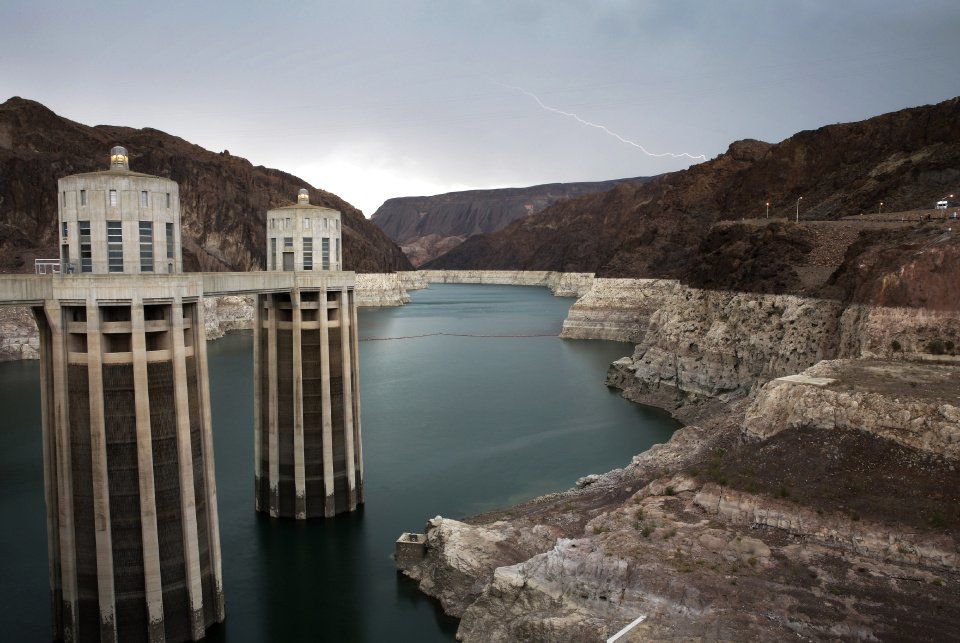 There's a bit of good news at the beginning of 2018 regarding water usage along the Colorado River: Both Lake Powell and Lake Mead ended 2017 at higher levels than at the end of 2016.

Lake Powell, at 490 feet, is at the highest it's been since 2012, and about 22 feet higher than a year ago, according to a Jan. 1 report by Water.data.com. Located on the Utah-Arizona border, Powell is the "bank" for the four upper basin states of the Colorado River Compact, which includes Colorado, Wyoming, Utah and New Mexico.

Lake Mead, just east of Las Vegas, rose from 1,075 at the end of 2016 to 1,082 feet at the end of 2017. The measurements refer to lake surface elevation above sea level. At capacity, Mead would be at 1,220 feet, and its often-photographed "bathtub ring" of recent years shows just how far it has fallen.

That 1,075 foot-level is critical for Lake Mead. Anything below that could trigger a water shortage declaration on the river, and result in mandatory water reductions for the lower Colorado River basin states - Nevada, California and Arizona - as well as Mexico.

The good news about lake levels must be tempered, however, by low snowpack levels and unusually dry conditions throughout much of the Southwest. The Natural Resources Conservation Service with its SNOTEL data shows the snowpack in the Upper Colorado River Basin at 62 percent of average for this time of year, and at only 53 percent compared to this time last year.

The U.S. Drought Monitor, meanwhile, has much of Colorado's Western Slope designated as D-1, or moderate drought, while parts or all of eight counties in the state's southwest corner are listed as D-2, extreme drought. Drought is intensifying generally throughout the Four Corners region.

The improvements on Powell and Mead might not seem like much, but, according to John Fleck, director of the water resources program at the University of New Mexico, the added volume in Powell and Mead represents about 2 million more acre-feet of water. An acre-foot of water is the amount of water it takes to cover, say, Mile High Stadium from end post to end post with one foot of water, or about 326,000 gallons. That's the amount two families of four, on average, would use in a year.

Fleck attributed the higher water levels to an above-average year with snowmelt in the Sierra Nevada mountains of California. But the biggest reason, he said, is that water users in the three lower Colorado River basin states have consumed far less water than they're allotted.

Fleck, in his blog Inkstain, states that the use of Colorado River water by residents of California and southern Nevada is down 25 percent since its peak in the early 2000s. Arizona is also taking less water than it has in previous years.

At the same time, population in the three states has grown 55 percent. "This is not the result of a shift to groundwater, this is straight up conservation success," Fleck wrote.

"The lower basin states have all recognized that the old large water supplies they depended on aren't there anymore," Fleck told Colorado Politics last week. He believes that realization has been key to reducing water use in those three states, through water-saving techniques like lawn buybacks, more efficient water fixtures and more water-efficient development.

While the improved water levels are definitely good news, it's not even close to time to pop open the champagne or the bottled water, said James Eklund, former director of the Colorado Water Conservation Board and now an attorney in private practice. Eklund represents Colorado on the Upper Colorado River Commission.

Eklund told Colorado Politics that he's been monitoring the water levels at Mead and Powell closely, and is pleased that the lower basin states have taken less water than they're entitled to. The river, as a result, "is better off than it otherwise would be. It's a great indicator of what good solid management decisions can do."

But that great snowpack year in the Sierra isn't likely to repeat this winter, he said, which raises concerns that the water levels could again drop to critical levels. And, at the same time, the upper basin and lower basin states need to solidify their drought contingency plans, Eklund said.

In the lower basin, a drought contingency plan would help prevent Mead from dropping too low, and thus avoid mandatory water reductions. For the upper basin states, a drought plan would keep Powell from dropping below its critical levels and still maintain its ability to produce hydroelectric power.

That's important for Colorado, where almost everyone outside of most urban areas benefits from Lake Powell electricity.

"Another couple of dry years" and Powell could fall below the level it needs to produce power, Treese said.

The contingency plan for the upper basin states is looking at how to put additional water into the river, and finding alternative ways for keeping water in the river that was previously consumed. The upper basin Colorado is already in a deficit in the amount of water the river is supposed to supply, Treese said, although not to a level requiring water reductions.

Another part of the drought contingency plan intends to bring in farmers and ranchers to help figure out how quickly farmland can return to full productivity after the land has been fallowed for a year or more, the costs of fallowing as well as impacts.

But it's snowpack that everyone is watching to see if 2018 keeps both lakes supplied. The Upper Colorado Basin snowpack has been above average since 2013, but predictions for 2018 indicate precipitation in the Southwest could be 33 percent to 40 percent below average.

Lake Powell hasn't been at full capacity since 1998.