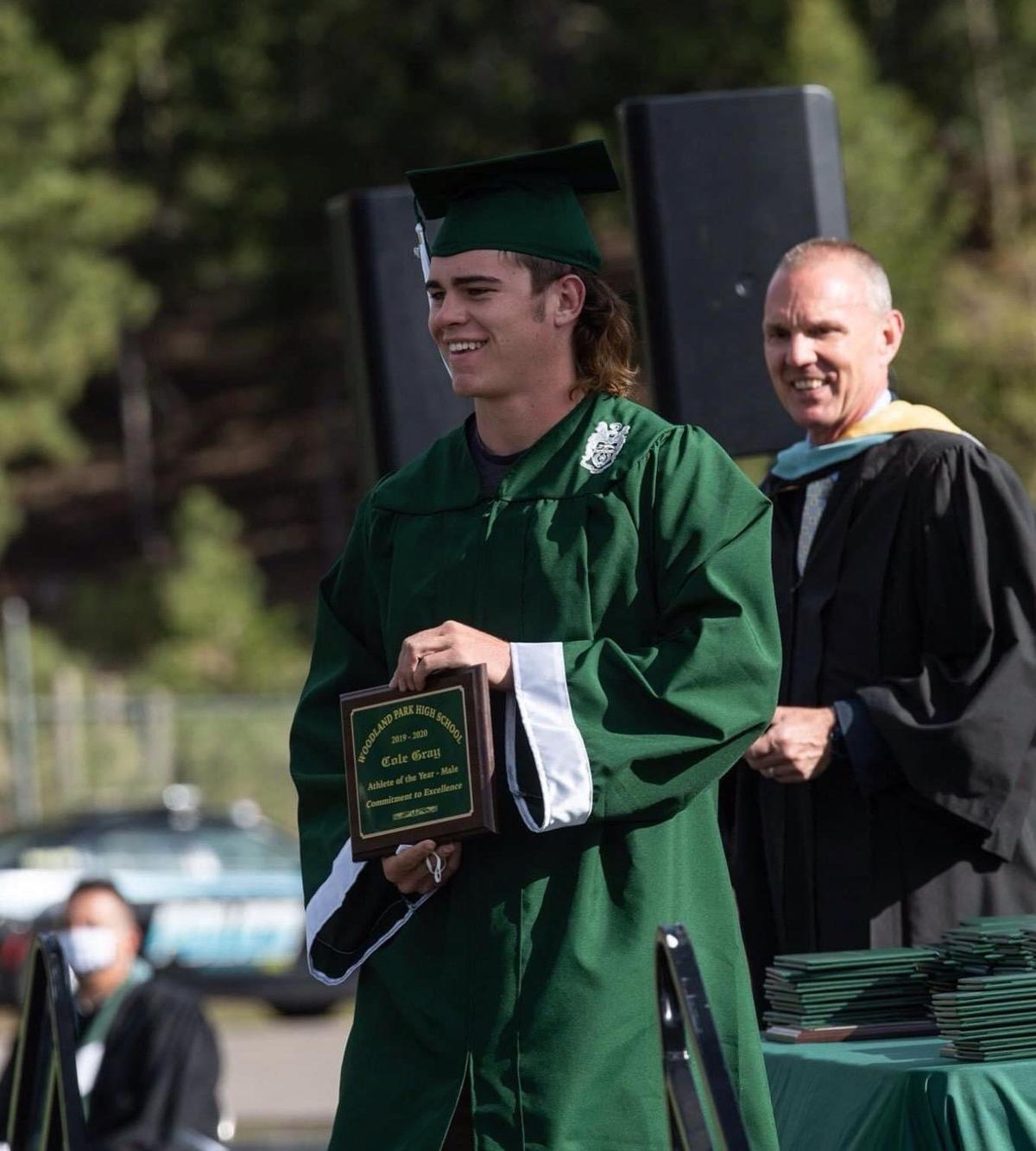 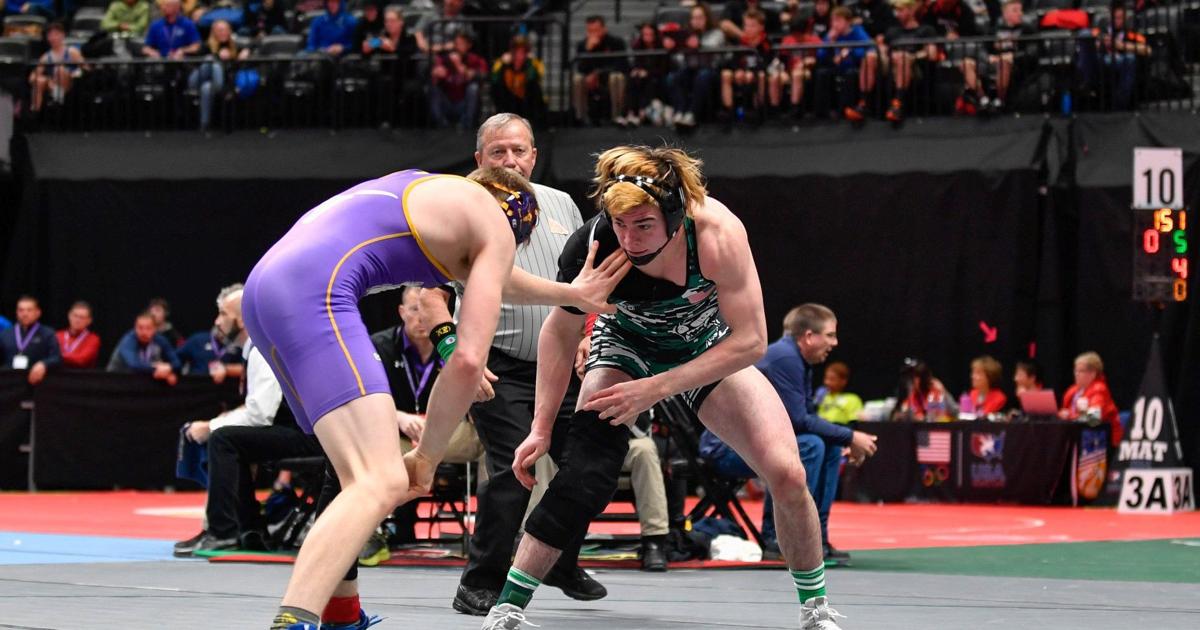 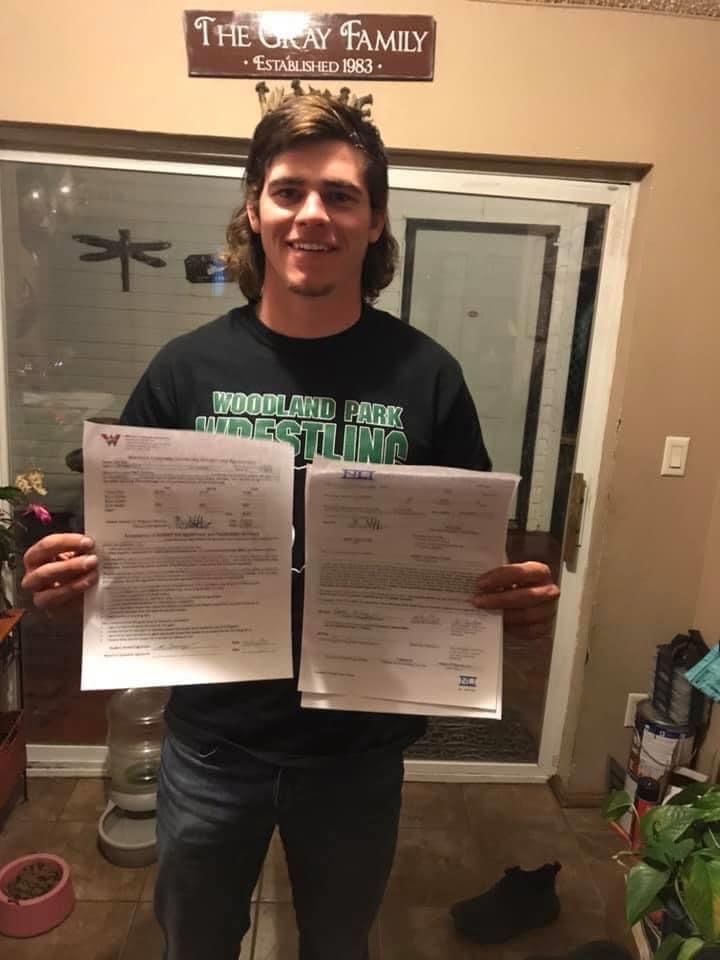 Cole Gray signed his national letter of intent in April during a ceremony at his home in Florissant.

Cole Gray signed his national letter of intent in April during a ceremony at his home in Florissant.

Cole Gray made Woodland Park High School history in February when he became the first Panthers’ wrestler to compete in the state tournament four times. He finished his prep career with a second-place finish in the Class 3A 170-pound weight class.

Gray was planning to sign his national letter of intent in front of friends and family during a ceremony at the school in April. His plan was sidelined due to the COVID-19 pandemic, and Gray had to settle for having his party at home.

“It was different, for sure,” said Gray, who will wrestle for Western Colorado University in Gunnison. “It was still a lot of fun to sign. I got everything I needed and I moved on.”

Gray plans to study business management/wildlife management and is looking to earn his master’s degree in five years.

Gray, a resident of Florissant who will not turn 18 until July, is preparing to wrestle at 174 pounds for the Mountaineers, who compete in the Division II Rocky Mountain Athletic Conference.

“Western coaches are not looking at having me redshirt,” Gray said. “They told me they’d like to have me wrestle my first year. We’ll see how it goes.”

Keith Sieracki, Gray’s wrestling coach at Woodland Park, believes Gray has the talent and work ethic to thrive at the college level.

“I think Cole is just tapping into his ability,” said Sieracki, who moved to Austin, Texas, in April. “He has so much room to grow. If his attitude stays the same he will rise to the top. He has to keep grinding. It’s about character building.”

Like most wrestlers, Gray has had to fight through injuries. Last season was no exception. He dislocated his right shoulder during the Metro League championships in January, a week before regional and three weeks before the state tournament.

“It was painful, but I was able to work through it,” said Gray, who had a record of 33-4 last season.

Facing Bennett’s Mac Copeland in the state finals at the Pepsi Center in Denver, Gray was pinned in the third round of their match. That ended Gray’s dream of joining Woodland Park teammate Brady Hankin as a Colorado champion that same night.

As a junior, Gray finished third at the state tournament at 160 pounds while was dealing with a knee injury that hampered his performance. He was 39-5 that season.

“It would have been nice to win a state title,” Gray said. “That’s always the goal. It didn’t happen, so now I’m onto the next thing.”

Hankin, a two-time state champ, feels Gray will have success wrestling at the next level.

“Cole is definitely a really tough kid, just from his experiences,” Hankin said. “He was able to battle through his injuries because he was already tough. He has worked his whole life in everything he does. Hard work is all it takes to be a great wrestler. Cole deserves to move forward with his career.”

Gray graduated last month with his classmates during a modified ceremony at the Woodland Park football stadium. As he was getting ready to walk across stage to receive his diploma, he heard over the loudspeaker that he was named the school’s Male Athlete of the Year.

“That was pretty surprising,” Gray said. “I wasn’t expecting that. It definitely made me happy.”

“It’s been great,” Gray said. “We get to wrestle at a high level with coach and other guys and have a great time taking a road trip.”