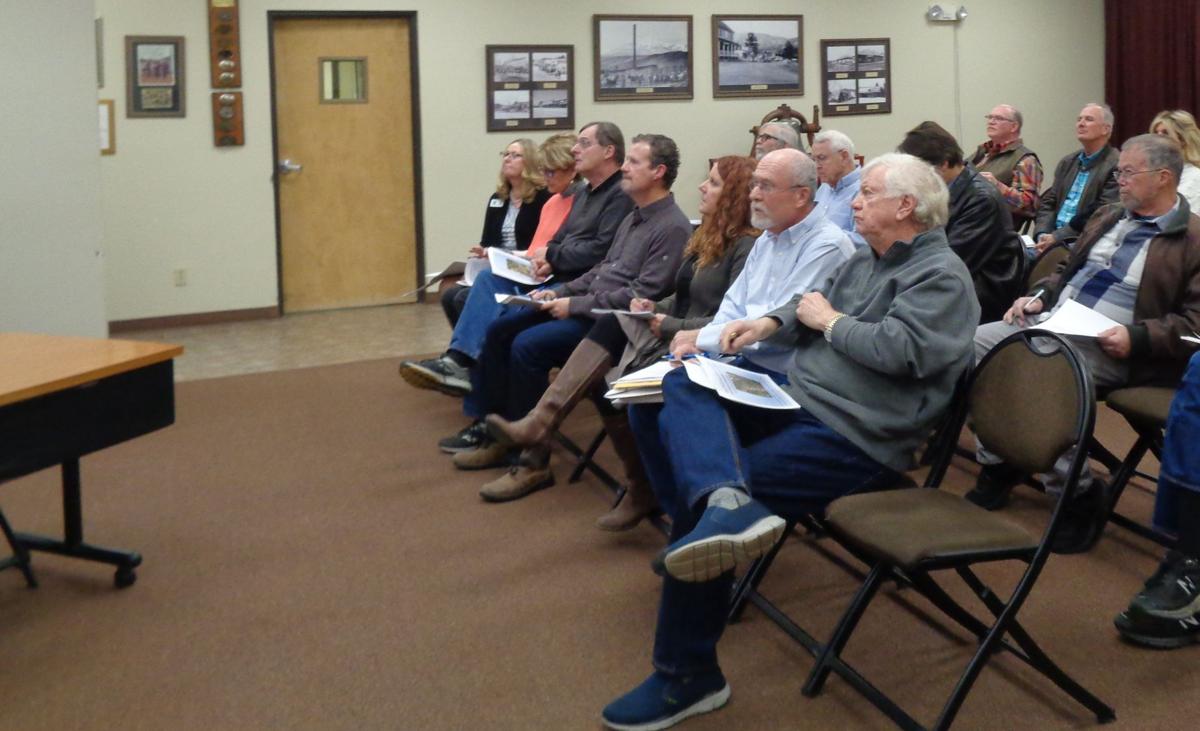 Woodland Park Planners presented “Characteristics of a Floodplain” to refresh the memories of city planning commissioners before they tackled a Flood Hazard Development permit at their Jan. 9 meeting.

Woodland Park Planners presented “Characteristics of a Floodplain” to refresh the memories of city planning commissioners before they tackled a Flood Hazard Development permit at their Jan. 9 meeting.

On Jan. 9, after the Woodland Park Planning Commission voted on new officers for 2020, which turned out once again to be Jon DeVaux as chair and Geoff Watson as vice-chair, commissioners heard a developer’s request for a Flood Hazard Development Permit.

Jay Garvens wants to construct four duplexes on land across Baldwin Street from Gateway Elementary School, but because half of the property — near the East Fork of Fountain Creek — lies on a floodplain, he is required to obtain a Flood Hazard Development Permit.

The section of Fountain Creek that flows through the property is considered a Special Flood Hazard Area by the Federal Emergency Management Agency, which means there is a 1% or greater chance of annual flooding.

City Planner Lor Pellegrino presented the planning department’s staff report, which included a drawing depicting the “Characteristics of a Floodplain,” showing where construction can take place and where it is forbidden.

The duplexes, slated to be built in the “flood fringe” area of the flood plain, are two-stories on top of garages that are designed to let runoff flow through. Also planned are rain gardens to retain runoff, releasing it at no more than the preconstruction rate of flow.

A condition was added to the permit that requires the developer to clearly mark the edge of the floodway with silk fencing.

Grace Avenue, which is unimproved between Baldwin Street and Boundary Road, will be turned into a cul-de-sac with no access to Baldwin.

With that out of the way, the commission went into a work session to discuss the construction of single-family units in multifamily zones.

A moratorium on these kinds of projects in these zones will expire in late July, giving city staff, planning commission and city council time to amend the zoning regulations that allowed the construction of the Village at Tamarac as a permitted use.

Pete LaBarre, who is developing the Village and whose project will not be affected by any changes made to the regulations, said these definitions do not match the current federal, state and industry language. Riley said she would do more research.

There will be as many work sessions as it takes to get the regulations right, she said. She also requested that the commission and city council have a joint work session before the final draft is considered in public hearings.

There will be a meeting and work session on Jan. 23.