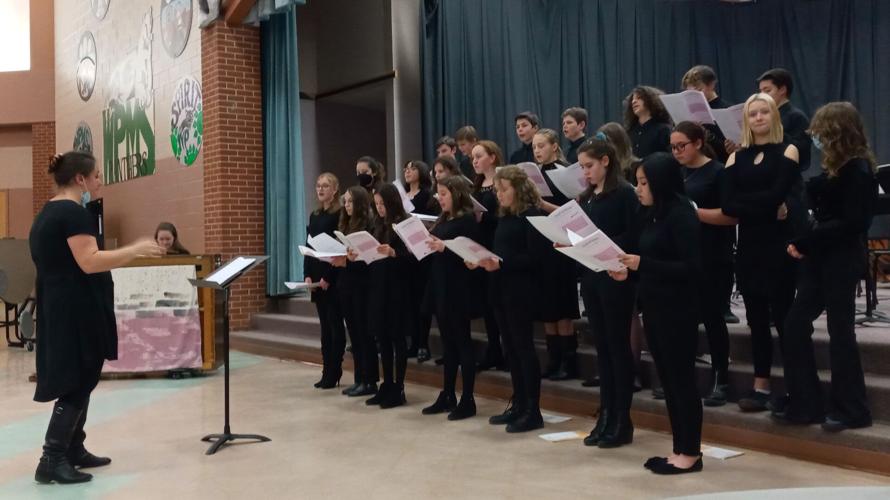 The WPMS Odyssey choir includes students from all middle school grade levels. The choir had two performances during showcase evening. Music Director Kayla Garcia is at left, and at the piano is Danielle Park. 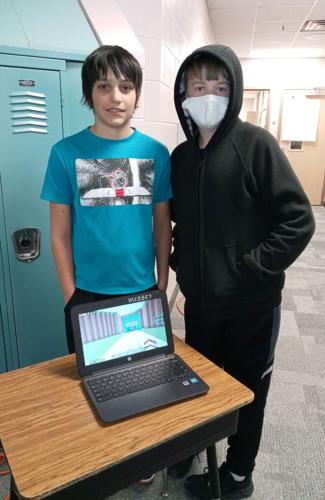 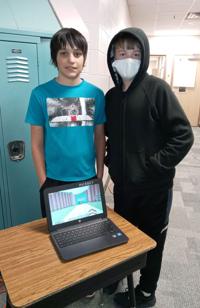 Woodland Park Middle School eighth-grader Raheem Shalhout, 13, and seventh-grader Tyler Seal, 12, recreated the middle school in the Mine Craft virtual universe. This was just one of the many projects students are taking on in the school’s Science, Technology, Engineering and Math programs. 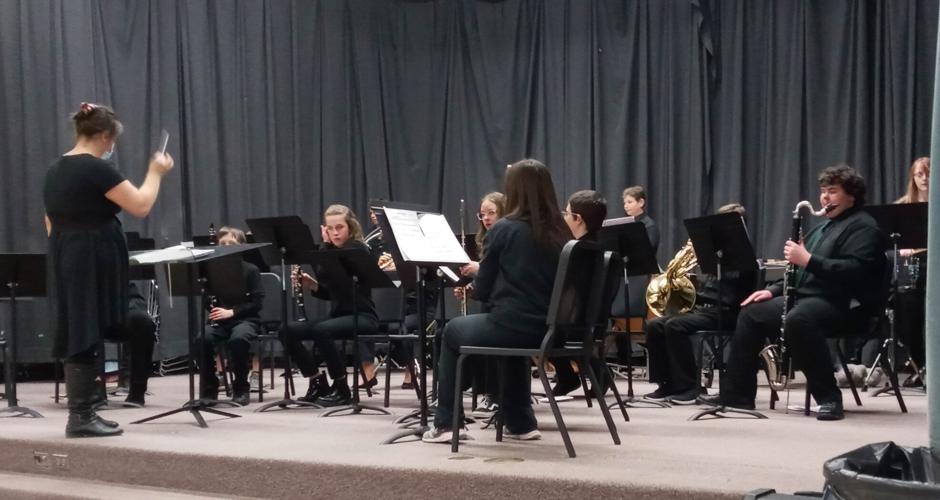 The WPMS eighth-grade band had two performances during the school’s showcase evening on Jan. 26. 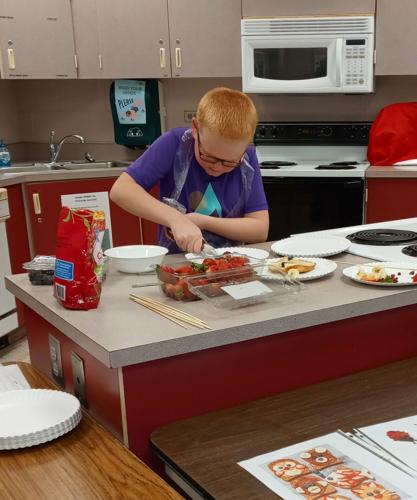 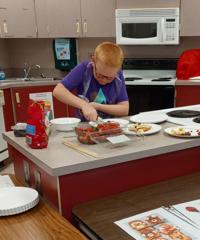 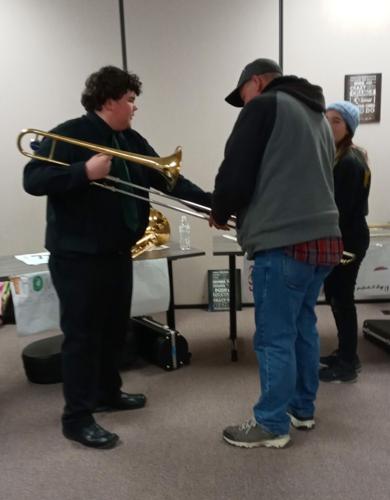 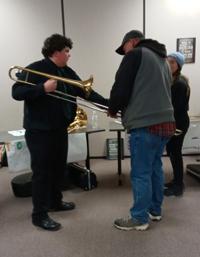 A WPMS student shows visitors a trombone in the “Instrument Petting Zoo.” Visitors were encouraged to become familiar with the various instruments. 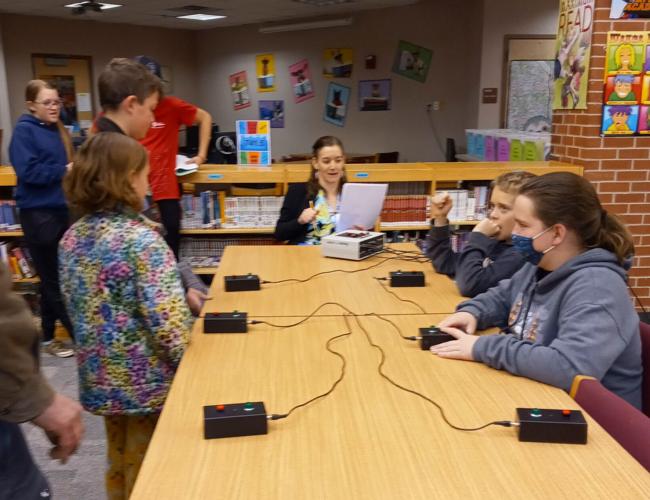 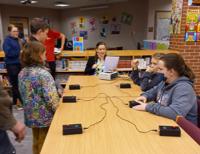 LEFT: Brain Bowl in the middle school library was a popular stop on the Jan. 26 WPMS Showcase scavenger hunt.

The WPMS Odyssey choir includes students from all middle school grade levels. The choir had two performances during showcase evening. Music Director Kayla Garcia is at left, and at the piano is Danielle Park.

LEFT: Brain Bowl in the middle school library was a popular stop on the Jan. 26 WPMS Showcase scavenger hunt.

For three days, from Jan. 25-27, all Woodland Park RE-2 School District schools opened their doors to parents and the community to showcase their programs and accomplishments.

The middle school opened its doors officially at 5:30 p.m., but several families arrived early. The school was already bustling as students, teachers and staff headed off to their various tables and classrooms to greet visitors.

Band and choir students arrived early to prepare for their performances in The Commons. The food service staff were getting their samples ready — including scrumptious cookies.

Student laid out musical instruments for the “Instrument Petting Zoo,” where visitors could try out clarinets, trombones, saxophones and percussion instruments. “Star Wars” themes were popular.

Greeters at the doors handed out maps for the showcase scavenger hunt. At most stops on the map, visitors received a panther paw sticker. Collecting every sticker earned visitors prizes at the end of the festivities.

One of the most popular stops was the STEM table. Students showed off their Science, Technology, Engineering and Math skills. Students have learned to program a 3D printer, create “Minecraft” versions of the school and take on other STEM projects.

The Brain Bowl in the library was another popular stop on the hunt. Brain Bowl allowed visitors to finally answer the question: “Are you smarter than a middle schooler?”

Other stops included Greg Spalding’s social studies classroom and Amy Smith’s Panther Time classroom, where, as an interventionist, she helps students fill in learning gaps. “I help kids catch up on the past while their other teachers help them with the present,” she said.

The eighth-grade band and the all-grade Odyssey choir each gave two performances directed by Kayla Garcia. Danielle Park accompanied Odyssey on the piano.