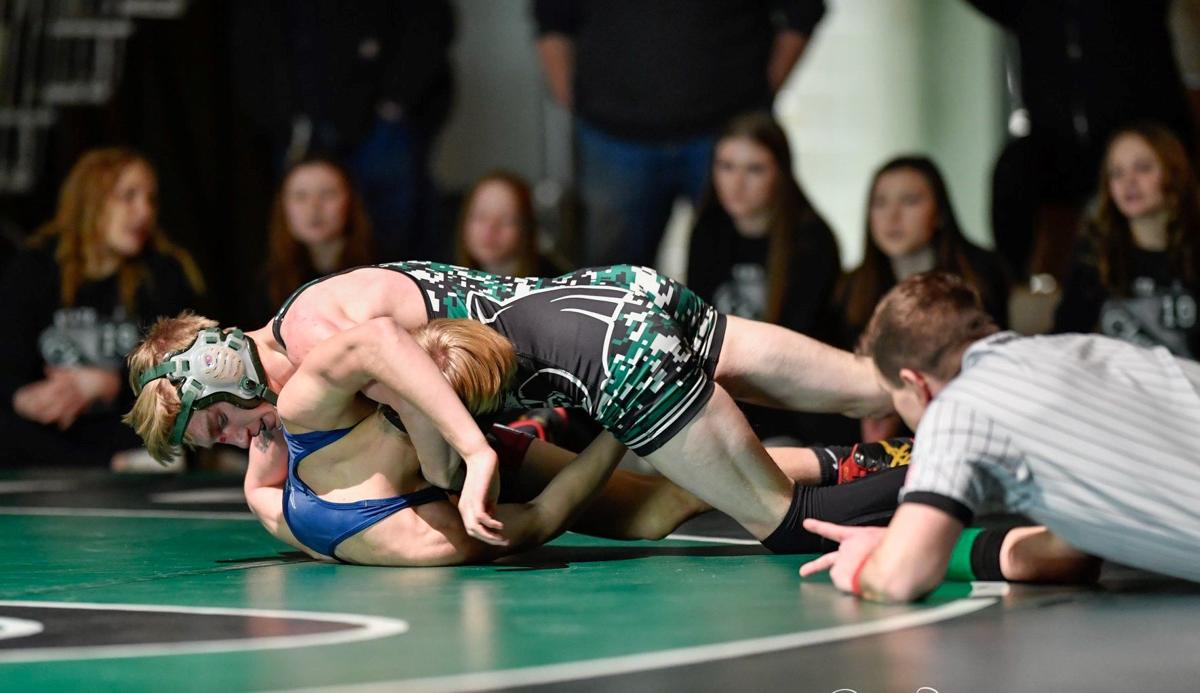 Woodland Park junior Colton Simonis, on top, advanced to the state tournament as a sophomore. 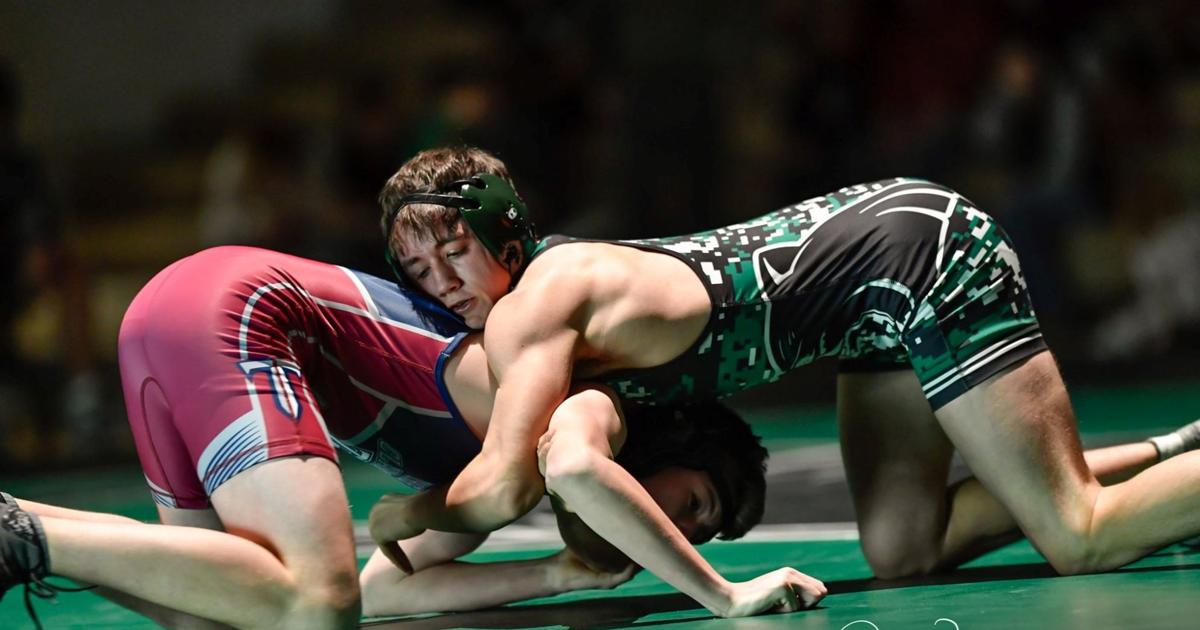 Woodland Park sophomore Adam Garner, in green, is hoping to qualify for his first state tournament.

Woodland Park junior Colton Simonis, on top, advanced to the state tournament as a sophomore.

Woodland Park sophomore Adam Garner, in green, is hoping to qualify for his first state tournament.

The Woodland Park High School wrestling team has one more important stop to make leading up to the prestigious state tournament later this month.

The Panthers will compete in the Class 3A Region 4 meet this weekend in Lamar to determine how many of its grapplers will qualify for the state meet and move on to the Pepsi Center.

Panthers’ coach Keith Sieracki believes he could qualify as many six wrestlers.

“We’re a little banged up right now, but that’s to be expected at this point in the season,” Sieracki said. “I think a lot of our guys have a great shot to move on. But they have to wrestle well.”

Hankin is wrestling at 120 pounds this season and is ranked No. 1 in the state in his weight class by OnTheMat.com. He has just one loss, and that came at the University of Northern Colorado Christmas Tournament in December when he was wrestling at 126 pounds and was defeated by the top 5A wrestler in the state.

“Brady is looking good,” Sieracki said. “Actually, by wrestling at 120 pounds he’s making it a little tougher on himself because there are a lot of good wrestlers in his weight class.”

Hankin’s toughest competition at regionals and state will likely be Lamar senior Isaiah Gomez. He is the defending state champion at 120 pounds. He also won a state title as a sophomore.

Woodland Park senior Cole Gray is ranked No. 1 in the state at 170 pounds. Gray has been dealing with an injured shoulder since he hurt it in the championship match of the Metro League Championships in late January.

Gray has just two losses on the season. He finished third at state as a junior.

“I think Cole should be healthy enough to get through regionals,” Sieracki said.

Woodland Park junior Colton Simonis is ranked 14th in his class (138) and is expected to advance to the state tournament for a second consecutive year.

Sieracki also believes sophomore twins Adam (160) and Eli (152) Garner have a great chance to advance to state, as well as freshman Logan Keith (132).

“I wouldn’t be surprised to see Logan slip in,” Sieracki said. “He’s been wrestling well, but he needs some things to go his way.”

Woodland Park’s lone female wrestler is freshman Trinity Diamond (118). She qualified for the girls’ state tournament that was held last weekend at Thornton High School. Results of her matches were not available at press time.

“She made a huge improvement throughout the season,” Sieracki said of Diamond. “She’ll be on of the top girls in the state by the end of her junior year, of not her sophomore year.”

Sieracki credits Dustin Rodriquez with the Woodland Park Jr. Wrestling Club as having a huge impact on Diamond’s career.

“Dustin puts in a lot of time with all of the kids,” Sieracki said.

The Panthers have had a successful all-around season as a team. Sieracki took his squad to his home state of Wisconsin in early January for the Cheesehead Invitational in Green Bay.

“We toured Lambeau Field and I got to give them some history on the great Green Bay Packers,” Sieracki said with a smile.