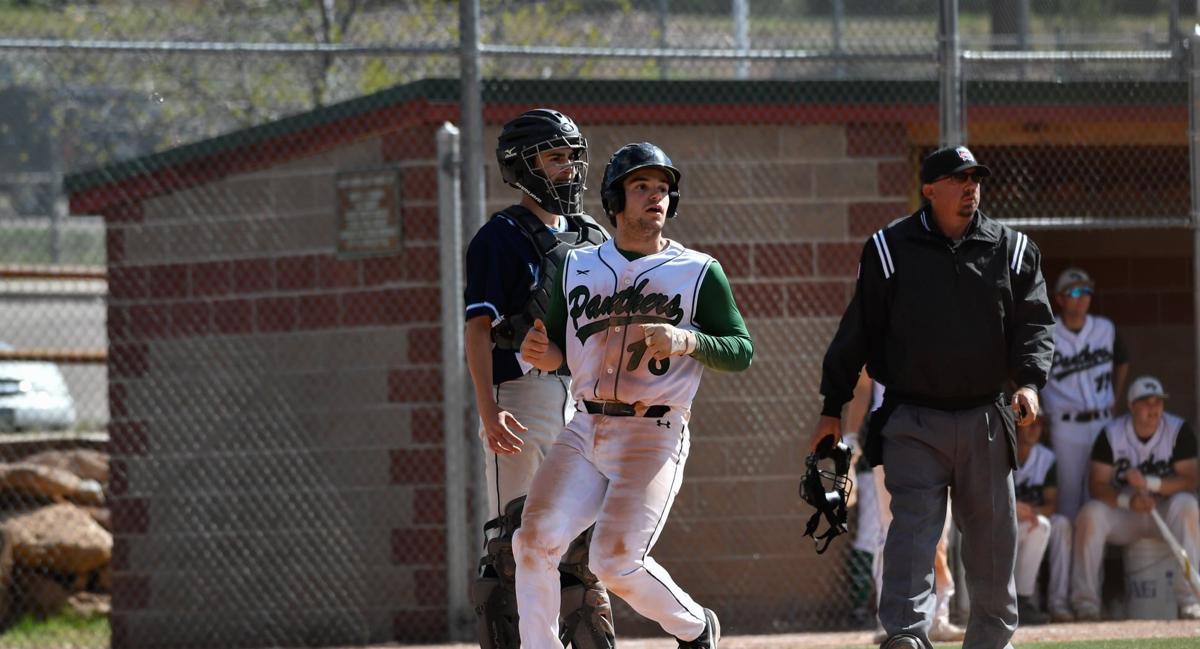 Woodland Park senior Trace Taranto (18) has not been afraid to get his jersey dirty this year with his aggressive-style of play. 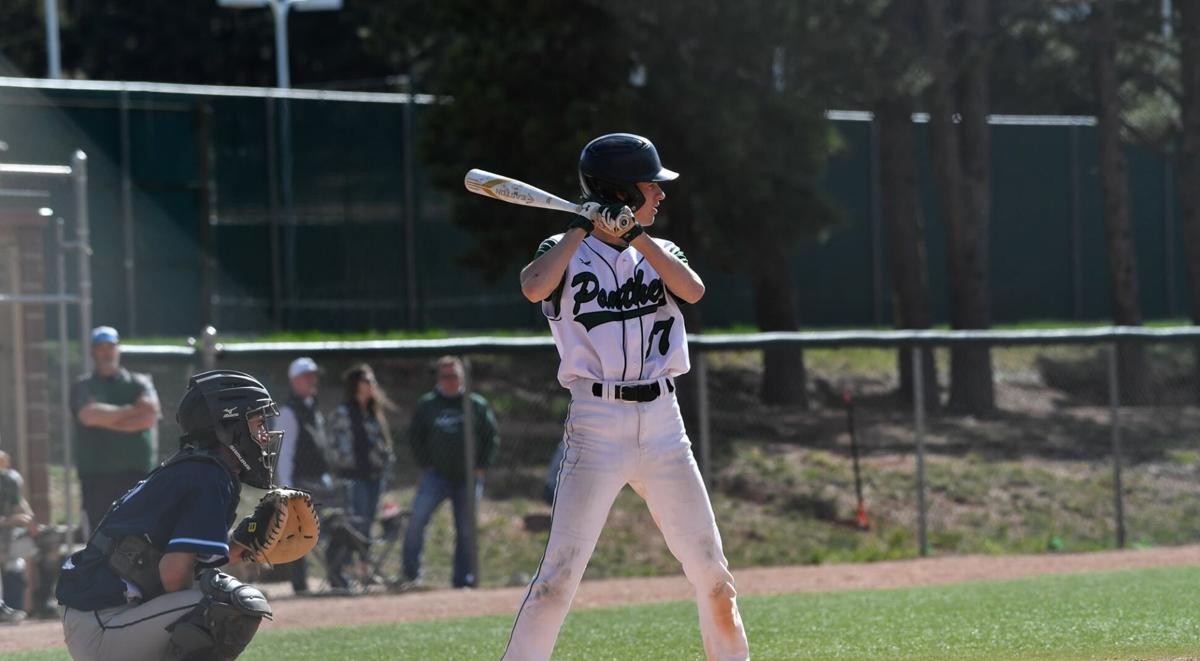 ABOVE: Woodland Park senior Parker Taranto leads the Panthers in batting with a .381 average. 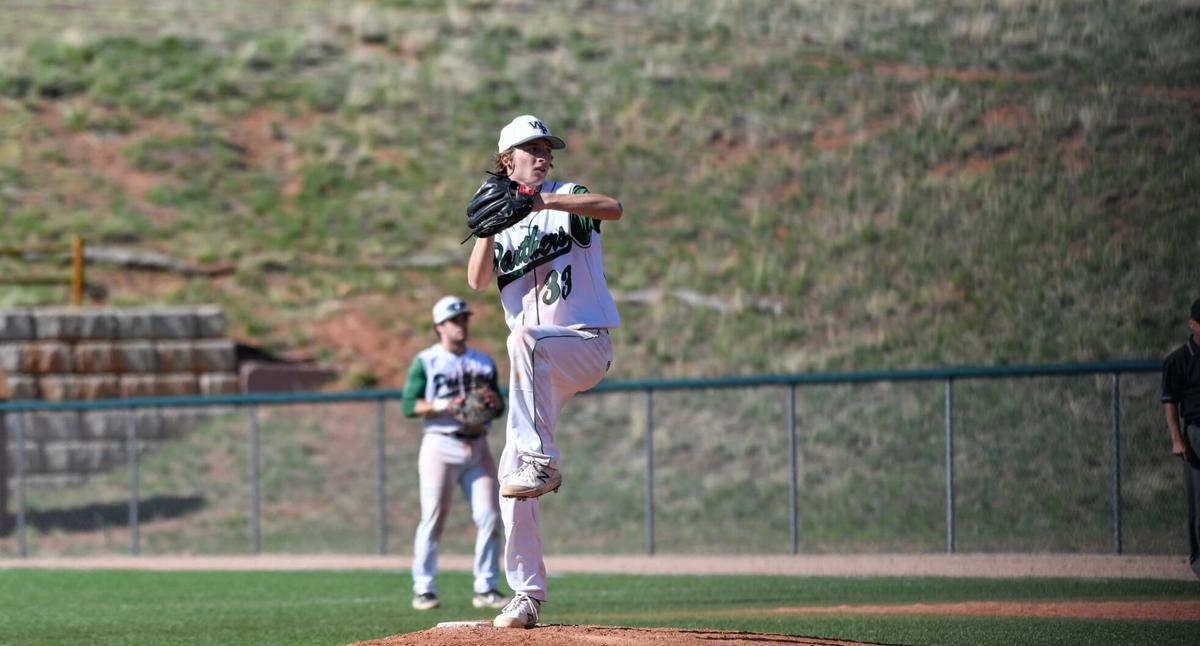 LEFT: Woodland Park senior Matt Lecky has been solid on the mound for the Panthers this spring.

Woodland Park senior Trace Taranto (18) has not been afraid to get his jersey dirty this year with his aggressive-style of play.

ABOVE: Woodland Park senior Parker Taranto leads the Panthers in batting with a .381 average.

LEFT: Woodland Park senior Matt Lecky has been solid on the mound for the Panthers this spring.

The Woodland Park baseball team entered its game with Coronado on June 2 knowing it had little room for error heading into the stretch.

“We pretty much need to win all of our remaining games,” Panthers senior pitcher Cameron Chase said before the game. “It’s going to be tough.”

Things didn’t go as planned for Chase and his teammates as the Cougars handed Woodland Park a 10-5 loss at Panther Field.

The left-handed Chase struck out eight in four innings and allowed just six hits and four runs (three earned). But poor defense doomed the Panthers as six errors led to five unearned runs for the Cougars.

Woodland Park senior first baseman Trace Taranto had two hits — including his first home run of the season — and four RBIs to pace the offense. The left-handed Taranto raised his batting average to an even .300 with his solid performance.

The Class 4A Metro League South tilt with Coronado marked the first of seven games in 10 days for Woodland Park to close out the regular season. The schedule got jumbled up because several games were postponed due to inclement weather. A couple of games had to be moved because of quarantine issues.

“This has been an odd season, for sure,” Chase said. “But at least we’re getting to play.”

Chase, who will pitch for Doane University (Crete, Neb.) next year, has been very solid this season. He pitched in each of the team’s first seven games, posting a 3-2 record and 2.71 ERA. He also had 57 strikeouts (19 in a game against Mesa Ridge) and 20 walks in 31 innings.

Woodland Park’s No. 2 pitcher has been senior Matt Lecky. He was 1-1 with a 1.68 ERA through the team’s first seven games.

The Panthers have six seniors among their starting nine. Trace Taranto has been the main power source on offense with three triples, a double and 11 RBIs to lead the team.

Twin brother Parker is the Panthers’ leading hitting with a .381 batting average.

“Our first goal is to always have fun on the field,” said Parker, a center fielder. “If we don’t have fun, why are we there?”

Parker said that making this season a joy has been playing alongside many of his buddies that have journeyed with him on fields all over the state since middle school. That list includes his brother Lecky, Chase and junior second baseman Tyler Thime.

“I think we’re all so thankful to be playing after being gypped our junior year and so much of our senior year,” Parker said in regard to the Colorado High School Activities Assocation shutting down last season due to its concerns over the coronavirus.