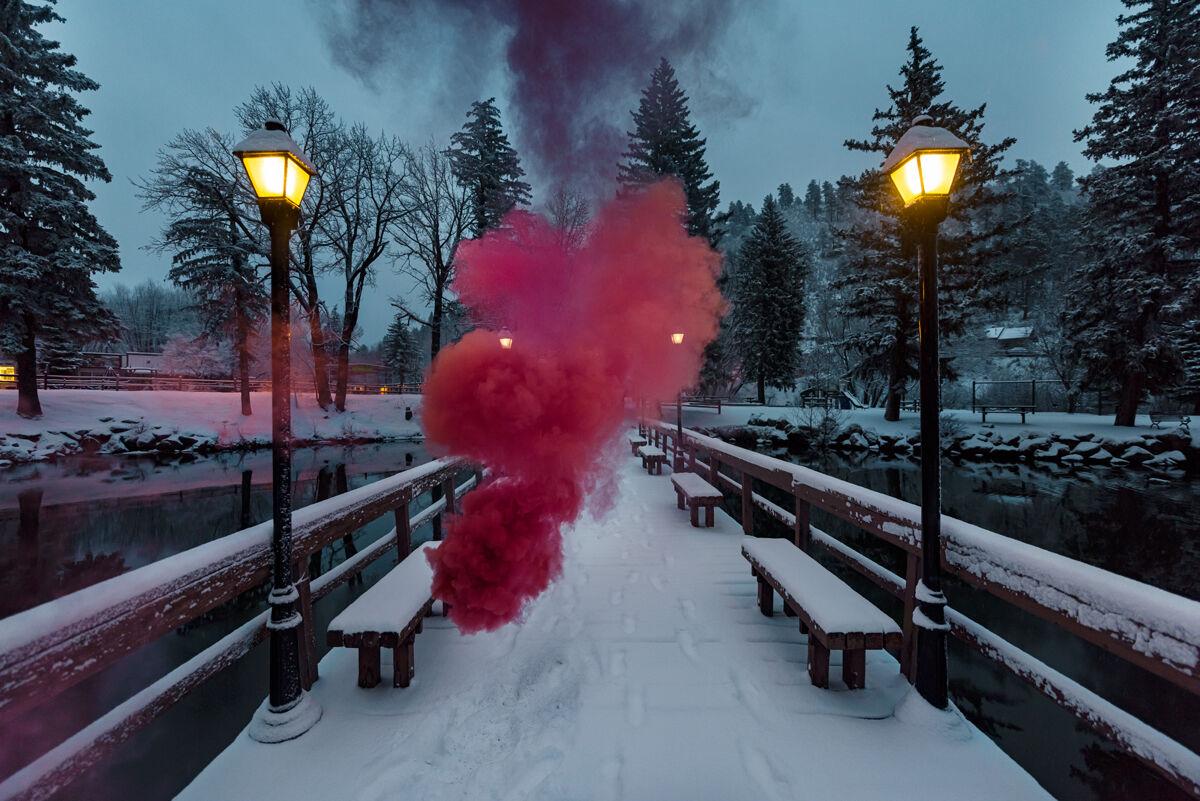 The smoke is a reflection of the artistry and photography skills of Irby Pace, who spent the month of April as an Artist-in-Residence in Green Mountain Falls. The bridge is in the town’s Gazebo Lake Park. 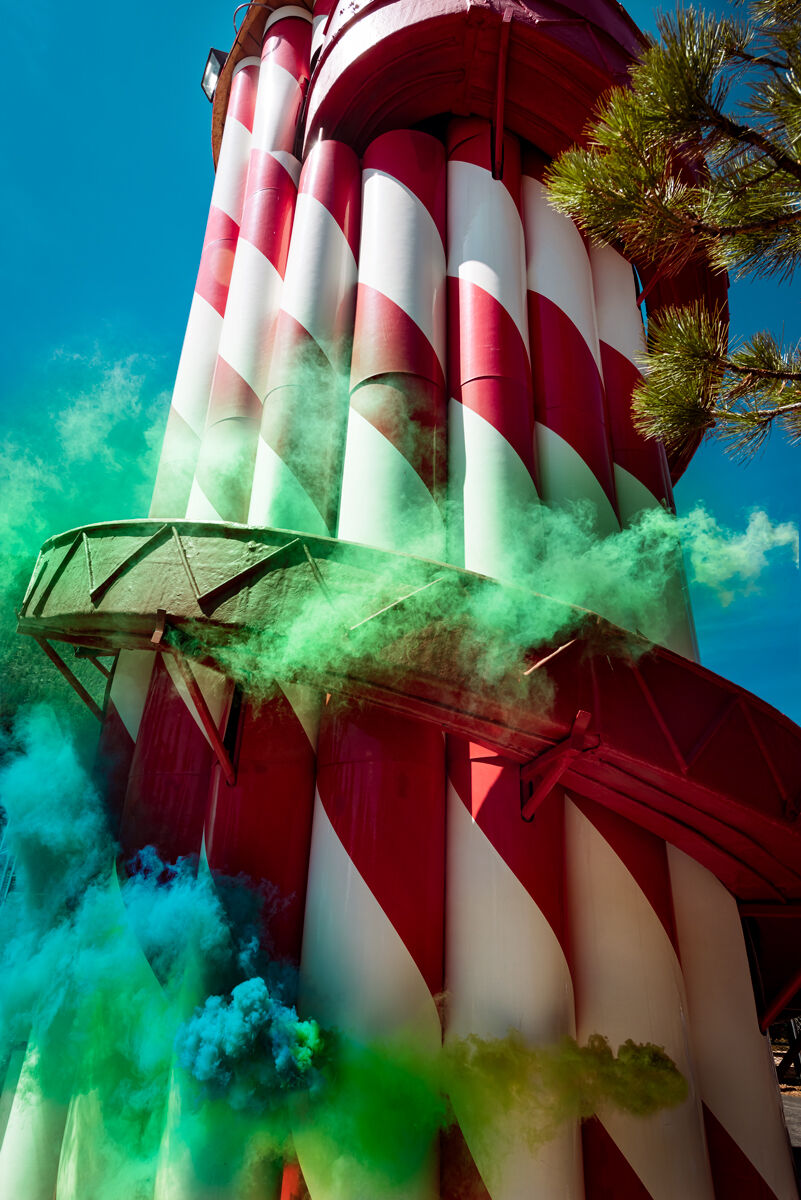 Irby Pace, an artist-in-residence for the 2021 Green Box Arts Festival, shoots a scene at Santa’s Workshop — one that he covers partially with smoke.

The smoke is a reflection of the artistry and photography skills of Irby Pace, who spent the month of April as an Artist-in-Residence in Green Mountain Falls. The bridge is in the town’s Gazebo Lake Park.

Irby Pace, an artist-in-residence for the 2021 Green Box Arts Festival, shoots a scene at Santa’s Workshop — one that he covers partially with smoke.

GREEN MOUNTAIN FALLS • Explosive and a jolt to the senses, the photography of Irby Pace is designed to give meaning to the space that’s splashed with colored smoke.

A paradox of artistry, the photos both cover and reveal something about a Pace scene.

“I hang the canister into the landscape and shoot the scene with my camera,” he said. “It’s a little magic and a little smoke-and-mirrors ... wink, wink.”

One of the Artists in Residence as a preliminary aspect of the 2021 Green Box Arts Festival this summer, Pace has been hiking and exploring nature and identifying well-known spots in the Pikes Peak Region.

Whether the bridge in Gazebo Park, a ride at Santa’s Workshop, scenes in Garden of the Gods or Paint Mines Interpretive Park, Pace’s use of smoke adds a surprising element to the work. “I like the idea of creating tension, uneasiness in the spaces,” he said.

Pace feels that his curiosity about landscapes and nature in the mountains of Ute Pass probably led to his being chosen for the residency. “The founders, Chris Keesee and Larry Keigwin, were excited about the possibilities of what I could do here,” he said. “I’ve been shooting a lot since I’ve been here.”

The characteristic smoke is fleeting, the photo a lasting image caught before weather patterns remove the vapor. The trick, Pace said, is to be fast with the click. “Up here the pressure changes really made a difference,” Pace said. “Some of the smoke only lasts for 10 or 15 seconds.”

For Pace, who lives in Montgomery, Ala., the photographs are meant to challenge the viewer’s perception. “I’m an artist who uses photography to capture landscapes and the performance in the landscape,” he said. “It’s almost like abandoned space such as an abandoned building. At one point I was looking at my art as filling the emptiness, the void of the space.”

His first exhibit with the medium was in 2013 in the Galleri Urbane in Dallas, whose owner, Ree Willaford, agreed to be his representative. Since then, Pace’s photography has been shown around the world, including in London and Dubai.

Reactions to his work are varied. “Some people love it, and some people don’t — and that’s fine,” he said. “Some people think it’s wrong to do that to the environment but it’s all vapor.”

For Pace, the residency is a time to expand his artistry. “It’s been great to be here, to have this time and freedom,” he said. “The best thing is the studio. I have not had a space to make work since graduate school. My car sometimes is my studio.”

Next up for Pace is using a drone to photograph his smoke scenes. “I’ve got a bunch of new stuff coming up,” he said. “I’d like to do video animation more.”