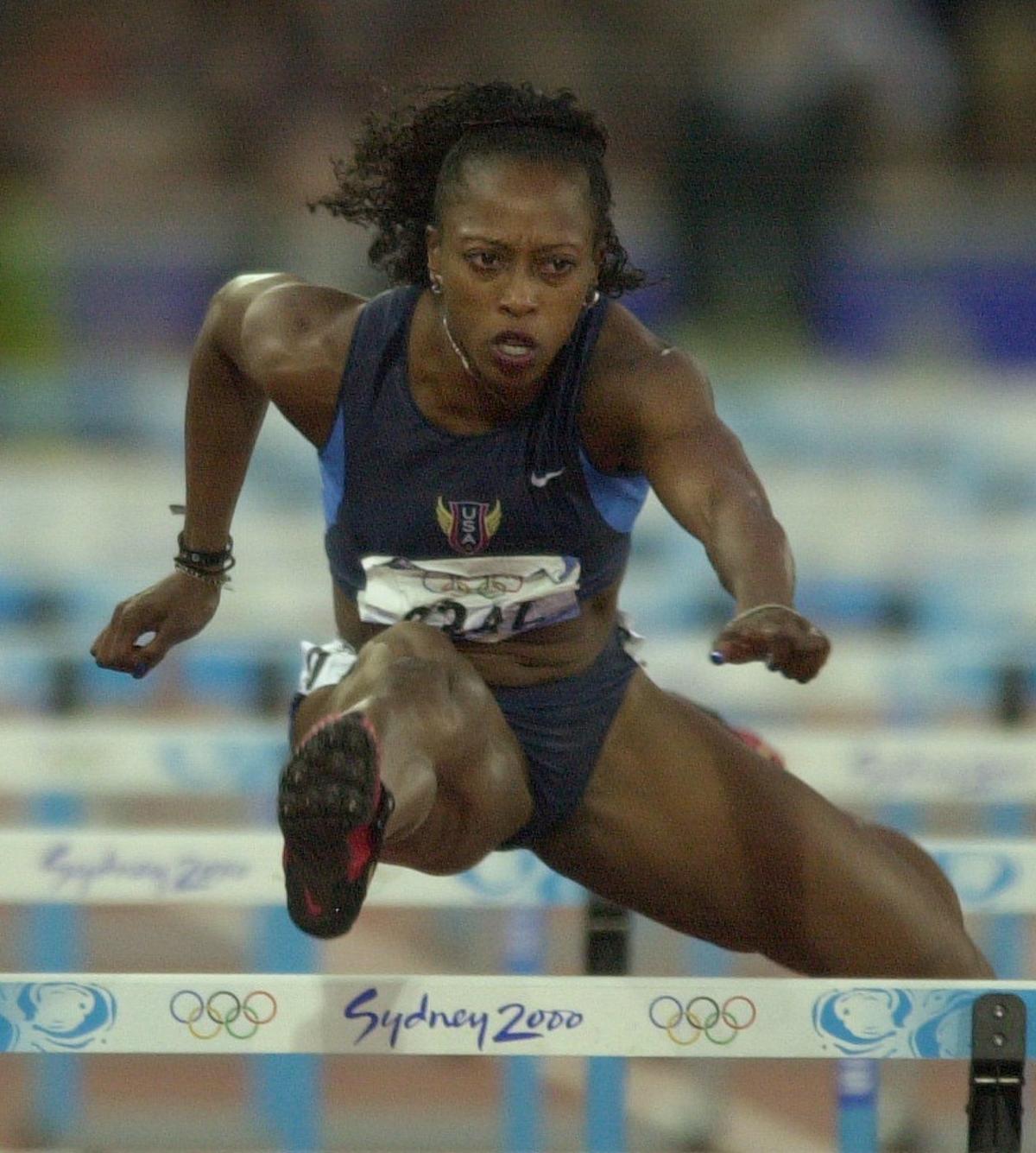 Gail Devers won her first Olympic gold medal in 1992 while battling a host of bizarre symptoms.

“Weight loss, hair loss, headaches, insomnia, bulging eyes and painful skin sores were some of the health issues that afflicted Devers in her early 20s, driving her to desperate measures over a two-and-a-half-year period ...” states a July 6 article on CNN.com.

The track and field athlete nearly retired before she had a chance to become a champion because of a mystery ailment that was affecting her running, and every other part of her life.

Devers, who went on to win two more Olympic golds, has spent much of the last three decades raising awareness of the disease that nearly toppled her Olympic dreams — Graves’ disease.

Graves is an autoimmune disease that causes the thyroid gland to over-produce the thyroid hormone. Being hyperthyroid, or having too much thyroid in one’s system, causes myriad health issues, including those that Devers experienced and still battles today.

As Devers trained for the 1988 Olympics in Seoul, her times running hurdles began slowing down. Her weight dropped well below her usual running weight, and at one point she was down to 79 pounds, states the CNN article, “Three-time Olympic gold medalist Gail Devers on how Graves’ disease ‘made me who I am’.”

“I had given a resignation speech to my coach saying that I didn’t want to take up his time because I’m out there competing or trying to compete and I’m pulling my hamstrings by jogging,” Devers said in the article. “There was a problem, (but) he wouldn’t let me resign, thank goodness, and said, ‘We’ll figure this out.’”

Devers developed a condition that’s related to Graves, thyroid eye disease, which can cause pain and light sensitivity, and may lead to a noticeable bulging of the eyes. Devers had all of those symptoms.

“I actually covered up my mirrors and stopped looking at myself. I stopped going out because when I went out, people would ask, ‘Hey, what’s wrong with you?’ and I had no answers,” the now 54-year-old told CNN.

After years of not knowing the cause of her suffering, Devers finally got a Graves diagnosis, and then the path to easing the symptoms and treating the Graves became much more clear.

Like other autoimmune diseases, Graves symptoms can vary and present themselves suddenly, without warning. Not all who have Graves experience the same symptoms, which can make diagnosis even more challenging.

Both women and men can have Graves, but it’s more prevalent in women. Graves is 7-8 times more common in women than men, according to the American Thyroid Association.

It’s a tricky disease. And it can be both frustrating and frightening not knowing why a body that was previously strong and healthy just stops working correctly.

I was diagnosed with Graves in 2016 after months of inexplicable fatigue, brain fog, and in my case, weight gain.

As it was for Devers, my diagnosis was a relief. Finally, an explanation for the weird stuff that was going on with me! I was in my early 40s and I all of a sudden had no energy. I’d been experiencing heart palpitations that I initially wrote off as stress. My metabolism slowed and my thyroid became enlarged, swelling my neck visibly. I had trouble thinking clearly — the brain fog is no joke — and it was difficult to explain to others my lapses in memory or “foggy” thinking.

What makes your own body begin attacking itself (the basic definition of an autoimmune disease) is a bit of a mystery.

One of my first endocrinologists told me “If you’re going to get an autoimmune disease, Graves is the best one.”

In that way, I consider myself “lucky.” Also, I’ve been fortunate not to develop the related eye disease.

Certainly I’ve had an easier time dealing with Graves than have loved ones who have Type 1 Diabetes and Multiple Sclerosis — more serious autoimmune diseases that require much more complicated treatment.

I’ve been on a medicine that helps suppress my overactive thyroid for five years now, and it has me in a good spot at the moment. I see an endocrinologist often, and he monitors my condition with regular blood tests and other diagnostics. Autoimmune symptoms can ebb and flow, go from almost remission for a while and then can flare up and make you very sick. It’s good to be in a manageable place.

I don’t usually like to talk about my “mystery illness,” but this seems like the opportune time as July is Graves’ disease Awareness month.

If there’s even one person reading this who’s experiencing the debilitating fatigue or onset of brain fog that kept my doctors guessing for years, maybe this column will inspire them to get checked out.

Devers says the same of her advocacy: “If there are 10 million people who could have Graves’ disease, then my job, our job is to make sure that 10 million people — they’re under a doctor’s care,” she says in the CNN article. “I believe I’m stronger at having to go through what I went through ... Everybody’s faced with challenges. We all feel like sometimes walls are closing in on us and there’s no way out.

“What do you do? You remember that strength and resilience that you have when you step on the line.”

My “race” is often simply having enough energy to get through a workday and take my dog for a walk. But I’m happy just to be able to “compete.”

To learn more about Graves, ask your doctor or visit the American Thyroid Association online at thyroid.org.