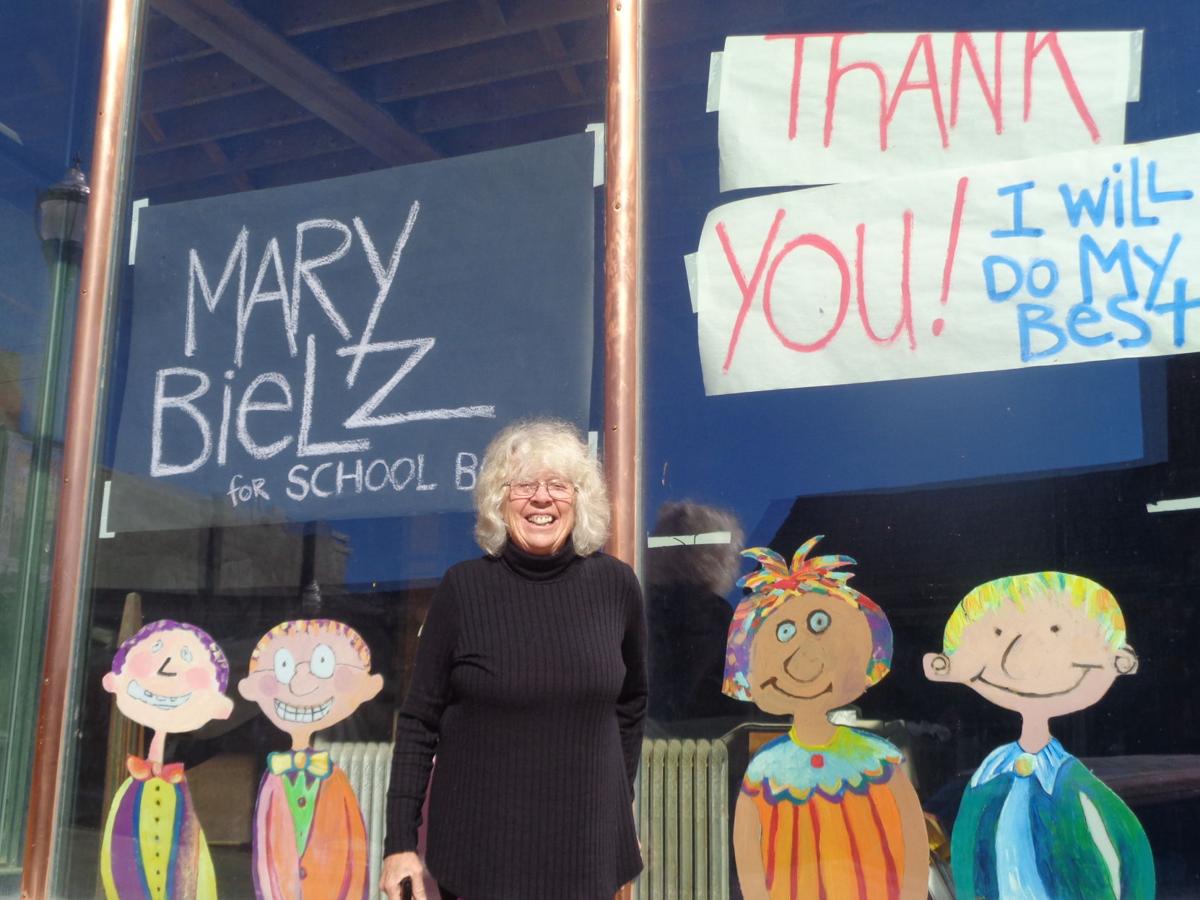 After winning the election to replace Tim Braun, who was recalled by the voters, Mary Bielz created a thank-you message on a window in Victor. 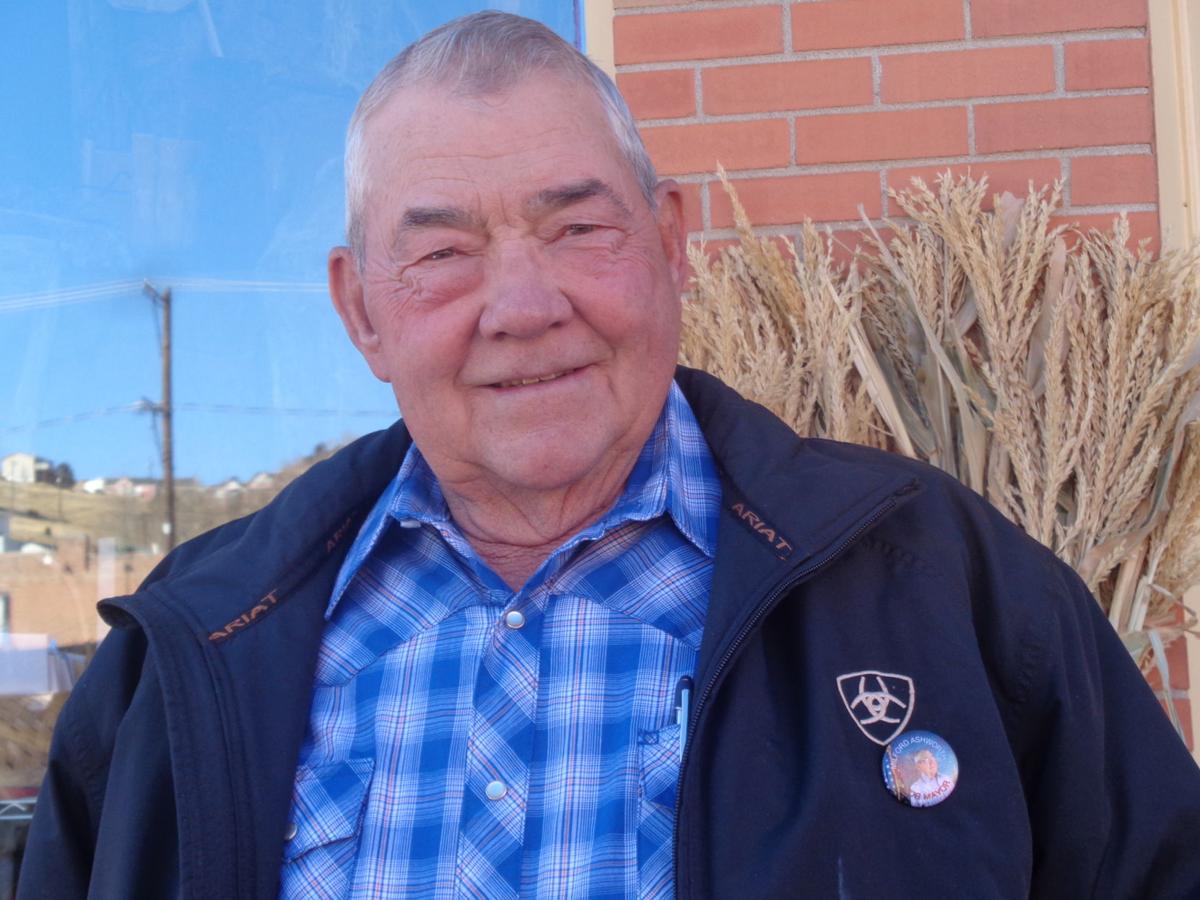 After winning the election to replace Tim Braun, who was recalled by the voters, Mary Bielz created a thank-you message on a window in Victor.

In the Cripple Creek mayoral race, where a total of 323 citizens voted, Milford Ashworth won by nearly 59% of the votes cast, receiving 186 votes to 137 votes for his opponent, Meghan Rozell.

“I appreciate all the support from the people (who) helped me and all the voters that voted for me,” Ashworth said Tuesday night.

He campaigned on the city’s successes during his 2009-17 council tenure, including road improvement projects, upgrades to a local water treatment plant and an effort to build a park.

The former construction company owner has also worked to foster economic growth while on boards and committees in Cripple Creek and Mount Vernon, Ind., where he previously lived.

Now, he’s likely to take the reins in the small mountain community of roughly 1,200 people as the successor of term-limited Mayor Bruce Brown.

“Right now, my priorities (are) the infrastructure and housing,” he said.

Ashworth stressed the need for the city to “catch up” on necessary improvements to streets, water lines and sewers.

Two days after the election, Ashworth spoke about what he views as negative issues with the Cripple Creek-Victor schools. “To me, there’s a lot of improvement needed at the schools,” he said, speaking at a meeting of the Housing Task Force at the Aspen Mine Center. “A lot of students are going to Woodland Park, Guffey or Lake George.”

Mary Bielz assumes the place of Tim Braun, the board president, after a majority of voters (803 of 1,478) cast votes to recall Braun from the board. The controversy over Braun caused division with the community as those in favor of the recall claimed he violated state statutes, school board policies and resolutions, open-meetings laws and public disclosure rules.

“To be returning to the schools is the thread that’s being tied, the tapestry of things,” she said. “I think this is a great opportunity and I’m honored.”

The election results were notable in that voters chiefly ignored the mayor’s and city council races with lackluster turnout, while making their voices heard for the school board races. For instance, 1,862 voters turned out to elect the two at-large candidates while 744 of 1,203 voters elected Dodrill.

Granted, there are more voters in the school district that includes all of southern Teller County. Nonetheless, the municipal turnout was low. In Teller County, 49.91% of the electorate voted — 8,950 of 17,931 registered voters.

Throughout the entire county, 8,904 citizens weighed in on the statewide ballot issue CC, which sought voter permission to fund schools and transportation, with 6,575 voting no.

On the issue of asking all Colorado voters to approve sports betting in the three gaming towns, 252 of 335 voters in Cripple Creek said yes to the measure which was titled 2C. However, in general, Teller County voters were not in favor of the measure; of 8,900 voting, 4,812 voted no.

While the state tally was not certified at press time, the results were pretty clear that Colorado voters were in favor, with 51.42% approving sports betting in Black Hawk, Central City and Cripple Creek. In his campaign, Ashworth expressed support for the ballot question.

The Gazette’s Debbie Kelley and Rachel Riley contributed to this report.

Union survey: Many Colorado teachers willing to walk out to protest school funding

Colorado’s largest teachers union says most of its members are prepared to participate in walk-outs if the state does not significantly increase education funding and teacher pay.