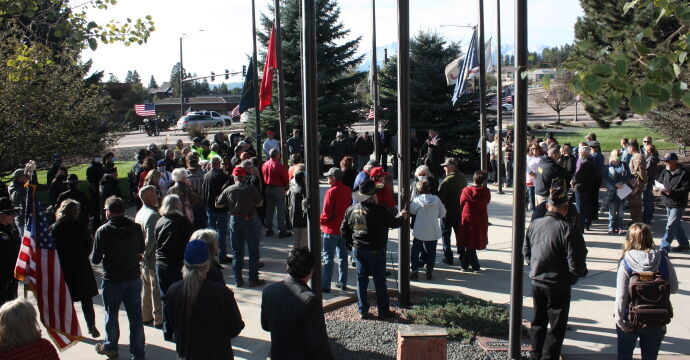 Nearly 150 people gathered in Lions Park in Woodland Park on Sept. 11 to participate in the 9/11 Remembrance Ceremony. 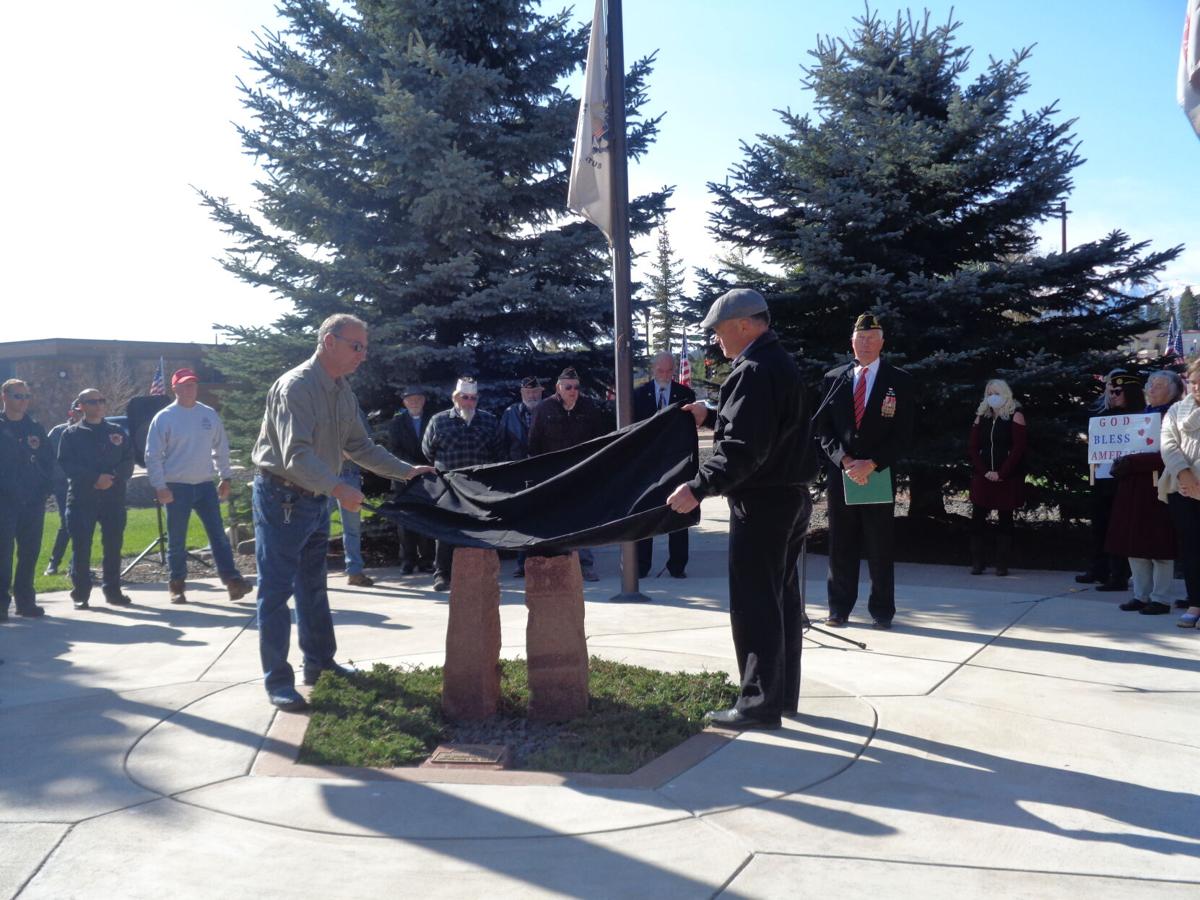 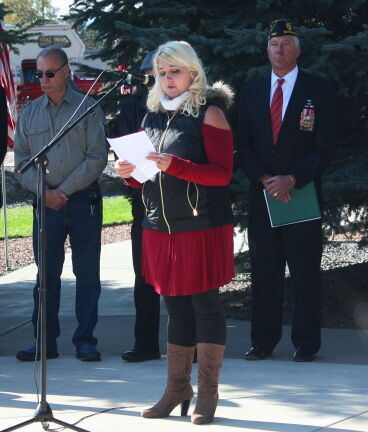 Nearly 150 people gathered in Lions Park in Woodland Park on Sept. 11 to participate in the 9/11 Remembrance Ceremony.

The mood at the Remembrance Ceremony in Woodland Park’s Lions Park Sept. 11 was somber as speakers lamented the political divide in America today.

“It’s been a tough year for our country and your presence here and our standing together means more to us this year than it has in the past,” said Dan Williams, master of ceremonies and Commander of the American Legion Post 1980.

Williams highlighted the divisive effect of the pandemic, along with the unrest around the country, and urged that people honor Sept. 11 with unity rather than discord. “We got through that and well get through this,” he said.

The Rev. Todd Scranton, pastor of Mountain View United Methodist Church in Woodland Park, opened the ceremony with a prayer. “We mourn for those who still mourn,” Scranton said. “But with hearts full of gratitude we also remember the full glory of human bravery. And remember those who ran toward carnage, police officers, firefighters, medical personnel, all manner of public servants.”

Many in the audience of nearly 150 people wiped away tears during “Taps,” played by John Meyer and Chuck Bostian, and as the Honor Guard lowered the flag to half-mast.

“We didn’t think it could happen to us,” Williams said. “Here we are 19 years later to honor the 2,977 innocent people who perished, including the 400 brave first responders.”

The economic toll of the attacks was $123 billion in the first four weeks after the attack, Williams said. In contrast, the cost of training and executing the attack by the 19 terrorists was estimated to be $400,000, he added.

Meghan Rozell, 34, Cripple Creek City Council member, spoke of the repercussions of the attacks on the millennial generation.

“Most of us of my generation were too young to make any real sense of what happened that day,” she said. “But it has colored our lives these past 19 years.”

The common reflection for her generation was how America came together. “We watched as New York worked hard to clean the rubble, as ash still fell from the sky and bodies were being pulled from the remnants of the great towers,” she said.

Today, she and her friends see the juxtaposition of both events. “We just don’t seem to be able to come together in a crisis as much as we did that day,” Rozell said. “Or maybe that’s just what it feels like.”

To emphasize the political divide, Rozell quoted her younger cousin, whom she said she disagrees with on most political issues. “My cousin said the biggest thing she took from 9/11 was how certainty can kill us. The men who did that were certain they were right in their beliefs,” Rozell said. “I think people being so certain in their beliefs is deadly.”

While all Americans have been touched by the wars in Iraq and Afghanistan, the attacks of Sept. 11, were an external threat, she said. “The political, generational and ideological divides that threaten us here are internal,” she said. “I believe the way we heal this divide is to let go of absolute certainty and replace that with understanding and focus more on what we have in common. We are Americans.”

Andy Tyler, VFW Post 6051 commander, explained the design and meaning of the Twin Towers memorial in Lions Park. The towers reflect the twin World Trade Center buildings that were destroyed, the Pentagon tragedy is recalled in pentagonal-shaped bricks and the grass represents the field in Shanksville, Pa. where one of the planes crashed.

Teller County Sheriff Jason Mikesell paid tribute to the dozens of first responders who lost their lives in the attacks. “There’s a heartbeat behind the badge of service,” he said. “During 9/11, there was a heartbeat that responded to calls, knowing they might not see their families again. That heartbeat is a calling.”

The ceremony concluded with the audience joined in song to “America the Beautiful” and the National Anthem.