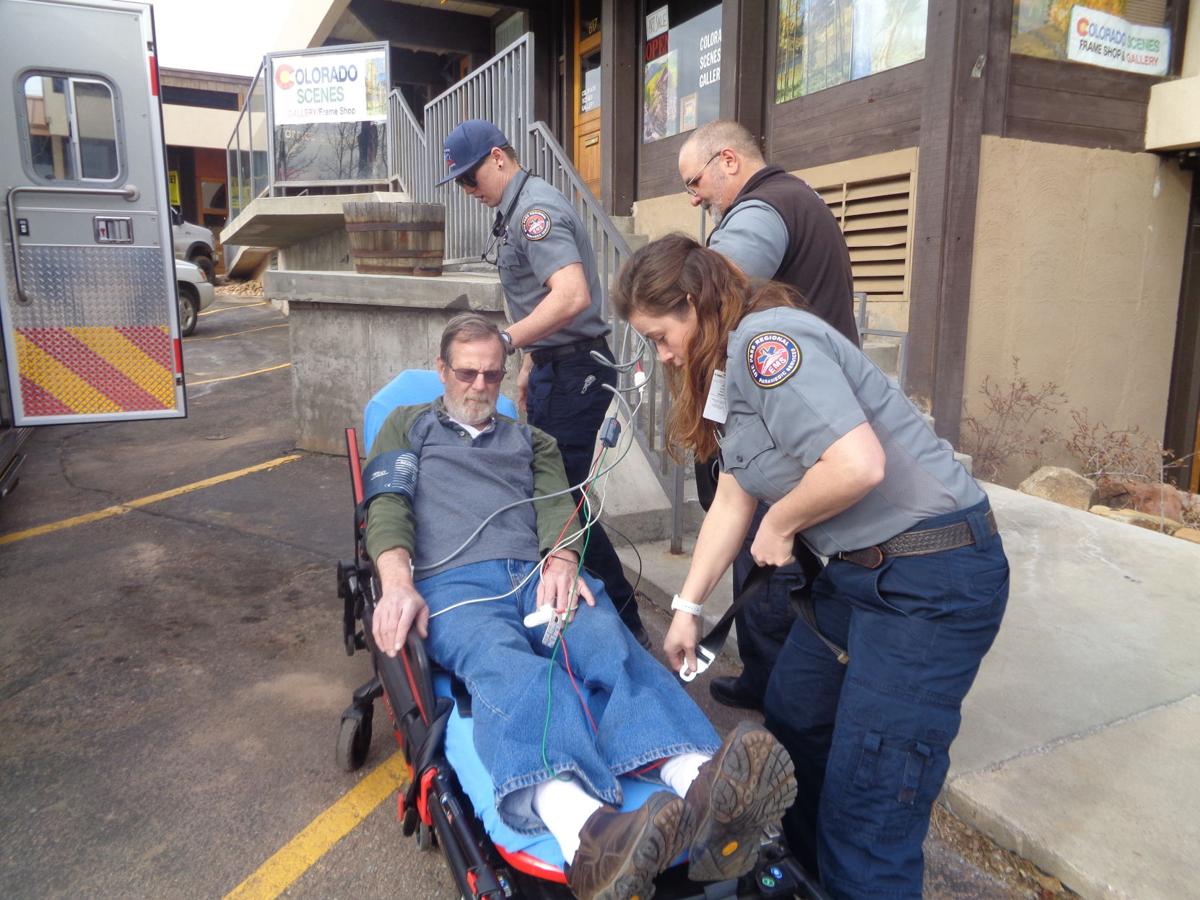 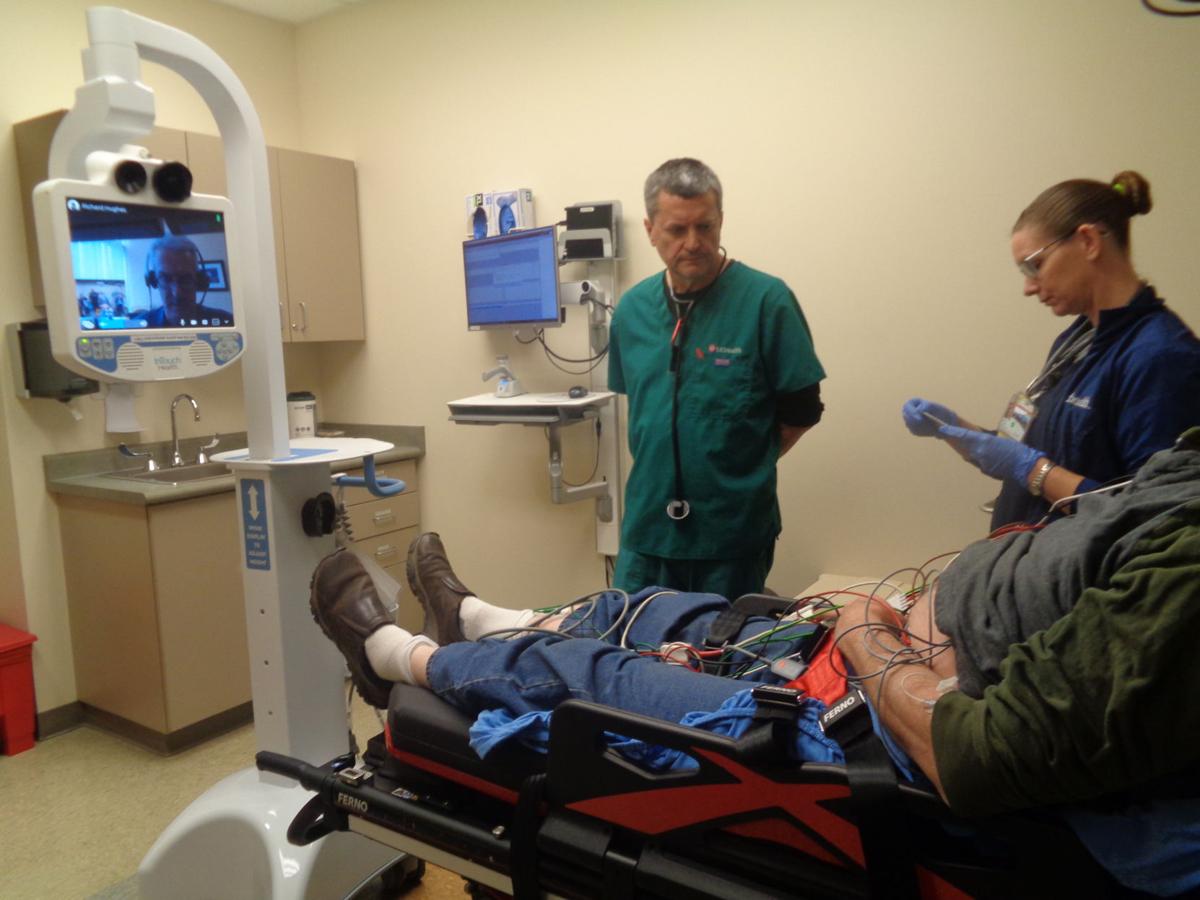 In a simulation, the condition a man brought to UCHealth Pikes Peak Regional Hospital, is evaluated by a telestroke physician Richard Hughes.

In a simulation, the condition a man brought to UCHealth Pikes Peak Regional Hospital, is evaluated by a telestroke physician Richard Hughes.

Simulated drama in real-time, a man staging a stroke and the response portrayed lifesaving treatment for patients in Woodland Park and beyond.

The scene began in Gold Hill Square North, where a man shows signs of a stroke. A passerby notices the man, who appears drunk, is slurring his words and has weakness in his left arm. He calls 9-1-1. The ambulance shows up within minutes, the paramedics leap out and assess the scene. “I saw him walking normally about 45 minutes ago but then he just sat down,” said the passerby.

The paramedics, Tyler Casey and Molly Hosack from Ute Pass Regional Health Service District, take the man’s vital signs, determine his name from his wallet, and lay him on a gurney for transport to UCHealth Pikes Peak Regional Hospital.

In the ambulance, the man responds to commands and is unable to raise his left arm or leg. Casey gives a brief report to the staff in the emergency department to notify them of a possible stroke patient who is 64 years old.

The entire procedure, from seeing the patient at Gold Hill to transporting him to the hospital took five minutes.

A flurry of activity greets the patient, including observation by Mary Seitenbach, R.N., with the Neuroscience Stroke Program at Memorial Hospital Central.

In order to expedite care and prepare for possible transfer to Colorado Springs, the patient is kept on a gurney and taken for a CT scan. “Normally at this point we would load the patient onto one of their beds, but we’re keeping him hooked up to our equipment,” said Dave Hansher, a paramedic with the health service district. “Right now they’re making the decision whether he is a candidate for tPA, a clot-busting drug, or go another route.”The CT scan will determine if there is evidence of bleeding, caused by a ruptured blood vessel, or a clot in one of the main arteries in his brain, Seitenbach said. “If it is a bleed we would transfer the patient to a neurosurgeon’s care in the Springs. Neurosurgeons can go in and fix things.”

At this point, the patient’s scan is sent to a radiologist with a stroke-alert status who then notifies the emergency-room physician of the results within minutes.

The next step is an evaluation by a telestroke physician. Dr. Richard Hughes, a neurologist with UCHealth, who was at the hospital in Aurora that day, learns about the symptoms and views the scan. Hughes recommends IV therapy with tPA to begin immediately at PPRH, followed by transport to Memorial Hospital Central, a comprehensive stroke center. The tPA treatment is another safeguard for people in Teller County, especially senior citizens.

“One of our crew members will stay with the patient all the time so there is continuity of care,” Hansher said. “Ten years ago we would have taken him down the hill and hoped for the best. In this rural environment where we’re able to bring that level of care the whole system has moved up.”