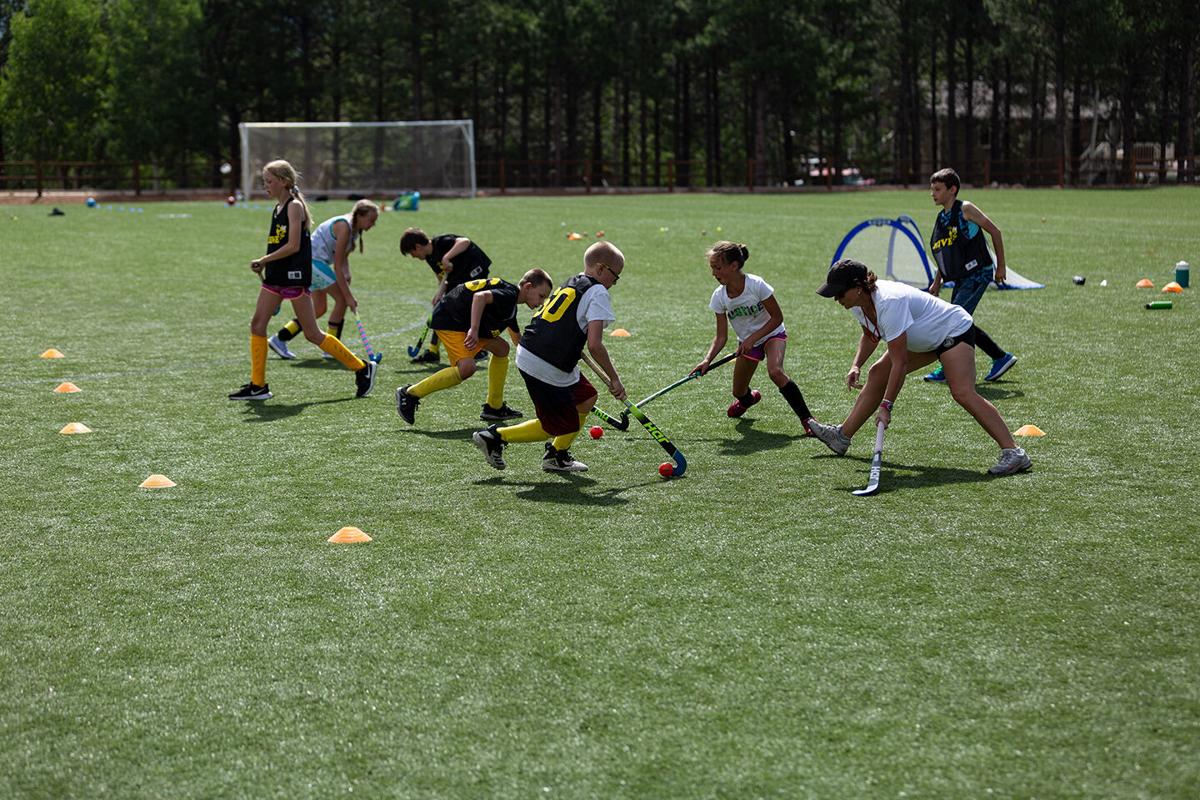 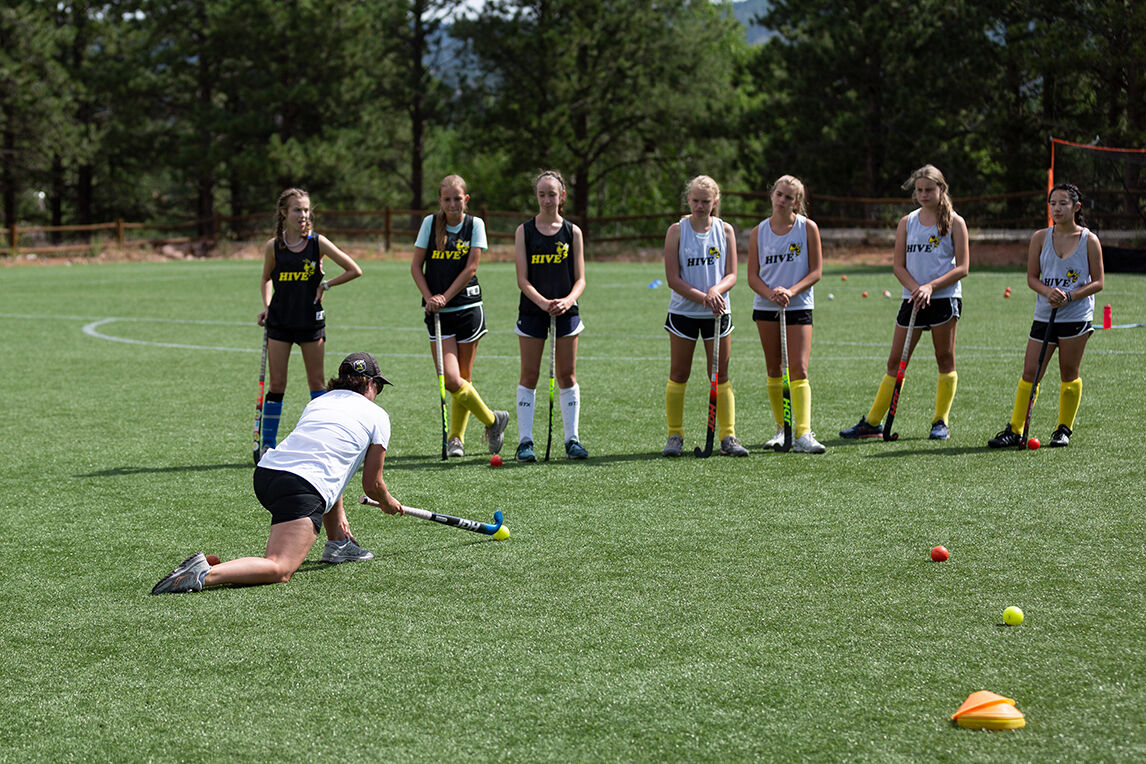 Elzeth Hetzler has an insatiable passion for field hockey.

She plays it. Teaches it. Coaches it. And if she could, she would travel the world as a diplomat for the sport.

“I grew up in South Africa where field hockey is one of our three main sports, along with rugby and cricket,” Hetzler said. “Hockey in South Africa is like football in America.”

Hetzler and her husband, Doug, moved to Woodland Park three years ago from San Ramon, Calif. Within months of relocating, they launched Hive Hockey Academy. It is designed for young players ages 8 through 18 to learn the basic skills and rules of the game while having fun.

“I wanted to play, and I realized there was no place for the kids to play,” said Elzeth, who is also the head field hockey coach at Cheyenne Mountain High School in Colorado Springs. “We worked with students at Columbine Elementary School doing exposure pieces. By 2019, we had 33 signed up for our first season.”

Doug, a media professional, also coaches with his wife.

“We try to focus a lot on game play rather than drills all the time,” Doug said. “We’ve found that a lot of kids tend to not like a lot of other mainstream sports.

Elzeth started playing field hockey in high school in South Africa. She moved up to the club level and provincially, and upon graduation she was recruited to play for her club in the United Kingdom before eventually moving to the United States.

Elzeth and Doug started the East Bay Field Hockey Association in San Ramon, focusing on youth. She also played on a local women’s club, and in 2017 Elzeth was selected to represent Masters Team USA on the National Indoor Woman’s team to play in the first-ever Masters Indoor World Cup in Krefeld, Germany.

Elzeth was selected for the U.S. team again in 2019 at the 2nd Masters Indoor World Cup in Hong Kong.

Elzeth, who has Level 2 coaching certification from U.S.A. Field Hockey, has coached three players onto the U.S.A. junior national team. She has also been a head coach for the Junior Olympics. Doug is also a Level 2 coach.

“There are a lot of nuances in field hockey that make this a really fun game,” Doug said.

The COVID-19 pandemic affected HIVE like all other sports. The Hetzlers were forced to shut down operations last spring and were not permitted to get back onto the field until the late summer and fall.

“We were finally allowed to go to Meadow Wood Park and have small group sessions,” Elzeth said. “But we couldn’t have an indoor season because of the restrictions.

“We have a dozen or so kids in the program at this point.”

Elzeth is also in her third season at Cheyenne Mountain. It’s a relatively young team compared to most of the prep field hockey programs in the state. She has no seniors among the 18 players in her program.

“We play against some teams who have full varsity, junior varsity and C team squads,” Elzeth said. “We hope to get to that level someday. We’re still a developing program.”