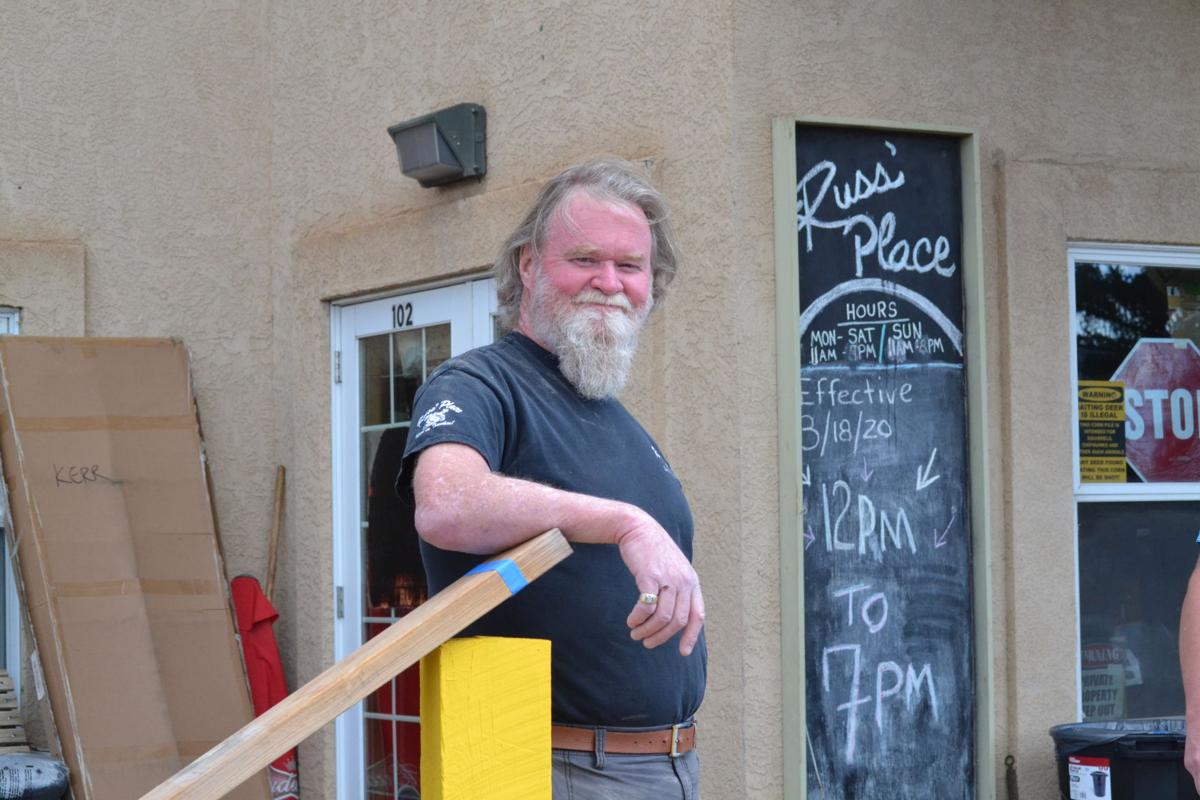 Bob Kerr, one of four owners of Russ’ Place eatery in Divide, believes the coronavirus restrictions have turned into a political game. 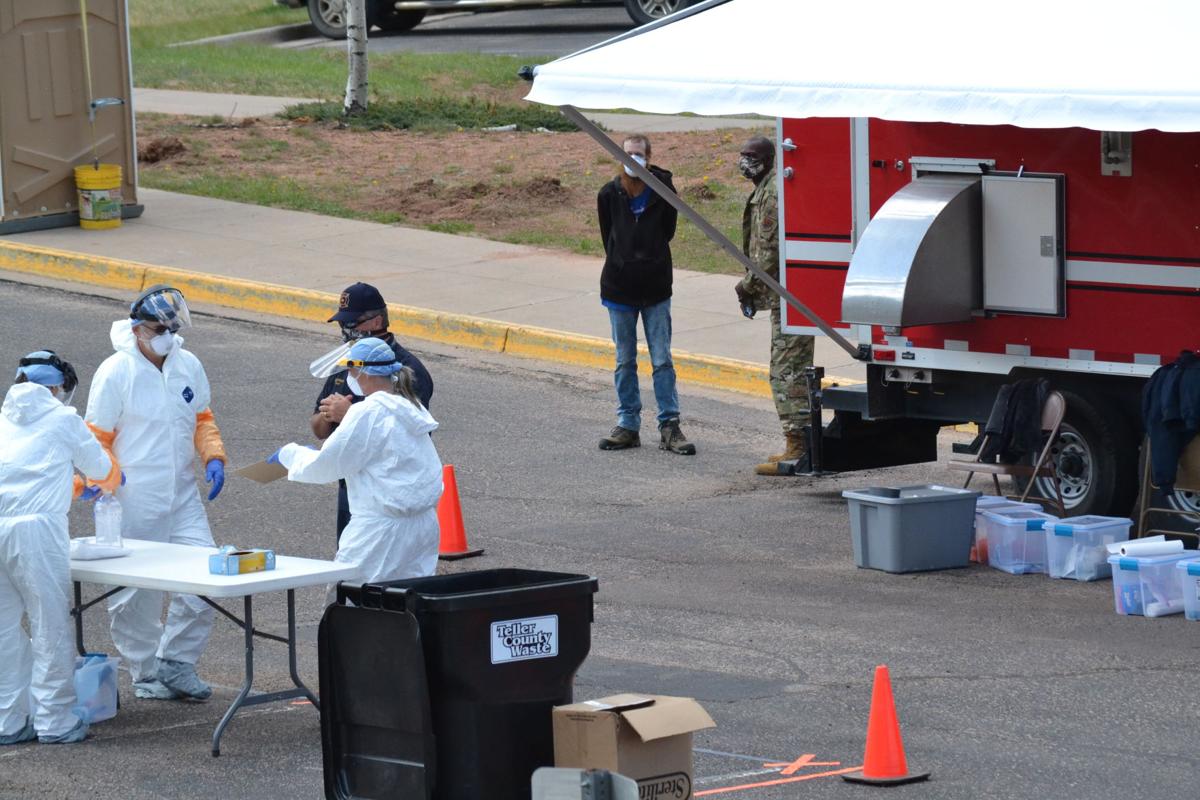 COVID-19 testing is being offered to the public in Woodland Park as part of a request for a variance from Teller County commissioners to reopen the county.

Bob Kerr, one of four owners of Russ’ Place eatery in Divide, believes the coronavirus restrictions have turned into a political game.

COVID-19 testing is being offered to the public in Woodland Park as part of a request for a variance from Teller County commissioners to reopen the county.

Increases in violent assaults and suicides are among the effects Teller County leaders are attributing to coronavirus restrictions, according to documentation in a variance application county officials submitted May 8 to the Colorado Department of Public Health and Environment.

“People are just kind of going stir crazy,” said Cmdr. Greg Couch, Teller County’s lead spokesman. “They’re getting cabin fever; they feel like they’re locked in their homes with other family members — and that’s a recipe for more conflict.”

The county recorded five assault cases between Jan 1 and March 8. The number nearly doubled from March 9 to May 6, Couch said, to nine cases, including a murder-suicide.

County commissioners are seeking a waiver from Gov. Jared Polis’ executive order that bans gatherings of more than 10 people and continues to prohibit some businesses, including restaurants, from opening.

“We believe if social distancing guidelines are followed, facial masks are worn, and sanitizing protocols are implemented, then group size should not be restricted,” the application states.

Commissioners are asking to reopen casinos in Cripple Creek as well as restaurants, bars, gyms, movie theaters, churches and other places of worship countywide — with modifications and new protocols in place.

Restrictions upon opening would include no valet service at casinos and possibly removing some machines and table games to meet 6-foot social distancing guidance. All establishments would prohibit group gatherings in areas such as lobbies and would be encouraged to provide touchless payment options, physical barriers in areas such as checkouts and signs encouraging customers to wear facial coverings, and eliminate self-serve stations.

Citing dependence of Cripple Creek’s economic base on casinos, county officials propose “workplace temperature monitoring to be encouraged but not required by employers.” Employees should be able to self-report without formal temperature readings, the application says.

Among the justifications for the variance are low numbers of COVID-19 — about 30 cases and two deaths since March 14 — as well as a stabilization of the curve, adequate hospital capacity, ramped up testing and a detailed reopening plan.

The extensive application includes letters of support from agencies and businesses in the county, which encompasses the towns of Woodland Park, Cripple Creek and Victor, and the communities of Florissant and Divide.

“We’re of the belief that the stay-at-home orders are negatively affecting folks’ mental health,” Couch said, adding that officials understand “there’s a fine balance between public health and economic impacts.”

Suicides have increased since state restrictions were enacted, officials said. From Jan 1 through March 5, Teller County had three suicides, Couch said, and from March 6 to May 6, there were four, representing a 25% increase. Earlier reports by the Teller County Sheriff’s Office of an 85% increase in suicides were incorrect and based on a miscalculation, Couch said.

Overall, the 4th Judicial District, which includes Teller and El Paso counties, has seen a rise in felony domestic violence cases during the coronavirus crisis, “with some showing an increase in prolonged, escalating violence,” District Attorney Dan May said in a letter. “Clearly, stay-at-home restrictions are presenting abusers with the perfect storm; the ability to prevent their victims from any contact with the outside world — and thus any help to escape their abusive situation.”

May said there were 215 felony domestic violence cases in the 4th Judicial District from March 1, 2019, to May 6, 2019, and 278 this year during that same time period. That’s an increase of 63 cases of “extreme abuse” in two months, he said in the letter, many involving weapons, stalking and “hours and days of violence that quite frankly, are torturous.”

The latest murder in Teller County was a result of domestic violence, May said. Authorities ruled the deaths of an estranged husband and wife, Jurii Stolpp and Jacob Stolpp, both 36, as a case of murder-suicide, after the couple was found dead of gunshot wounds on a Teller County road three weeks ago.

Child abuse and neglect referrals, including violence, also have been rising, and the case count “increased significantly” in the last week of April, said Kim Mauthe, director of the Teller County Department of Human Services.

“The stresses of children doing school full-time in the home and the parents either working from home or unemployed all appear to be factors in this recent surge of violent encounters,” she said in a letter.

The county’s variance request to “meet the needs of the community, improve behavioral health and begin economic recovery,” is one of several statewide, which has created a backlog, a spokeswoman for the Colorado State Joint Information Center said.

The Colorado Department of Public Health and Environment and the governor must agree to the proposals.

The situation has changed from health concerns to a political farce, believes Bob Kerr, one of four owners of Russ’ Place restaurant in Divide, which has been filling to-go orders, but recently placed spaced-apart tables and chairs outside for customers to sit and wait for their meal orders. Customers could have a drink while they waited, and if they wanted, eat at the tables.

The county health department delivered a letter last week, saying the owners were in violation of the governor’s orders, using the word “selfish” as part of the admonishment. A protest in support of Kerr’s right to open was held May 14, drawing hundreds.

Kerr said business is down 80% at the restaurant his family has owned for nine years. “I’m not going to wither on the vine,” Kerr said.

Polis has said he will decide on May 25, Memorial Day, whether and when restaurants could reopen and base the decision on what data show about the virus’ spread. Kerr said the governor has given other dates in the past, which have come and gone.

Russ Kerr normally can be found slinging burgers and fries at Russ' Place, his 9-year-old family-owned restaurant, in Divide. He took a break from the grill Thursday to shoot the breeze with upwards of 300 friends and strangers who showed up for a benefit lunch to tell him they’ve got his back against Colorado officials.