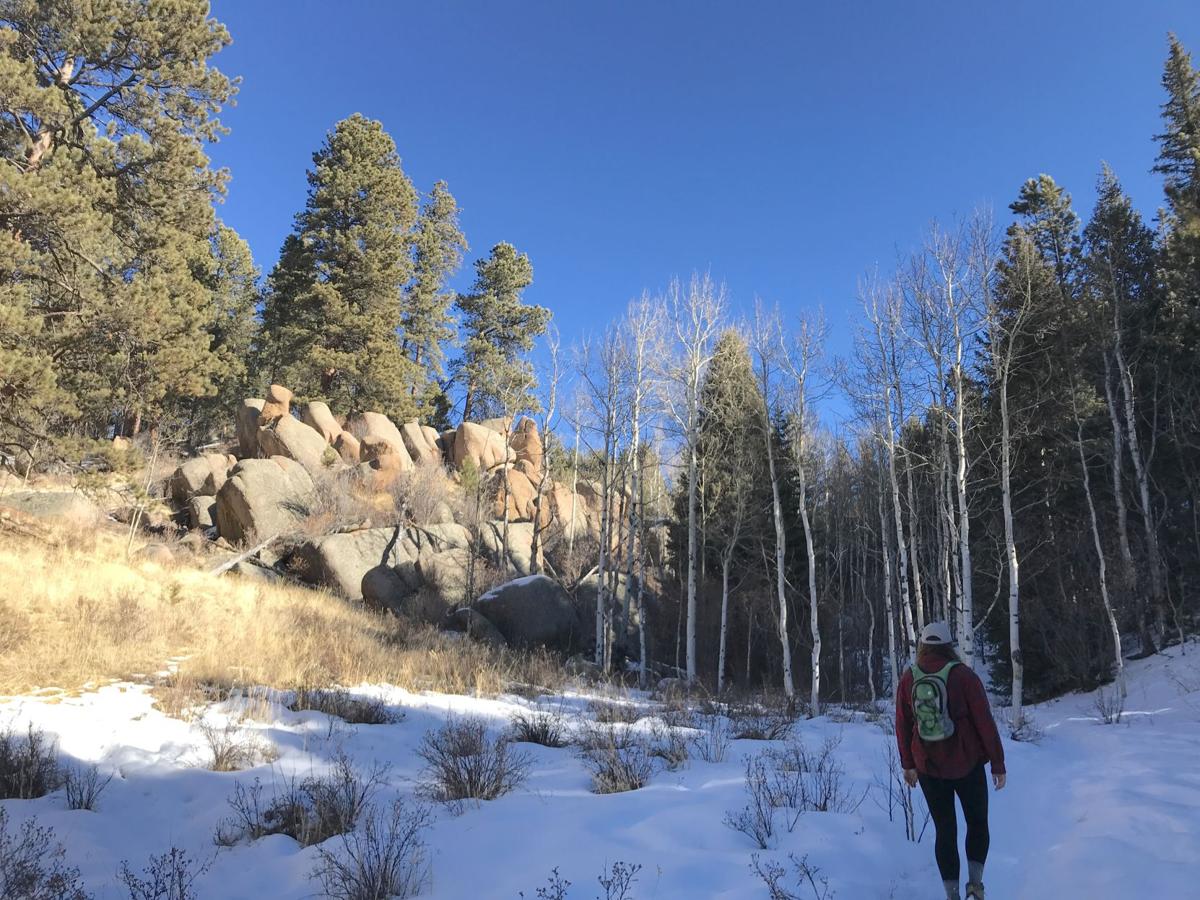 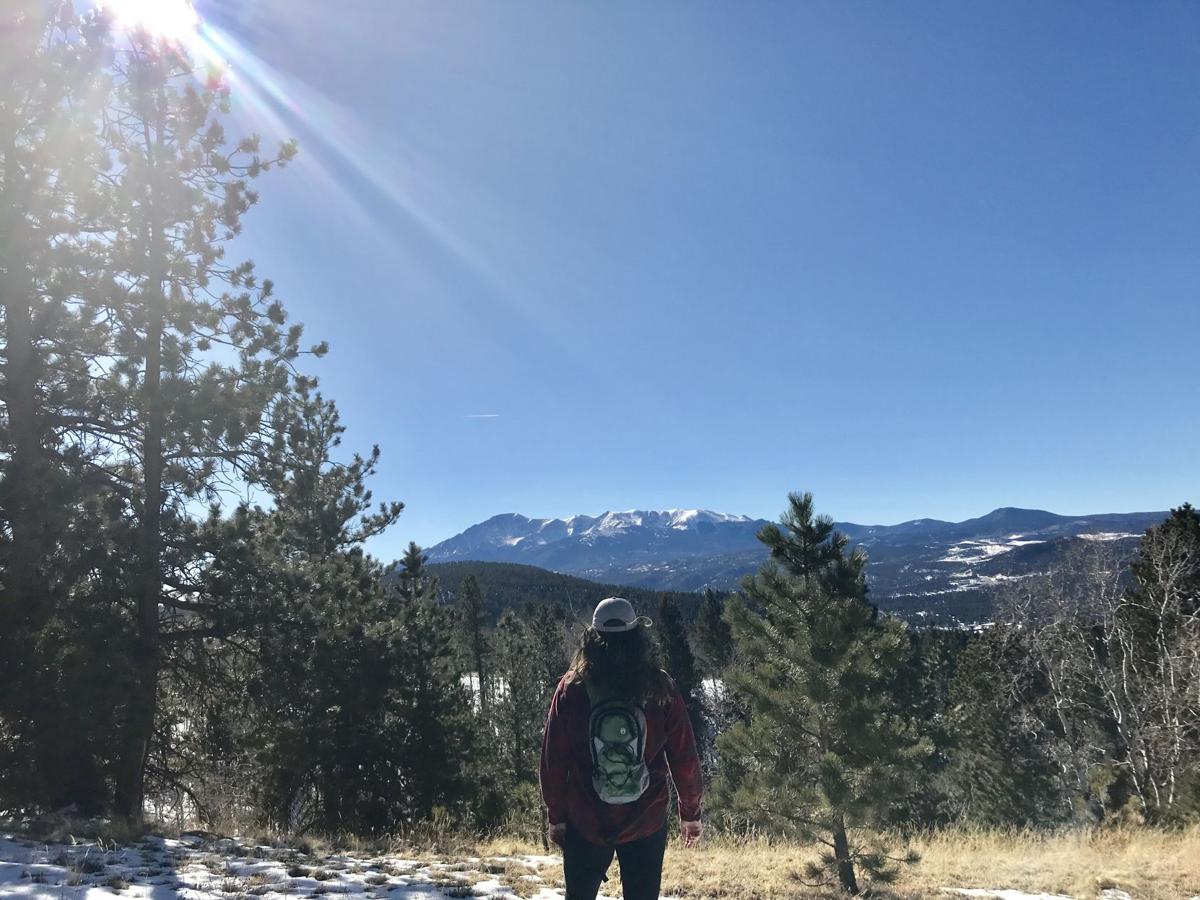 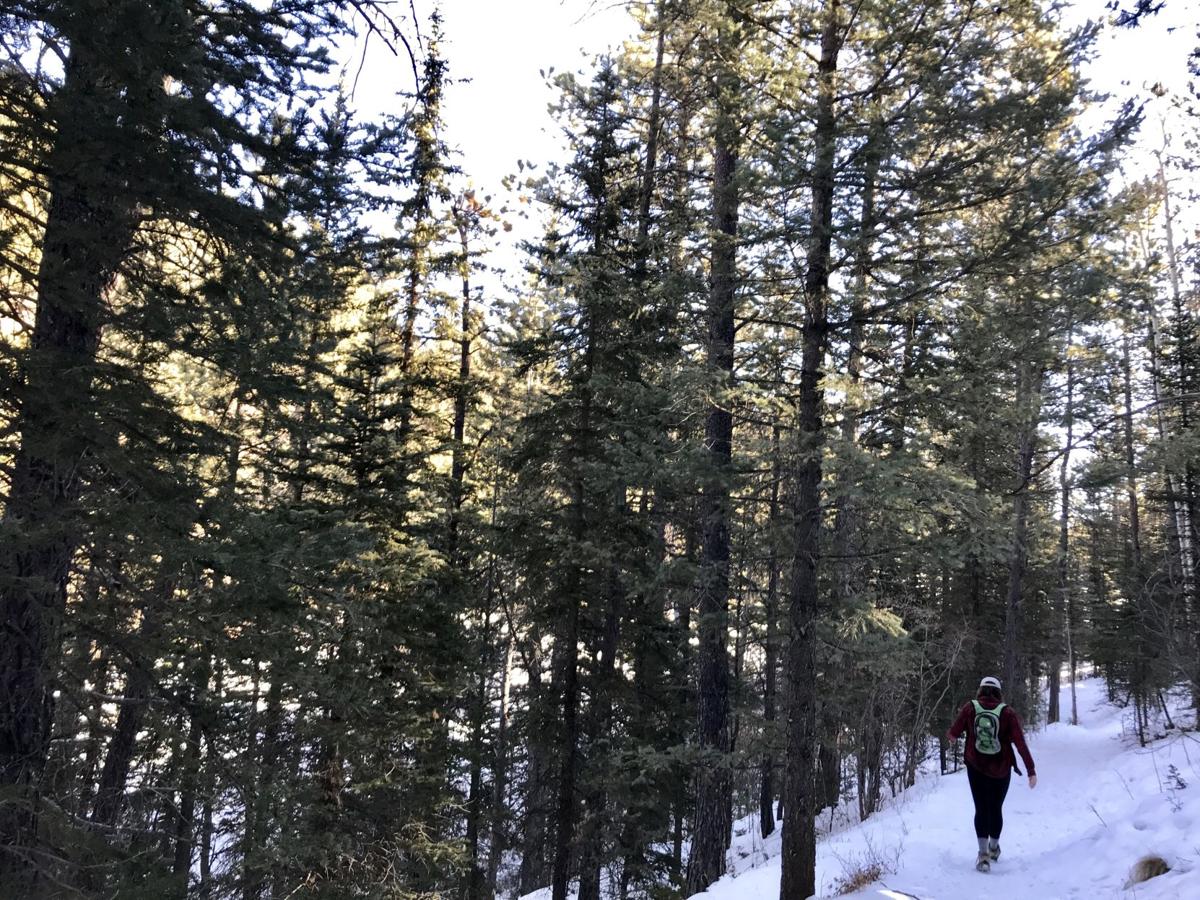 For all seasons, Woodland Park’s Lovell Gulch Trail is full of wonders. That’s partly why we’re adding it to our “Classic” catalogue in this series highlighting natural amenities of the Pikes Peak region.

Regulars know a visit to be less than ideal soon after a snowstorm. But we were pleasantly surprised on this trip to find the path well-packed, blazing through powder fields that swooped and glistened under the sun in such a way that the beauty of the forest was magnified. There were only brief spots of mud.

Still, the hike or bike ride is best in summer or fall — wildflowers burst, the creek runs melodiously and the golden aspen groves are spectacular. But this January tour was indeed a serene escape.

Along with boot prints in the snow, there were regular posts marking the way, handy for an area frequented by people who stomp alternate paths. The “stem” of the “lollipop” loop spans less than a mile to a creek, where it splits left for a steeper journey, right for a gentler one.

Going right, as we did here, you’ll come to a double track through a meadow bordered by evergreen slopes. The trail soon thins, meandering through rock gardens.

At 1.57 miles on our tracker, the loop continued left toward more impressive boulders. At 2.25 miles, it veered left again, rising to Rampart Range Road.

Go left, following the power lines, the only obstruction to a panorama that boasts the high peaks of the Sawatch Range beyond and the closer, rugged mosaic of the Lost Creek Wilderness. About another mile ahead, the trail crests at a wide open view of Pikes Peak.

Looping the way we did, the descent is fairly harsh. The path flattens and comes to a ‘Y’; go right downhill, back to the creek crossing and back the way you came.

Getting there: Going west on U.S. 24 to Woodland Park, turn right on Baldwin Street at the McDonald’s. Continue straight until the city maintenance buildings; turn left for the trailhead parking lot.