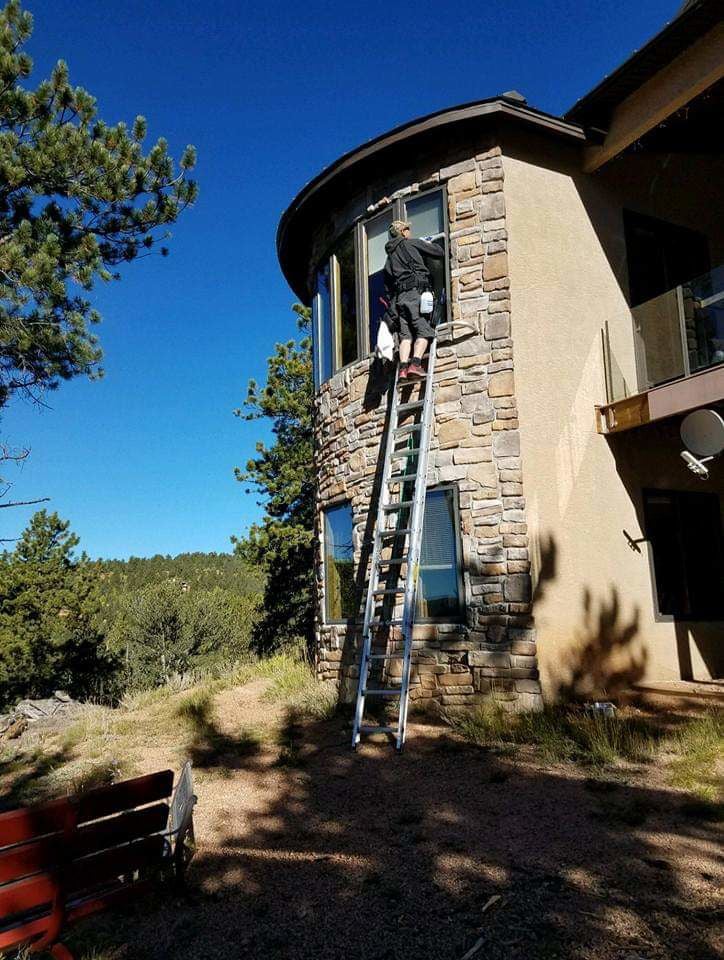 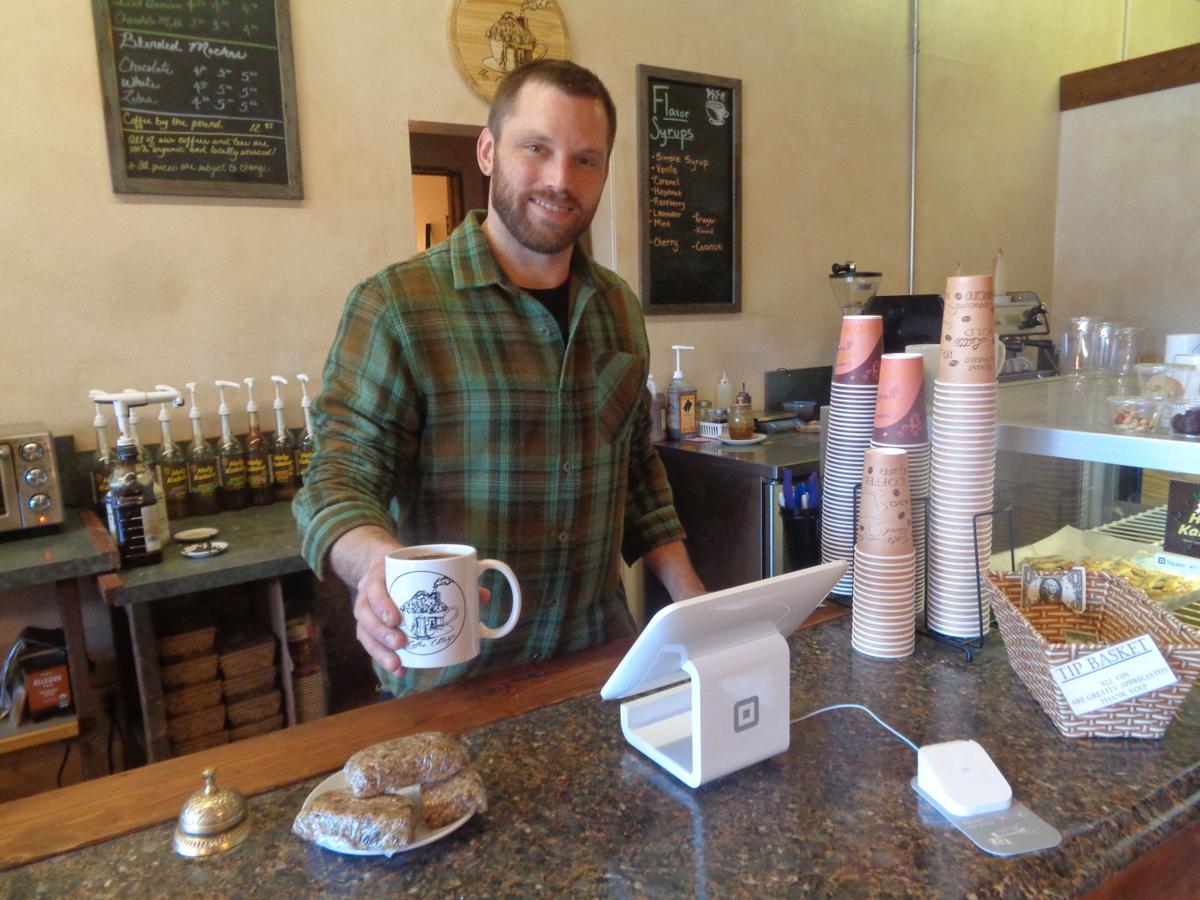 Andrew Naillon serves up a zebra mocha, the brew that brings customers back for more at Coffee Cottage. 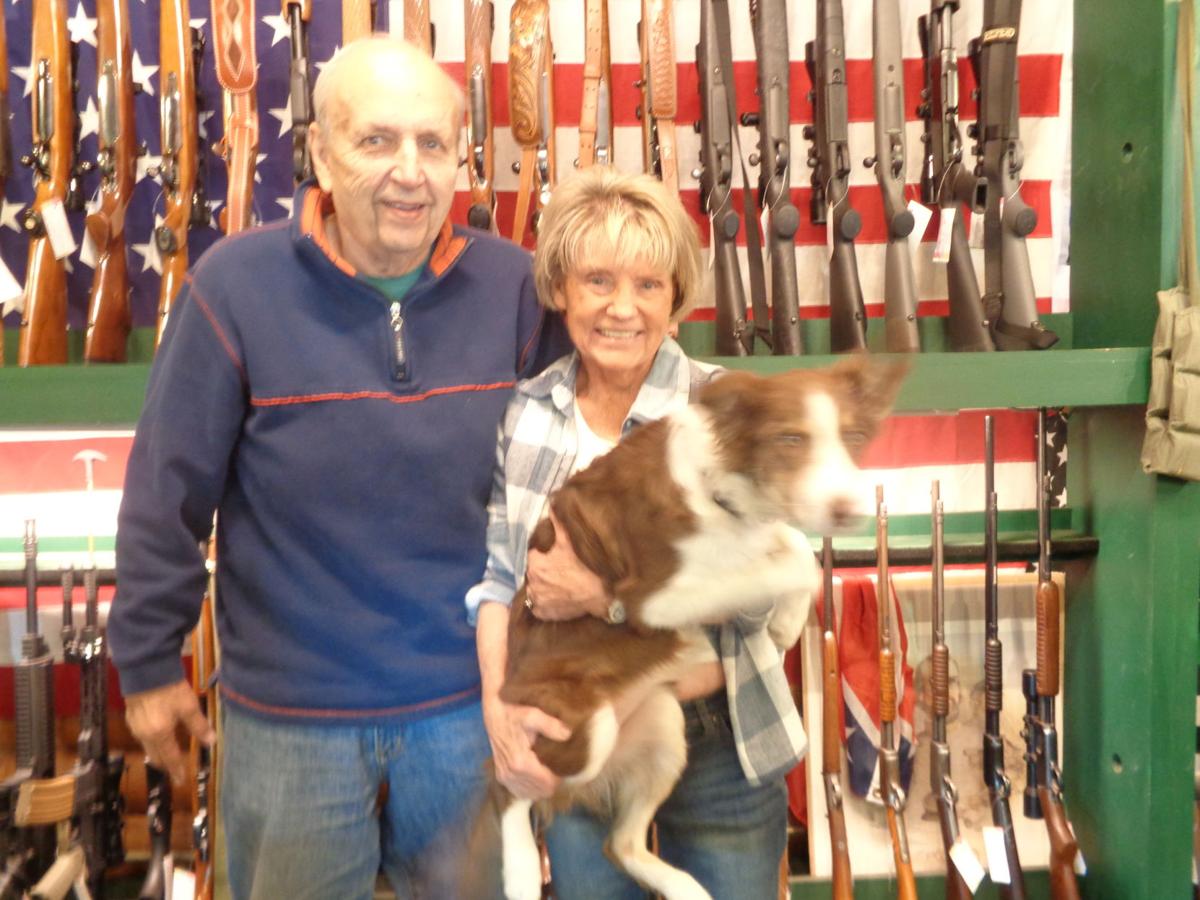 Jon and Lois DeVaux, with Molly, the store mascot, at Alpine Firearms

Andrew Naillon serves up a zebra mocha, the brew that brings customers back for more at Coffee Cottage.

Jon and Lois DeVaux, with Molly, the store mascot, at Alpine Firearms

Editor’s note: This is the latest in a Courier series on Woodland Park-area businesses.

Sometimes the idea to launch a business comes from unexpected places.

For Michael Baumert, a phone conversation sparked a lightbulb moment. “I was talking to my mom and she said, ‘I have to get off the phone, the window guy is here,’” Baumert said. “I’m like, what? You pay somebody to clean your windows?”

Granted, Baumert already had a full-time job with Fred’s Towing in Woodland Park but washing windows, in addition, sounded kind of easy.

“I started You-Tubing, Googling, figuring out the formula for the solution and how to do it,” he said, speaking of the February 2017 beginning of Baumert’s Window Cleaning. “I have a special concoction for the wintertime.”

But along with the idea came the red tape that comes with securing business licenses for Woodland Park, Teller County, Green Mountain Falls and Colorado Springs, in addition to the cost of insuring his truck as well as the business.

Once ready to go, he invested in the ingredients for the window-washing solution, business cards, a couple of ladders and a marketing plan. “I just started going door-to-door to all the commercial businesses,” he said. To capture the attention of homeowners, he advertised on neighborhood website nextdoor.com for the Ute Pass area.

But the learning curve was steep. “I gave my first customer a screamin’ deal,” Baumert said. “That was before I figured out my pricing; I also cleaned the gutters since I was already there.”

Not everybody can be a window washer, with all the hazards attached to doing business on a ladder. But “heights don’t bother me,” Baumert said.

Working during the winter can be brutal, requiring escalated attention to detail. “I was cleaning the windows at Great Clips and started talking to somebody and my squeegee froze on the window,” he said, adding that he “Googled” to find out how to get the thing unstuck.

To accommodate no-time-to-spare clients, Baumert can name a price on the phone from miles away. “I use Zillow or all the real estate sites,” he said. “I do a lot of construction sites in Woodland Park, in addition to working for cleaning companies.”

Just when things were going really well, on Dec. 16, the home that Baumert rented in Cascade burned to the ground, destroyed everything he owned. Since then, donations from the community and the offer of a home in Woodland Park have made life easier for him and his two daughters, who were with their mother the evening of the fire.

Baumert credits Erin Wolfe of Woodland Park for organizing all the donations that were collected at Hardcastle Heating and Air. With the new home and a grand Christmas with his daughters, Keeghan, 9, and Kinslee, 6, he’s back in business. For information, visit Baumertswindowcleaning.com or call 719-482-4396.

“We’re a family gun shop,” said Jon DeVaux who, with his wife, Lois, owns the shop. “We’re a conservative county and we sell a lot of guns, to sportsmen and collectors, so it’s a good community for that.”

The store’s sales reflect the community’s demand. Hunting rifles and handguns are about equal in sales, while AR-15s are about 10% of gun sales.

DeVaux varies the inventory. In addition to guns, the shop carries clothing, outdoor gear, military surplus, and ammunition. “We’ve got the biggest ammo supply probably in the community,” he said. “Walmart has shot themselves in the foot by not allowing people under 21 to buy ammunition.”

In Colorado, the lawful age to buy a gun is 18.

One of Woodland Park’s longtime entrepreneurs, DeVaux is flexible and in tune with fluctuations within markets and local demand. For instance, he started with used cars, opening Alpine Auto just east of downtown. In 2011, he moved the business farther east at the entrance to Woodland Park, only to move again a few years later. “It’s too busy down there; speeds 55 miles per hour — it’s hard to get people to come in,” he said.

If location is the key to attracting customers, the third location at 102 W. Midland Ave. was a charm. “Oh my goodness! It helps because it’s downtown,” he said. “And all that squabble about parking doesn’t bother us at all. Park in the back, park wherever you want. There’s universal parking for everybody downtown.”

In the days of Amazon and shopping by clicking, DeVaux is on it. “We’ve hired a guy to do our online sales,” he said.

For as long as he has been in business in Woodland Park, DeVaux has played host to a bunch of guys, maybe a few women, who come for the store for coffee and stay for the conversation. It’s a Woodland Park tradition.

“We get together and solve all the world’s problems in a matter of an hour or two,” he said. “The problem is they come back the next day so we’ve got something to talk about.”

On a slow day in Woodland Park, as the holiday glow waned and next week was right around the corner, people drifted into The Coffee Cottage in Gold Hill Square South. Some were chatting with friends and some were typing on their laptops while others just stopped in for a cup of joe to go.

Opened in 2018, the shop has established a niche. “We’re a coffee shop, not a café,” said Andrew Naillon, who owns the shop along with his business partner, Leighann Woznica. “We have pastries and the kicker is, they’re gluten-free.”

The coffee shop specializes in organic coffee and espresso by Allegro Coffee Roasters of Denver. “The zebra mocha is big for us — it’s a mixture of white and dark chocolate in a mocha,” Naillon said.

With a steady group of regulars who come in to chat and sip a brew, Naillon believes he’s hit the right blend. “I love the social aspect of it; that’s why we chose to do a small-town coffee shop,” he said. “Everybody has their own personality, their own experiences. We have such a variety of people who come in.”

The partners reflect commitment as well as staying power and a long-range view of opening a business. “When we moved in the new owners of the shopping center were doing the renovations and because of that there was no signage,” Naillon said. “Because we were new, no one knew to look for us here.”

But good luck outweighed all the negatives. “It did help to have a previous coffee shop in this location,” he said. But the best part about the location was that the it’s between two popular restaurants that generate steady foot traffic.

“We lucked out on that one,” Naillon said. “That saved us the first summer we opened. And being next to City Market helps.”

Energized by the shop’s initial success, the two are planning improvements that include remodeling and incorporating an updated interior design in addition to opening up the back room for study groups or conferences, and another room for a library setting.

The Coffee Cottage is open seven days, beginning at 6 a.m. “Every day of the week is a coffee day,” Naillon said.