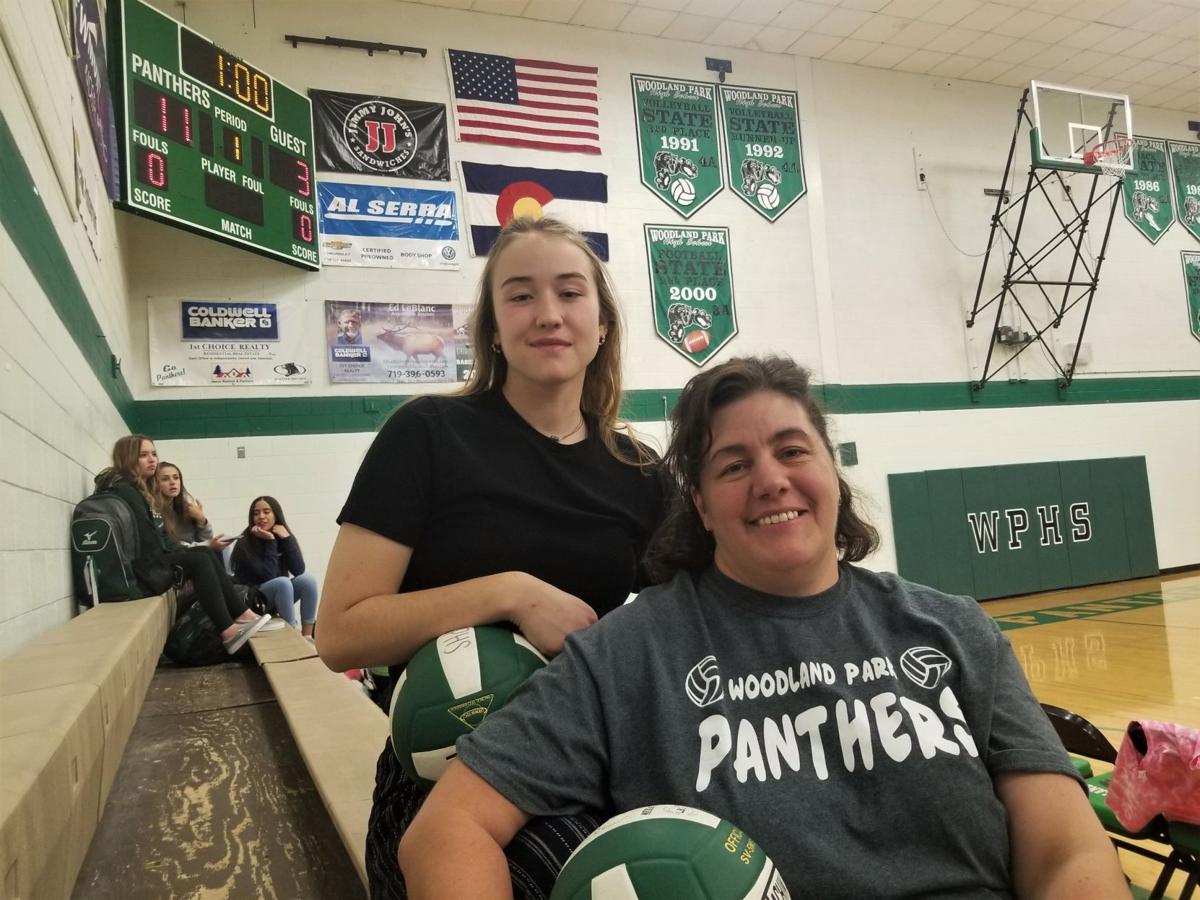 Sarah Garner left, and her mother, Tami Garner, have shared many great volleyball memories over the last four years. Sarah is the team’s star middle blocker, while her mother is an assistant coach. Tami is a 1991 Woodland Park graduate and the star of the 1990 Panthers’ team. 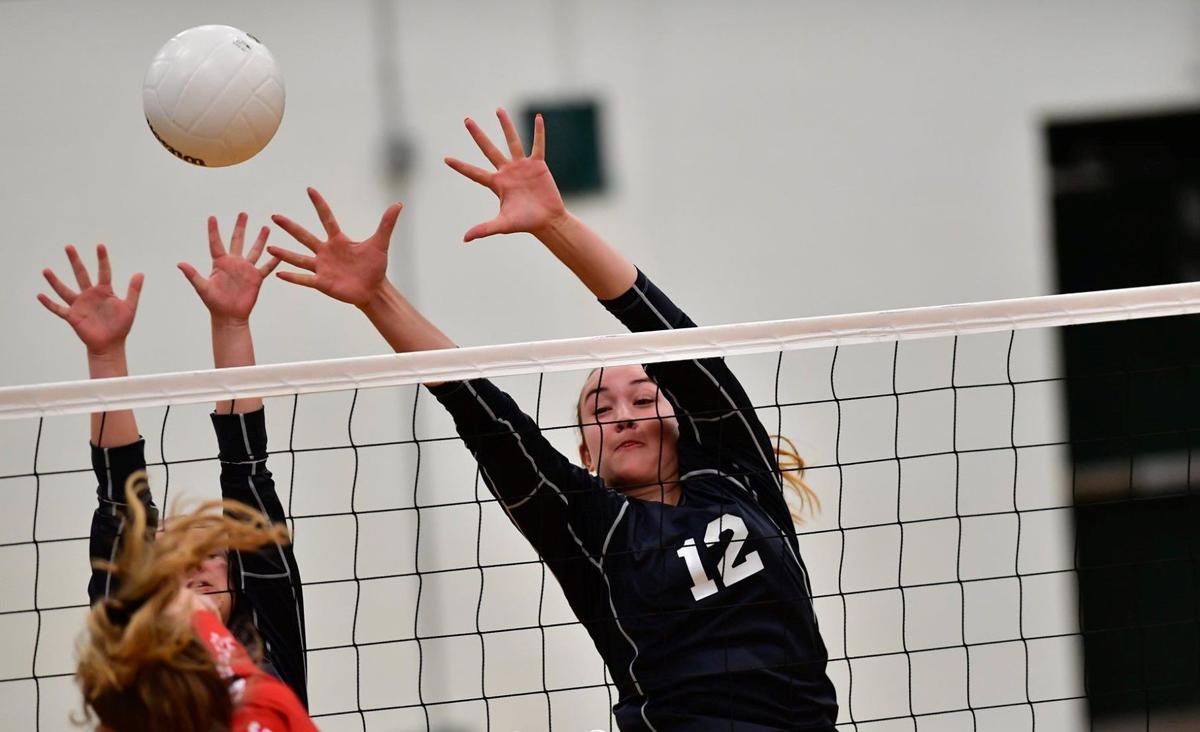 Woodland Park senior Sarah Garner, No. 12, is a big reason why the Panthers are in a position to qualify for their first state tournament in 27 years.

Sarah Garner left, and her mother, Tami Garner, have shared many great volleyball memories over the last four years. Sarah is the team’s star middle blocker, while her mother is an assistant coach. Tami is a 1991 Woodland Park graduate and the star of the 1990 Panthers’ team.

Woodland Park senior Sarah Garner, No. 12, is a big reason why the Panthers are in a position to qualify for their first state tournament in 27 years.

The world was a much different place in November 1992, the last time a Woodland Park volleyball team was in the state tournament.

George H.W. Bush was in the middle of his Presidency. The Toronto Blue Jays were World Series champions. And the top-grossing movie of the year was “Batman Returns,” with Michael Keaton playing the role of the Caped Crusader.

The Panthers were Class 4A state runners-up that fall, finishing a solid three-year run in which they finished third in 1991 and fifth in 1990.

The star of that 1990 team was Tami Woodward, now Tami Garner. Twenty-nine years later, her daughter, Sarah, is leading the way for the Panthers as they pursue their dream of making the state tournament and walking away with the top prize.

“That would be incredible,” Sarah Garner said.

Sarah is a 6-foot middle blocker and four-year starter and every bit as good her stats indicate. She leads the team in kills and blocks, among other key categories.

Sarah recently committed to playing Division II volleyball for the University of Colorado at Colorado Springs. She is expected to sign during the national letter of intent day on Nov. 13. Sarah will graduate from Woodland Park in December and begin classes at UCCS in January.

Tami Garner has been a Panthers’ assistant coach for seven seasons. She is the program’s head C squad coach.

In her day, Tami was a tenacious 5-8 outside hitter who intimidated opponents with her lethal rocket shots. Tami still holds several school records, including career kills.

“I heard she broke some faces back in the day,” said Woodland Park senior setter Karly Purkey said of Tami.

Sarah Garner has heard many stories of her mom’s glory days as Panther.

“My grandma gave me a stack of pictures of my mom from high school playing volleyball and I have those pictures in my room,” Sarah said. “It’s funny hearing stories about her because we’re alike in so many ways, but different on the court.”

Tami Garner has fond memories of her playing days. She was a senior on that 1990 team, coached by the legendary Vicki Cusimano.

“We were good, but the players today are a lot further along,” Tami Garner said. “The game has advanced in so many ways.

“If I was able to play (Sarah’s) level then I think my game would have been totally different.”

Sarah Garner is the only girl of six siblings in her family.

“Having five brothers, Sarah has a distinctive drive,” Tami said with a smile. “She wrestled up until fifth grade and started playing volleyball in fourth grade.”

“She encourages me to be who I am on the court and don’t let my fears get to me,” Roshek said.

The Panthers (16-1, 7-0 in the Class 4A Metro League) are looking to win the program’s first conference championship since 1992. They can clinch the title with a victory over Mesa Ridge on Thursday during Senior Night.

The Panthers’ lone loss was to Discovery Canyon, a top-five team in the CHSAA RPI standings.

The Panthers are also hoping to host a regional for the second year in a row. The top 12 teams in the RPI standings host. Woodland Park has fluctuated between No. 9 and No. 14 the last few weeks. The Panthers were as high as No. 1 earlier this season, but their weak conference has hurt them in the standings.

The Panthers hosted a regional last year for the first time since 1992, and came within a game of advancing to state.

This year’s regionals are scheduled for Nov. 9.

“We’re so close again this year,” Sarah said. “We have to do it for ourselves and for those Woodland Park teams from the past.”

Woodland Park senior outside hitter Delaney Battin said she hopes this year’s team can add a banner or two to the gymnasium wall.

“That would make my whole year,” Battin said. “Going to state my senior year would be amazing.”

Woodland Park closes out its regular season on Saturday, Nov. 2 in the Manitou Springs Tournament.

“There will be some better teams in the Manitou Springs Tournament and that should boost our RPI,” Woodland Park coach Stacy Roshek said. “We’ve been ready for this kind of run for a couple of years now.”