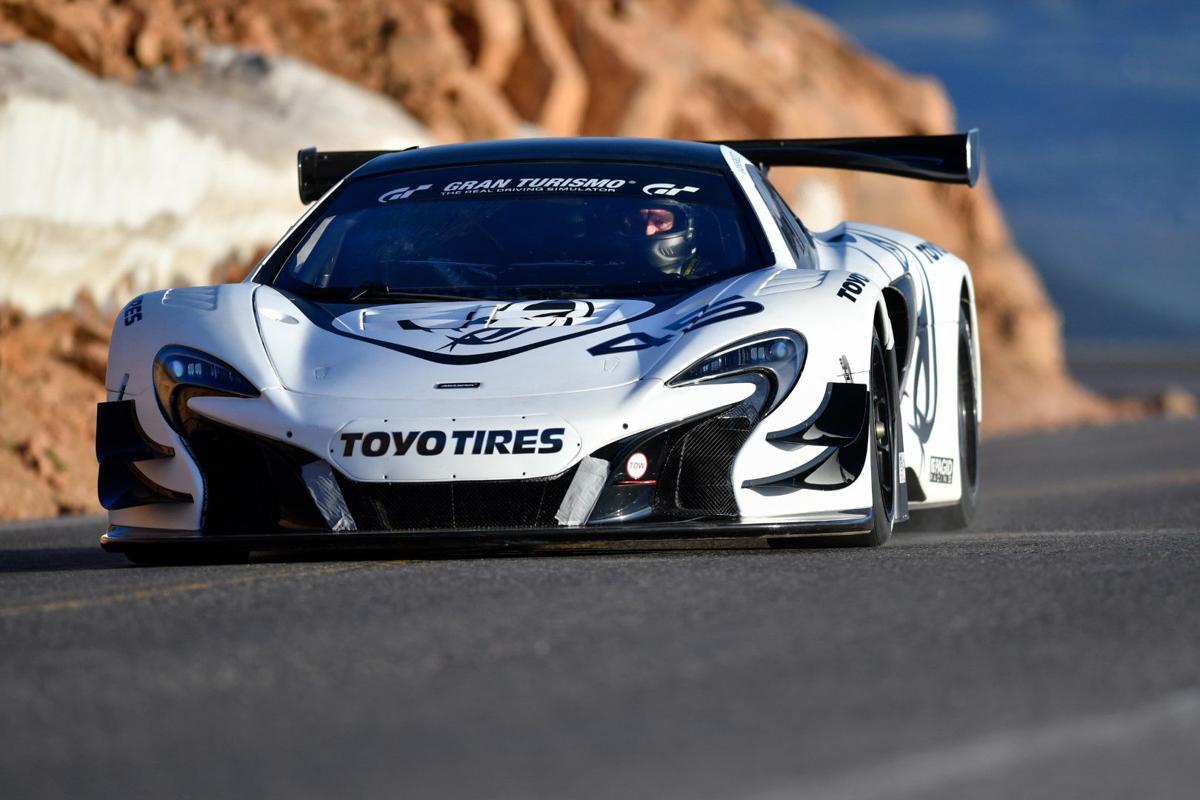 Clint Vahsholtz, in his 2014 McLaren 650S, finished second in the Time Attack I Class June 30 during the 97th running of the Pikes Peak International Hill Climb. 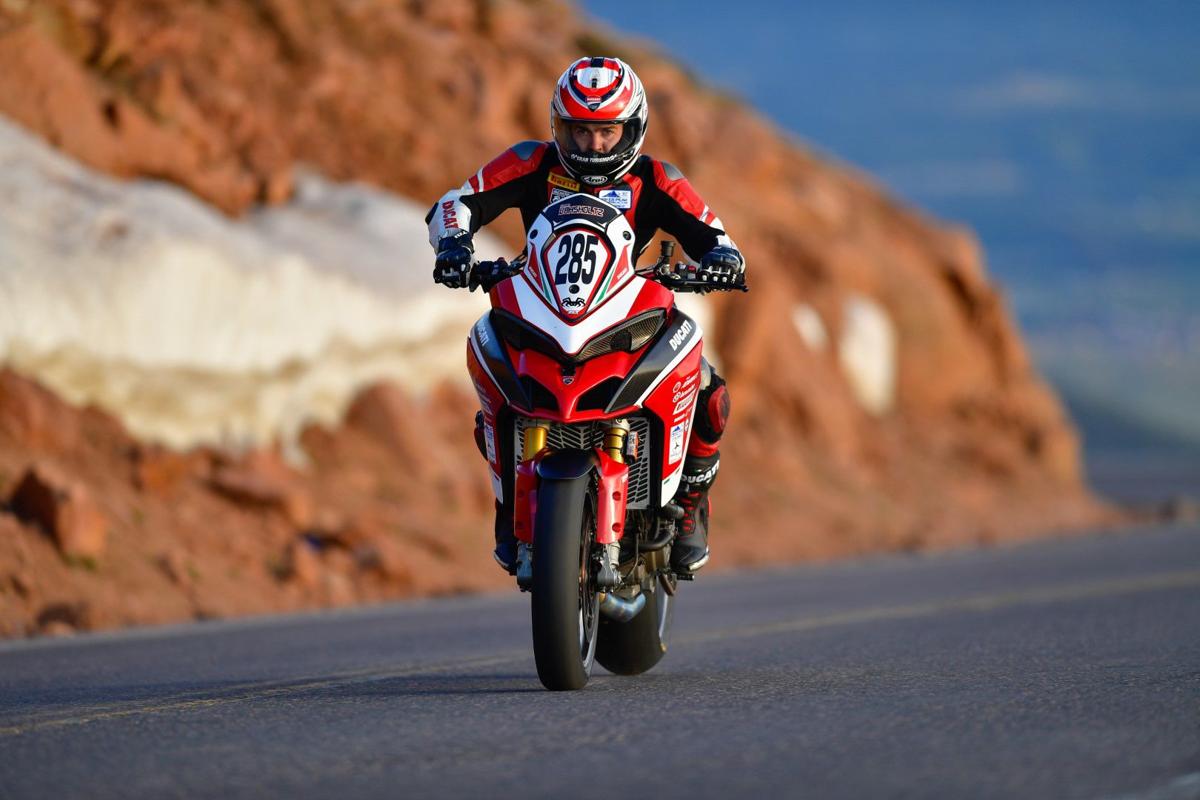 Clint Vahsholtz, in his 2014 McLaren 650S, finished second in the Time Attack I Class June 30 during the 97th running of the Pikes Peak International Hill Climb.

The father-son duo of Clint and Codie Vahsholtz — both Woodland Park natives — each had to settle for second-best on Sunday during the 97th running of the famed Pikes Peak International Hill Climb.

Astier, a Frenchman driving a 2017 Porsche 911 GT3 Cup Turbo, finished second overall among all drivers and riders on the day behind Great Britain’s Robin Stute (9:12.476). Stute won the King of the Mountain title in the Unlimited Class driving a 2018 Wolf TSC-Honda.

Codie finished second in the heavyweight motorcycle class. His time of 10:03.908 was nine seconds better than he ran last year, which was his previous all-time best. But Codie finished 19 seconds back of Australia’s Rennie Scaysbrook (9:44.968) in the class.

Clint, the all-time Hill Climb record holder with 23 class wins in a car and motorcycle, said he could have run a faster time had it not been for factors out of his control. He was forced to restart after a red flag came out when he was just short of 16 Mile. The driver ahead of him, Daijiro Yoshihara, a rookie, was not able to continue due to mechanical problems after veering too wide on the track. Race officials were forced to pull out the red flag.

“I leaned on it so hard in the first run it got hot,” a disappointed Clint said after he reached the summit of the 14,115-foot mountain. “The car was definitely quicker than it showed today, had we got that first run in.”

Clint navigated the 12.42-mile course with 156 perilous turns in his Flying Lizard Motorsports car with near perfection, just like he had since competing in his first race in 1992. He bettered his time from last year (when he drove a 2013 McLaren) by four seconds. He fell 13 seconds of his all-time best mark set in 2017 in the Open Wheel Class.

“When you drive a turbo car when it gets warm, it gets lazy, and that’s what happened today,” he said. “We should have been in the low 40s.”

Clint hit a speed of 122 mph through Picnic Grounds, a straightaway where drivers and riders excel quickly. The only sign of trouble he had was at Bottomless Pit, when sheep ran across the road before he got there.

“(Race officials) cleared them out of the way so it wasn’t a worry,” he said.

Codie turned in his all-time best time, but Scaysbrook registered the all-time best mark of any motorcycle rider in the history of the illustrious race, which began in 1916. After the race, an exuberant Scaysbrook talked with reporters on the summit and credited Codie with helping push him to his memorable ride.

“When we saw what Codie was doing this week our objective was to go against him,” Scaysbrook said. “I don’t know what he was sprinkling on his breakfast, but congrats to him.”

Scaysbrook knew he had a great run, but was surprised that he broke by five seconds the record that belonged to Chris Fillmore, who was waiting for Scaysbrook at the top. When he found him, Fillmore gave Scaysbrook a congratulatory hug.

“Pikes Peak is an absolutely magical place to ride a motorbike,” Scaysbrook said. “Today was the absolute culmination of a complete obsession.”

Codie had a solid run in his ninth trip up Pikes Peak. He was clocked at 118 mph through Picnic Grounds atop his 2019 Ducati MTS-1260.

The Unsers are considered racing royalty. Among the unofficial names of Pikes Peak is “Unser Mountain.”

“Things have changed a lot in this race,” said Al Unser Sr., who competed in his first Hill Climb in 1960 at age 21. “It’s a whole different race from what it was when it was all gravel.”

Driving a 2018 Aprilia Tuono V4 1100, Rennie Scaysbrook was the fastest overall motorcyclist across all classes at The Broadmoor Pikes Peak In…