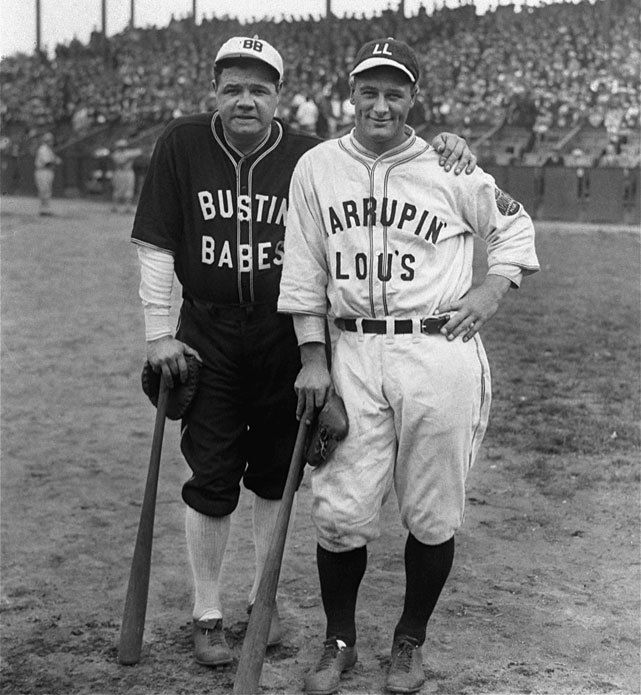 Before we look ahead, let’s look back on an event that occurred 100 years ago that changed the sports landscape in America.

On Jan. 5, 1920, Boston Red Sox owner Harry Frazee announced that he had sold Babe Ruth to the New York Yankees for $125,000. Most reports show that the sale actually occurred on Dec. 26, 1919, but Frazee waited until the new year to tell the press.

Ruth’s sale, along with his $25,000 contract for the 1920 season, will forever go down as a huge reason why the Yankees have become the most successful American pro or college franchise over the last 100 years. Ruth’s departure also signaled the beginning of decades of frustration for the Red Sox known as the “Curse of the Bambino.”

Twenty years after his sale to the Yankees, and five years following his retirement, Ruth spent a week in Colorado Springs in July 1940. He stayed at The Broadmoor with his wife, Claire, and put on a hitting exhibition in town. He also toured the area, visiting such places as Bear Creek Canyon, High Drive, Garden of the Gods and Seven Falls. He spent time with kids at the Myron Stratton Home and played a round of golf at The Broadmoor.

The Babe also put on a hitting exhibition in Pueblo at Runyon Field during his time here.

Thirteen years earlier, in 1927, following his record-setting 60-homer season, the Babe and Yankees teammate Lou Gehrig went on a three-week postseason exhibition tour that included a stop in Denver. Ruth’s team was called the “Bustin’ Babes,” while Gehrig’s team was known as the “Larrupin’ Lous.” The Babe hit a home run off Gehrig in the game played in Denver.

Some other things to consider:

• Don Larsen, the only man to ever pitch a perfect game in postseason history, died on Jan. 1 at the age of 90. Larsen pitched his gem for the Yankees on Oct. 8, 1956, against the Brooklyn Dodgers in Game 5 of the World Series. I had the honor of interviewing Larsen in the early 1990s when I caught up with him at an old-timer’s game in Anaheim. He and I talked about his perfect game, but in later years he was less interested in sharing his memories about that game and more inclined to talk about getting sober and forgiving himself. He said the only thing that matters in one’s life is progress and becoming a better human being.

• When was the last time a Lewis-Palmer boys’ basketball team was not in the top 10 of the CHSAA RPI standings? Never, until this year. The RPI standings have been in effect since the 2016-17 season and the Rangers have always been in the top 10. The Rangers lost in the Class 4A state finals that season. They also lost in the finals in 2017-18. Lewis-Palmer won the state title last year by going 28-0. This year’s team is 5-2 and was 15th in the RPI standings as of Jan. 4.

• I always enjoy watching the Rose Bowl and love it when Chris Fowler calls the game on ESPN. Fowler, in case you are not aware, is a 1980 Palmer High School graduate, He has worked for ESPN in various capacities since 1986. He is also a graduate of the University of Colorado.

• If you are a fan of outdoor hockey, you won’t want to miss the chance to watch two, perhaps three, upcoming outdoor games. On Jan. 24, Woodland Park High School will host Coronado at Meadow Wood Park in an 8 p.m. start. The event is known as the “Winter Classic.” On Feb. 15, the Colorado Avalanche will host the Los Angeles Kings in a game at Air Force Academy’s Falcon Stadium. The game is part of the NHL Stadium Series. The puck drops at 6 p.m. The Air Force and Colorado College are tentatively scheduled to play a game Feb. 17 on the same sheet of ice at Falcon Stadium. As of this writing, details of that game have not been announced.

• Did you know that Vince Lombardi had verbally agreed to become the Air Force Academy’s first-ever football coach? According to author David Maraniss in his book “When Pride Still Mattered: A Life of Vince Lombardi,” the Newark Star-Ledger ran a story in 1954 in which the paper reported that Lombardi had agreed to become the Falcons’ first head coach. Lombardi was an assistant coach at West Point from 1949-53 and resigned following that season. Ultimately, Maraniss writes, Lombardi decided to turn down Air Force to become an assistant coach with the NFL’s New York Giants. Lawrence “Buck” Shaw, who had originally said he would take the Air Force job, put his hat back in the ring and was announced as the Falcons’ first head coach.