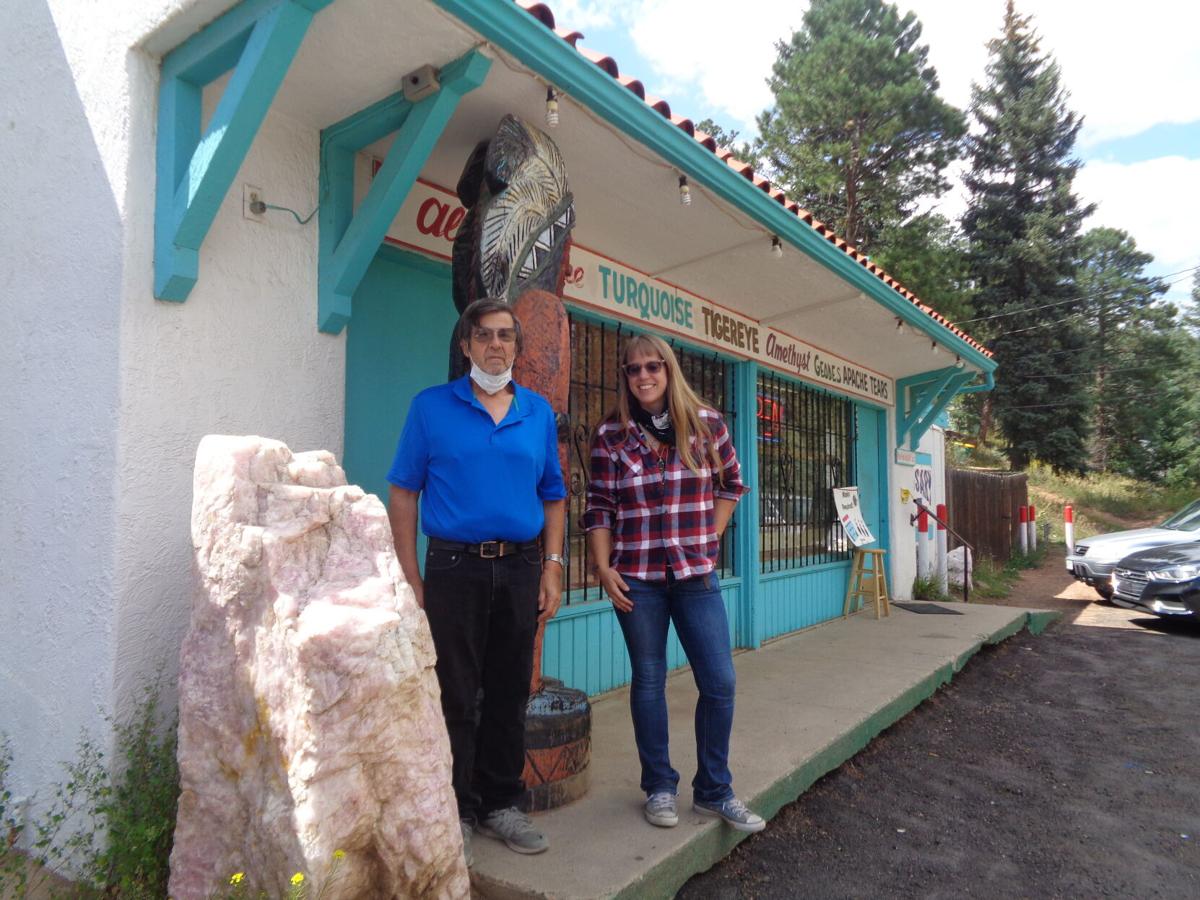 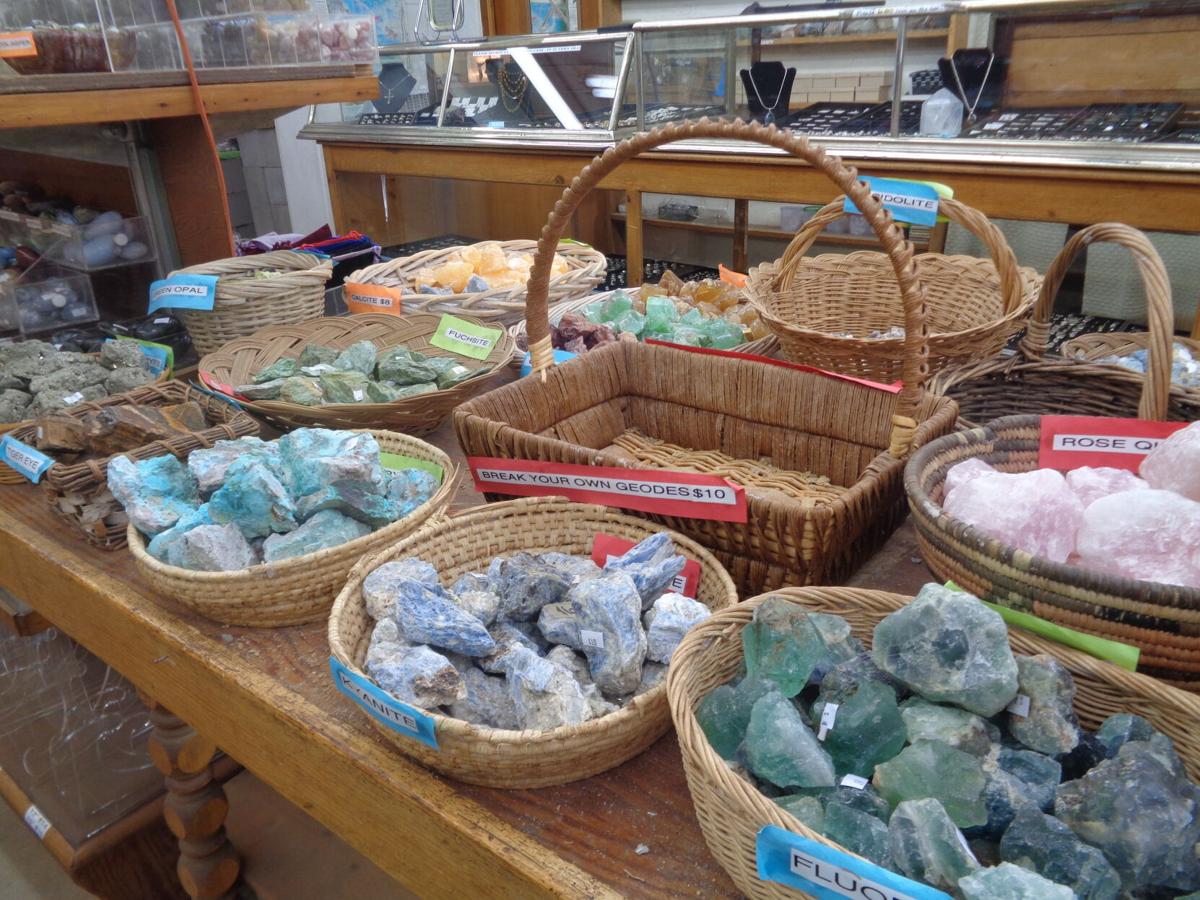 Glen Engle, the owner of Pikes Peak Rock Shop in Cascade, has a gallery of minerals to enhance the shopping experience. 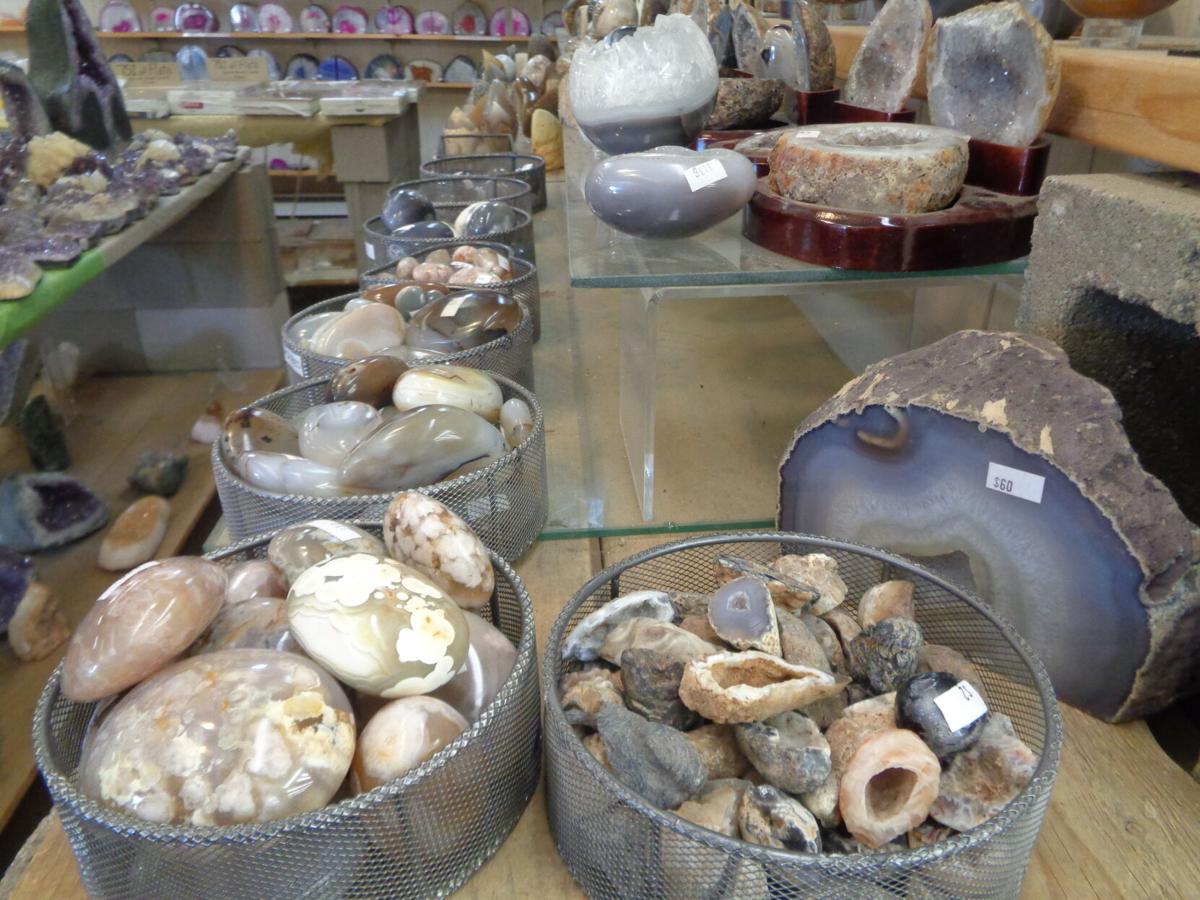 Browsing through the Pikes Peak Rock Shop is an adventure through minerals from countries around the world.

Glen Engle, the owner of Pikes Peak Rock Shop in Cascade, has a gallery of minerals to enhance the shopping experience.

Browsing through the Pikes Peak Rock Shop is an adventure through minerals from countries around the world.

In the small community of Cascade, the Pikes Peak Rock Shop is an international market for minerals and fossils from all over the world.

The owner, Glen Engle, travels the globe, interacting with stone cutters in countries that include Brazil, China, Madagascar, Morocco, Italy and Mexico. “You have go as direct as you can. You can’t sell right if you don’t buy right,” he said.

Engle has been shopping around the globe and selling his finds for 40 years at the shop he bought in 1980. “Occasionally, I’ll have customers who come in and say they were here when they were little,” Engle said.

The exterior is distinctive, with the large statue of a Native American next to an enormous piece of rose quartz.

Inside, the shop offers an adventure through geology, history and archaeology. From minerals such as labradorite, iron pyrite (fool’s gold), ruby, amethyst, agates and amazonite to ammonite, the extinct marine mollusc, Engle’s inventory tells stories. “The ammonites are 300 million years old,” he said.

Engle also collects and markets Native American art and jewelry, most of which he carries in his other shop, Southwest Silver Company, in Manitou Springs,

Forced to be nimble during the initial shutdown due to the coronavirus pandemic, Engle began selling online on Instagram (instagram.com/pikespeakrockshop/). But he found the online market to be not as fulfilling as his in-person meetings with the stone cutters in foreign lands.

“The more you travel and see other cultures it makes you a much more open-minded person,” he said. “I’ve built relationships and friendships with all the people I do business with.”

Engle employs six in the Cascade shop, whose manager is Jaime Votaw-Barnes. “We have locals who keep us afloat during the off-season,” he said. “A lot of people really enjoy minerals.”

The Pikes Peak Rock Shop is open seven days all year, with the exception of snowstorm days. Learn more at pikespeakrock.com.