What remained on Colorado Springs store shelves during the height of the pet food shortage in mid-November 2021, provided great insight into the palates of American pets. 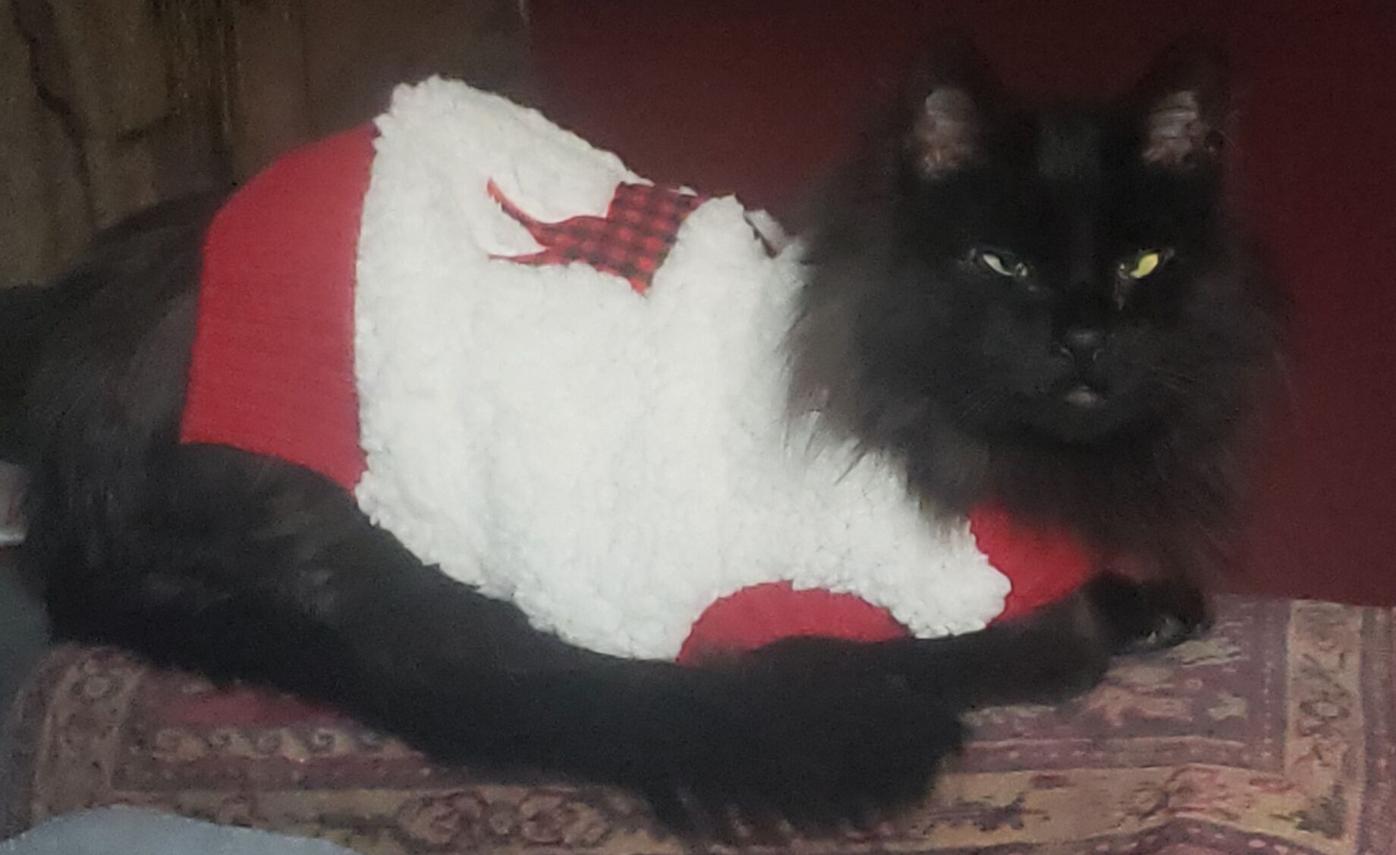 Squeaky Jay Earls was a picky eater even before he had to have all his teeth pulled. Pet food shortages haven't changed that one bit. (And yes, his eyes are crossed.)

My 10-year-old rescue cat, Squeak, has no teeth. I had to have them all pulled, even the tiny smilers in front, because of chronic infections that were driving up his blood sugar and causing diabetes.

Even so, he managed to kill a mouse the other day. It was a bloodless death and I have no idea how he pulled it off (strangling/smothering? Fear-induced coronary?). I found him in the kitchen standing over the spit-slicked body, a domestic predator at the crossroads of instinct and feline dentistry.

He looked up at me as if to say, It appears as though this snacktoy is wearing some kind of invisible armor that renders it unchewable.

Rodent smoothie not being an option, and now a phrase I regret ever typing, I gave the creature a pauper’s burial behind the compost bin and went back inside to inventory the dwindling supply of cat food.

It was encouraging to know that a native food source remained if worse came to worse and the nationwide pet food shortage drags on.

Squeak grew up cold and hungry under an abandoned house in upstate New York.

Even after a decade of the good life with me, in his mind starvation always looms — a fear, I guess, is understandable if you have no thumbs, never leave the house and are completely reliant on the one human who doesn’t send you darting under a bed.

He was a super-picky eater even before necessity required a low-carb, wet food diet.

Acceptable: Turkey and Giblets (purple), if mushed with a fork and served with a back-scratch.

NEVER EVER: Shredded morsels or meaty filets in gravy. Squeak might be too weak from hunger to move, but he’d still manage to turn up his nose at a can of that stuff. A cat’s got his standards.

As the pandemic pet food shortage has revealed, he’s not the only one.

AARP wrote about the crunch in March, as workforce shortages and manufacturing delays combined with a pandemic pet adoption boom to create a perfect storm sweeping store shelves nationwide.

People were stocking up and hoarding pet food. Those who hadn't, and couldn't get the food their pet needed or liked, had turned to home-cooked meals of chicken and rice, served on the floor.

I didn’t start to feel the effects in Colorado Springs until late summer, when the canned cat food supply at my local Safeway began to dwindle — and stay sparse. By mid-November, all that remained were a few cans of purple-label pate … and a few months’ supply of (the dreaded) shredded morsels in gravy.

“Whose cat even eats that?” I asked the employee at customer service, as we waited for a boss who could answer my questions.

“My cat likes the shredded,” said the woman. “I guess I’m lucky.”

The store manager didn’t have good news: His supplier couldn’t get more. His store wasn’t the only retailer dealing with the crunch, and getting heat from increasingly panicky pet owners.

“I don’t know what to say, other than sorry … and keep checking back,” he said.

Where the good stuff could still be found, it came with a steep price. I had to cancel Amazon auto-delivery of Squeak’s pate favorites after the price for a 40-pack jumped by more than $30. It's now unavailable from any third-party seller on the site.

Paucity of potty paper or cream cheese? Substitutions can be made in a pinch.

Swap out your pet’s traditional meal, though, the repercussions for both of you could be more than just emotional.

Generally speaking, veterinarians caution against making abrupt changes in pets’ diets. This is especially true for pets who are on those diets for health reasons, like Squeak.

Fortunately, I did keep checking back … and a few weeks later happened to be shopping early one morning when two lonely 24-packs of good/acceptable canned Friskies pate found their way onto an otherwise barren shelf.

I felt a little bad for buying both, but then I reminded myself who I was doing it for.

Stephanie Earls is a cat and dog owner and a features writer for The Gazette.