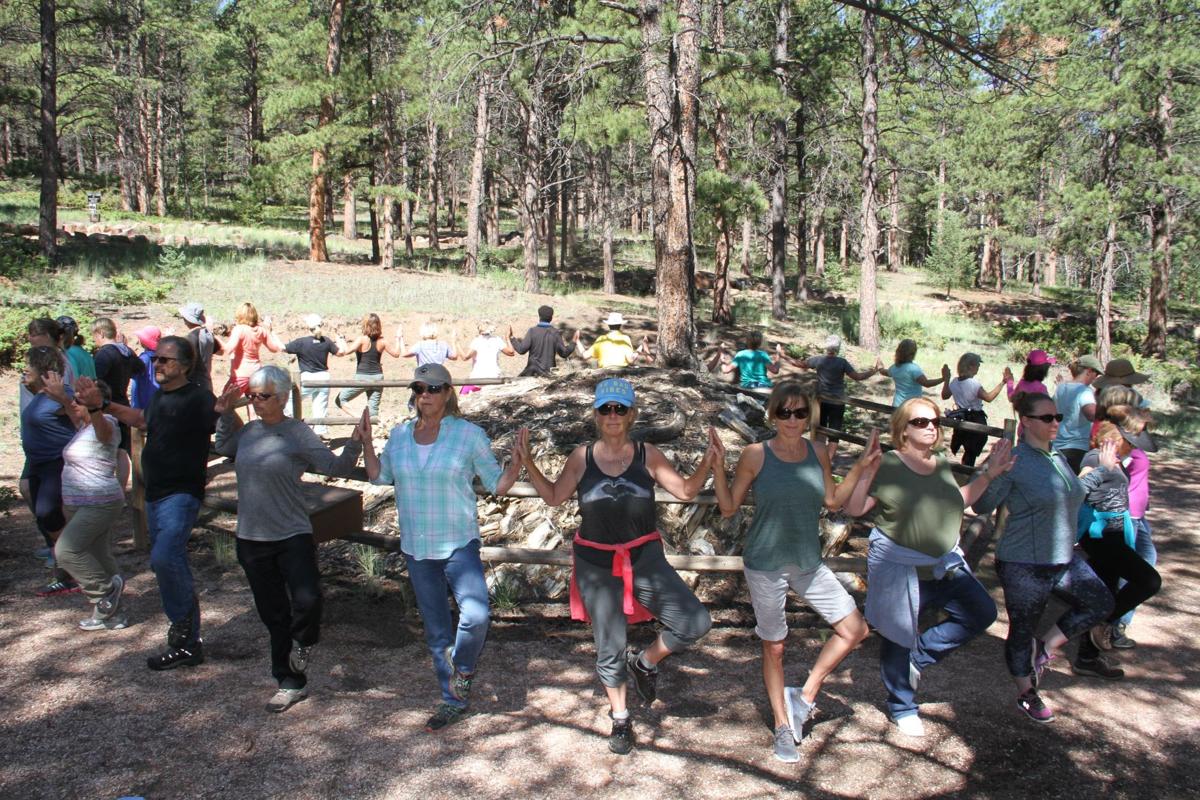 Yoga devotees encircle a ponderosa pine to honor the earth and creation during a yoga hike in July at Florissant Fossil Beds National Monument. 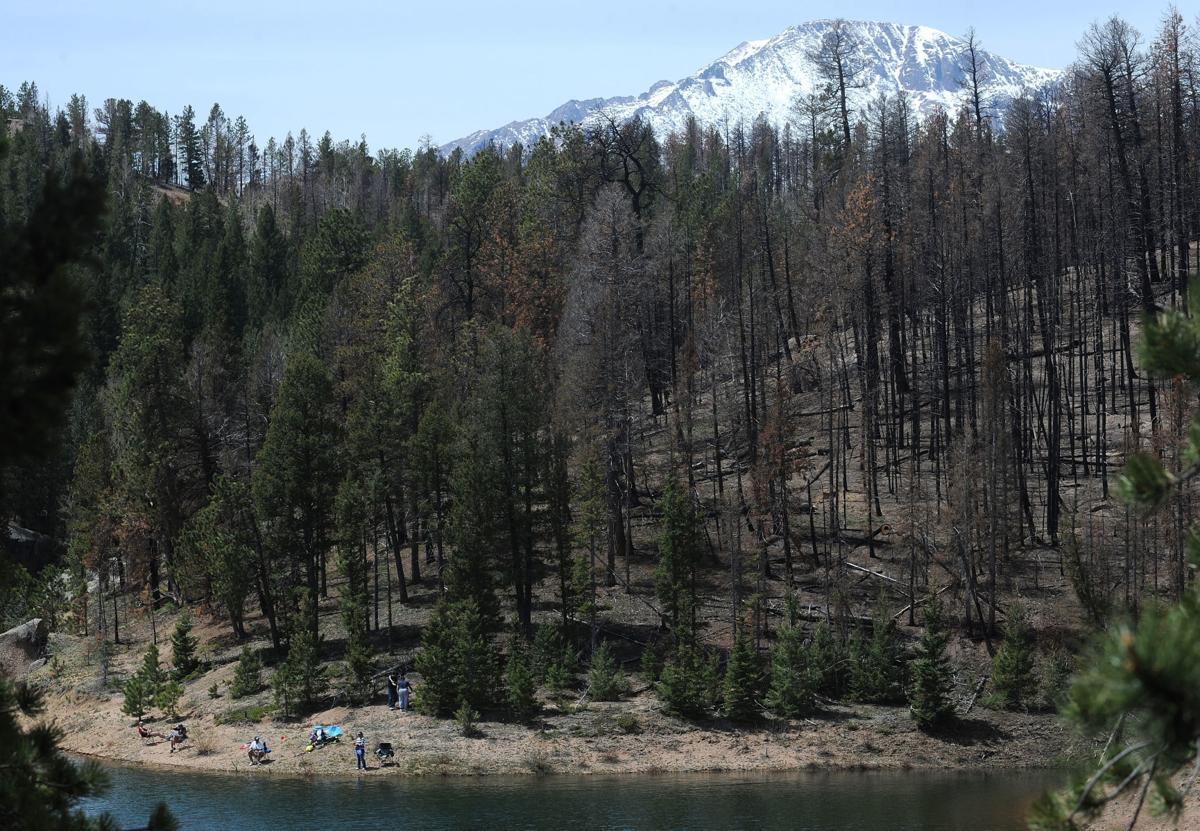 Pikes Peak as seen from the Rampart Reservoir Trail.

Yoga devotees encircle a ponderosa pine to honor the earth and creation during a yoga hike in July at Florissant Fossil Beds National Monument.

Pikes Peak as seen from the Rampart Reservoir Trail.

Our secret is out. The jig is up. They know about us.

The newspaper that is considered to be the best in the country (not just by me) — The New York Times — ranked Colorado Springs 13th on its list of “52 Places to Visit in 2020.”

I know there may be some of you shaking your heads right now and thinking, “Well, I’m not in Colorado Springs!” Hear me out.

I say it’s our entire Pikes Peak region (yes, that includes you, Woodland Park, Divide, Cripple Creek, Florissant, Victor) that’s the draw. It’s No. 1 on my list. I’ve literally bet my life on it.

Among the U.S. cities in this global list, Colorado Springs follows list-topping Washington, D.C., and sixth-ranked Paso Robles, Calif. as the third-highest-ranked U.S. “place” among seven included in this selection. The Springs is wedged between No. 12 Lesotho — a kingdom in Southern Africa — and No. 14, Krakow Poland. Pretty exotic bedfellows!

I don’t disagree with the No. 1 overall and American destination, D.C. I love visiting our nation’s capital, but have you seen the traffic there lately? No thanks!

Scroll down to No. 13, and there, under a video of a guy zip-lining, is Olympic City USA. “The new Olympics museum is only one draw,” says the tagline. Also getting a shoutout: the new Pikes Peak Summit House and businesses Nightingale Bread, Four by Brother Luck and The Broadmoor*.

Just as a sidenote: Colorado Springs beat Paris in the NYT list. It’s No. 31.

But let’s delve into what’s not in the fine print under No. 13 Colorado Springs. There’s plenty to boast about in Teller County. What would you say are the biggest attractions here?

What comes to my mind first is “the other side of Pikes Peak.” That’s what I called the view of America’s Mountain when I first glimpsed from that vantage point it from a hiking trail in Divide. My friend, who lives there, quipped, “Oh, you mean the front side?!” Our backyard 14er is gorgeous. It’s breathtaking from any angle, but the view from basically anyplace in Teller is just amazing. I envy the middle- and high-school students of Woodland Park who get this view every school day, when all I got to see from my central Pennsylvania high school was the 2,000-foot Mt. Nittany.

Next, I’m gonna have to say Mueller, Eleven Mile and Spinney Mountain state parks, all stunning places to explore in their own right. I’ll lump in the Rampart Reservoir Recreation Area. Managed by the U.S. Forest Service, this beautiful public recreation space at an altitude of 9,200 feet is a four-season wonderland.

And let’s not forget Florissant Fossil Beds National Monument. As Courier reporter Pat Hill put it in an Aug. 28 story about the Monument’s 50th anniversary, it “might be ancient, but the national park is on the cutting edge of geo-heritage tourism.” It’s a place to discover petrified redwood stumps millions of years old. Also, they offer yoga hikes and many other cool programs throughout the year.

Picturesque and quaint mountain mining towns City of Cripple Creek and City of Victor are hidden gems. Next time I’m in the area I want to take the trolley tour.

As for businesses, I still have many to explore before I make any judgments. But I will share that I’ve enjoyed many a good meal at McGinty’s Wood Oven Pub in Divide. I also am a fan of the sour beers and charcuterie at its neighbor, Paradox Beer Co. And the daily specials and outdoor patio at Swiss Chalet Restaurant in Woodland Park are tough to pass up, for sure.

Being relatively new to this area, I’m still a tourist in Teller County. I’m sure I’ve skipped over some of your go-to getaway spots. Let’s hear your favorite “secret” spots. This is where I give a nod to The Courier’s third annual “Best of Teller” contest coming up this spring. Look for details on making nominations in the warmer months and have your say.