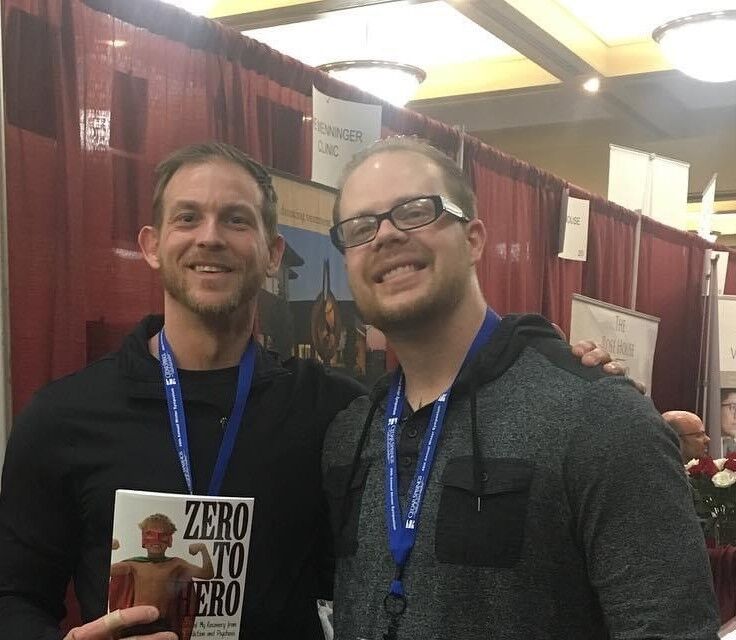 Friends Rob Decker and Nate Wilson share a passion for health and fitness. 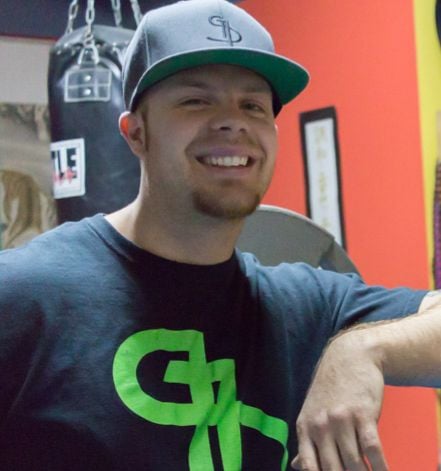 Friends Rob Decker and Nate Wilson share a passion for health and fitness.

Many of us have faced serious injuries before: Car accidents, sports injuries or overexertion at work are all common mishaps in our American lives. From a different perspective Rob Decker attempted suicide by jumping out of a three-story window and hitting the ground at approximately 25 mph.

Rob didn’t end his life, but he did sever his back at the L-2, shattered his left arm, broke his right wrist and collapsed his left lung. Rob, who collaborated with me in writing this column, wanted to communicate his story to inspire others to believe that they can heal from severe injuries, and also to deter others away from suicide and substance use. Rob is now a personal trainer in Colorado Springs and close friend.

When Rob was recovering from his injuries, he says it was critical that he used mindfulness over fear when doing his physical therapy and using fitness to rebound from his life-altering injuries. He says it’s important to be aware of what your body is capable of and know where the boundaries are instead of straying from physical activity and movement all together.

One of the biggest factors in Rob’s recovery was knowing the difference between discomfort and pain when engaging in exercise. Rob says focusing on the right foods to decrease inflammation and staying hydrated are essential to success.

A common mistake people make when they are injured is restricting caloric intake too much and eating foods that cause inflammation. Restricting your calories too much can lead to “Low Energy Availability” and inhibit healing. On the flipside, many find it desirable to overeat and also choose “comfort foods” that increase inflammation, thus increase pain.

It’s important to have plenty of protein, as inactivity for as little as 36 hours can lead to muscle atrophy. Eating foods that are high in fiber and contain lots of vitamins like vegetables and fruits will aid in recovery as well. Specifically, beets and turmeric help the body produce nitric oxide, which is a vasodilator and expands blood vessels allowing for more efficient circulation and less inflammation. Staying hydrated also helps for better circulation and decreases chances of blood clots due to inactivity. Water helps blood circulation, which is essential to getting nutrients to wounds, breaks, adhesions or other sites of injury.

Rob also mentioned that he had to maintain faith that he would get better, especially at the very beginning. “Some days it was like I would take three steps back after taking one step forward the day before. I just had to trust the process.”

Rob’s process included setting both short-term and long-term goals. Setting short term goals gave him the small wins to build his confidence, but eventually took him down the path to long-term success. Because of his persistence and vigor, Rob eventually achieved a goal of deadlifting 405 pounds. Deadlifting is a full body movement that requires tons of force production from the back and legs. Rob now works out five or six times a week and owns an in-home fitness studio in Colorado Springs called Kingdom F.I.T., where he trains and helps others.

To put Rob’s injuries into perspective, he gave me some insight as to what his neurosurgeon told him: since Rob has driven toward recovery so hard, he has become the most functional even though his back surgery was the most extensive he had ever encountered. He told Rob he can count on one hand people who now lead functional lives after surgery, not because of severity of injury but because of the desire to recover. For additional context, Rob underwent three 10-hour back surgeries.

Rob also proclaims that if it weren’t for his dedication to physical therapy and exercise, he would have been at risk for becoming addicted to painkillers. Rob notes that the stronger he became, the less he needed painkillers, because his body worked and recovered more efficiently. When an injury occurs, often the nerves are damaged as well. This can lead to pain, numbness and weakness. Through strength training, the cells that have not been damaged can compensate for the damaged or dead cells through hypertrophy of the muscle and cells. The damaged muscle cells will also send a distress signal, which triggers any other functioning muscle nerve cells in the area to sprout new branches and will eventually bud at around 10 to 16 weeks to the damaged area.

The body is an amazing thing and Rob’s recovery from mental health struggles and a potentially life ending decision has taught him never to take the ability to move for granted again. It’s trainers like Rob and me who want to give the life-changing gift of fitness to the world. From two gym rats like Rob and I, who once took their health for granted: If we can do it, so can you!

Nate Wilson is a certified personal trainer through NASM and is the owner of Elite Fitness LLC. He is certified for Fitness Nutrition and is a Behavior Change Specialist. Contact Nate at 640-0668 or Natewilson0223@gmail.com.