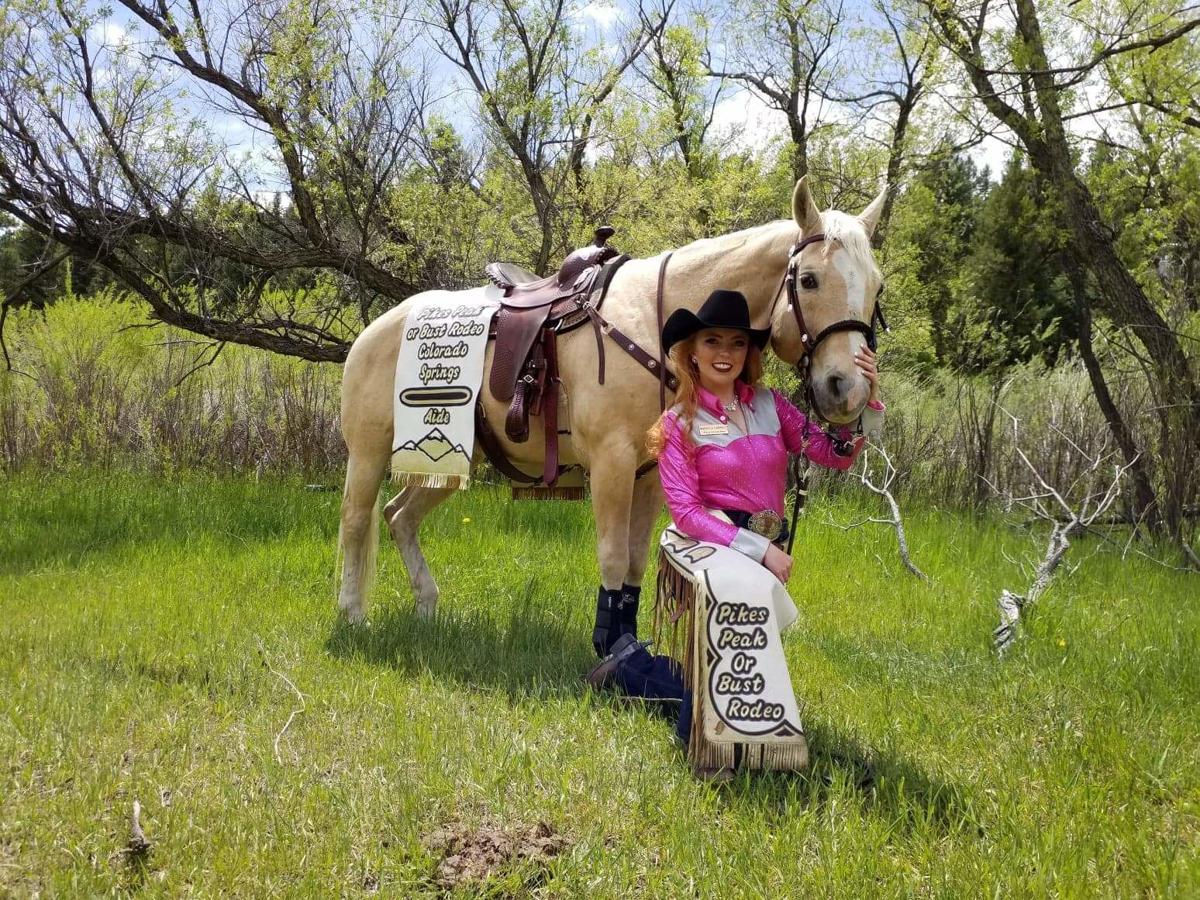 Makayla Carrico of Victor, the 2020 Girl of the West, poses with her horse. 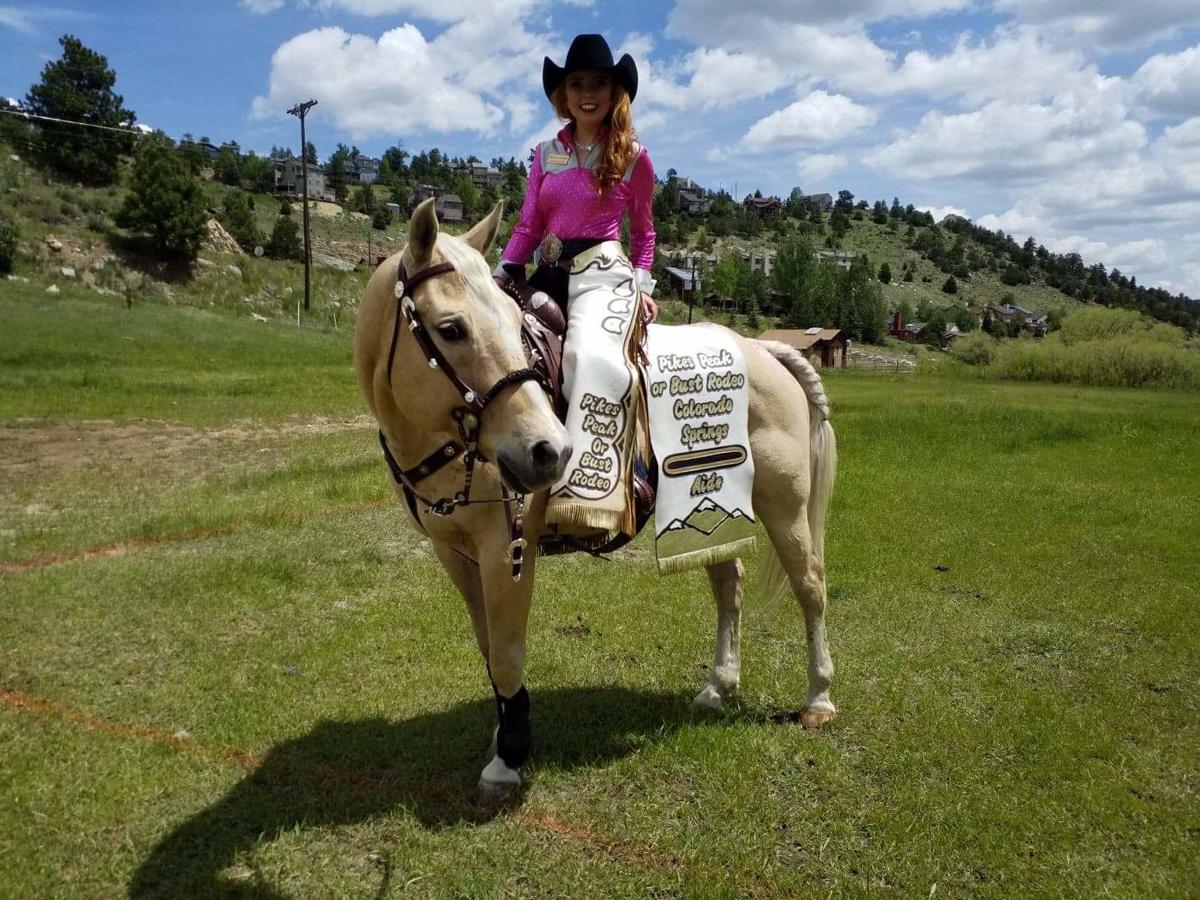 Nineteen-year-old Makayla Carrico of Victor, this year's Girl of the West, has been competing in equestrian sports since age 3.

Makayla Carrico of Victor, the 2020 Girl of the West, poses with her horse.

Nineteen-year-old Makayla Carrico of Victor, this year's Girl of the West, has been competing in equestrian sports since age 3.

Teller County is home to this year’s 2020 Girl of the West as Ambassador of the Pikes Peak or Bust Rodeo.

Nineteen-year-old Makayla Carrico of Victor, the daughter of Chauncey and Teresa Carrico, and has been competing in equestrian sports since age 3.

The title of “Girl of the West” was chosen because the girls are considered “ambassadors” for the rodeo and not “rodeo queens.” The first Girl of the West, Dawn Norris, was chosen in 1922. The competition has evolved to include speech, interview, horsemanship, personality and appearance. Their duties today include giving a promotional speech at service clubs and promotional events, giving interviews on TV and radio, and making appearances at military installations, parades and rodeos throughout the Front Range and the Pikes Peak region.

The Girl of the West represents the Pikes Peak or Bust Rodeo during her reign. She is always accompanied by her aide and an escort.

“It was hard on my parents making sure I got the best education they could give me,” she said.

Carrico’s mother would drive her to Divide every morning to daycare to wait for the bus. She was returned to the daycare after school until her mother picked her up to take her home. The bus eventually did come to Victor.

“Looking back now I have to laugh because when I finally was able to drive, I was so happy, but soon realized that I still have an hour’s drive one way and I couldn’t take a nap like I did on the bus,” Carrico said.

Carrico started competing as a toddler with Lake George Outfitters and Gymkhana group and continued until her schedule prevented her from doing so. She also competed in the Woodland Park Saddle Club Gymkhana and served as their 2014 Princess and 2015-2016 Queen. After her time with the saddle club, she served as the 2018 Evergreen Rodeo Princess in Evergreen.

The Girl of the West and her aide are young women who represent the West through their horsemanship ability. They symbolize the youth of our region who wish to further promote the Pikes Peak or Bust Rodeo. They promote the Western way of life and the ideal Western-type American girl.

Carrico attends Lamar Community College, studying Equine Business Management and is an intern with a horse trainer. She plans to continue her education at Texas A&M University majoring in Agriculture Communications. Her dream is to become a rodeo commentator.

She is hoping to try out for Miss Rodeo Colorado in the next few years.

“It’s always been a goal of mine since I was a small child to represent my favorite state and sport as Miss Rodeo Colorado. Now that I’m coming of age for the age requirements, I figure why not? Might as well try or I’ll always wonder,” she said.