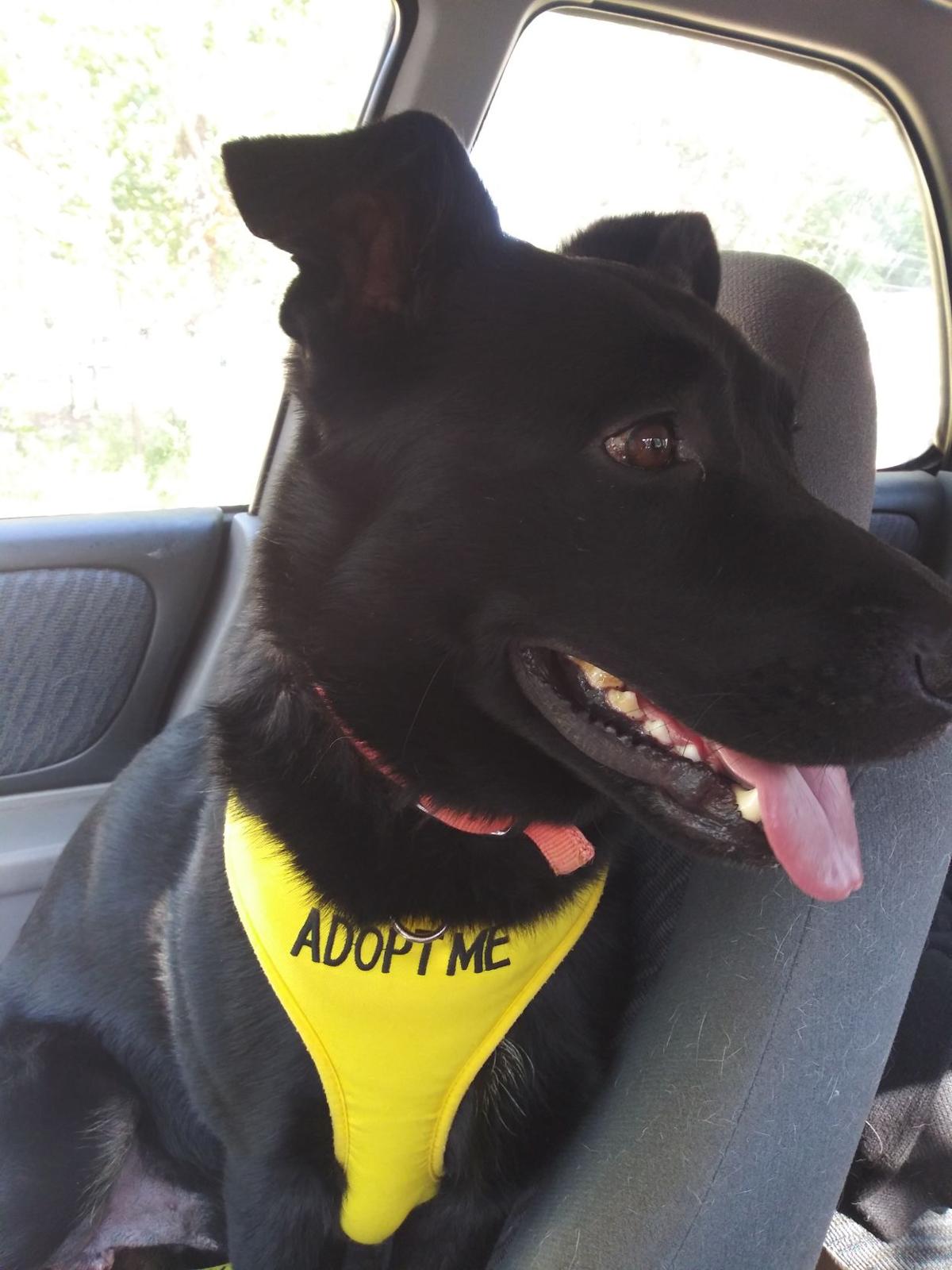 Charlie goes on a Doggy Day Out. 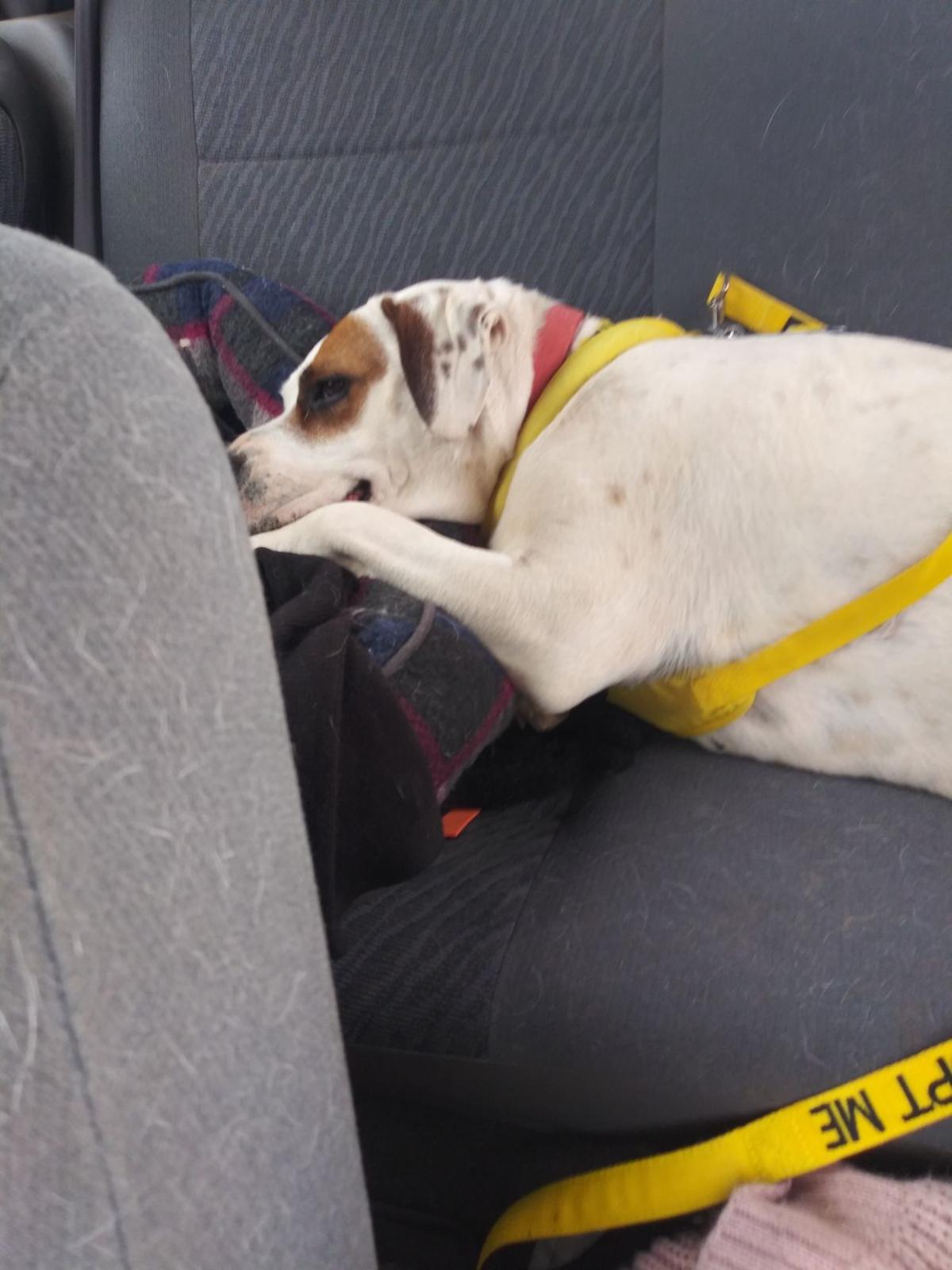 Sassy naps after a hike on her Doggy Day Out. Courtesy Jennifer Mulson 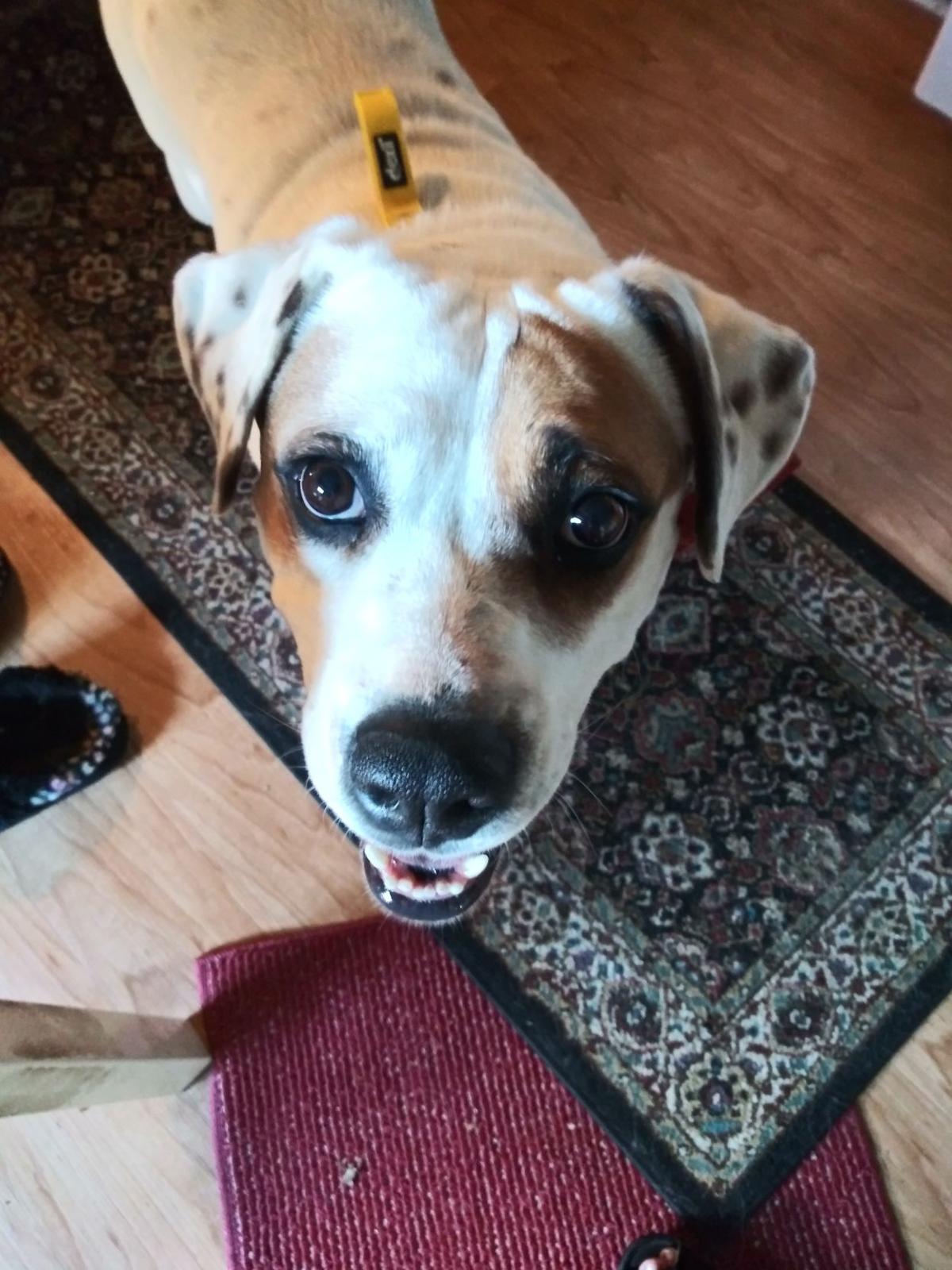 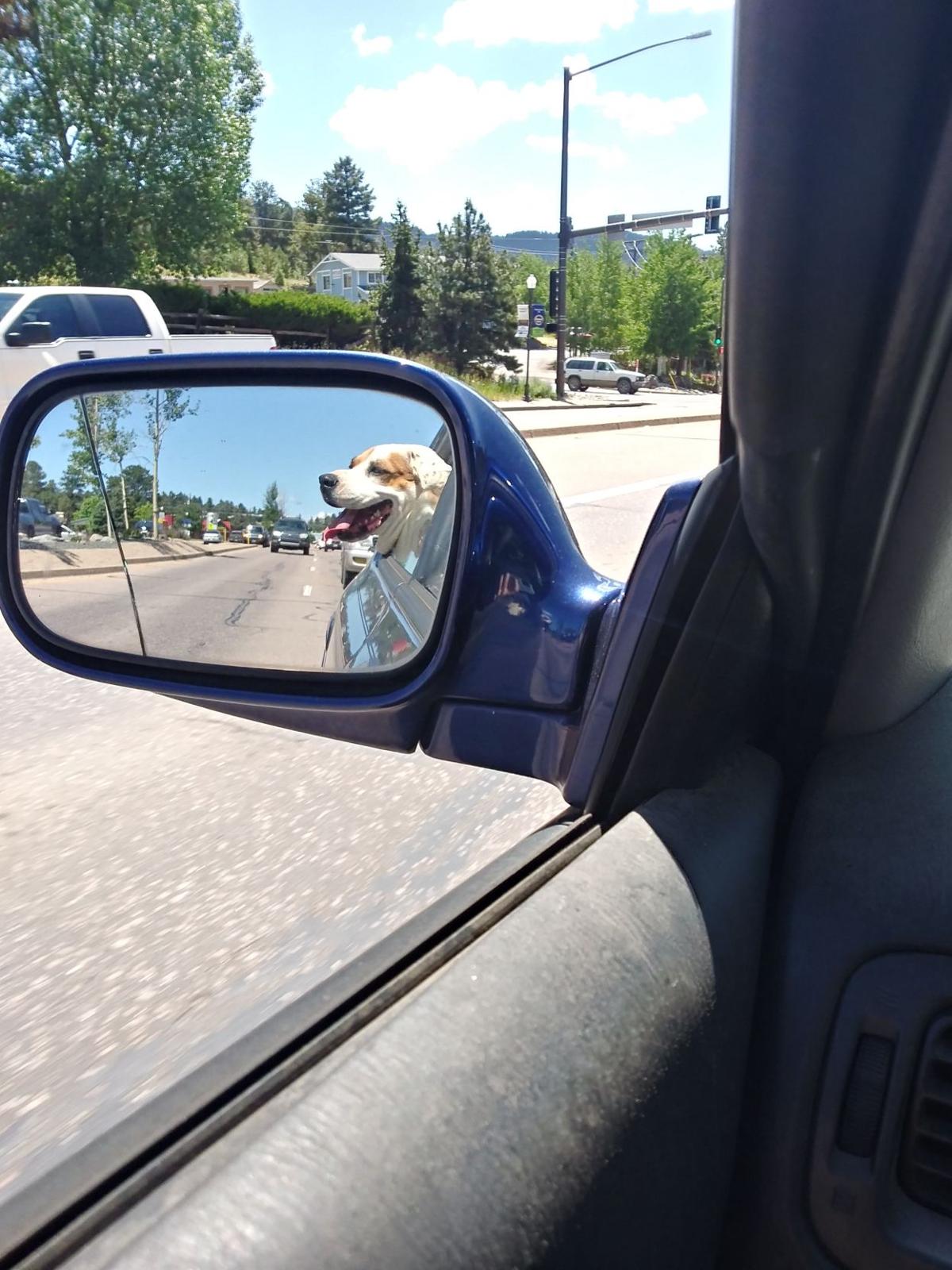 The first moments after Sassy gets to leave the Teller County Regional Animal Shelter on a Doggy Day Out. Courtesy Jennifer Mulson

Charlie goes on a Doggy Day Out.

Sassy naps after a hike on her Doggy Day Out. Courtesy Jennifer Mulson

The first moments after Sassy gets to leave the Teller County Regional Animal Shelter on a Doggy Day Out. Courtesy Jennifer Mulson

It wasn’t love at first sight.

But as soon as I saw Sassy sticking her big ol’ white dog head out the driver side rear window, as we sped away from the Teller County Regional Animal Shelter in Divide, my heart bloomed wide open. She looked so happy, which made me so happy. It was an auspicious start to my first Doggy Day Out adventure.

Shelter staff introduced me to 4 1/2-year-old Sassy, a Labrador retriever mix, and her sister Bear, a rottweiler mix. They were both a little on the fluffy side (as in overweight), and could use some exercise. Sassy won the imaginary coin toss and off we went.

I was a smidge apprehensive about my new lady friend. She was a large and unknown quantity. I’d never owned a dog that big. Could I handle her? Would she be sweet to my 14-year-old, 20-pound American eskimo dog Butter?

My fears were unfounded. Sassy was the best sass who ever sassed. I fell in love with this dog. She came into my house and exhibited the most gracious of manners. She peed outside, said a gentle hello to my old guy and happily collapsed on the kitchen rug to inhale a doggie bagel from Einstein Bros. Bagels that Butter had pooh-poohed.

Hike time: Section 16 in Bear Creek Park — only about 2.5 miles of it. The day scorched us and I could tell my traveling companion was growing weary. This was potentially her inaugural hike, as her previous owner was an elderly gentleman in Texas who had to relinquish the two sisters in the wake of his growing dementia.

Walking that trail with that dog was pure joy. I haven’t had a dog cut out for a long hike in more than a decade, and had forgotten the simple companionship an animal can provide on the trail. The repetitive crunch of the gravel beneath my feet, the sturdy, happy dog steadily ambling along in front of me. It’s one of my favorite memories of the summer so far.

I didn’t want to return her, especially when I saw her sprawled across the back seat snoozing away as we headed back to the shelter. Cue melting heart and as many photos as I could safely take. But even though I could picture our life together on the lam (with Butter, natch), I’m no dog thief.

Adopting her preoccupied my thoughts for the following week. What held me back? Her size and breaking up the bonded pair. I couldn’t take both of them. Finally, I succumbed and inquired if I could take her for a Saturday overnight. Even if I didn’t adopt her, at least I could break her free from the kennel for a bit. The shelter said yes, but she had to be back first thing Sunday so a family could take her and her sister for another Doggy Day Out. It sounded like a potential adoption, and I knew once they spent time with her, they’d love her, too. And if she could get adopted with Bear, which is what the shelter hoped for, all the better. I let that sweet girl go.

And took Scout home instead, a black Labrador retriever/cattle dog mix whose name I changed to Charlie on the way down U.S. 24 because it seemed right. He answered to it, or, let’s be honest, he answered to the tone of voice I used to say it. The 2-year-old pup was a stray from another shelter, exuberant and anxious.

Charlie was clearly still a big old puppy, and though not as good of a house guest as Sassy pants was, he still knew how to offer his paw in exchange for a treat and obeyed when I told him to leave poor Butter’s private parts alone. We couldn’t do anything strenuous after his recent neutering, but we did go for a walk in Monument Valley Park, where most everything deserved a sniff and a few drops of urine.

You’ll never guess. I fell in love with Charlie, too, though I knew he probably also wasn’t the right dog for me. Adopting him would break two of my personal dog rules: adding a puppy to a house where a chilled-out senior dog only wants to snooze in peace for his remaining years, and not paying heed to the breed. A cattle dog like Charlie needed a bigger house and yard than I have, and somebody who could take him out for miles of walks on the daily.

So I took him back, and once again, daydreamed about him for the following week, until I noticed about 10 days later that his photo was off the shelter’s site, indicating he’d been adopted. I was happy for him and not surprised. He was going to be a really good dog for somebody.

I’m a big fan of TCRAS’s program, even though it caused a bit of ruckus inside my heart. Too much falling in love, heartbreak and pining. But that’s OK. One of these days, some new pupperooni will be The One. With Butter’s approval, of course.

The Doggy Day Out program is a way to volunteer without a long commitment, help a dog get adopted or try out a dog you're thinking about adding to the family.

The Doggy Day Out program is a way to volunteer without a long commitment, help a dog get adopted or try out a dog you're thinking about adding to the family.