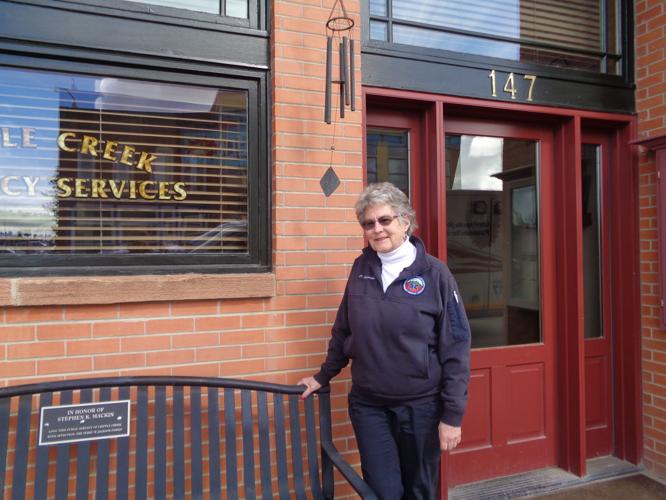 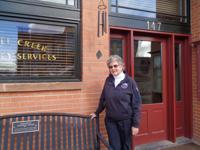 Under the direction of Candy Shoemaker, Southwest Teller County EMS grew from a small rural ambulance service to a special taxing district. Shoemaker intends to retire in July. 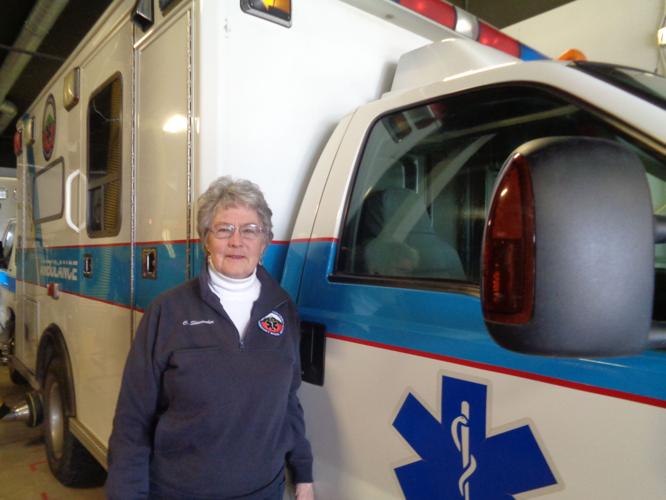 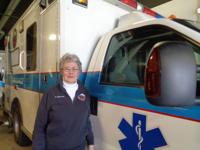 Candy Shoemaker, director of Southwest Teller County EMS, credits her "state of the art people" for the district's success in responding to the needs of the community.

Under the direction of Candy Shoemaker, Southwest Teller County EMS grew from a small rural ambulance service to a special taxing district. Shoemaker intends to retire in July.

Candy Shoemaker, director of Southwest Teller County EMS, credits her "state of the art people" for the district's success in responding to the needs of the community.

With Candy Shoemaker’s retirement this summer, Southwest Teller County EMS bids farewell to a woman who transformed a rural ambulance service to a special district with 26 employees.

But she’s not leaving without a few instructions. “I want to work with the new person for awhile. I want somebody who has an investment in and appreciates our community, the volunteers and our fire department,” she said. “Somebody who can make this service work, which is the tough part.”

Shoemaker’s career just kind of happened, as she continued to answer the need for emergency services, particularly after Colorado voters approved gaming in 1991.

But that was much later. Rancher, wife and mother, Shoemaker took on extra duty 40 years ago as a firefighter with the Divide Volunteer Fire Department and later as an EMT with then Cripple Creek Ambulance.

“We didn’t have that many calls for the ambulance; if you were working, you’d just take off and go help whoever called,” she said. “Employers didn’t mind.”

Gaming changed everything. “I don’t think anyone really thought about the effects that gaming would have on EMS,” she said. “They thought about law enforcement and really ramped that up, but fire and EMS had always been a workable system, up to that point.”

Shoemaker recalls the day the system failed to work. There was an emergency at the nursing home in Cripple Creek, with no ambulance or staff available. At the time, Shoemaker was driving home from dropping her children off at school.

“A deputy pulled me over near the sheriff’s office,” she said.

The deputy had been dispatched to be on the lookout for Shoemaker and, at the same time, arrange to have a driver from then Woodland Park Ambulance pick her up in the parking lot.

And off they went, racing up to Cripple Creek to ultimately turn around and transport the patient to Colorado Springs.

That was the day, late December 1991, when the system collapsed, she said.

Word got around. “That night Marlene Shingle appeared at City Council and said the city needed to start paying people to staff an ambulance,” Shoemaker said, adding that Shingle was the president of the EMS Council at the time. “So that’s how we started.”

And Shoemaker accepted the role of director of Southwest Teller County EMS.

Along the way, Shoemaker has been recognized statewide and was named the state’s Paramedic of the Year in 2001, just one of her many awards.

Over the years, Shoemaker and her team, whom she calls “state of the art people,” responded to the needs as the county grew.

Today, the agency has four ambulances, two of which are staffed 24/7 with a paramedic and an EMT, with a third ambulance on call on weekends.

In 2012, district voters approved a mill levy increase, one of only two EMS districts in Colorado to achieve positive results that year. “Our people really supported us,” Shoemaker said. “They understood that we kept the increase as low as we could to get what we needed to provide the service.”

As the area continues to grow, nonetheless, the small building on Bennett Avenue provides services that seem quaint at times. Residents still feel comfortable about knocking on the door for help, some in emotional turmoil or with physical injuries.

“Fish hook in the finger, for instance, or putting on a cardiac monitor,” she said. “We do a fair number of that.”

But as nears the age of 70, she says it’s time to let somebody else take over. “After this many years I don’t have the energy and I’ve started realizing that,” she said. “It’s for somebody younger who can come in and keep this place going forward. I’ve put a lot of my life in this and don’t want to see it go the other way.”