This image released by Universal Pictures shows George MacKay, center, in a scene from “1917,” directed by Sam Mendes. It was released nationwide in theaters Thursday. 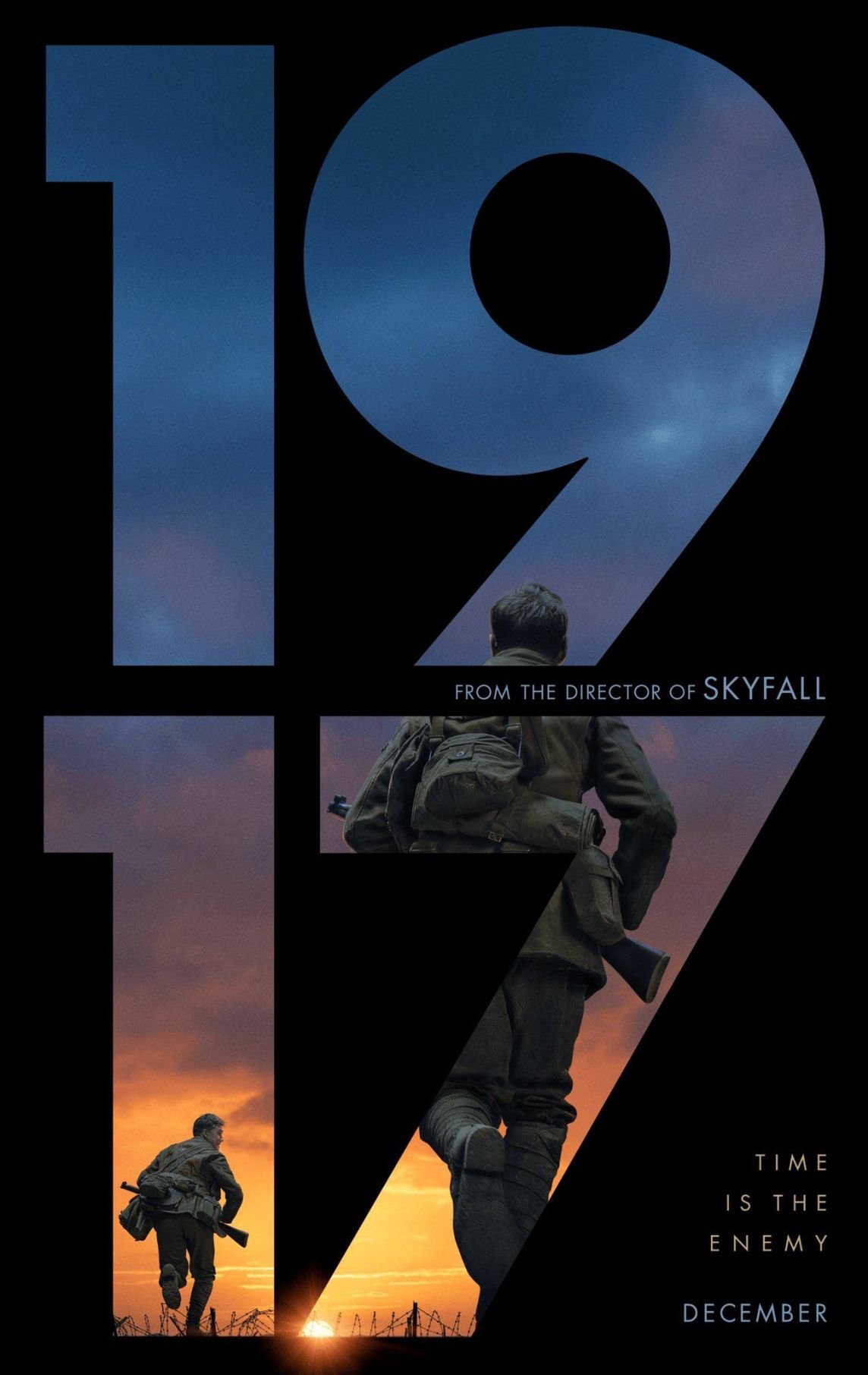 Movie poster for “1917,” directed by Sam Mendes. It was released nationwide in theaters Thursday. 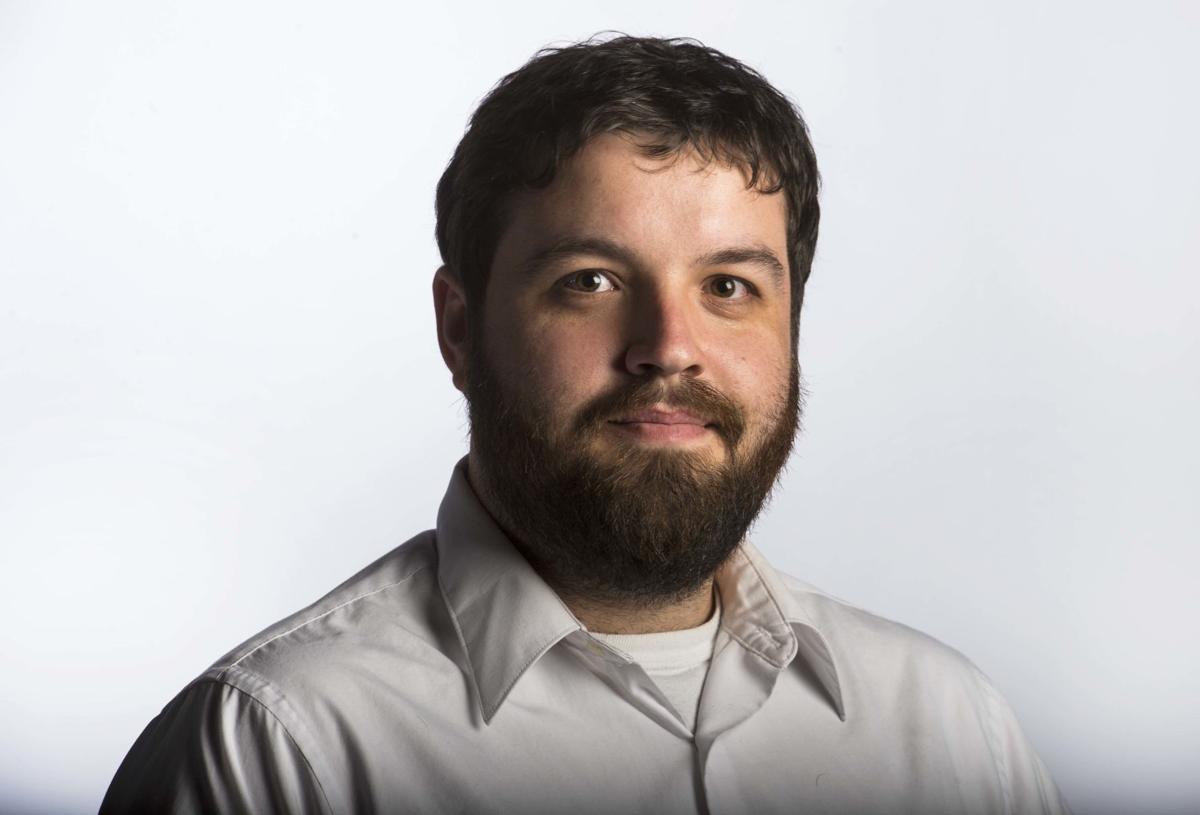 This image released by Universal Pictures shows George MacKay, center, in a scene from “1917,” directed by Sam Mendes. It was released nationwide in theaters Thursday.

Movie poster for “1917,” directed by Sam Mendes. It was released nationwide in theaters Thursday.

It is rare, almost impossible now as we enter the third decade of the 21st century, to witness something in film that has never been done before.

“1917” is such an experience, and demands to be seen in theaters.

The World War I epic from director Sam Mendes (“American Beauty,” “Skyfall”), starring George MacKay and Dean Charles-Chapman (“Game of Thrones”), follows two British lance corporals on a mission to go deep through enemy lines to deliver a message from their general to stop an attack, which will surely lead to the deaths of 1,600 British soldiers, including one of the corporals’ brothers.

That’s the logline, which sounds like just another war movie. “1917” is more than that. Much more. It is the greatest technical achievement in film this century and one of the most spellbinding theatrical experiences to date. It is a masterpiece — an instant classic — and will require smelling salts to arouse consciousness once the end credits roll.

The entirety of “1917” is filmed as a single, tracking shot — playing out all in real time. There’s one break in the middle, serving as a de-facto intermission. Through a number of diverse settings and terrain, the camera is there for all of it, following along as a character itself on this impossible-seeming mission with Lance Cpls. Schofield (MacKay) and Blake (Charles-Chapman).

One important caveat here: 2014’s “Birdman” did this, with a half-dozen tracking stoppages. “1917” does this in a war movie with only one clear cut. It takes the “Birdman” conceit and places it in an active-war setting more akin to “Apocalypse Now” or “Dunkirk.” If “Birdman” is Sputnik, “1917” is the moon landing.

Roger Deakins is the best modern cinematographer, and one of the greatest of all-time. He has 14 Academy Award nominations for Best Cinematography (“The Shawshank Redemption,” “No Country for Old Men” and “Sicario,” to name a few), and received his long-overdue first win two years ago for “Blade Runner 2049.”

“1917” is his Sistine Chapel. Even though you know the single-shot is happening, you’re aware there are camera tricks at work, the cinematography is confounding to the point of accepting it as sorcery.

In an early scene, when the two corporals first venture into no man’s land, they make their way into a deep crater and turn left to circumvent the bog of deep water. The camera acts of its own accord: Rather than following them, it stays hovering above the water through the center of the crater, floating like a lilypad on the surface as it passes floating corpses and an eerie crow.

That aforementioned intermission serves as a thematic change to the visuals — going from daytime to nighttime, from the real world to a hazy, dream-like state — as the journey into the hell of war truly begins.

The visuals in this section are breathtaking and haunting as flares light up the sky in the ruins of Ecoust-Saint-Mein, and this is when the Thomas Newman musical score comes to life.

The filmmaking marvel of “1917” overshadows the performances, but the movie does not work without them. Colin Firth provides scope, Andrew Scott provides levity, Mark Strong provides perspective and Benedict Cumberbatch provides resignation — all in the context of the hopelessness of war. Those four titanic actors are in the film for fewer than 10 minutes apiece, yet each serves its own purpose and each is as memorable as the next.

The movie hinges on MacKay and Charles-Chapman. We have to believe in these two, and we have to root for them. The choices in the screenplay — starting with Lance Cpl. Blake’s brother being among the 1,600 troops walking into the trap they’re trying to prevent — cement this for the audiences, particularly in the one seminal moment the movie cannot undo.

According to Mendes, the two young actors were involved from the beginning, joining the production six months ahead of shooting.

“We could not build anything until we had rehearsed the scene and stepped out the journey,” Mendes said. “So we started on empty field with them, scripts in hand, and we did the trenches, we’d mark the trenches out with poles — ‘you turn left here, you turn right there.’ Then we started digging the trenches, and we dug over a mile of trenches. And filled them with people. And we did that with no man’s land, German trenches, quarry, orchard, farmhouse, roads, town. And every step had to be accounted for before we built the sets. There was no way out. So the level of tension, in me particularly, (was) ‘this is it.’ This day, five minutes of film, is in the movie whether I like it or not. That was a totally different experience, but it also meant that everyone else was living it with me. And that was moving.”

“1917” is a crowning achievement — a gift and a blessing that this movie even exists, and us mere mortals have the ability to be part of it.