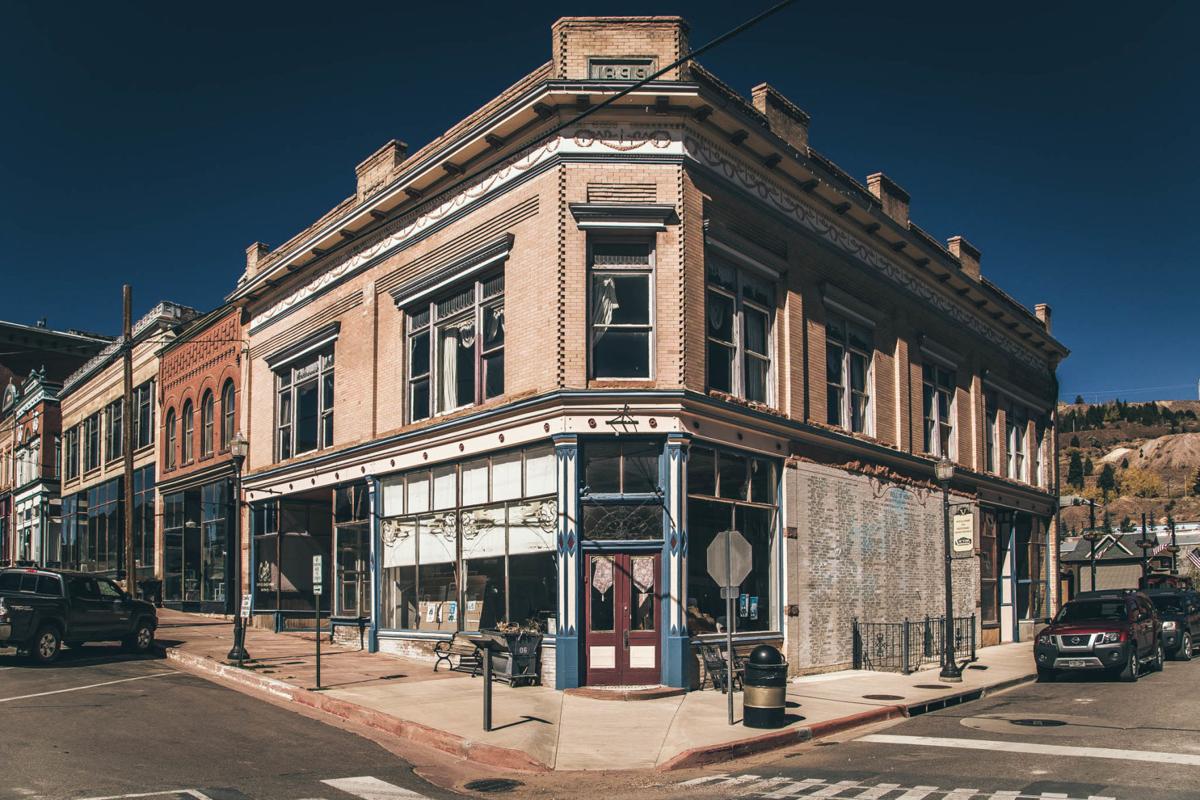 The 301 Victor Ave. building that has been renovated into a boutique hotel, Black Monarch, will be the site of The Haunted Writer’s Retreat, Feb. 24-28. 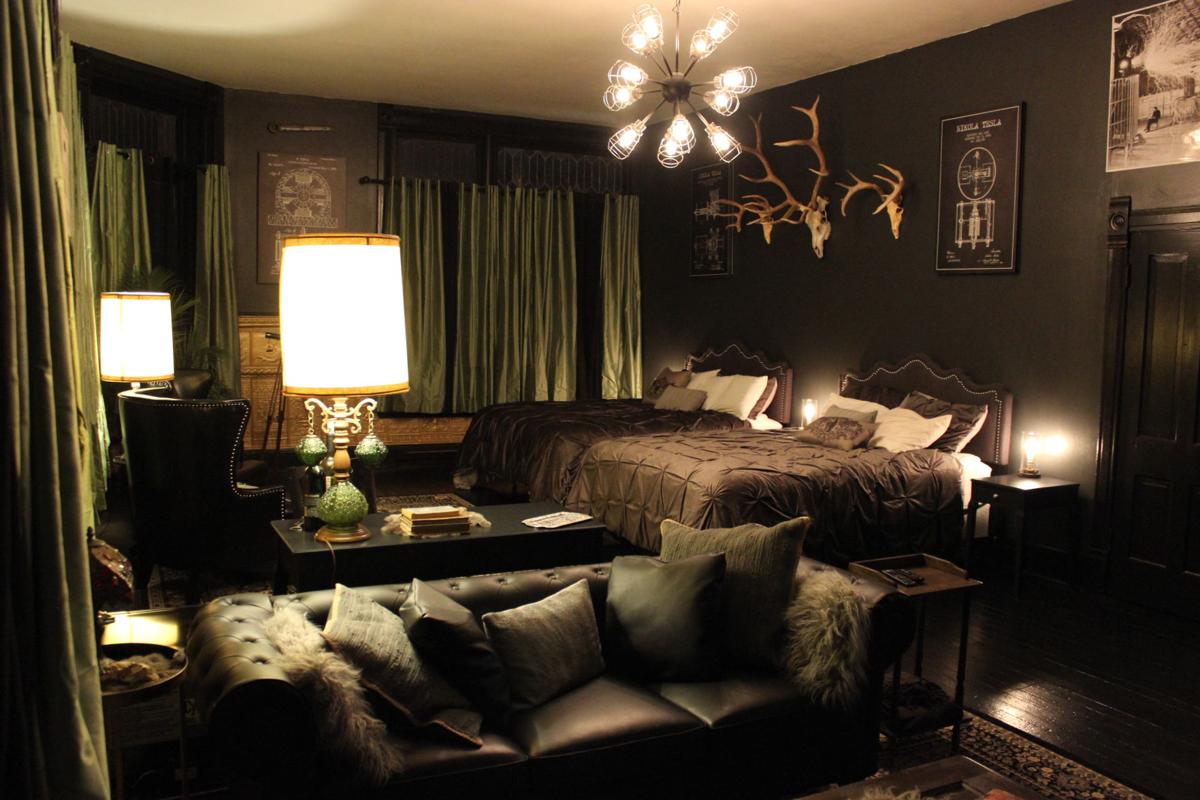 The Nikola Tesla Room at the Black Monarch hotel in Victor. 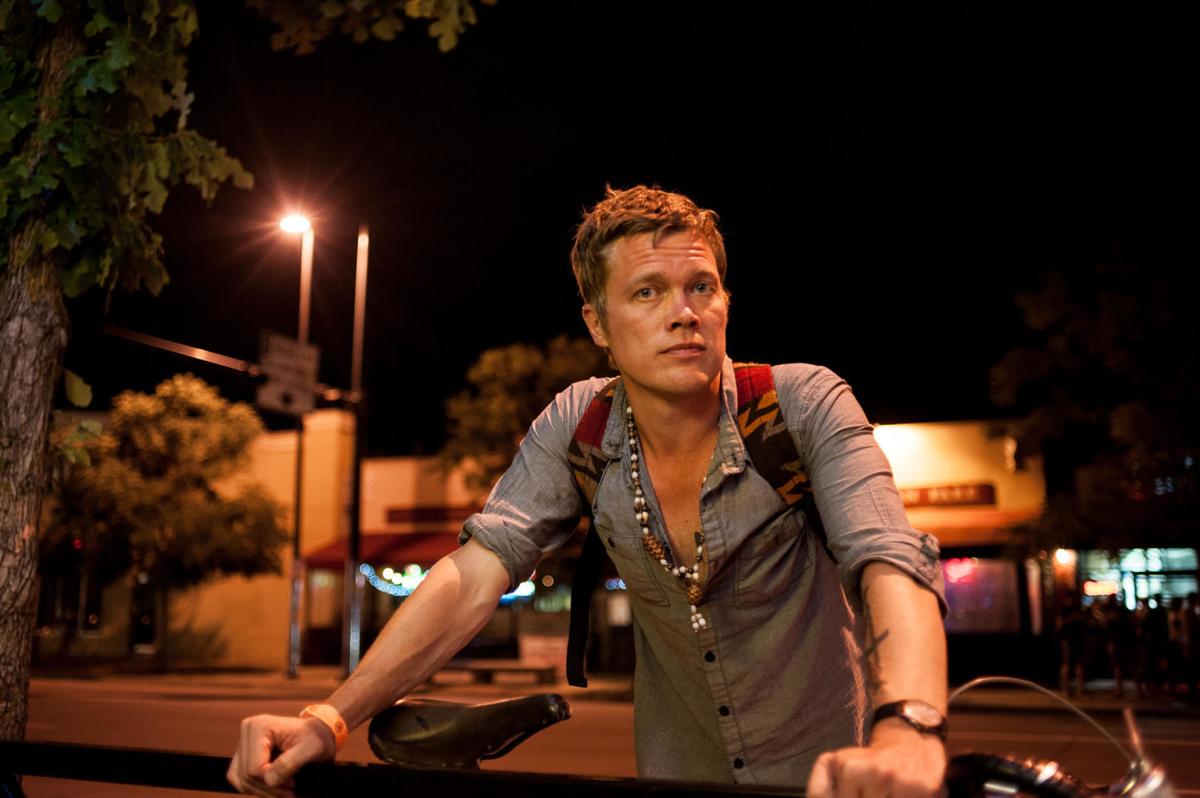 The 301 Victor Ave. building that has been renovated into a boutique hotel, Black Monarch, will be the site of The Haunted Writer’s Retreat, Feb. 24-28.

The Nikola Tesla Room at the Black Monarch hotel in Victor.

Writers interested in the macabre and horror stories have a unique opportunity to attend the Haunted Writer’s Retreat in Victor later this month. The hub of the Feb. 24-28 retreat will be the newly renovated Black Monarch boutique hotel, 301 Victor Ave.

Attendees can book a room at the Black Monarch, which itself is purportedly haunted and rooms are themed after serial killers like Elizabeth Bathory, H.H. Holmes and Black Annis. There is also a room dedicated to Nikola Tesla, the engineer, physicist, and father of AC electricity. Victor locals claim that Tesla did the original wiring for the Monarch.

The Black Monarch was originally built as a casino, saloon and brothel at the height of the Gold Rush in Victor’s heyday. Adam Zimmerli, a Denver hotel developer, bought the old building in 2018 and after renovation, he opened for business last spring. “I fell in love with Victor, the first time I saw it,” Zimmerli said.

“I saw potential in the building and then heard all the stories that it was haunted, so I decided to just lean into it.”

Zimmerli welcomes writers to get inspired within the hotel’s Victorian gothic walls, which over the years have hosted a disreputable history of “barkeep gunfights, tragic fires and sordid injustices,” per the retreat press release. Strange occurrences have even been reported like hearing people downstairs laughing or fighting in the middle of the night. Limited space is available at the Black Monarch, but attendees also have the option to stay at the nearby Victor Hotel, the Fortune Club or Olympia Hotel, which are all whispered to be wildly haunted.

Those who have stayed at the Black Monarch have applauded the balance of modern and historic accommodations. The hotel has a spooky setting and dark-walled serial-killer vibe. Guests have claimed to have witnessed all sorts of unexplainable noises and sights of ghostly figures that wander the halls of the fourth floor and are believed to include doctors, patients and apparitions who are missing their limbs.

Spirits of the past patrons of the bar and brothel make their presence known, according to Zimmerli, and then there’s Eddie, an unfortunate lodger who supposedly fell down the elevator shaft after staying in room 301, and has since haunted the premises.

Josiah Hesse, Denver-based author of the “Carnality” psychological horror series — “Carnality: Dancing on Red Lake” (2015) and “Carnality: Sebastian Phoenix and the Dark Star” (2018), both published by Suspect Press Publishing — and writer for Vice and the Guardian, will lead the writing workshops, offering literary insights on the structure, tone, pace and color of a truly scary story. Hesse is senior editor of the Denver lit zine Suspect Press and was previously a contributor to Westword.

Hesse has been writing since third grade and then got into horror films and novels. “It used to be that hotels and other places veered away from haunted rumors, but now, many seem to be capitalizing on it, which is now a whole lot of fun,” said Hesse.

Hesse’s first experience with Victor and the Black Monarch came from being asked to write a story on it for the Guardian. He was stirred by the environs and the endless stuff to look at, the history of Victor and the hotel.

“It’s refreshing to go to Victor; the quieter pace from Denver, the history of grander days, the scenery, and of course, the hauntings,” he said.

The five-day retreat will include food, beer, coffee and a curriculum of curated horror writing workshops, chilling bedtime stories, scary movies and historical ghost tours of nearby abandoned mines. Daily classes will take place at the Black Monarch and include traditional short-story development and the craft of writing horror, as well as hauntingly creative writing prompts like Tarot cards, Ouija boards and deep dives into the town’s haunted history. They’ll mine the sordid past of Victor, learning about the misery and mischief that led to the town’s transformation into a hotspot for paranormal activity.

Learn more and buy tickets to the Haunted Writer’s Retreat through the Facebook invite at facebook.com/events/1010009772714756/.