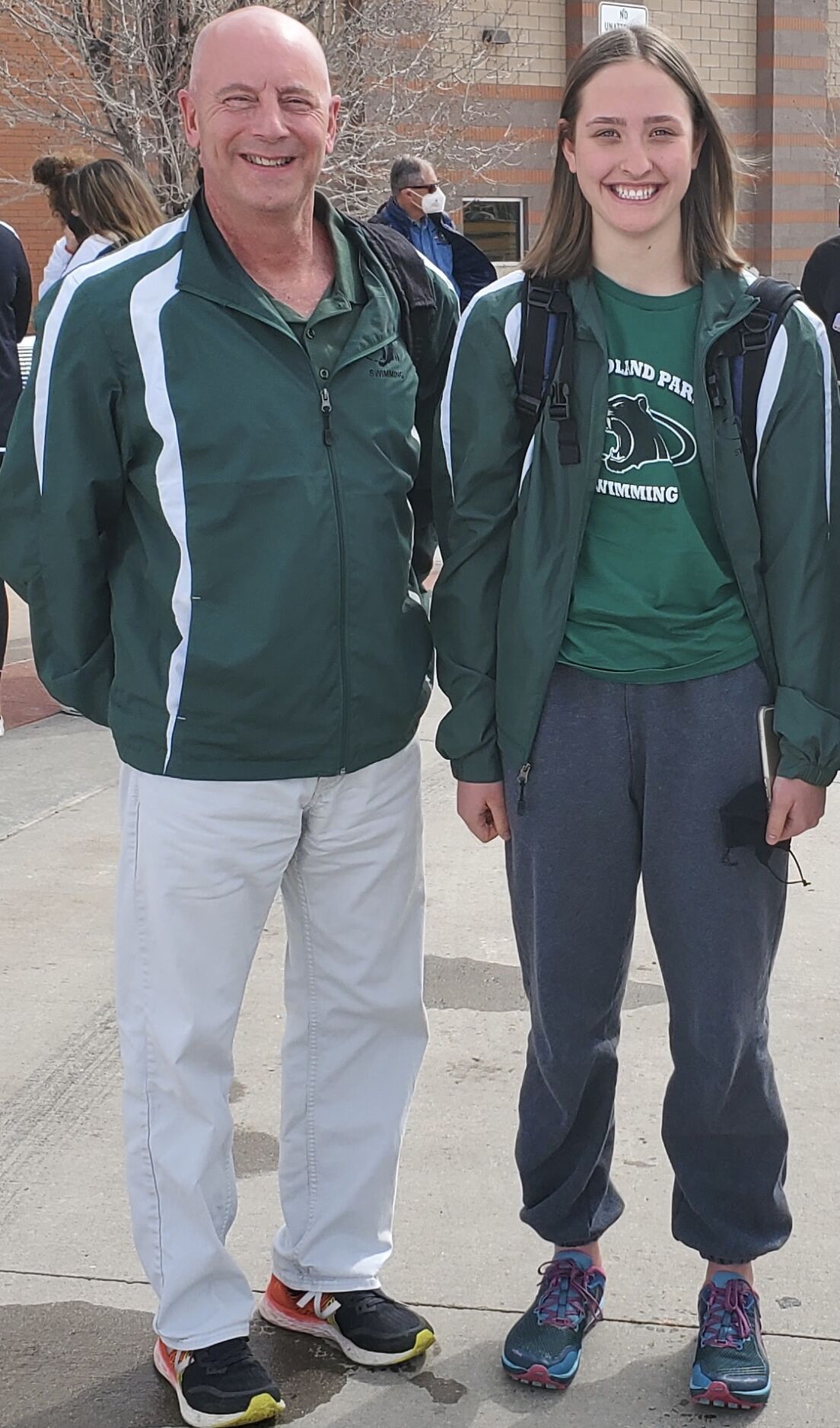 Hannah Winn, right, is all smiles after taking 14th-place in the 100-yard butterfly at last week’s Class 3A state meet. She is pictured with Woodland Park coach Rust Bernstein. 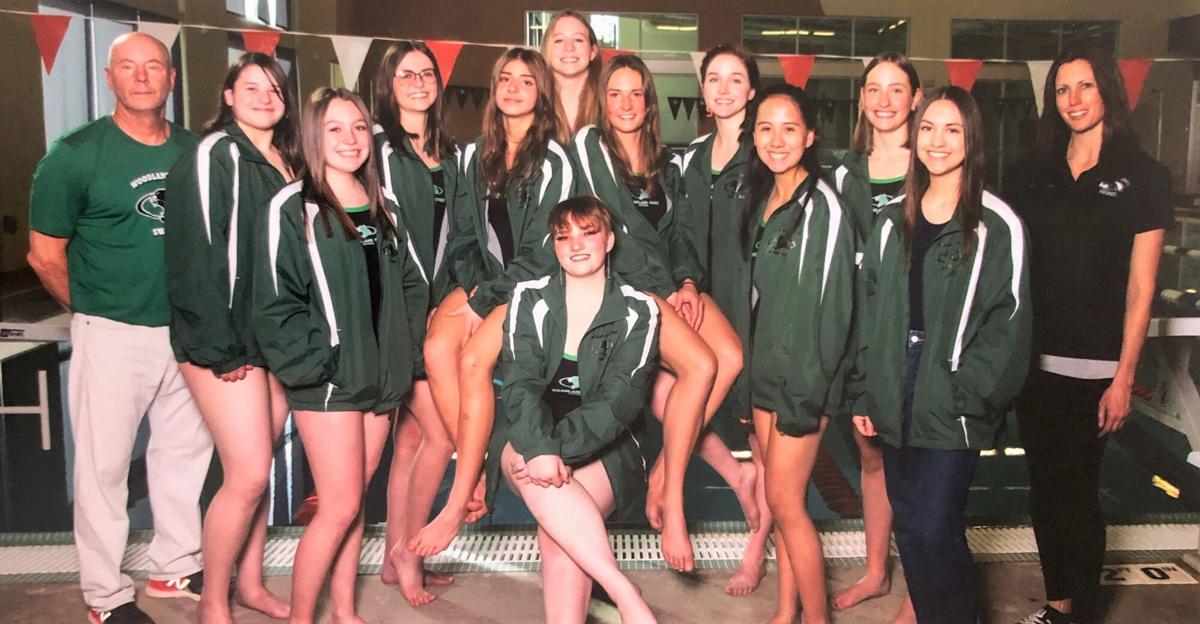 Hannah Winn, right, is all smiles after taking 14th-place in the 100-yard butterfly at last week’s Class 3A state meet. She is pictured with Woodland Park coach Rust Bernstein.

Woodland Park freshman Hannah Winn made school history when she became the first-ever swimmer from the swimming program to qualify for the state meet. She then went out and placed 14th in the 100-yard butterfly to score the first seven points at the state meet for the program.

“I was so happy I got to be there and compete,” said Winn. “I feel so good about it.”

The Class 3A state meet was held March 16 in Thornton. Winn was accompanied by her mother, Eleanor, and Panthers’ coach Rusty Bernstein. The meet was delayed three days due to the severe snowstorm that hit Colorado last weekend.

“She would have gone faster on Saturday based on how she did Friday,” said Bernstein, the only coach in the program’s history. “I think the three-day delay messed her up a little bit. She ended up having a little too much rest.”

“Hannah swam a 1:04.2 at the league championships and I think she could have gone faster than that if we didn’t have the delays at state,” Bernstein said.

Winn was one of 10 Panthers’ swimmers. She did not compete at any level the previous two years due to ongoing complications from enlarged tonsils. Previously, she swam club for the Colorado Torpedoes in Manitou Springs.

“I finally had to get my tonsils removed and was just able to get back to competing this year,” Winn said.

Winn quickly established herself as the top swimmer on the team, breaking the school’s eight individual and three relay records.

“Hannah almost qualified for state in the 100 breaststroke and 200 IM,” Bernstein said. “She was also a great team leader and had a positive impact on our team culture. She led by example.”

CHSAA shortened the season to seven weeks due to its concerns over the coronavirus. The rest of the Panthers’ team consisted of seniors Sarabeth Graves, Rabekah Taylor and Hayden Molina, sophomores Regan Drummond, Hailey Elliott, Maci Lundgren and Shaelee Havens and freshmen Corrina Marquez and Leah Strawmatt.

“This was a pretty crazy season,” Winn said. “I enjoyed spending time with the whole team. I am looking forward to next season.”