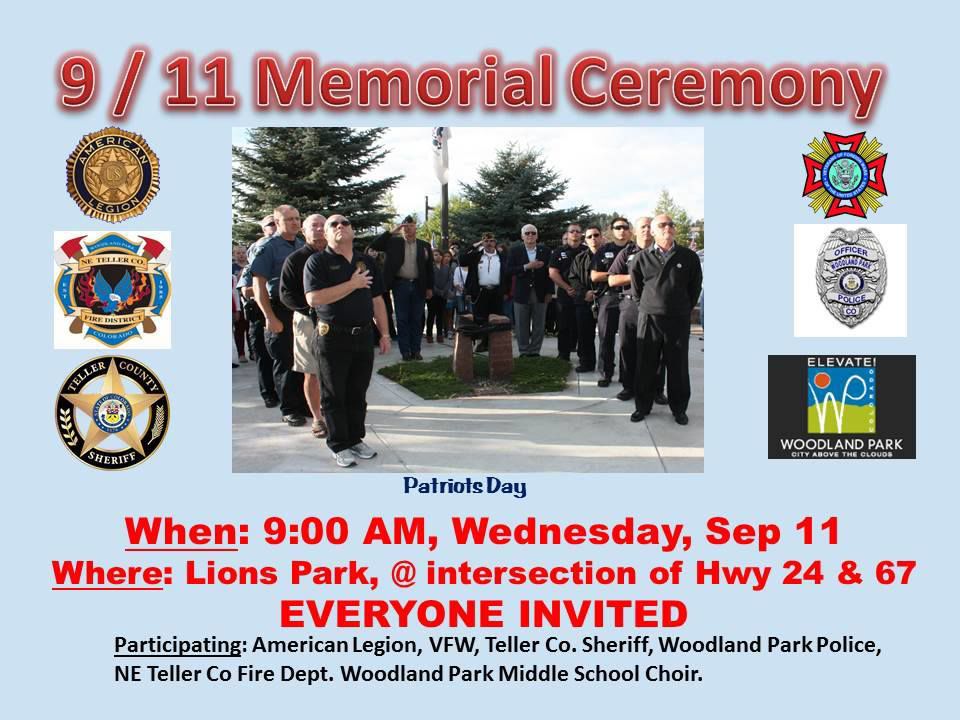 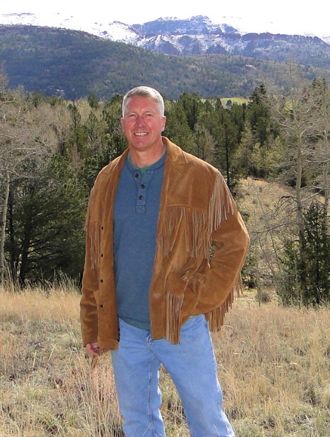 In a few days, Teller County will gather to remember and honor the sacrifice of the brave men and women who lost their lives on Sept. 11, 2001, and in the wars that followed.

Standing at the Pentagon in 2008 President George Bush said, “One of the worst days in America’s history saw some of the bravest acts in America’s history. We’ll always honor the heroes of 9/11. And here at this hallowed place, we pledge that we will never forget their sacrifice.” The reality in 2019 however, is that many of us simply chose to forget or fail to remember the events of that day. And while our wounds have healed, the scar that remains should serve to remind us of the sacrifice, valor and cost of that day in American history.

We gather at 9 a.m. on Wednesday in Lions Park in the City of Woodland Park, where two granite towers stand in the center of the park. They are surrounded by our state flags, our military department flags, and our nation’s flag. It has become our hallowed place and a place where we remember and honor those who gave their lives. Residents, veterans, business owners, community leaders, elected officials and our children gather and reflect on the events of that fateful day and how it forever changed us.

As we stand quietly with the sounds of the city around us every year, I am reminded of similar sounds, activity, busy lives and routines that would be shattered for all Americans in just a few moments on 9/11.

The Sept. 11 attacks consisted of four highly coordinated terrorist attacks by the al-Qaida terrorist organization. Two thousand nine hundred and ninety-six people were killed and over 6,000 were injured. Over $10 billion in infrastructure and property damage occurred that morning. It is estimated that the terrorists spent about $400,000 to plan and conduct the attacks.

The subsequent costs to America as a result of 9/11, however, are staggering. As an example, in the years that followed 9/11 it cost the U.S. $21.8 billion to replace the buildings and infrastructure in New York City, $500 million to repair the Pentagon, and $500 million in overtime alone for workers to clean up ground zero. The airline industry suffered a $19.6 billion loss in revenue between 2001 and 2002. The families of the fallen and those injured were paid $7 billion through the 9/11 Victim Compensation Fund. It cost more than $408 billion for the creation and operation of the U.S. Department of Homeland Security.

We have spent $80.1 billion for increased intelligence. The wars that followed 9/11 have cost a staggering $1.5 trillion. If projected to 2050, including the care of our veterans, the cost rises to $4 trillion. The human cost to our brave servicemen and women who subsequently fought in Iraq and Afghanistan is 6,828 killed in action and more than 16,000 wounded, including over 1,500 amputees.

It is estimated that over 5,000 veterans have taken their own lives since 9/11.

It is still hard for me to watch film clips of the twin towers falling. I am instantly transported back in time to where I was, who I was with, and I am reminded of the wars I would go on to fight as a result. The memories are painful for all Americans but we simply cannot choose to forget. We must honor the sacrifices of those who have secured our freedom. We have an obligation to our children and to their future.

This year please take the time to remember. Remember the innocent, the firefighters, the police and port authority officers, the paramedics and our brave veterans who left our shores to fight, and our servicemen who are still there and still fighting. It has been said that we ought to forget what hurt us in the past, but that we should never forget the lessons it taught us — our children’s future depends on it.

Dan Williams is a 30-year Army veteran, colonel and combat veteran. He is the Teller County Planning Official and lives with his wife Suzan, also an Army veteran, near Cripple Creek. He commands American Legion Post 1980 and is a life member of the Post 6051 VFW.