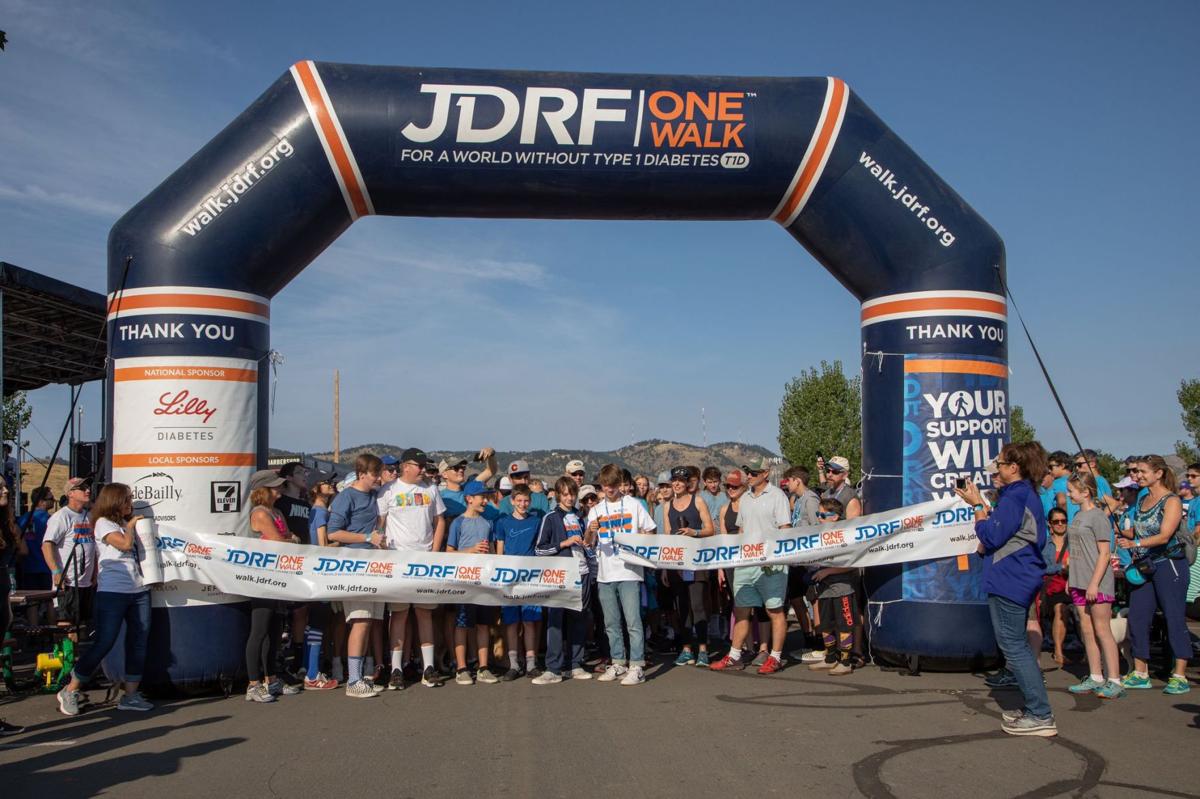 The start of the Sept. 15 JDRF One Walk at Jefferson County Fairgrounds in Golden. The walk raised more than $550,000 for diabetes research.

The start of the Sept. 15 JDRF One Walk at Jefferson County Fairgrounds in Golden. The walk raised more than $550,000 for diabetes research.

My niece was diagnosed with Type 1 diabetes when she was 12. The previously robustly healthy girl was suddenly hungry all the time, extremely thirsty, losing weight, feeling fatigued, experiencing vision changes and generally not feeling well.

One day it all came to a head and her parents rushed her to the emergency room. After a very long and scary day of tests, the reason behind all those symptoms became clear. She was diagnosed with Type 1 diabetes.

Type 1 diabetes is an autoimmune disorder (meaning your immune system attacks the body’s own cells) that results from the body’s inability to produce insulin, a hormone that turns food into energy. It affects 1.3 million people in the U.S. and is on the rise, according to the Barbara Davis Center for Diabetes at the University of Colorado Anschutz Medical Campus, one of the largest diabetes research facilities in the world.

If you have Type 1, your pancreas isn’t making enough — or any — insulin. The exact cause of Type 1 diabetes is unknown. Risk factors for Type 1 in children include family history, genetic susceptibility and race (it’s more common in white children), according to the Mayo Clinic. However, most (90%) of children with diabetes do not have a family member with the disease and often go undiagnosed until they are very sick, according to the BDC. Type 1 can strike children and adults out of the blue, and, while manageable through insulin therapy, can be difficult to manage.

Type 2 diabetes is the kind that’s preventable through lifestyle changes such as weight loss. If you have Type 1 you are insulin-dependent for life. There is no cure.

My niece, who is now 17, was a once a happy-go-lucky girl who was afraid of getting a shot at the doctor. Now she literally carries a burden with her wherever she goes, using an insulin pump that supplies her with the right amount of insulin. Some people have to self-inject insulin the old-school way. The pump is a newer technology that some people with Type 1 use in tandem with constant blood-glucose monitoring and carbohydrate counting (to determine how much insulin is needed).

It’s a daily science experiment in which the patient is the guinea pig. Blood sugar has to be frequently monitored to make sure the pump is operating correctly. The site where it’s attached to the body (typically a fatty spot such as hip or upper arm) can get scar tissue buildup, and must be changed regularly. The wearer must “pre-bolus” or manually pump insulin to balance out a high-glycemic meal. There’s no “taking a day off” — it’s a constant vigil without which the pump user can go high or low on blood sugar. Either way is bad for the body, and can be dangerous.

These are tough lessons for anyone to manage on a daily basis, let alone a child. When my niece was diagnosed, her parents were happy to have an answer for all the health issues she’d been having. But now they had to learn — quickly — how to manage her disease.

Fortunately, the Barbara Davis Center provides instruction. The center cares for 3,600 children and 2,400 adults with diabetes in the Rocky Mountain region, per its website. It’s financially supported by the Children’s Diabetes Foundation, established by Barbara and Marvin Davis in 1977. Important research is also conducted at the center.

That research — there are currently 81 studies being done at Barbara Davis Center — is paramount to finding a cure for Type 1 diabetes. The center also supports free Autoimmunity Screening for Kids for undiagnosed celiac disease and Type 1 diabetes in Colorado children ages 1-17. For more information and to find an ASK screening location, visit ASKhealth.org or call the hotline, 303-724-1275.

Last Sunday I joined about 10 other family members and friends (and thousands of others) on my niece’s team at the JDRF One Walk in Denver. The Juvenile Diabetes Research Foundation raised more than $550,000 from the Denver walk alone. There are 200 JDRF walks nationwide this year, including one at Rock Ledge Ranch in Colorado Springs on Oct. 12. The foundation has raised more than $2 billion to date to fund research to create a world without Type 1.

“JDRF funds research that transforms the lives of people with T1D. We want a cure, and we won’t stop until we find one — but we need your help. Along the way, we will continue to drive scientific progress that delivers new treatments and therapies to help people with T1D stay healthy and live longer,” states jdrf.org.

Some of JDRF’s goals are to create a future that holds treatment options such as the artificial pancreas and beta-cell replacement. And, ultimately, prevention of Type 1 diabetes, so kids like my niece can stop worrying about their health and get back to being kids.

Michelle Karas has called the Pikes Peak region home for more than four years. She became editor of Pikes Peak Newspapers in June. Contact Michelle with letters to the editor, guest columns or story ideas at michelle.karas@pikespeaknewspapers.com.