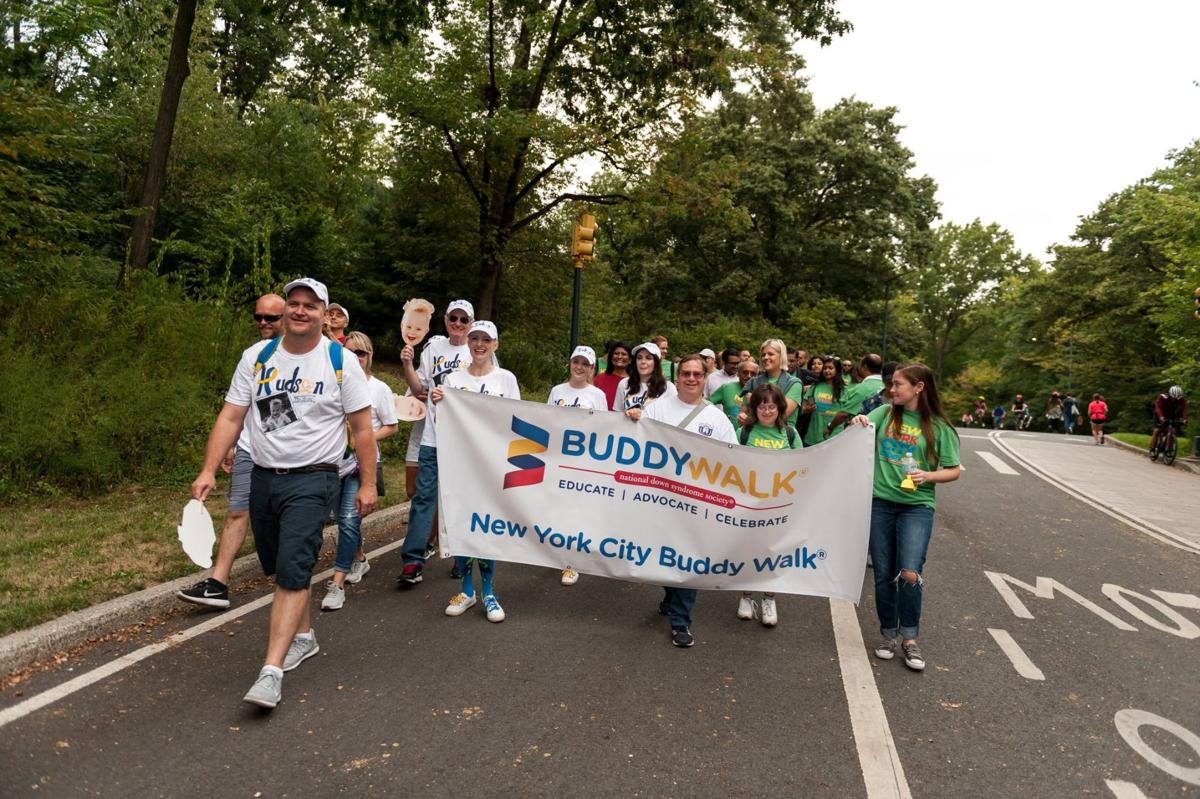 The Hartman family and supporters, in white T-shirts with Hudson Hartman’s photo and the words “Hudson The Strong,” lead the National Down Syndrome Society’s 25th annual Buddy Walk in New York City on Sept. 14. 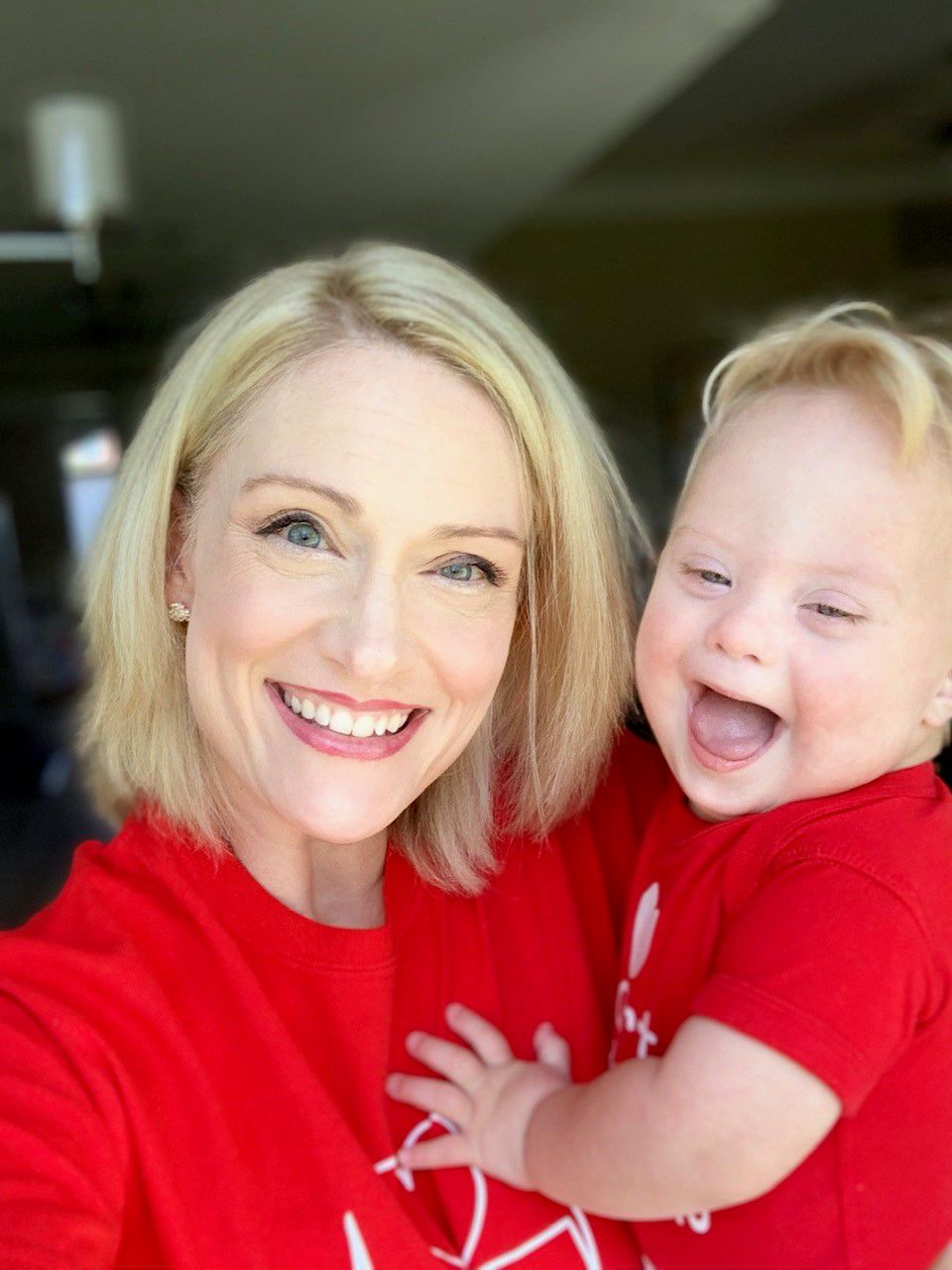 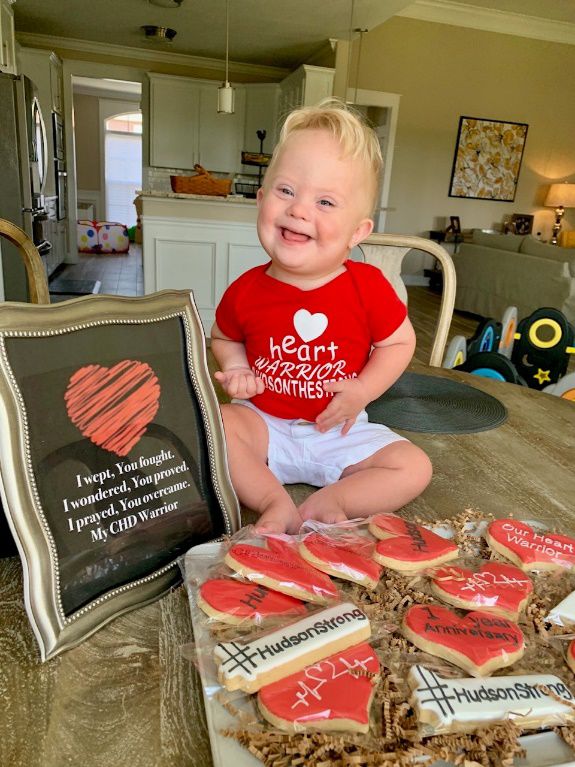 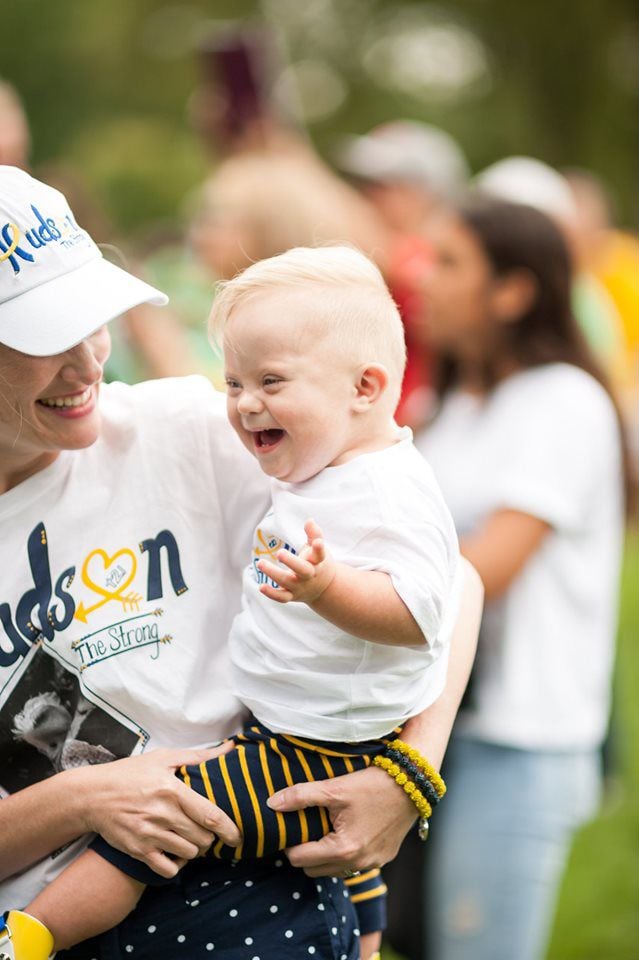 Mika and Hudson Hartman during the National Down Syndrome Society's 25th annual Buddy Walk in New York City on Sept. 14. Hudson was one of two grand marshals selected for the event. 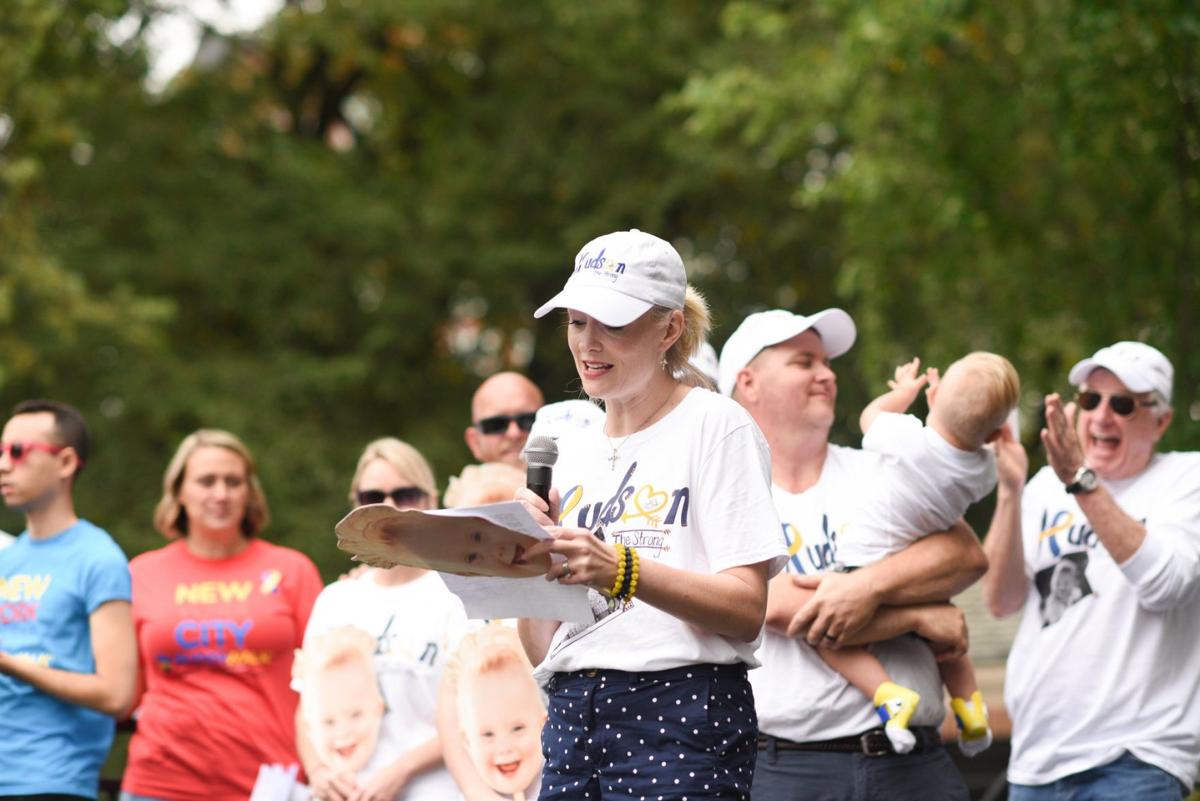 The Hartman family and supporters, in white T-shirts with Hudson Hartman’s photo and the words “Hudson The Strong,” lead the National Down Syndrome Society’s 25th annual Buddy Walk in New York City on Sept. 14.

Mika and Hudson Hartman during the National Down Syndrome Society's 25th annual Buddy Walk in New York City on Sept. 14. Hudson was one of two grand marshals selected for the event.

Hudson Hartman has a smile that strangers cross a crowded room to see.

“He has this loving spirit that’s contagious,” said his mom. “People just gravitate toward him. He smiles about everything. We wake up every day with smiles on our faces and wonder whose heart we’re going to change today.”

The 17-month-old Colorado native has overcome daunting odds in his short life and has also served as an inspiration to thousands.

Hudson, who was born with Down syndrome and a related heart defect, was a grand marshal in the National Down Syndrome Society’s 25th annual Buddy Walk last month in New York City. He and his parents, Mika and CJ, his siblings and friends and family lead a procession of more than 2,000 walkers through Central Park to raise awareness of Down syndrome.

October is Down syndrome Awareness Month. The disorder, identified in 1866 by British physician J. Langdon Down, is a genetic condition where a person has three, rather than two, copies of chromosome 21. Down syndrome affects one in 691 babies born in the U.S., where more than 250,000 people are currently living with it, according to Children’s Hospital Colorado.

“Children who are born with Down syndrome have an increased risk for certain medical conditions such as congenital heart defects, thyroid conditions, airway and respiratory problems, vision and hearing problems, and occasionally childhood leukemia (1%),” states the Children’s Hospital Colorado website.

Hudson was born with Atrioventricular (AV) canal defect — a large hole in the center of his heart — which is common to Down syndrome babies. He had to have heart surgery as an infant to repair the hole. Hudson also had transient leukemia, hypothyroidism, and hearing complications.

Mika, who also has a 21-year-old son and a 10-year-old daughter, was considered “ancient” to be an expectant mom at 42, she joked. The pregnancy was a surprise and a blessing — Mika and her husband thought she was incapable of becoming pregnant after having to resort to in vitro fertilization to have her daughter a decade ago.

The incidence of Down syndrome increases with increasing maternal age. Mika was 13 weeks pregnant when doctors diagnosed her baby with Down syndrome and his heart defect. “The Down syndrome diagnosis didn’t bother us in the least. I was given the gift of life and we would do whatever we could to make sure Hudson had everything he needed. We had a lot of things to learn but we were not worried about learning them,” she said.

To know that your baby has to risk heart surgery is a scary thing, however.

Then Mika learned her own heart was failing when she was 30 weeks pregnant with Hudson. She had a temporary pacemaker implanted so she could continue to carry her baby to full term. Nonetheless, Mika’s heart stopped while she was giving birth to Hudson. “I virtually died on the table and they were able to save me and more importantly, save Hudson,” she said. “I like to think the pregnancy saved my life, having my heart checked.”

The Hartmans planned a special trip to the mountains for Hudson’s first New Year’s. But while they drove even as far north as Woodland Park, his oxygen went down. The higher in altitude they traveled, the lower it went. They turned around.

High elevation can be hard on the heart, Mika explained.

They had built their dream home — the home they intended to retire in — in Wolf Ranch, northwest of the Springs. But, the family decided, if Hudson would do better at sea level, they would go to sea level.

Hudson’s dad is a lieutenant colonel in the Air Force, where he works as a registered nurse anesthetist. He requested and was granted a transfer to Keesler Air Force Base in Biloxi, Miss., where the family had been stationed a decade before.

It was meant to be. “We actually had never even changed our church membership from Mississippi. We’d been looking for our church home in Colorado,” Mika said. In May the Hartmans, minus C.J., who would follow in July, moved to Ocean Springs, Miss.

In just 48 hours at sea level, Mika saw big changes in Hudson. “He went from a restless sleeper to a baby who, well, slept like a baby. He went from a non-sitter to a strong sitter, from a non-crawler to a crawler. Even in the few short months we’ve been in Ocean Springs Hudson has made huge strides,” she said.

The family’s experience in New York at the national event, where Mika shared her story with the crowd, helped them to connect with others who have Down syndrome.

“In New York, Hudson was the center of it all, and he did so well. He waved to everyone and smiled his smile and did just beautifully. He didn’t get fussy ... not one time,” said his mom.

It was important to be there to “move the conversation forward about Down syndrome, that we should be encouraging and not discouraging. And we got to meet our family,” Mika said.

During her talk, she said to the thousands in attendance “that I hope that each of them call me ‘Aunt Mika’ one day. That is my biggest goal that each of them know me and that I can know them and that we can go through this life together.”

The Hartson family is now settled together in Mississippi and Hudson is doing well in his new home. “He does everything that my other children did at his age, but maybe at a slower pace. But I’m older so a slower pace is good!” Mika said.

She said, “He may need glasses at some point. His thyroid is under control. He has tubes in his ears.” And he will need a second open heart surgery for a valve replacement a few years down the road, when he’s grown a bit. The Hartmans are hoping not to have to do that until he’s 10. There’s also the threat of a return of Transient leukemia, which comes back in 20% of children, usually between ages 4-6.

She added, “God had big plans for everything we went through ... everything.”

To learn more about Down syndrome or make a donation to the National Down Syndrome Society, the leading human rights organization for all individuals with Down syndrome, visit ndss.org.

Michelle Karas has called the Pikes Peak region home for more than four years. She became editor of Pikes Peak Newspapers in June. Contact Michelle with column or story ideas, feedback and letters to the editor at michelle.karas@pikespeaknewspapers.com.