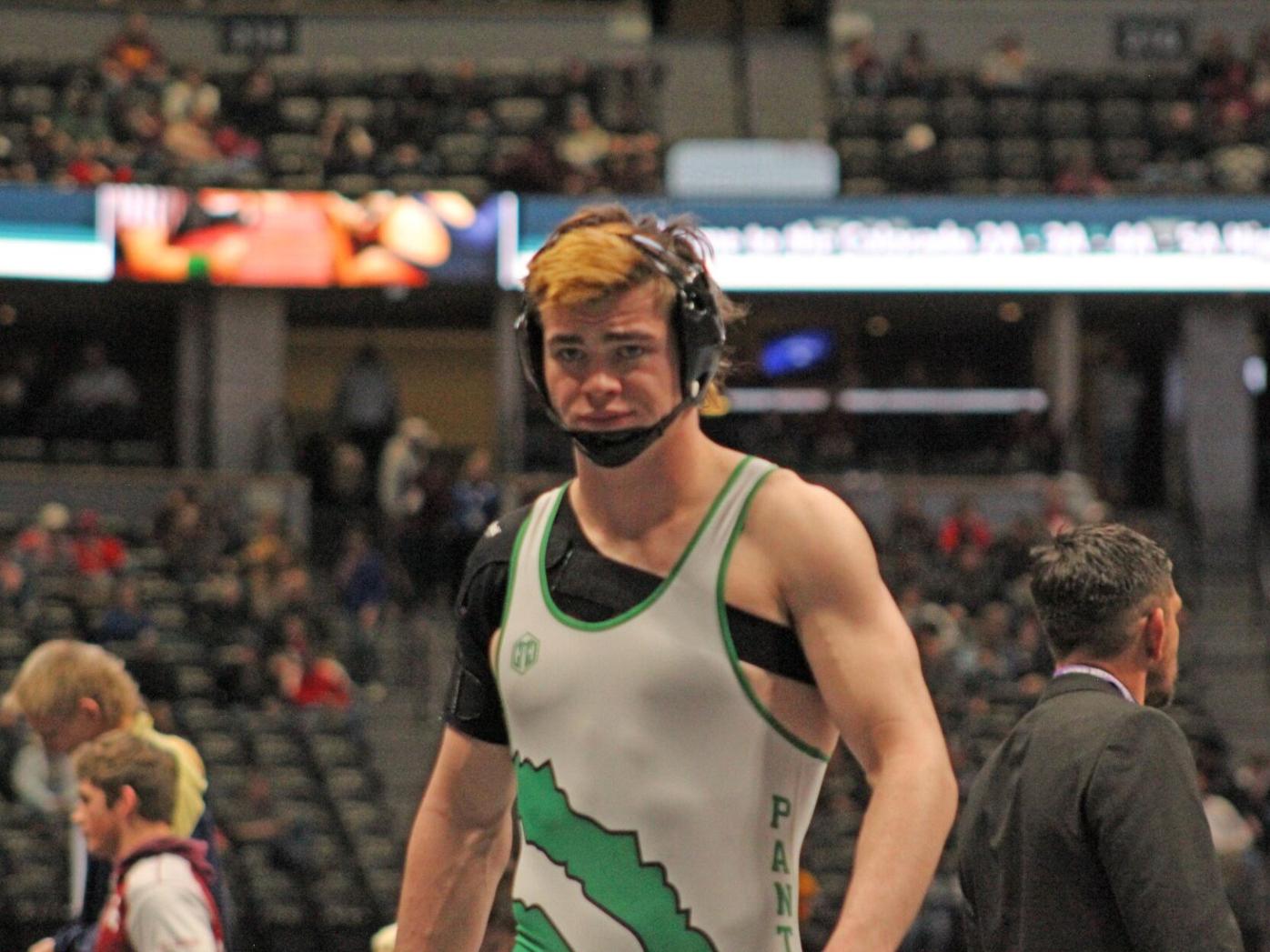 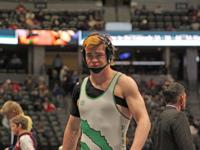 Cole Gray was a state-runner up during his senior year at Woodland Park. 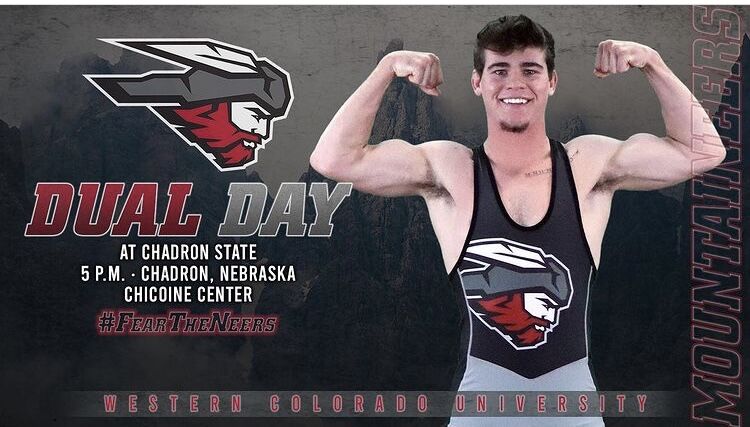 Cole Gray was among the top wrestlers on the Western Colorado University team last season. 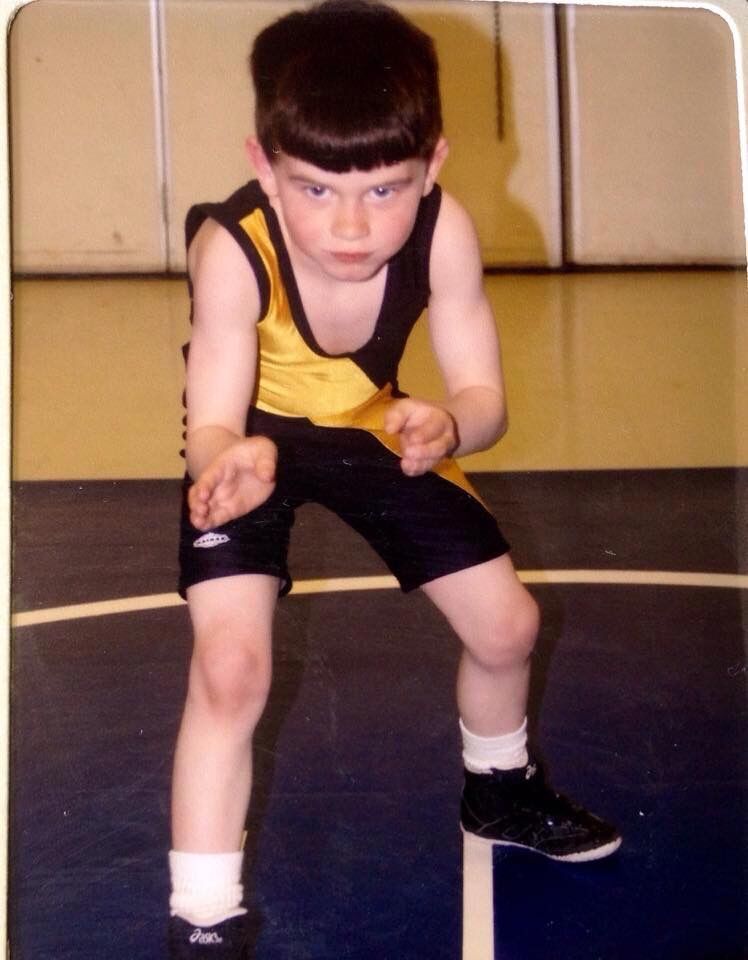 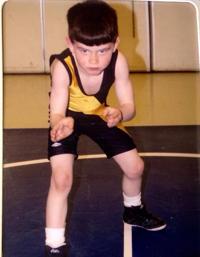 Cole Gray began wrestling when he was 3 years old. 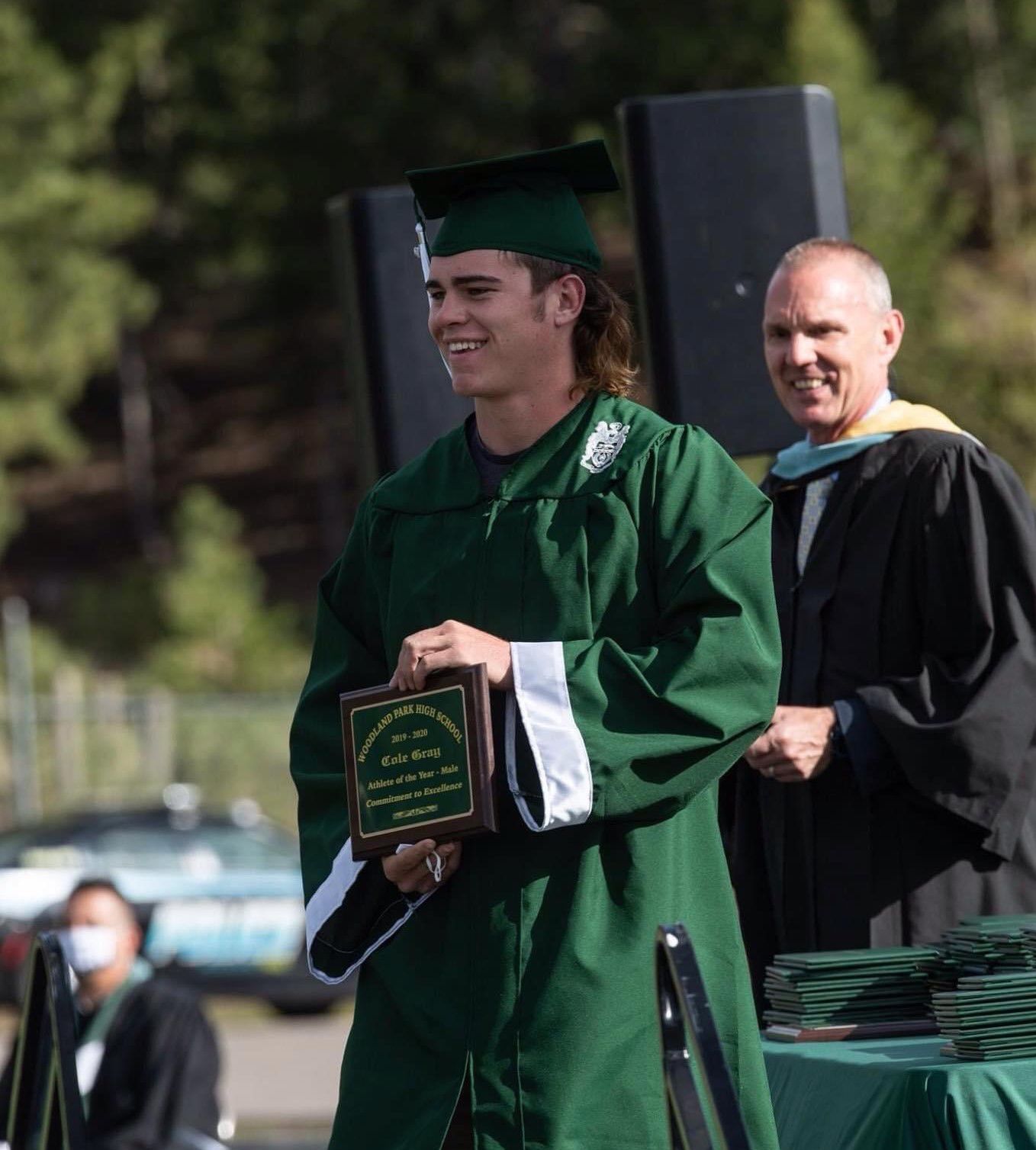 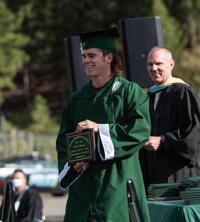 Cole Gray was a state-runner up during his senior year at Woodland Park.

Cole Gray was among the top wrestlers on the Western Colorado University team last season.

Cole Gray began wrestling when he was 3 years old.

Cole Gray graduated from Woodland Park High School in 2020 and is now wrestling for Western Colorado University in Gunnison.

Competing at 184 pounds, Gray helped the Mountaineers to a third-place team finish in the Rocky Mountain Athletic Conference.

At the Western Super Regional VI tournament in February, he was 2-2 and scored 7.5 points while finishing fourth in his weight class.

Gray, who is majoring in business management, had an impressive prep career for Woodland Park. He was a four-year letterman and a four-year state qualifier. He was the Class 3A state runner-up at 170 pounds as a senior, going 33-4.

Gray had a life-changing moment last Halloween when he nearly drowned during a routine duck-hunting outing at Spinney Mountain Reservoir in Lake George. That event changed his perspective on life and wrestling.

“In a flick of a light switch, life can be gone,” said Gray, who turns 19 on Thursday. “What happened to me changed my attitude in practices and matches. Nothing I do in that room can compare to that feeling I had in that lake.”

Gray decided to write an essay on his experience for his English 102 class last fall. His mom, Lori Gray, shared the essay with The Courier.

Gray, of Florissant, is living in Gunnison this summer so he can train with the WCU wrestling team. He is also working as a ranch hand and recently started a power-washing business.

“A lot of the wrestling team was pretty shocked when they read my story,” Gray said. “They were also very caring and gave me great support.”

He doesn’t take any day for granted.

“I look at a lot of things in life differently now,” he said.

Gray’s essay is below:

Have you ever been faced with a true near-death situation?

What would you do if you were?

This question is almost impossible to answer until you have been in a situation that requires you to fight for your life.

I used to see stories on the news of people dying from drowning or similar situations and think to myself, “I could get out of that easy, just swim out.” But one day I was put into one of those situations myself and had to look death in the eyes and fight for my life.

Nov. 1, 2020, marked the day my life changed forever. I traveled back to my hometown of Florissant to go duck hunting with some of my lifelong friends. The day started as a normal day hunting with my buddies, the typical B.S. talking. We had an eventful morning killing a few ducks each and having a good time. After a while, the ducks stopped flying so I decided to take my kayak out on the lake in the hopes of stirring up some ducks.

Keep in mind, I was still wearing my waders, which are like a pair of overalls that keep water off of your legs. These waders are locked on my feet because the boots go over top of them. I had been paddling for about 10 minutes and this is when things took a turn for the worst. I noticed my kayak getting heavy when I turned and looked behind me the entire back end of my kayak was underwater. I began paddling as fast as I could for the shore but unfortunately, I did not even come close. I was roughly 300 yards offshore when my kayak sank, and I fell off.

I immediately began calling out for help as I felt the 40-degree water soaking me and rushing into my waders. At first the kayak didn’t sink completely, and I was able to use it to help keep my head out of the water. After roughly 5 minutes, my kayak had taken on so much water that was sinking at a very fast rate, and around 8 minutes in it was completely gone and I was left stranded with waders full of water pulling me under the surface.

I looked to the shore calling for help and I saw my friends and some other bystanders there on the shore yelling at me that “help is coming. Just stay up.” I was getting pulled underwater every minute or so, it required everything I had to get back to the surface when I was pulled under. I remember when I was pulled under the first few times, thinking “Holy (crap), Cole. You are going to die.”

I kept doing everything I could to tread water and just keep my head up because I knew if I swam for shore I would die. I decide to try and take my waders off when I went to untie my boots I immediately began sinking like a rock. When I opened my eyes and saw nothing but the dark green lake water, I looked up and the surface seemed to be miles away.

This was the moment when the mindset I have gained from wrestling my whole life kicked in. I have gone through some insane workouts and pushed my body and mind to its limits for 13 years, all for the sport I love, and this training saved my life. I told myself in that moment that I was not going to die today, my time had not come yet. I gave everything I had and propelled myself back to the surface.

I treaded water for another 20 minutes before a saw a man in a small inflatable boat coming right to me. By the time the boat got to me the only thing I could keep out of the water was the front of my face. I was swimming with my head leaned back in the attempt to keep my face out of the water. At this point, I was so fatigued and cold that it was all I could do to keep my face out long enough to take a few breaths before going underwater again. The man finally made it to me, and I was able to hang onto his boat until the rescue boat arrived. I remember the man asking me if I had family, when I told him yes, he said you are going to see your family today and added, “Cole you made it.”

This was the moment I knew I had looked death in the eyes and beat it. The rescue boat arrived soon after and pulled me out of the water as soon as I hit the floor of the boat I looked down and saw all the water rushing out of my waders then I blacked out. I regained consciousness when the people on the shore pulled me out of the boat and took me to the firetruck which was the first emergency vehicle on scene. Soon after, I was transferred to the ambulance where they gave me an IV and took my temperature.

My internal body temperature was 46 degrees when they took me out of the water. I was submerged for 35 minutes in the 40-degree water before the boat arrived and got me out. The paramedics told me it was a miracle that I was alive and that they were positive they would be conducting a recovery mission for my body. I was flown by Flight for Life to the hospital, where they put me in recovery until my internal body temperature was back to normal.

I was sent home that night with no side effects and a new perspective on life. I now know how lucky I am to live the life I do and that is something I will never take for granted again. Life can be taken from you or someone you love in a second so appreciate every moment you have. While I believe God sent that man in the boat to me and gave me the strength to stay above water, it was also the mindset I have developed over my wrestling career that kept me alive.

I was not going to give up until I made it out alive. My college coach always tells us during hard workouts to go to deep waters and push ourselves past our limits. This is what I did on that day both mentally and literally.

In the end, I am grateful that it was me in that situation because had it been anyone else with me they would have died. I do not say that to boost my ego or be cocky, I say that because I know what my body and mind is capable of and the average person does not have those same mental capabilities. Wrestling saved my life that day and I know the mindset I have learned from this sport will take me to very successful places in my future.

If I have one message I can share with anyone reading this story, it would be call the ones you love and tell them because life is a fragile thing that can be ripped from your hands in a second, and ask yourself in times of struggle — are you going to go to deep waters and swim or are you going to let yourself sink?