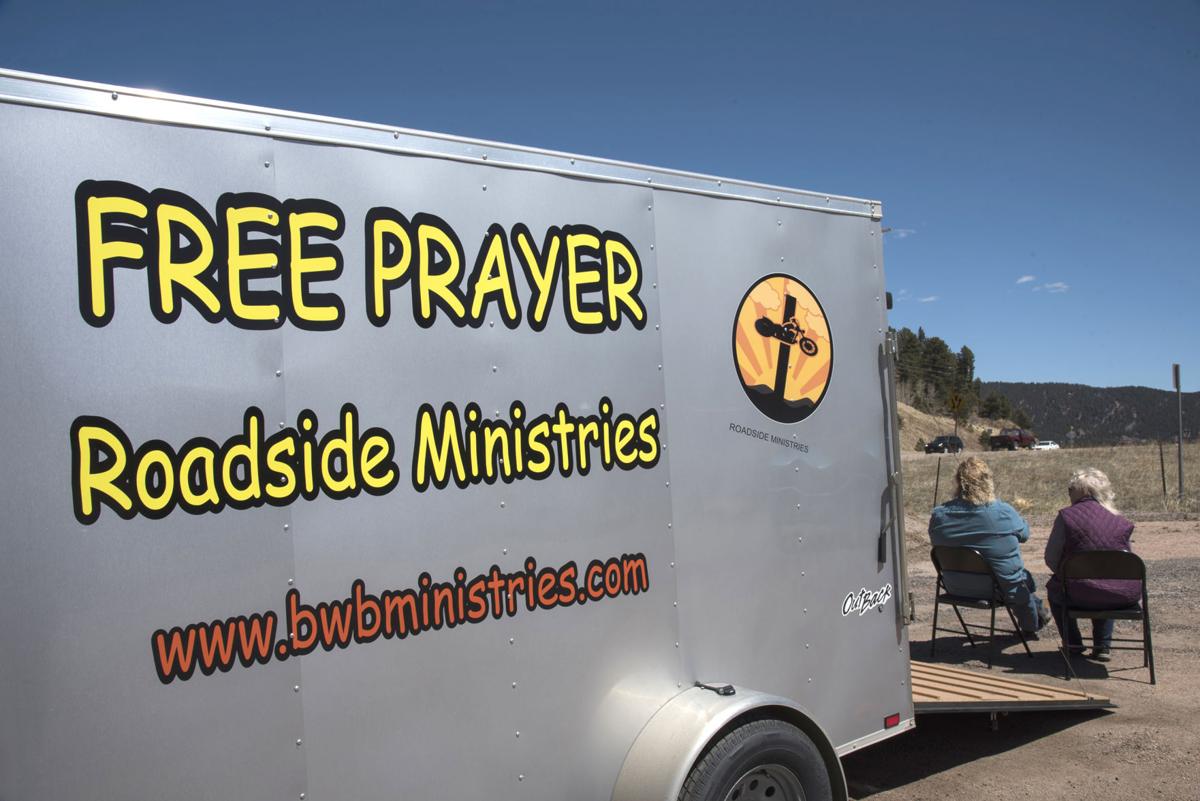 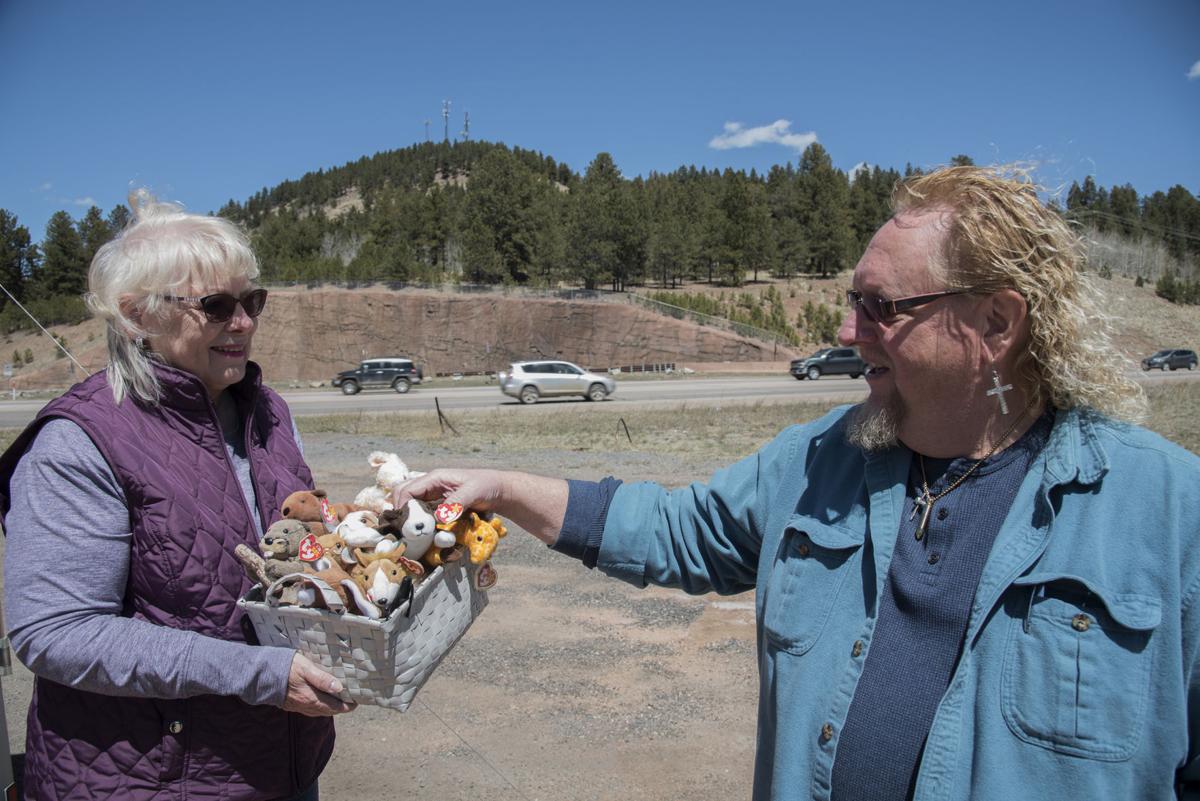 Karen and Emil Liko offer a Beanie Baby plush animal to anyone who accepts Jesus into their heart while praying with the couple as part of their roadside prayer ministry. 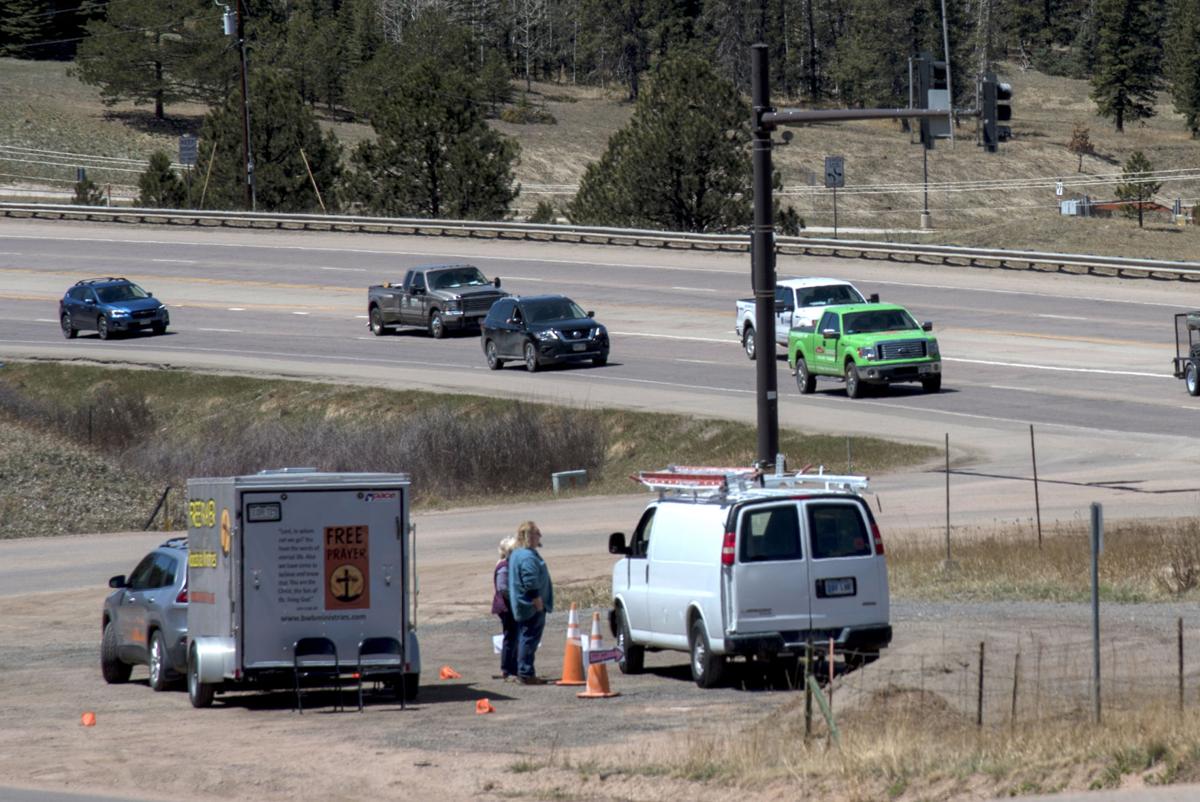 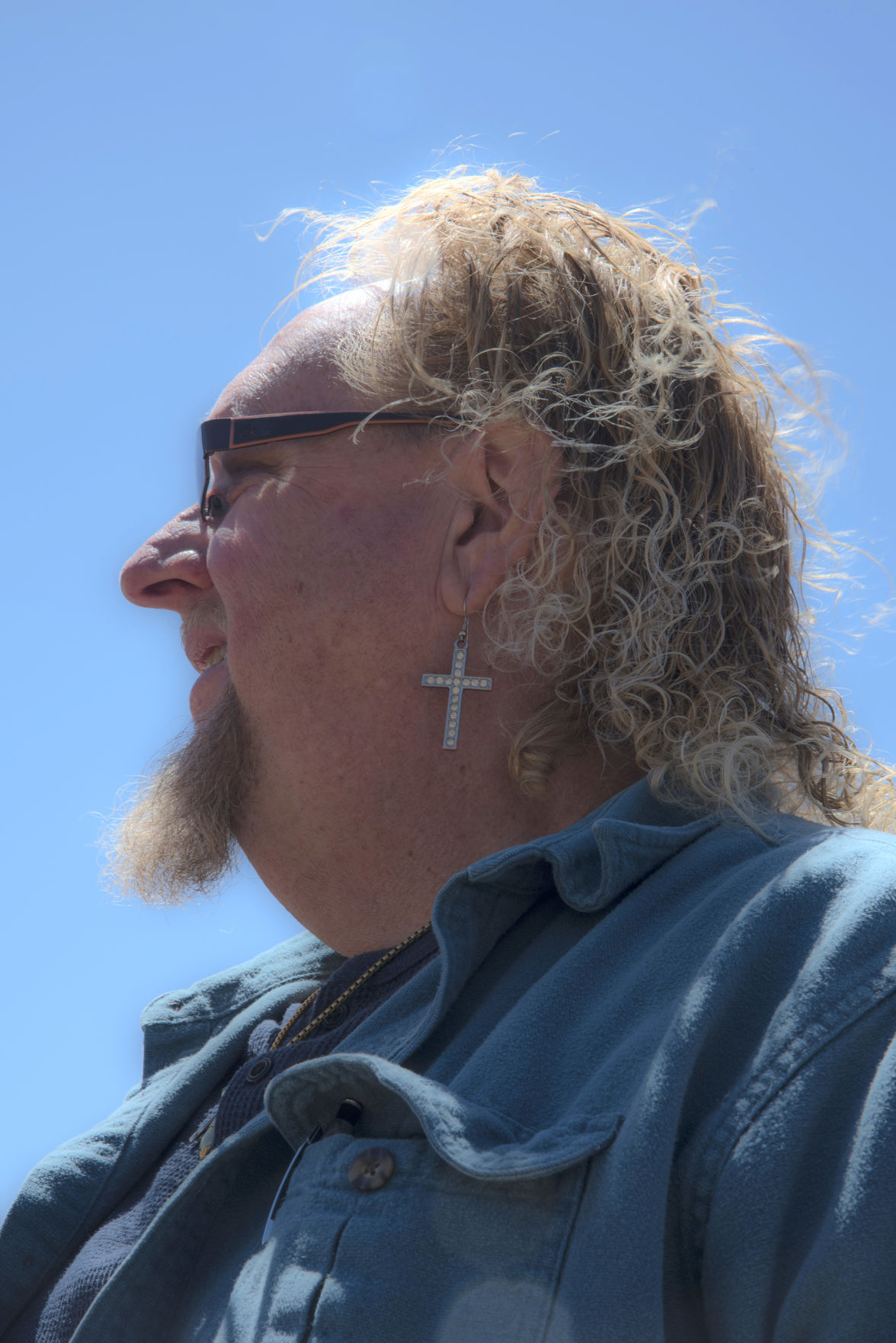 The “Free Prayer” sign Florissant residents Emil and Karen Liko plunk by the side of the road attracts more than the weary, the downtrodden and the brokenhearted.

The bird, not the kind in the sky, sometimes flies out of cars whizzing by, along with assorted obscenities.

But that’s not the worst: Poorly aiming gunslingers in Arizona shot at them on two occasions.

Resistance to the couple’s 16-year-old Roadside Free Prayer service tells the Likos, both ordained ministers and former church pastors, that they are indeed doing God’s work.

One wayward bullet that came from a truck on an Arizona roadway landed in the dirt six inches from Karen’s foot. “We still have the casing,” she says.

At the time, the couple turned to one another and said, “We just got shot at.”

Emil said God replied to him, “See, that’s how much I can protect you.”

Over the years, the couple has operated their traveling prayer ministry in nine states, the last three years in Colorado.

While the coronavirus has changed nearly everything about daily life, people’s problems remain the same. Divorce, grief, illness, past hurts, family grievances, drug addiction, finances and job loss have been common troubles for which people sought prayer before and after the pandemic, the Likos say.

“There’s a lot of brokenness,” Karen says. “People have been mistreated, they have childhood trauma. It’s the same where ever we go.

“We see people leave the hospital with a bad diagnosis and stop because they want someone to pray for them. Some are in the middle of an argument and come upon us and want to pray. We help them get to the root of their issue.”

After beginning cancer treatment for the third time, Divide resident Mary Scott needed someone to talk to. She and her husband had taken a break from attending church, so when they passed the prayer trailer last year, she said she got a feeling they needed to turn the car around.

“The day before, we’d had a rough day, it was really emotional,” she said.

Scott and her husband spent an hour praying with Karen and Emil.

“When we got done, it was like a big weight off my shoulders,” Scott said. “They’re really good at helping you understand things. I’m now focused on God and healing, and not my treatments.”

Miracles, healings and spiritual conversions have been as bountiful as the biblical loaves and fishes tale.

One couple stopped to pray with the Likos on their way to the hospital emergency room because the wife appeared to be having a miscarriage. Later, the couple contacted the Likos to say the wife delivered a healthy baby.

The Likos stopped counting after they hit 1,000 people who had accepted Jesus as their savior during a prayer session.

“We just sit and talk with them and address their issues,” Emil says. “Once they come to that term and want to accept the Lord, they get delivered on the spot.”

People receive a new bible and a Beanie Baby plush animal with the date written on the tag, “So they never forget the day they accepted the Lord.”

The prayer ministry is nondenominational, and it doesn’t matter to the Likos what particular church or philosophy people subscribe to.

“We never pressure people. God said never argue with people, so we never get into theology,” Emil says.

They also don’t judge. The couple ran their own church in Idaho through the Association of Vineyard Churches, a neo-charismatic evangelical Christian denomination, for five years and used the same approach.

“We don’t take sides,” Emil says. “God said people don’t want your opinion; when they stop, ask me what to say.”

That’s what Emil and Karen do.

“We start praying, ‘God what do you want us to say,’ as soon as someone pulls in,” Karen says.

Their purpose, she says, is to help “set people free” of their burdens by offering God’s “love, acceptance and forgiveness.”

It seems like Emil and Karen have a direct line to God, said Woodland Park resident Esteban Ruiz, who works as a nurse and is studying to become a pastor.

Several times when he’s sought their prayers, he said the couple already had divine inspiration on what to tell him and his wife about their careers and studies.

“Without giving them any background, they knew about my sons and told me some things that went deep into my heart,” Ruiz said. “I couldn’t stop weeping.”

Emil and Karen usually park their trailer on weekdays in two places in Teller County that the Colorado State Patrol has approved: One is the intersection of U.S. 24 and Trout Creek Road; the other is near Mueller State Park, off Colorado 67.

Some days cars line up. Other days it’s just a handful of takers.

Restrictions from the coronavirus have led to a drive-up service instead of meeting with people inside the decked-out trailer Karen and Emil haul behind their car.

The word “free” in their sign is literal. They don’t charge anyone to pray with them or ask for an offering. But they’ll accept a donation if someone is so inclined.

Supporters contributed nearly $14,000 a year ago that enabled the couple to buy and adapt the trailer to include a heater and a restroom.

The Likos pick up and move to another state when traffic for their service slows and God tells them where they should go next.

They quit as pastors of their church in Idaho when one Sunday Emil said he heard God audibly say they should only do roadside ministry.

The prayer business has been good in Teller County.

“This spot is such a great crossroads,” Karen said recently at the pullout near Woodland Park. “Crises never end, whether it’s the coronavirus or not.”

Religious nonprofits in Colorado Springs receive more than $1.75 billion a year from donors to provide a range of services, programs and produ…