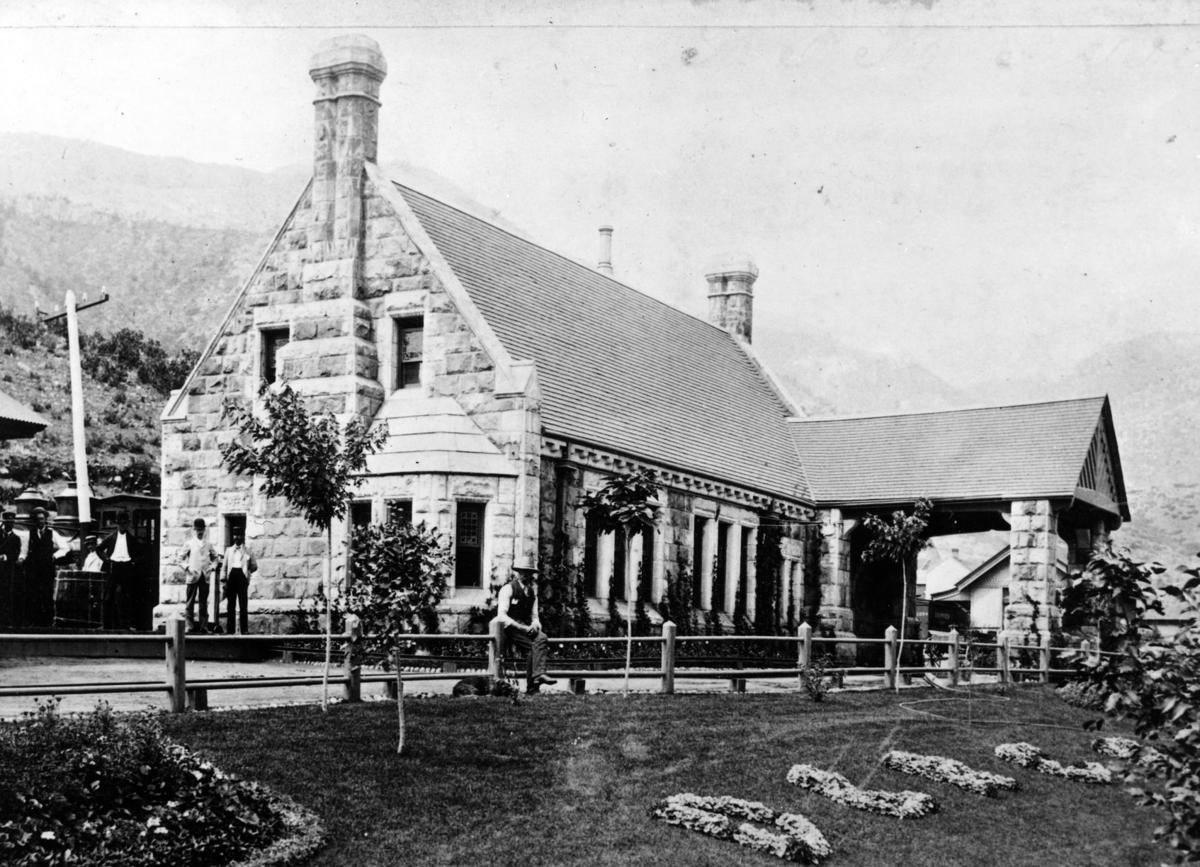 Exterior of the Denver and Rio Grande Railroad depot in Manitou Springs. The railroad was launched by Gen. William Jackson Palmer, the founder of Colorado Springs. 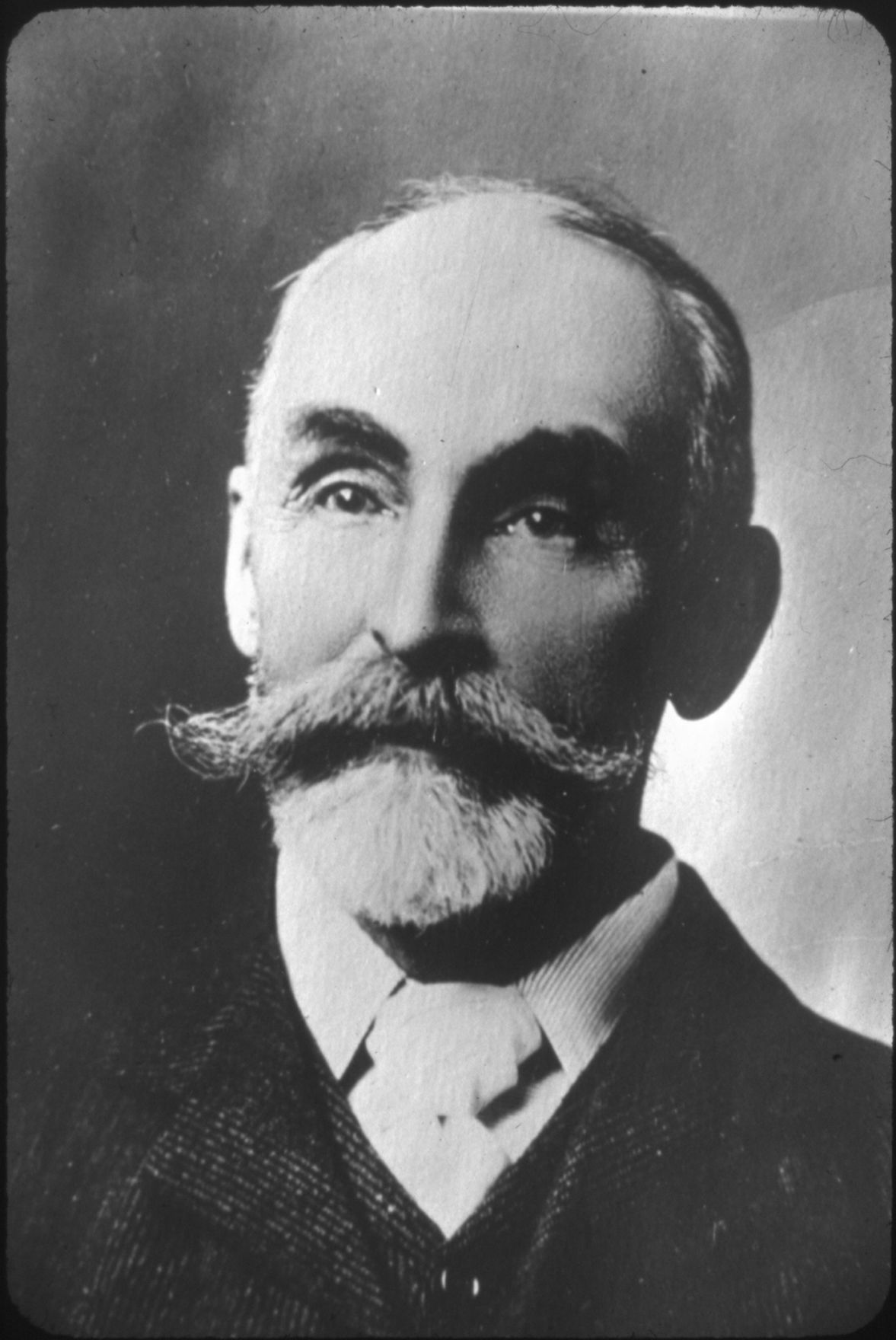 A portrait of Dr. William A. Bell, circa 1890. Bell, an Englishman, and Gen. William Jackson Palmer founded Manitou Springs in 1872 as a health resort, according to manitouspringsgov.com.

Exterior of the Denver and Rio Grande Railroad depot in Manitou Springs. The railroad was launched by Gen. William Jackson Palmer, the founder of Colorado Springs.

A portrait of Dr. William A. Bell, circa 1890. Bell, an Englishman, and Gen. William Jackson Palmer founded Manitou Springs in 1872 as a health resort, according to manitouspringsgov.com.

Dr. William Abraham Bell came to the United States from England just after the Civil War. At the time many were doing this — the opening of the American West was attracting many Europeans, too.

Bell came to St. Louis looking for a medical position. Gen. William Jackson Palmer was assembling a team to explore for a railroad route to California at the same time. Palmer needed a photographer. Bell, with a basic knowledge of chemistry, took a series of lessons from a St. Louis photographer.

In those days much of photography was about using the chemicals to get good images. The difficult part was making a light sensitive brew and getting it to stick on a piece of glass, to make a negative. A photograph was made from a negative which was exposed to light while the chemicals were still wet. Chemicals reacted to the light and this could be made into a picture by shining light through it again on a piece of paper. Bell grasped the skills quickly and applied to Palmer for the job.

Palmer hired Bell, and along the way the two became close friends. Bell had come from a fairly well-to-do English family, and Palmer had been in England before the war. The railroad they were working on never developed to reaching California, but these two men would continue on railroad ideas. As Palmer started on his own railroad, Bell would be right there with him. As the Denver and Rio Grande railroad progressed, Bell helped by arranging for English investors to help with financial backing. He also bought land along the way for building the railroad, and towns along the way.

One of the first towns he helped build was Palmer Lake, which had a variety of names before that one was selected. Another was Manitou, which also had other names suggested.

Bell and Palmer traveled between England and Colorado several times in the late 1860s and 1870s. Bell returned in 1872 to marry, bringing his new wife back to the new mountain town. In addition to developing the plans for Manitou’s streets, he built a hotel, Manitou House, as well as a home and a church. I have told how the church became a railroad station when the Rio Grande finally was built to Manitou. Another church was built up in the center of town. He also started another resort up on the upper end of Ute Pass called Manitou Park.

Manitou Park was a scenic spot in the mountains near a well-aged forest. Much of the old forest near Colorado Springs had burned in a fire in the 1850s. Only in the high mountains and Black Forest was sizable lumber for building. The lumber from Manitou Park would help build Manitou and Colorado Springs, as well as help inspire building a railroad in Ute Pass.

After the turn of the century both Bell and Palmer were moving out of the railroad business. Bell spent more and more time back in England, and when Palmer died in 1909, that is where he was. Over the years he returned to Manitou. His last visit was in 1920, and not long after his return to England he died.

Many of his photographs taken in 1867 on the trip with Palmer have been lost, but he wrote a book about the trip and used some of those photographs.