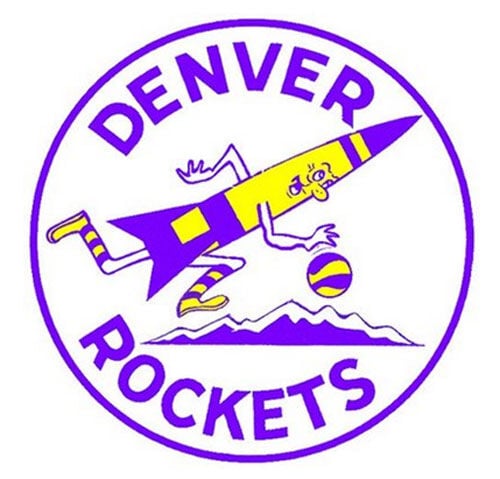 The Denver Nuggets NBA team was originally named the Denver Rockets and played in the ABA. 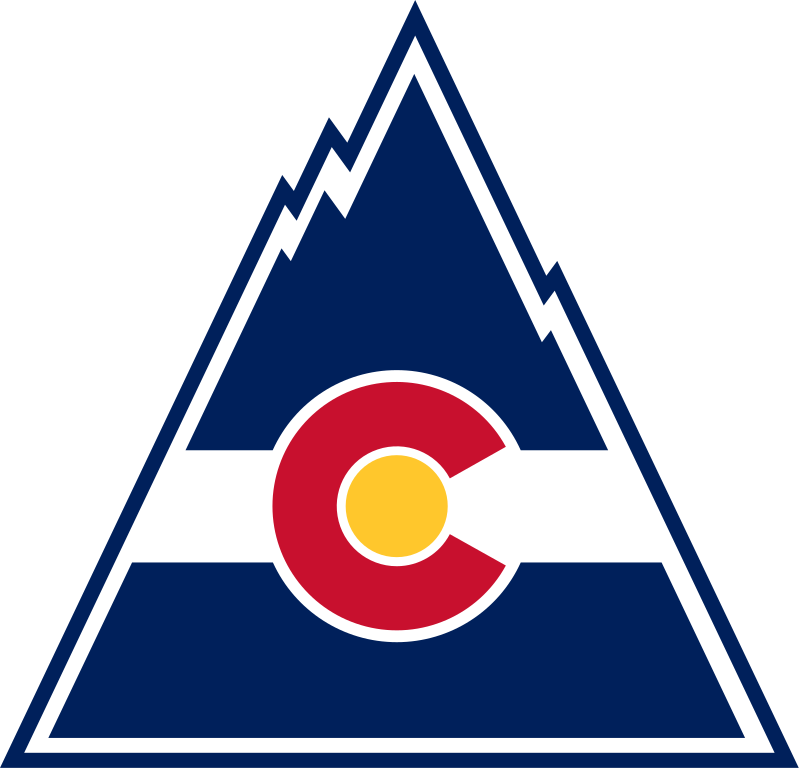 The Colorado Rockies played in the NHL from 1976-82. The franchise relocated to New Jersey.

The Denver Nuggets NBA team was originally named the Denver Rockets and played in the ABA.

The Colorado Rockies played in the NHL from 1976-82. The franchise relocated to New Jersey.

I’ve always found the origin of professional sports teams, their nicknames and logos interesting. The Rocky Mountain Vibes, for example, were the Helena (Mont.) Brewers before relocating to Colorado Springs after the 2017 Pioneer League season.

When the team was in Helena it was also called the Phillies and the Gold Sox.

The original Colorado Springs Sky Sox played here from 1950-58. They were named in honor of the Chicago White Sox, the team’s parent major league club. Calhan resident Melvin Barhite came up with the Sky Sox name when the new Colorado Springs club announced the “name-the-team” contest in The Gazette.

When professional baseball returned to Colorado Springs in 1988, Sky Sox was the easy choice to name the team. That name stuck through the 2018 season, when the team relocated to San Antonio and became the Missions.

Did you know that Denver is one of only 12 cities in the United States to have a major league team in the four major North American sports? Taking up residence in the Mile High City are the Colorado Rockies (MLB), Denver Nuggets (NBA), Colorado Avalanche (NHL) and Denver Broncos (NFL).

The Rockies are the only one of our state’s big four that has been in the same city and same league from its inception. Let me explain.

The Nuggets weren’t always known as the Nuggets and they didn’t always play in the NBA. The franchise has its roots in Kansas City — sort of — and was originally called the Denver Rockets for the first seven seasons when they played in the defunct American Basketball Association from 1967-76. The Rockets became the Nuggets for the 1974-75 season and joined the NBA in 1976 when the NBA absorbed four ABA teams.

The Rockets/Nuggets franchise was first awarded to an ownership group that was based in Kansas City. But when the ownership group could not find a suitable home for the team in the upstart ABA, league commissioner George Mikan suggested Denver. The Denver team was originally called the Larks.

When the ownership group was found to not have enough capital to operate, Denver trucking magnate Bill Ringsby bought the franchise and called it the Rockets after his company’s long-haul trucks. For a few seasons, the company’s logo was also the team’s logo.

Believe it or not, the Broncos have an even stranger story.

The Broncos came about as the result of Denver Bears minor league baseball owner Bob Housam (his son Robert lives the Broadmoor area) failed attempt to land a major league baseball team in the new Continental League. That league was the brainchild of Branch Rickey (whose grandson Branch Rickey III owns a home in the Broadmoor area), who came up with the idea of the new league in 1959 to challenge the rival National and American Leagues.

Major League Baseball put the kibosh on the new league, which was to have Denver as one of its cities. Dejected, and probably a bit angry, Housam joined forces with seven other businessmen — led by Dallas oil magnate Lamar Hunt — to start the American Football League. The AFL began operations in 1960 with the Denver Broncos among the inaugural teams. The Broncos played their home games in Housam’s baseball stadium known as Mile High.

Major league hockey in Denver has the wildest history of all. The Avalanche have called the Mile High City home since 1995 after the franchise was relocated from Quebec, Canada (Nordiques).

The Nordiques were a charter member of the old World Hockey Association in 1972. The Nordiques played in the WHA through the 1978-79 season, when the WHA merged with the NHL.

Denver had an NHL franchise 13 years before the Avs. The Colorado Rockies played in the Mile High City from 1976-82. The franchise started in Kansas City in 1974 and played two seasons as the Scouts.

The hockey Rockies moved to New Jersey for the 1982-83 and became the Devils.

As long as teams have been around, they’ve been relocating and changing their names. I don’t see that trend stopping anytime soon.